Empire is one of two multi-residential projects Cameron Chisholm Nicol completed for TRG Properties in the Perry Lakes Estate. Together they demonstrate a considered approach to urban design that makes a strong connection to the site's history. 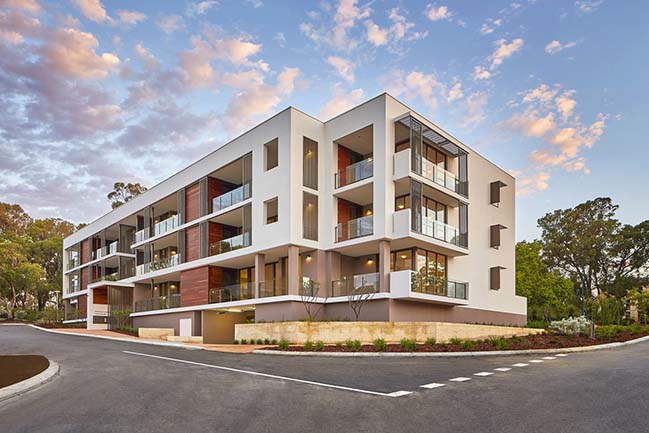 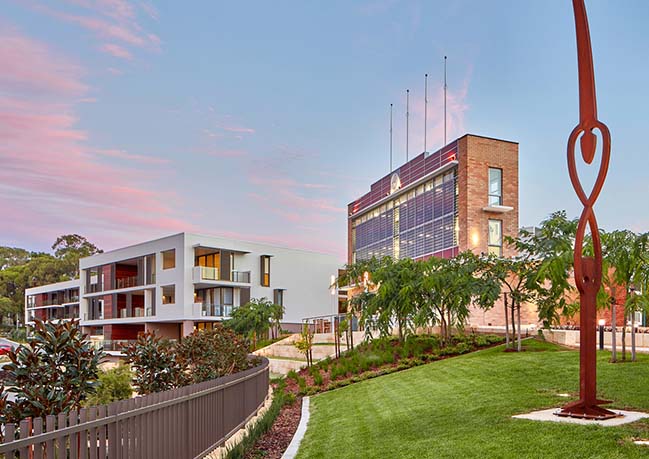 From the architect: Empire is exemplar for urban infill located on the former site of the 1962 Empire and Commonwealth Games in Perth. A medium-density residential development comprising 124 apartments, Empire is positioned at a main entry point to the new Perry Lakes Estate and plays a pivotal role in shaping precinct’s character and identity. 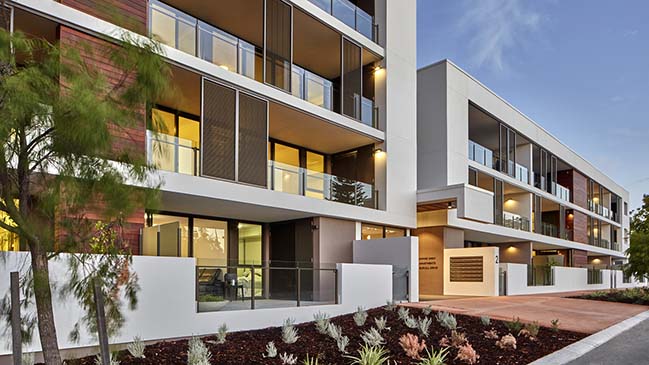 The winning entry in a Landcorp design competition, Empire is built across two lots at the southern end of Stadium Drive, a circular road which mirrors the original stadium’s running track. Empire East is a single building containing 27 apartments. Empire West contains a further 96 apartments across two buildings. 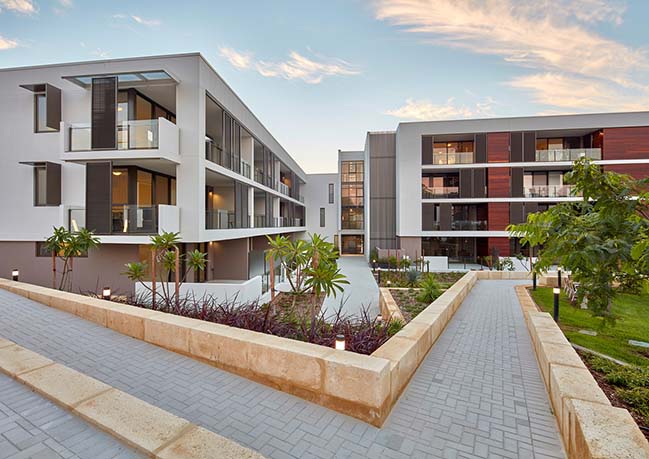 Conceptual framework - The overarching design idea was to bookend Stadium Drive with quality built form that responds to the geometry of the original stadium, and references the site’s architectural history through a Modernist design language. Articulated by orthogonal built forms, horizontal planes, flat roofs and a prescribed colour palette, the development respects the estate’s detailed design guidelines.

The underlying conceptual framework is driven by client TRG Properties’ brief for a mix of housing types that deliver on high social, environmental and economic aspirations. 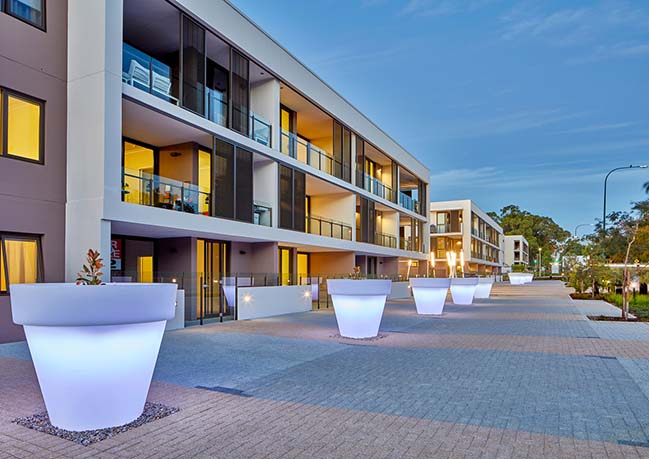 Master planning and urban design - Empire is set out in accordance with the massing controls and setbacks defined in the estate design guidelines. Every elevation directly connects to the surrounding streets and is fully activated via windows, balconies and courtyards. This allows residents to interact, and fosters social sustainability. Pedestrian access and entries are clearly identifiable, and entrance porticos offer shelter, security and a recognisable point of address. 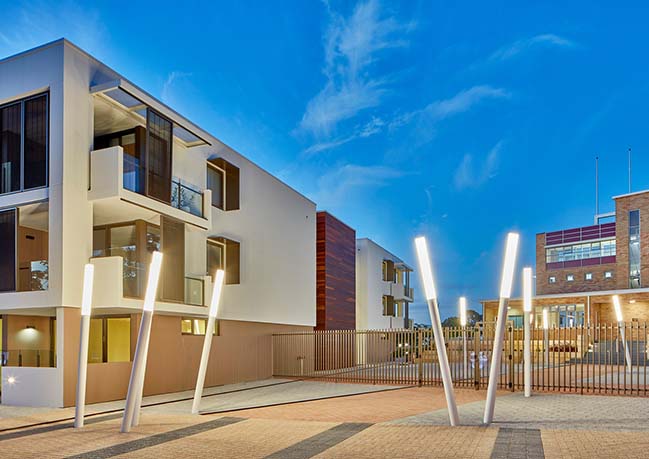 Empire West is planned around a central axis which retains an important viewing corridor to the original Commonwealth Games scoreboard building. The scoreboard has been restored to become a resident facility, and creates a landmark for the entire precinct. The viewing corridor allows the historic scoreboard to be seen from outside the development, linking to the community beyond. Paving patterns and fencing are aligned to the layout of the original turnstiles and entry point, and integrated artwork references javelin poles. 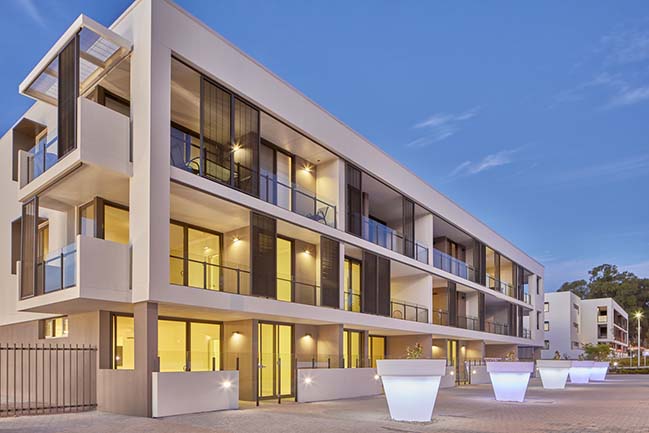 Empire’s landscaped gardens feature 2,468sqm of deep-soil planting zones, equating to 22% of the site area. Extensive limestone retaining walls follow the curve of the running track, and accurately recall the precise location of the original stadium seating. A commissioned sculpture by artist Greg Johns adds another unique element to the gardens. 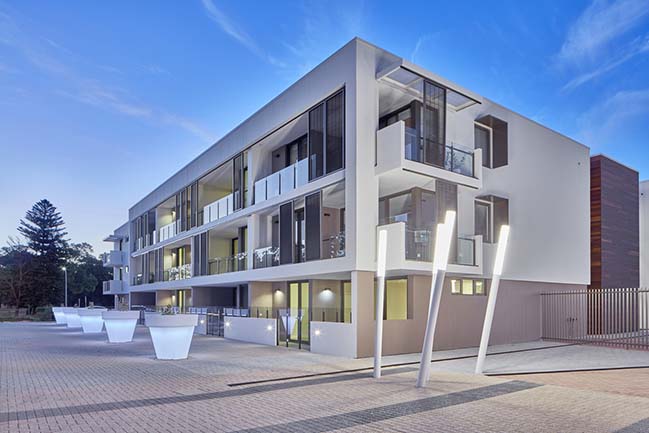 Apartment design - A mix of dwelling types across one, two and three bedroom configurations demonstrate many of the principles in the Design WA guide to good apartment design. Passive design is integrated through orientation and careful layouts. Best-practice is implemented in relation to good sunshading, ample storage, over-sized balconies and concealed AC units. A number of apartments are adaptable for ageing- in-place. 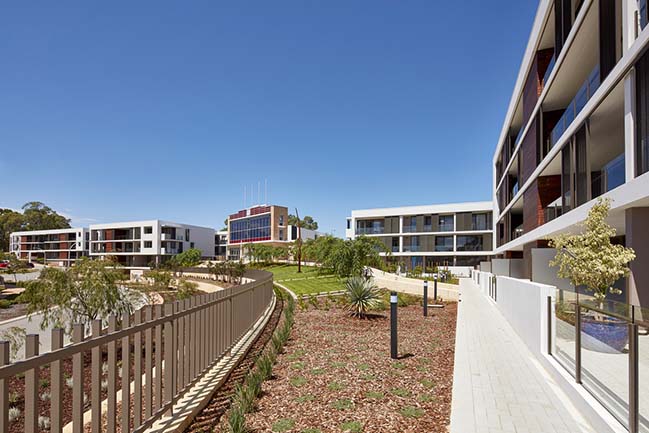 Outcome - Considered planning, quality built form and integrated landscaping successfully mediate between public and private space and make a generous aesthetic contribution to the public realm. Setting a benchmark for quality urban design, Empire is a good example of quality apartment design which capitalises on under-utilised land close to existing infrastructure and amenity. 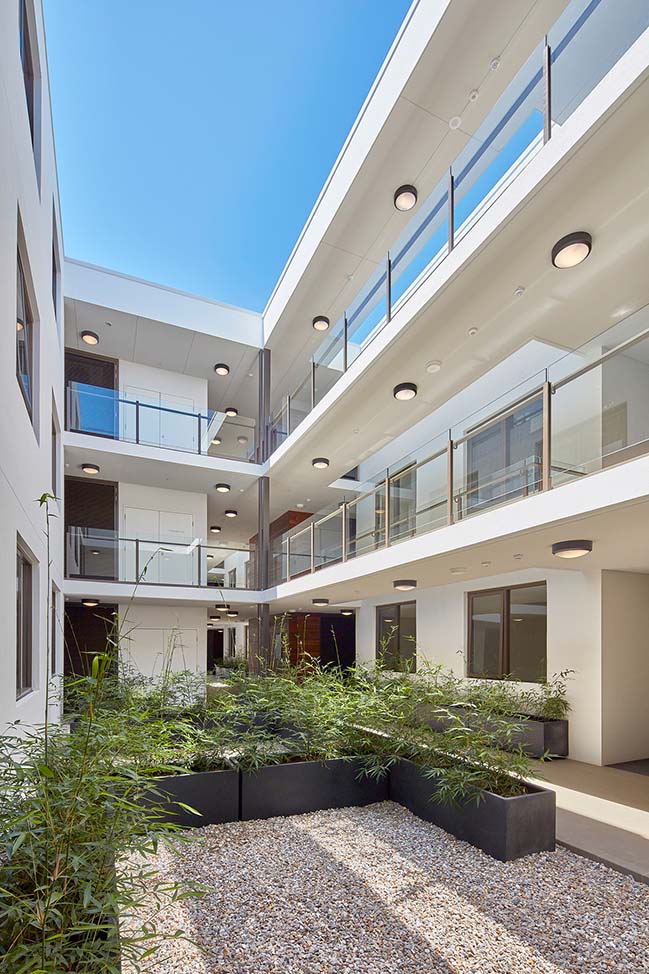 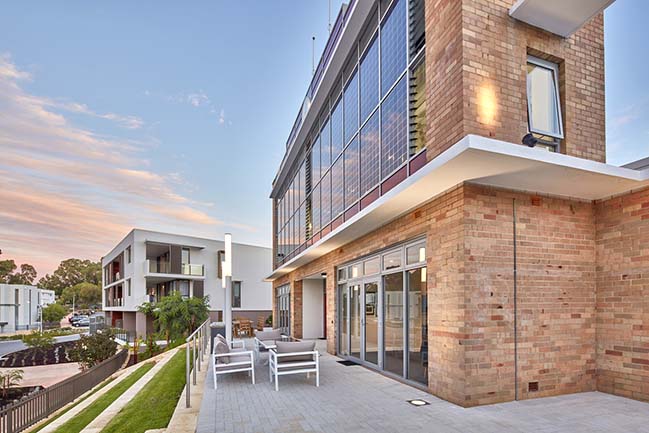 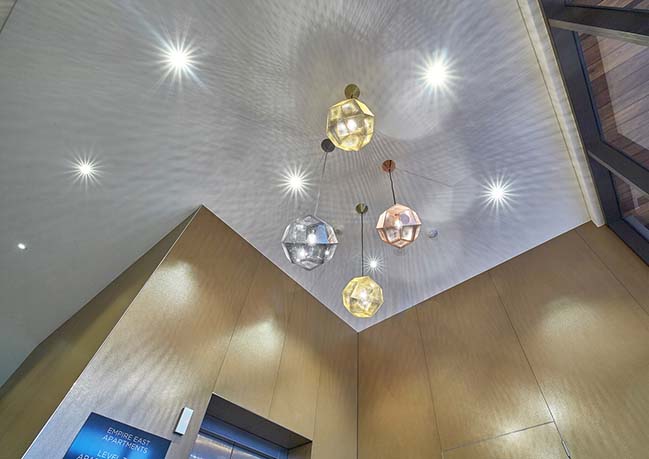 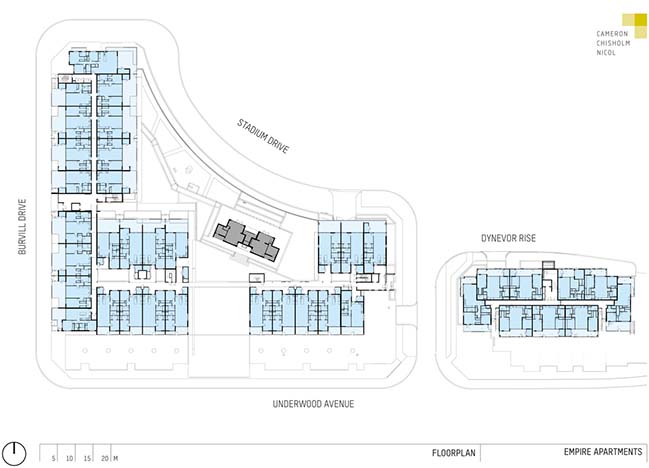