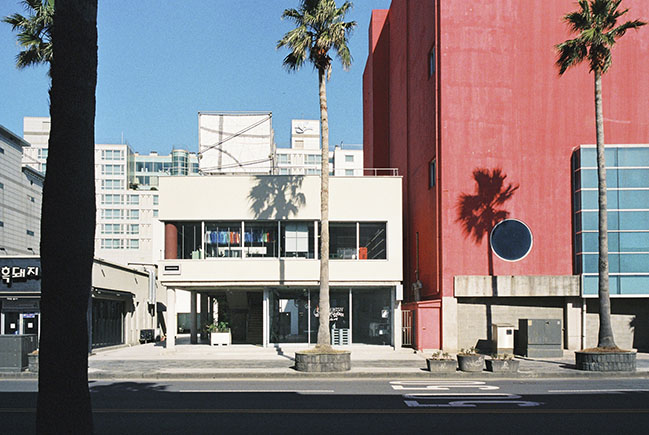 From the architect: This building was originally used by Burger King on the first and second floors, and faces the main street to the south. This project is designed in line with ARARIO’s concept of “invisible development,” which aims to create activities in the alleys between buildings. In order to use this ground floor as a place for people to freely come and go, we added more voids and highlighted the pilotis as much as possible. Both sides of the building are clad in glass so that people walking on the streets on the south and north sides can see each other. 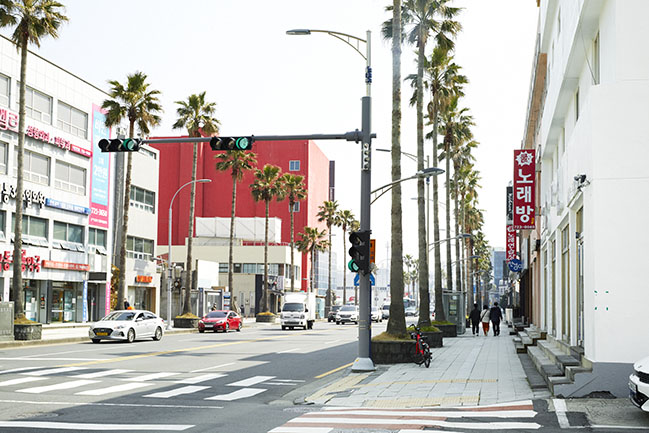 We decided to locate the Freitag store, which requires an ample interior space and wall storage, on the second floor, because we thought that those who would visit this place would surely go up to the second floor if they are curious to see it. About half of the second floor was previously used as a terrace seating area for Burger King. 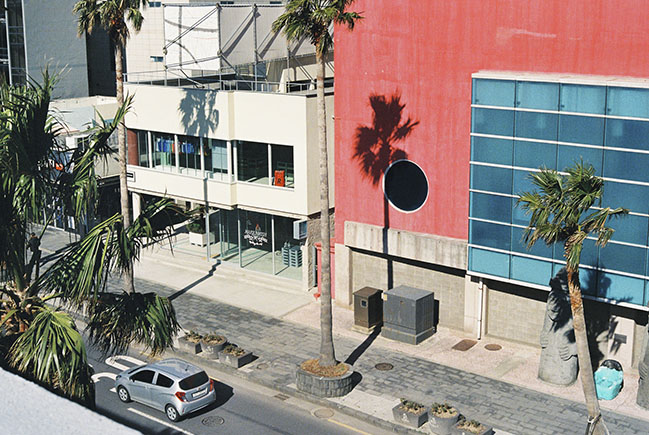 There were large black and white tiles in a checkered pattern on the floor, window sashes in the walls with geometric patterns like those on old-fashioned vinyl luncheon mats, and cast iron railings with a cheap-looking plant pattern that resembled the ones sold at home improvement stores. The somewhat frivolous pop design of the ’80’s evoked a sense of nostalgia. 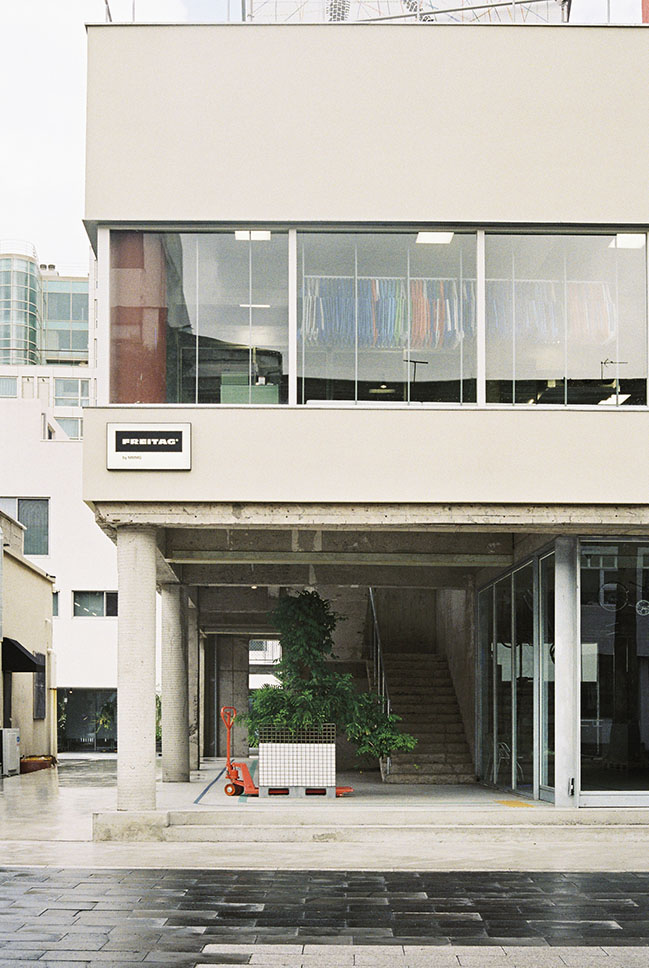 Considering the fact that Freitag’s products are made from recycled truck tops, seat belts, bicycle tire tubes, car airbags and so on, it made sense to mix the nostalgic and pop space with the new store space as if making a collage. A semi-outdoor bar was placed on the boundary between the terrace and the interior, allowing the terrace to come alive and become part of the store. 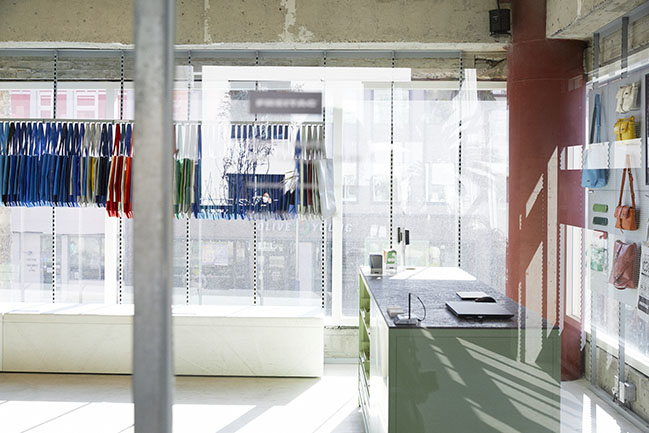 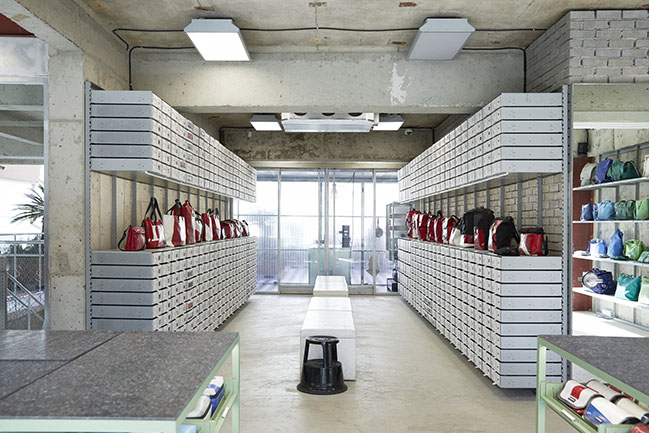 YOU MAY ALSO LIKE: D&Department Jeju by Arario by Jo Nagasaka / Schemata Architects 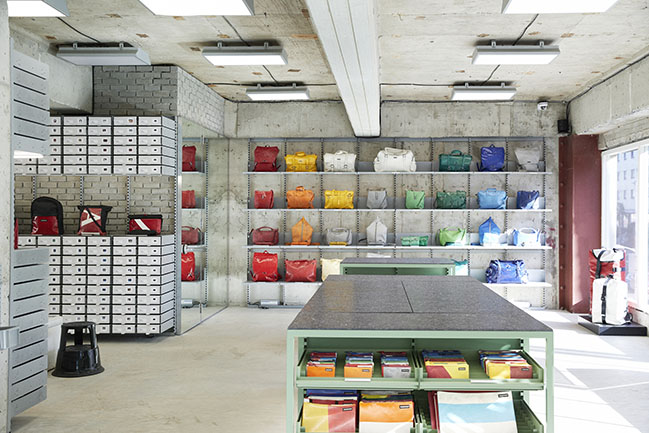 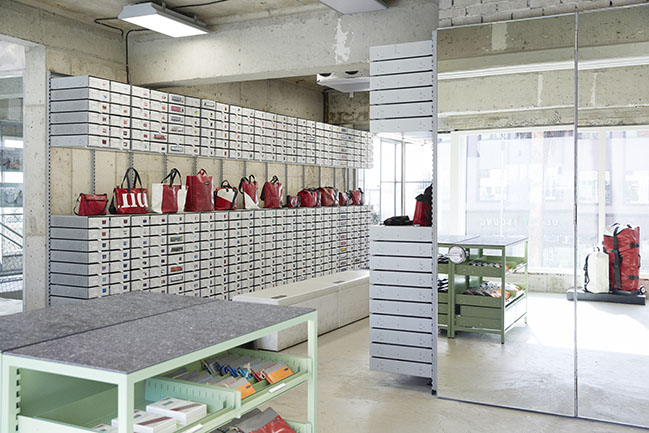 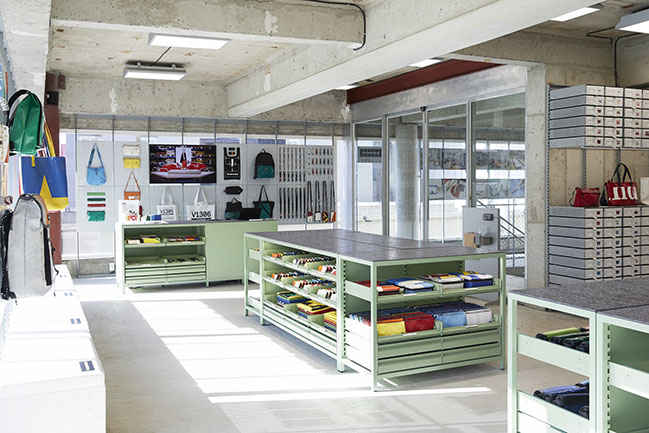 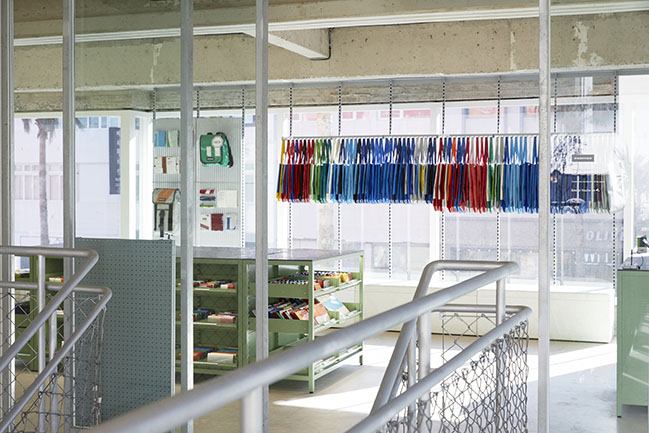 YOU MAY ALSO LIKE: Creamm by Jo Nagasaka / Schemata Architects 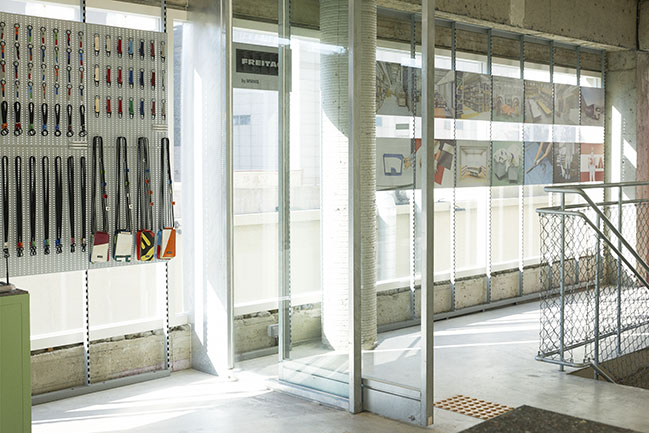 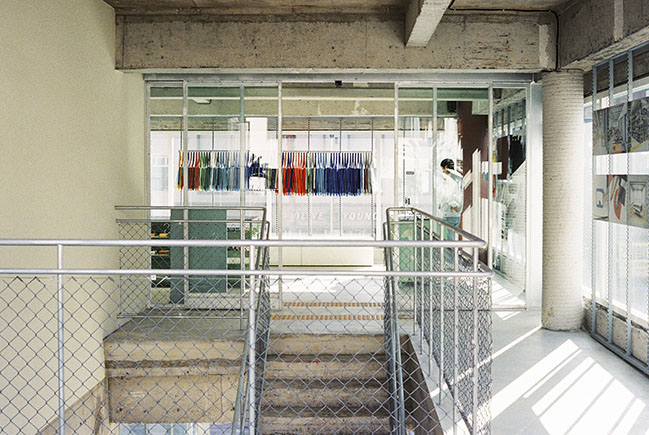 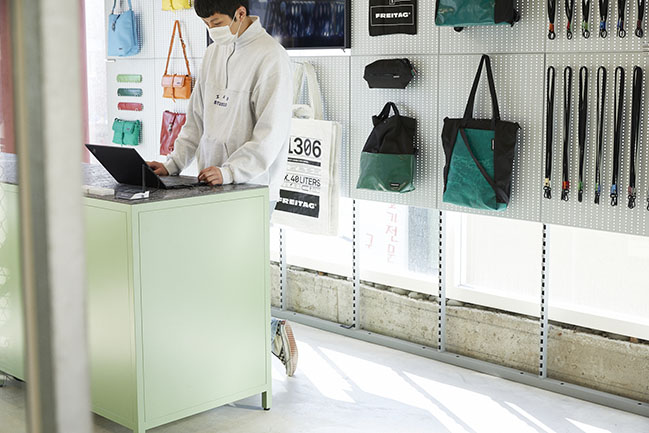 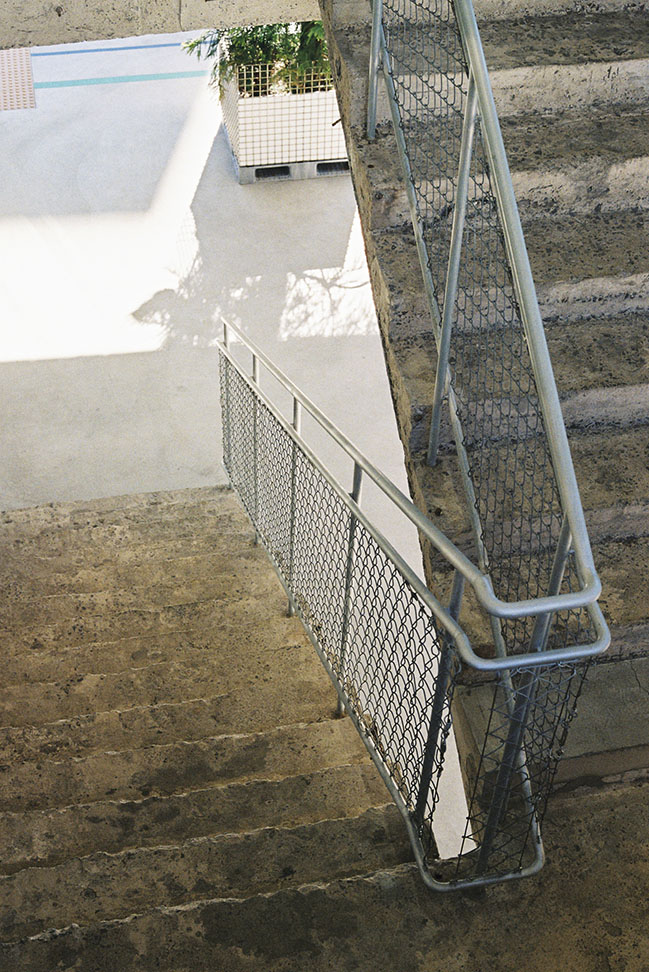 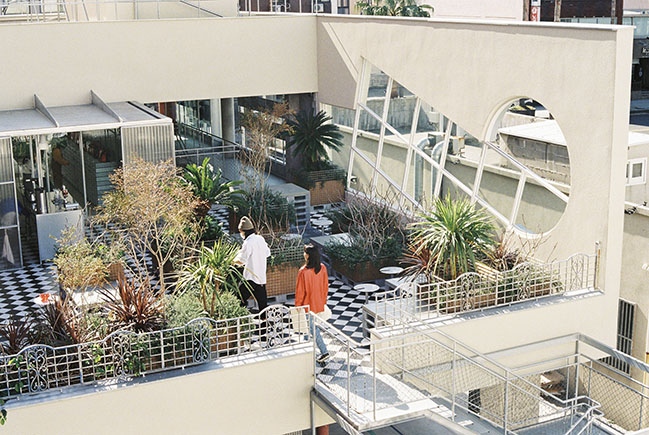 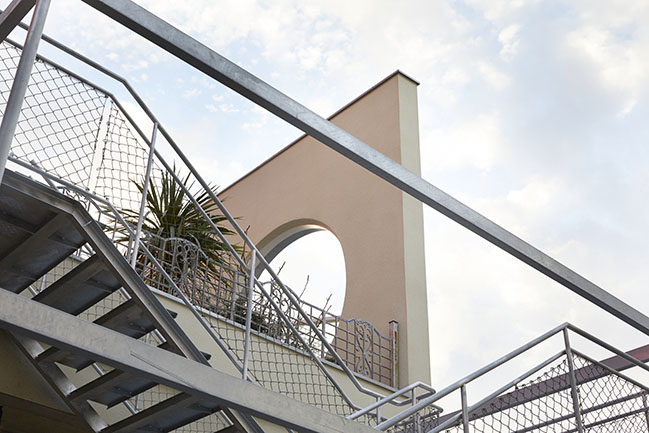 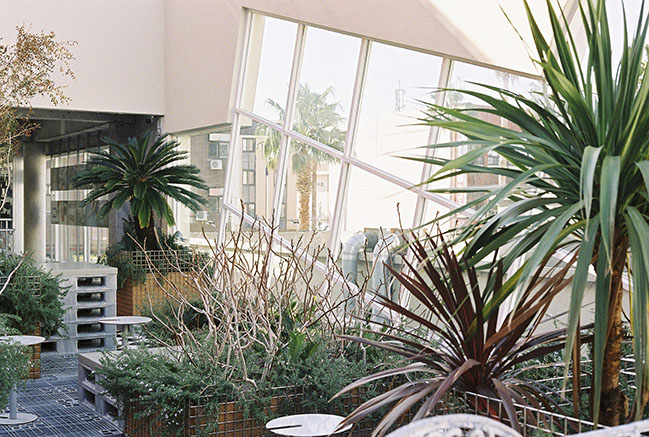 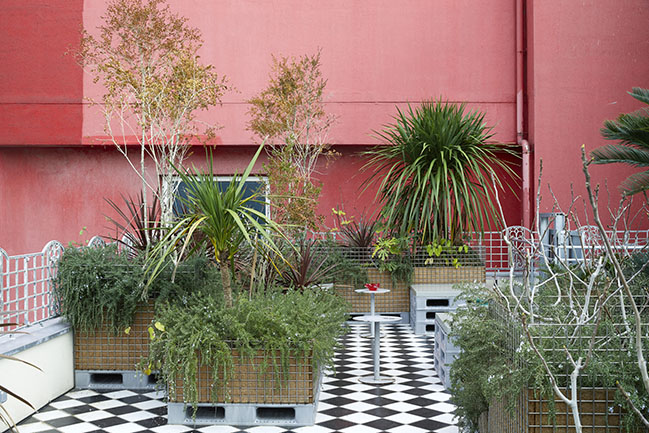 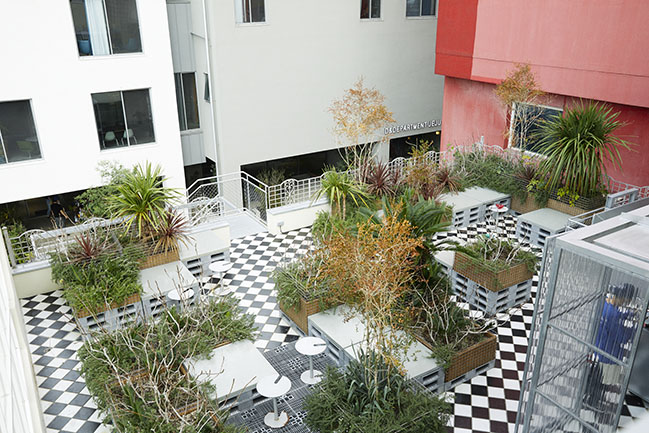 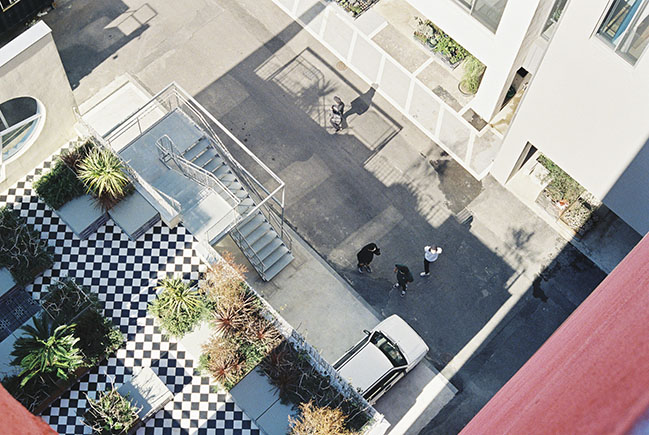 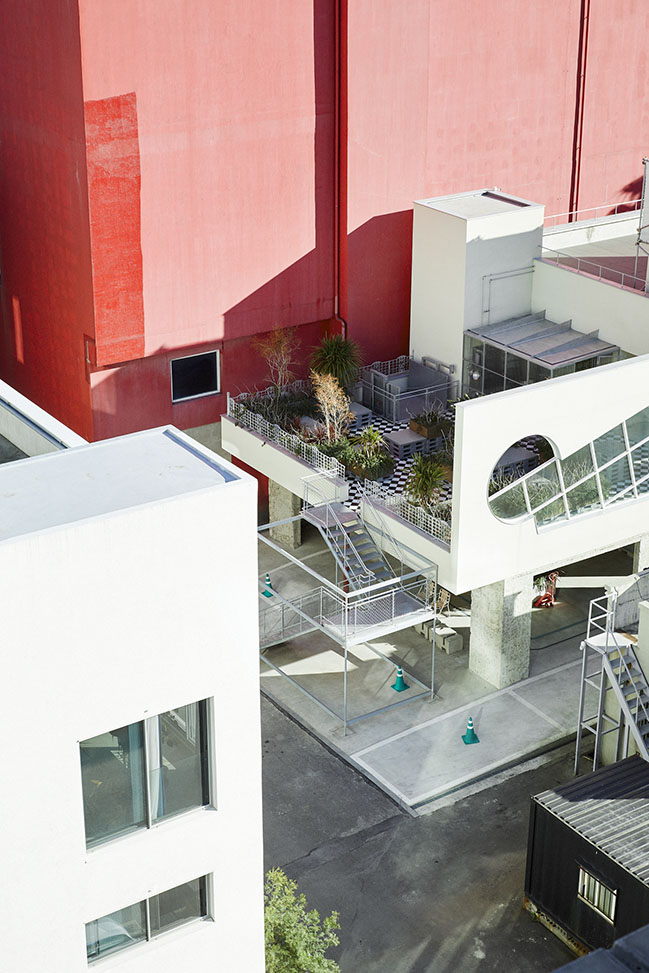 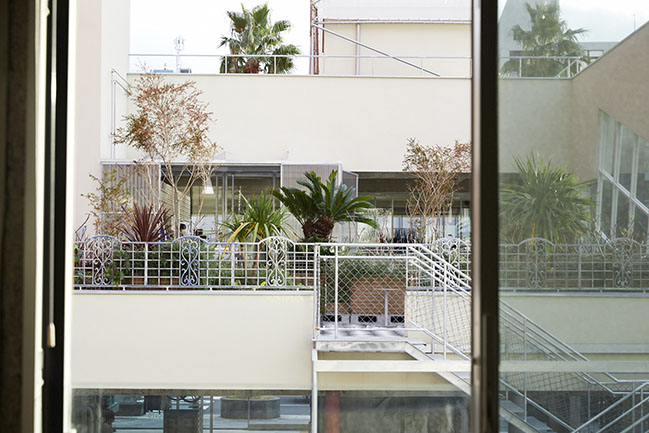 06 / 11 / 2021 This project is designed in line with ARARIO's concept of invisible development, which aims to create activities in the alleys between buildings

Recommended post: House of a coachman in Vienna by smartvoll