Lilypad is an amazing concept by Vincent Callebaut for a future floating city with futuristic architecture that provide a new destination for future climate refugees. 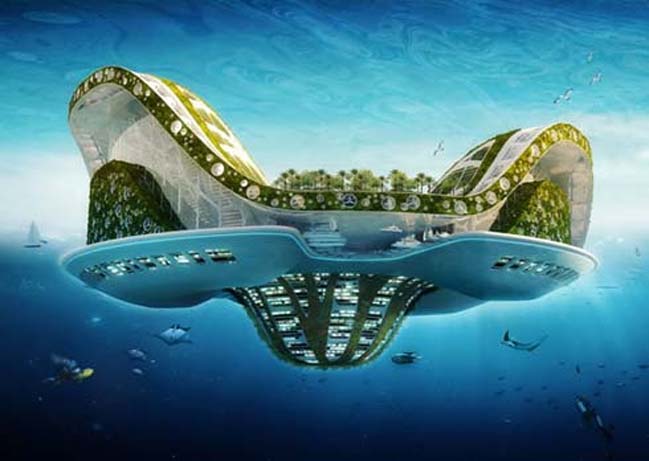 From the architect: It is a true amphibian half aquatic and half terrestrial city, able to accommodate 50,000 inhabitants and inviting the biodiversity to develop its fauna and flora around a central lagoon of soft water collecting and purifying the rain waters. This artificial lagoon is entirely immersed ballasting thus the city. It enables to live in the heart of the subaquatic depths. The multifunctional programming is based on three marinas and three mountains dedicated respectively to the work, the shops and the entertainments. The whole set is covered by a stratum of planted housing in suspended gardens and crossed by a network of streets and alleyways with organic outline. The goal is to create a harmonious coexistence of the couple Human / Nature and to explore new modes of living the sea by building with fluidity collective spaces in proximity, overwhelming spaces of social inclusion suitable to the meeting of all the inhabitants – denizen or foreign-born, recent or old, young or aged people. 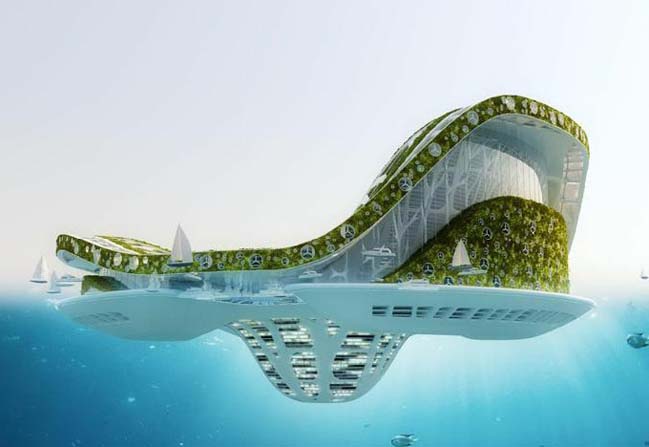 The floating structure in "branches" of the Ecopolis is directly inspired of the highly ribbed leave of the great lilypad of Amazonia Victoria Regia increased 250 times. Coming from the family of Nympheas, this aquatic plant with exceptional plasticity was discovered by the German botanist Thaddeaus Haenke and dedicated to the Queen Victoria of England in the 19th Century. The double skin is made of polyester fibres covered by a layer of titanium dioxide (TiO2) like an anatase which by reacting to the ultraviolet rays enable to absorb the atmospheric pollution by photocatalytic effect. Entirely autosufficient, Lilypad takes up the four main challenges launched by the OECD in March 2008: climate, biodiversity, water and health. It reached a positive energetic balance with zero carbone emission by the integration of all the renewable energies (solar, thermal and photovoltaic energies, wind energy, hydraulic, tidal power station, osmotic energies, phytopurification, biomass) producing thus durably more energy that it consumes! True biotope entirely recyclable, this floating Ecopolis tends thus towards the positive eco-accountancy of the building in the oceanic ecosystems by producing and softening itself the oxygen and the electricity, by recycling the CO2 and the waste, by purifying and softening biologically the used waters and by integrating ecological niches, aquaculture fields and biotic corridors on and under its body to meet its own food needs. 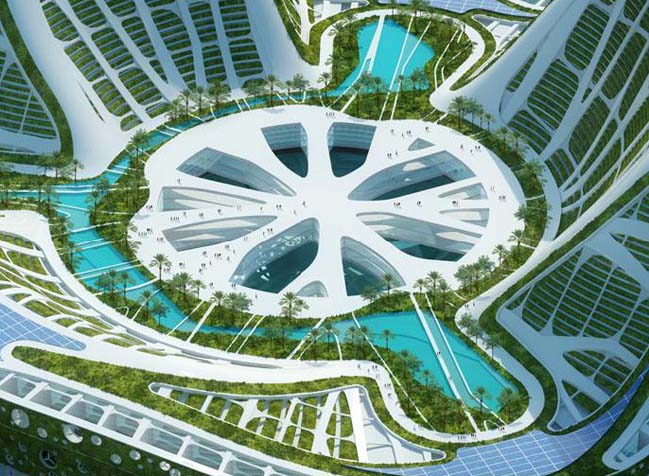 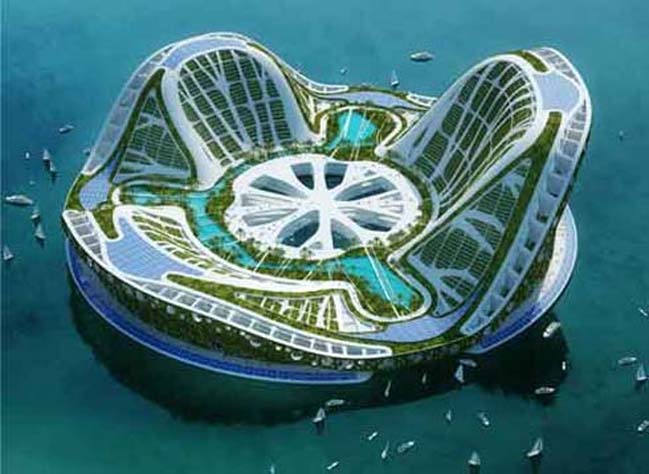 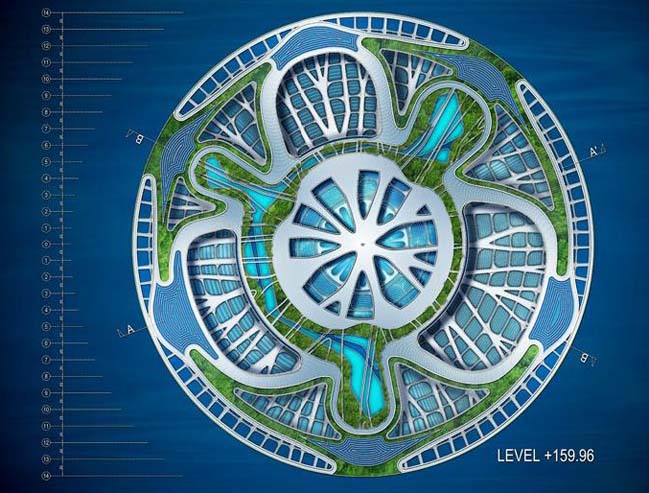 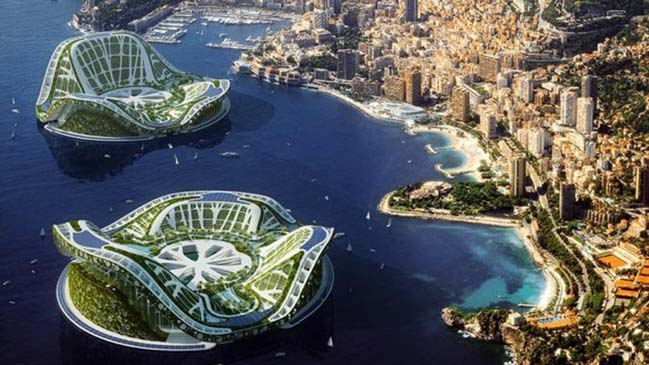 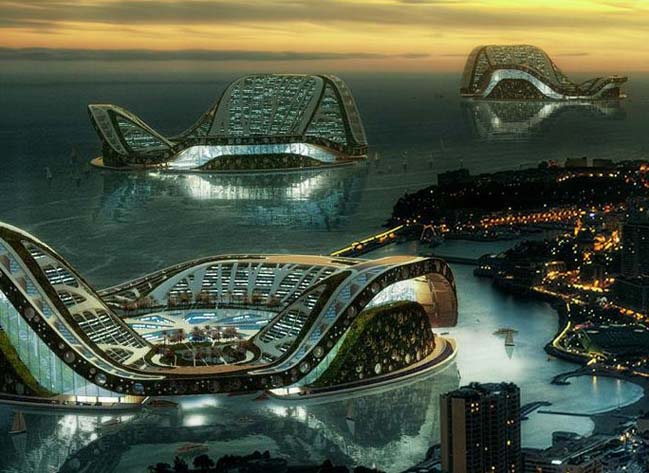 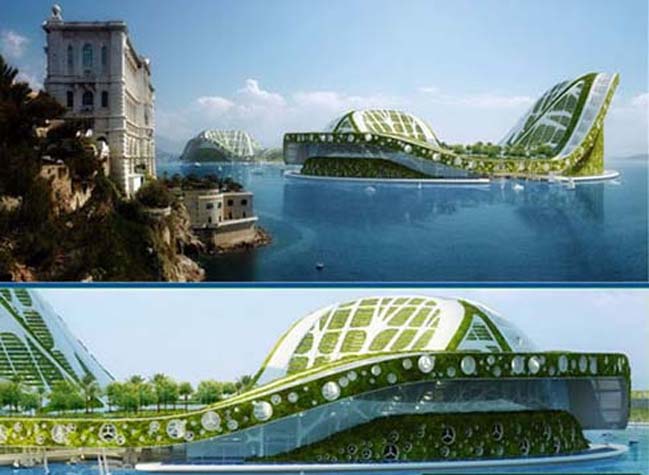 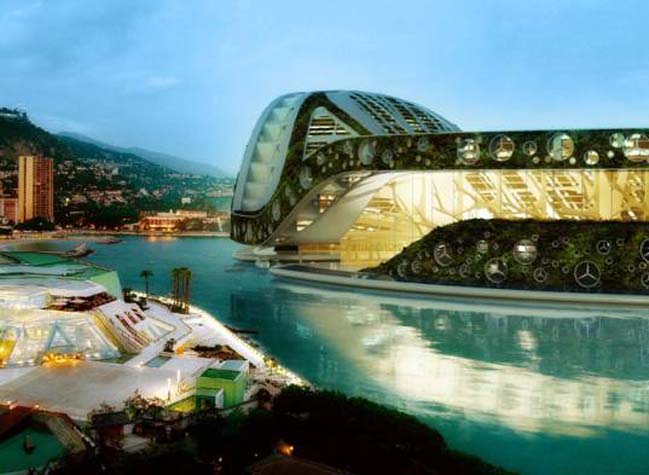 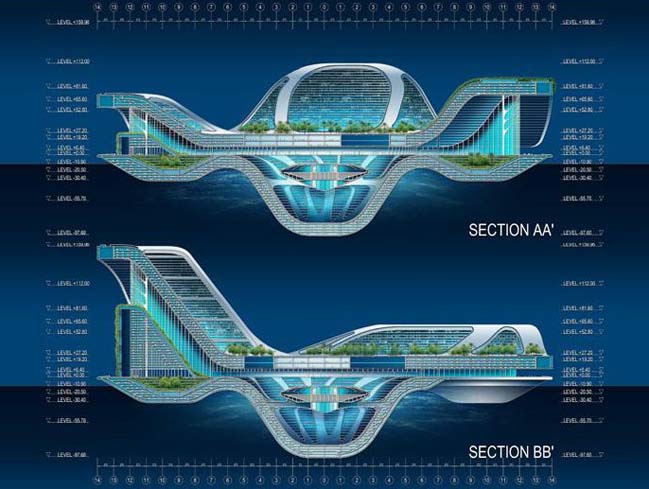 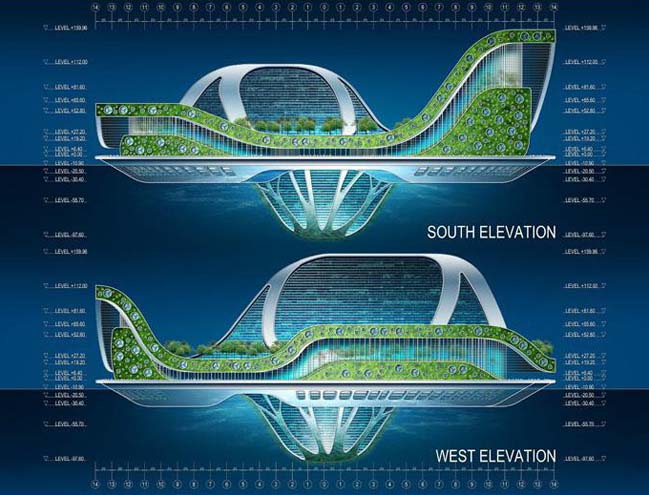 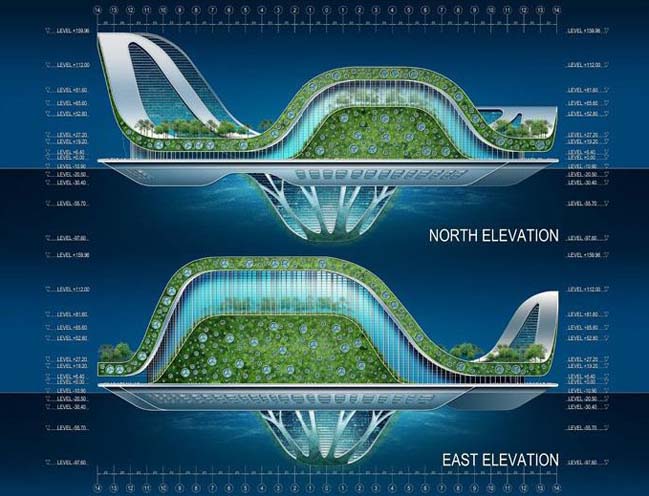