With a view to the Alps from every window, Henning Larsen’s new building for Management Center Innsbruck unites a disparate campus community in a world-class learning environment... 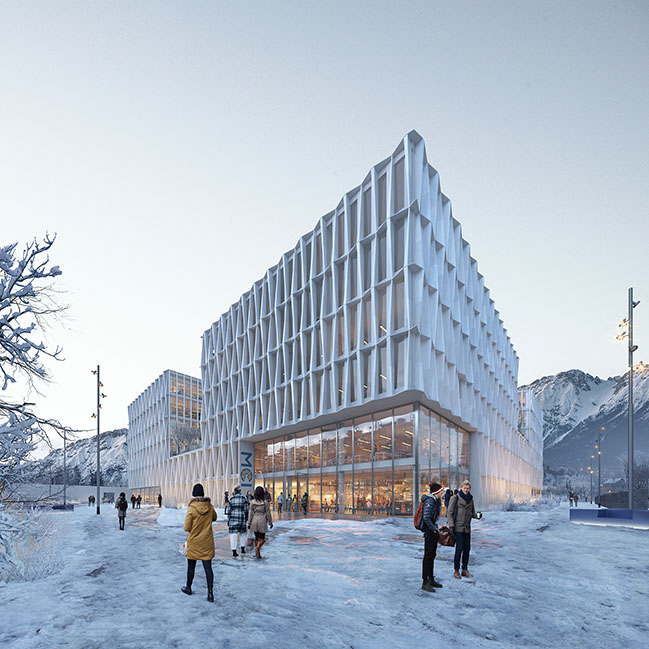 From the architect: After a two-stage competition and dialogue process, Henning Larsen has been named the designer of the new campus building for Management Center Innsbruck (MCI). The new 35,000 square meter building located on the edge of the Innsbruck city center will be Henning Larsen’s first project in Austria. 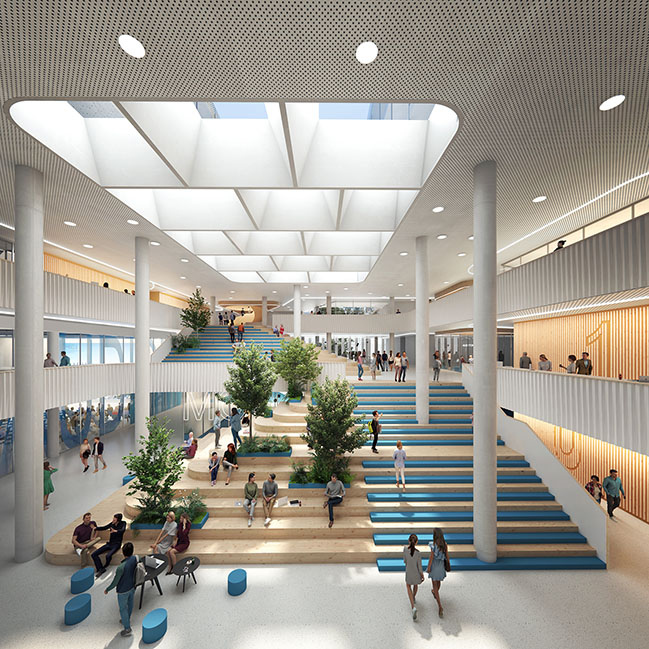 “We are extremely pleased that we were able to win the competition for the new MCI campus with our design. It stands for openness, identity, communication, and design excellence,” says Andreas Schulting, Managing Director of Henning Larsen’s Munich office. “We will bring our expertise in university construction from more than 60 years to this project and develop it further together with MCI.” 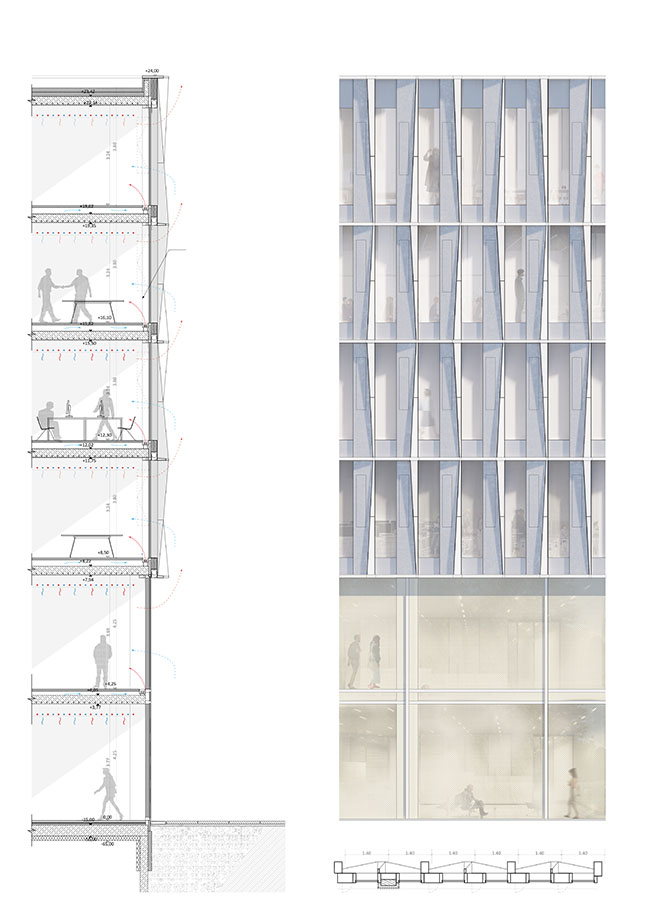 The jury, in their unanimous selection of the project, gave particular attention to the “ideal urban development of the new campus as a lighthouse project between the historic Hofgarten, the University of Social Sciences and the new security center.” 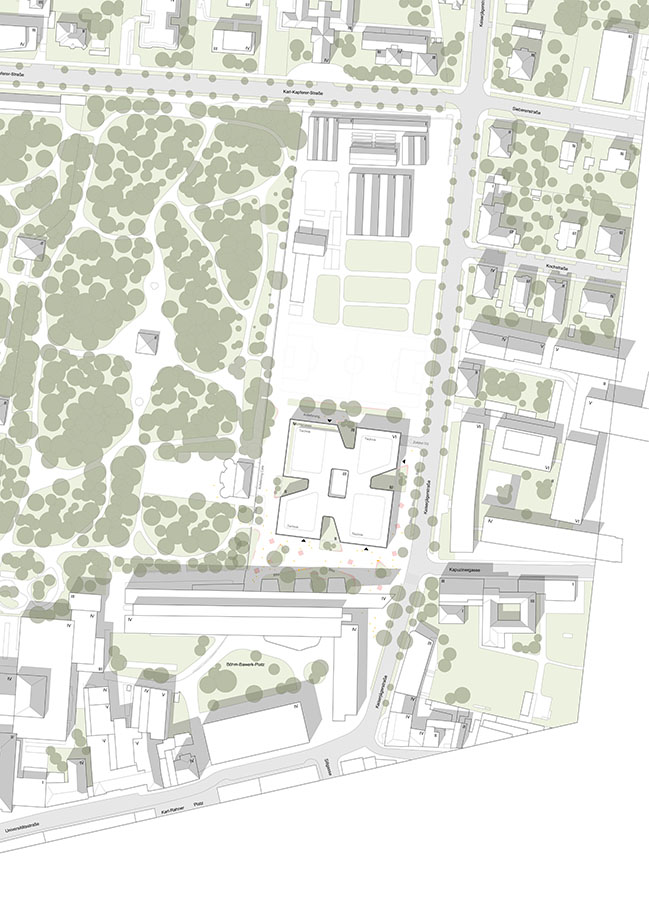 Founded in 1995, MCI quickly outgrew its central Innsbruck campus; the university’s many faculties today are scattered throughout Innsbruck. The new structure, located next to the SoWi University and the Innsbrucker Hofgarten, will craft a unified campus for MCI for the first time in the school’s history. 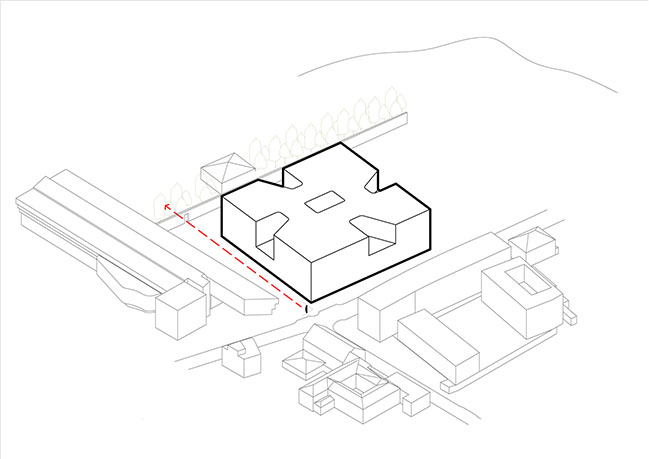 Bordered by the city to the south and east and by the historical Hofgarten to the north and west (and the Alps all around), the building is designed to have no back or front. Multi-story entries are carved into each façade to break the scale of the building in relation to its surroundings. These pockets are, in turn, planted with gardens to match the identity of their neighbour (e.g., the mountain-facing north entry is lush with alpine flowers; the southern city facing entry is an urban terrace.) 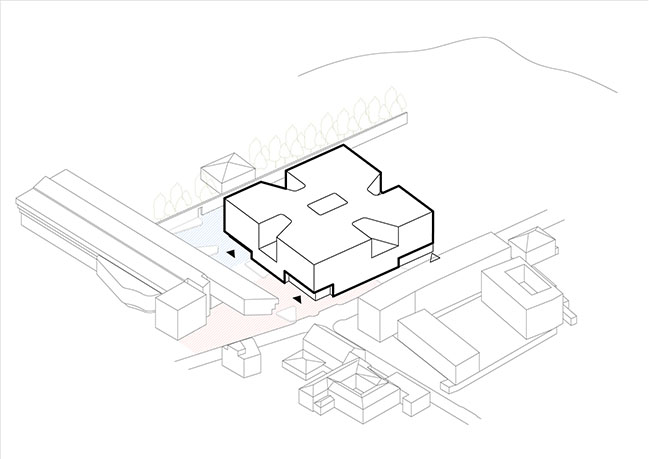 “We found a wealth of inspiration in the landscapes and geography of Tirol,” explains Associate Design Director Lucas Ziegler. “…especially in the way changing light alters the way you see the mountains throughout the day. The façade is an interpretation of this – the depth, verticality, and angularity of the façade gives the building an appearance that changes throughout the day and the seasons.” 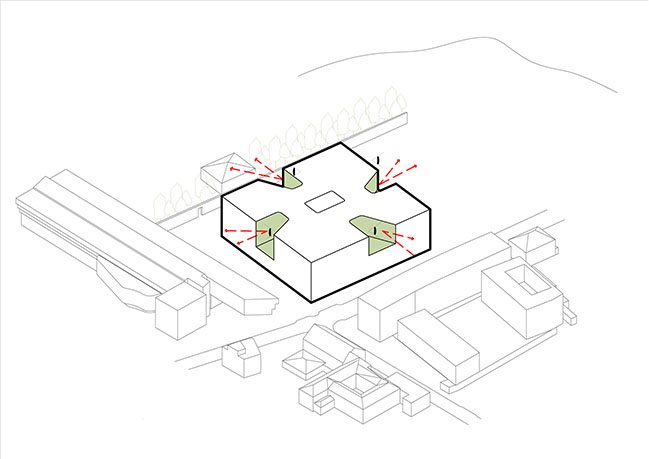 Classrooms and lecture halls populate the outer edge of the ground level, framing a fluid interior space with a large community stair in the centre that not only links the three levels of “learning” spaces, but also serves as a community space itself. These learning floors are designed to be open and flexible, with nearly as much ‘unprogrammed’ space for students to study, socialise, and rest as there is actual classroom space. 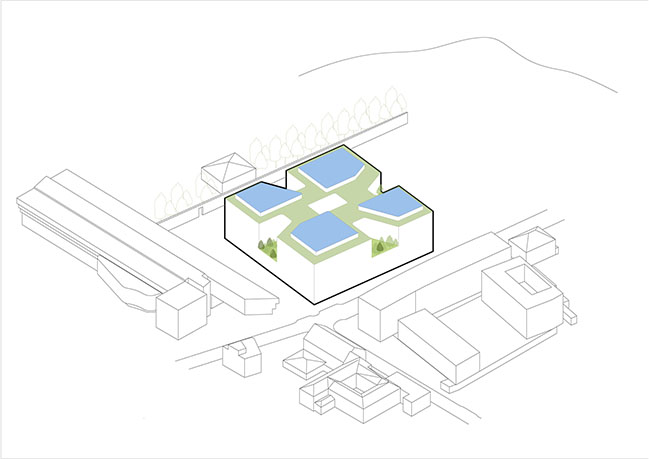 “In learning projects today, there’s much less emphasis on the traditional model of dedicated classrooms connected by empty corridors – more fluid spaces reflect a better understanding of how people actually learn and process new information,” explains Lucas Ziegler. “Our design not only supports the variety of ways people learn but is also an inviting place for people to meet and stay.” 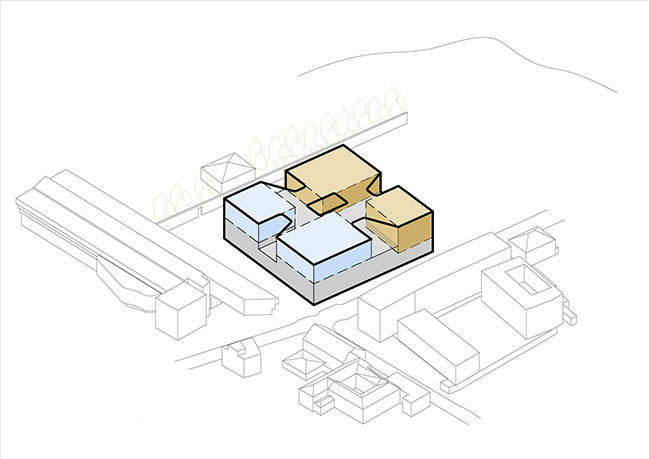 The building’s upper floors are divided in two sections, one containing offices for MCI faculty, administration, and students, the other containing laboratories and research spaces. The design is dense and highly efficient, with four cores that serve not just as vertical circulation, but also as social hubs within the large floorplates. 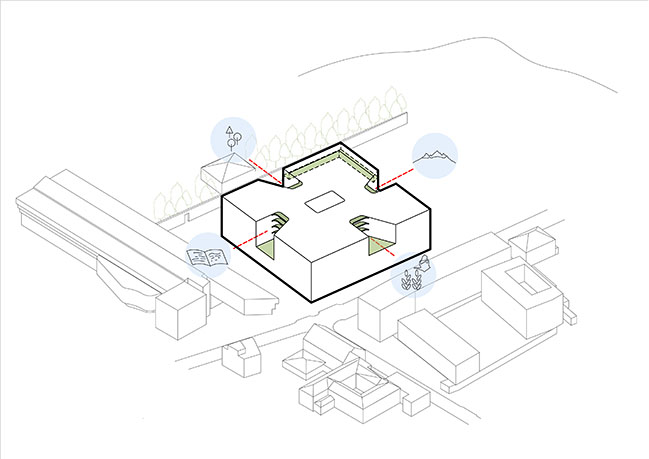 “Natural light can have a massive effect on learning, and so we were especially concerned with how we could bring light deep into the building,” explains Ziegler. “We designed each façade to have a depth that would allow light to come in without being distractingly direct. Coupled with a classic Henning Larsen skylight in the center of the building, light comes from both the inside-out and the outside-in.”

12 / 23 / 2021 With a view to the Alps from every window, Henning Larsen's new building for Management Center Innsbruck unites a disparate campus community in a world-class learning environment... 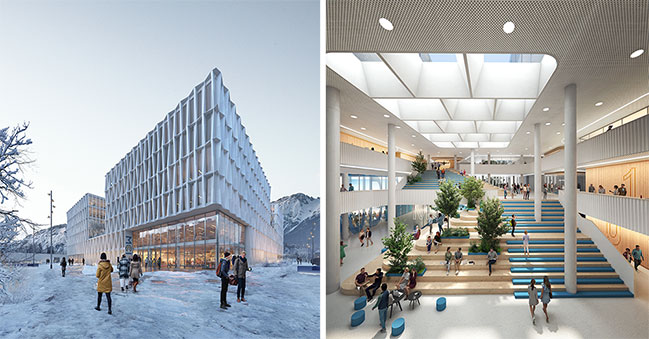