Designed in 2013, this project is a daring idea of architects from bjarke ingels group that create an upside-down tower which become a new landmark for a CBD in Kuala Lumpur, Malaysia 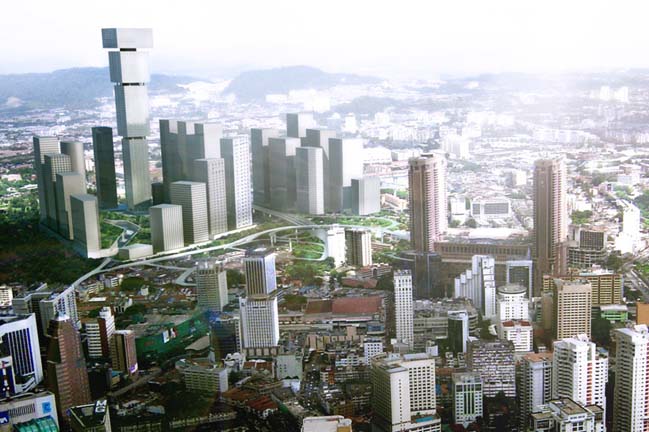 Kuala Lumpur's skyline of sprouting skyscrapers acquired global recognition with the construction of Petronas Towers - an icon of a new generation of modern landmarks that are not replicas of a generic international style of modernism, but rather regional reinterpretations of the local vernacular. 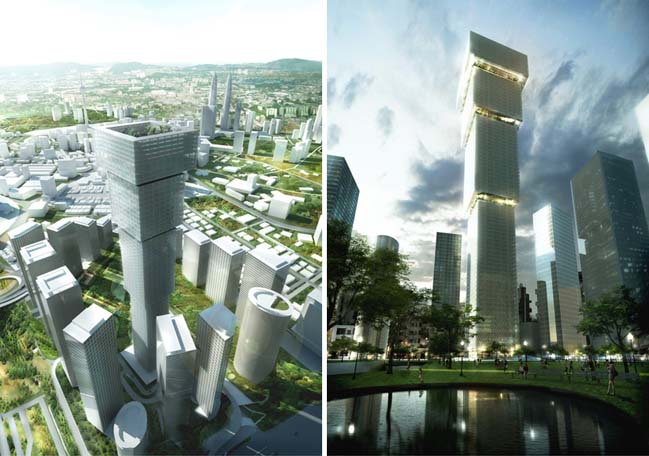 A decade after their completion BIG was invited to design the landmark for a new central business district, across town from the Petronas Towers, in an attempt to create a counterpoint to the existing urban epicenter. Was it possible to create a new landmark as striking as the Petronas Towers? How could a new tower enter into a dialogue with the unique silhouette of the Petronas that would be a respectful conversation rather than a power struggle or beauty pageant? 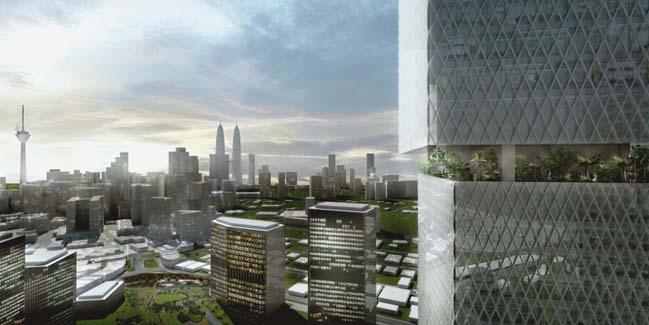 A classic skyscraper steps back as it rises, providing less and less space as the views get more and more desirable. BIG's design exploits the changing context from the foot to the pinnacle, proposing a skyscraper turned upside down. As it reaches for the sky, the surroundings will open up to leave more room, air, and light around the trunk of the tower. Exploiting the necessary separation of the tower into distinct fire sections with evacuation terraces and sky lobbies at regular intervals, we can articulate the tower as a stack of balancing volumes rather than a single mass. Each volume constitutes a different typology. Tower, slab, cube and perimeter block. 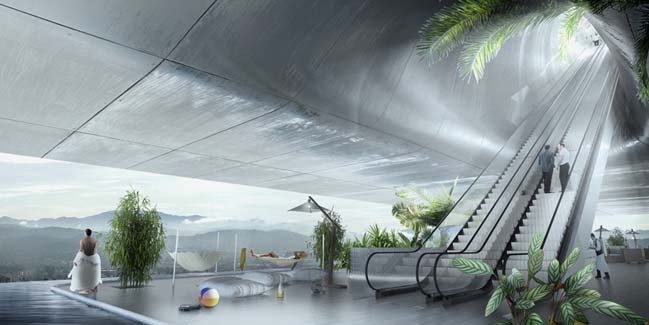 The top of the tower is the hotel. A sky lobby with 360° views greets hotel guests beneath the hovering half cube. The center of the volume is excavated to create a courtyard in the sky—like a crown balancing at the top. Sheltered from the winds at 1250 feet and surrounded by rooms with spectacular views of the city, the courtyard is an oasis in the sky, an Islamic garden with water and nature orchestrated in perfect geometries. The facades are designed as a doubleskin creating a chimney effect for natural ventilation, allowing spectacular views without resulting in overheating. 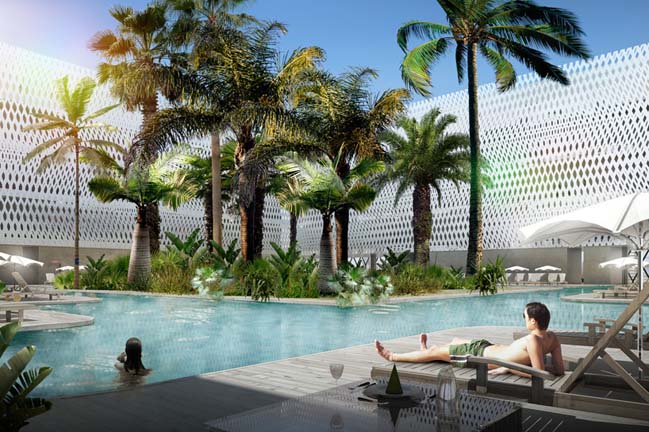 Seeing the upward-expanding silhouette of BIG's tower on an axis with the Petronas Towers and in the greater context of the whole of Kuala Lumpur, the tower perfectly fills the gap between the twin minarets. Like an architectural Rubin’s vase—the famous illusion of perception that oscillates between foreground and background, making viewers see two opposing faces or a single vase the new landmark tower occupies the slice of sky that remains, the Rubin’s Vase between the Petronas towers. 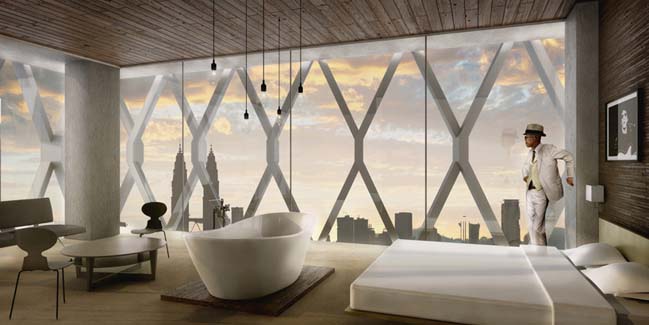 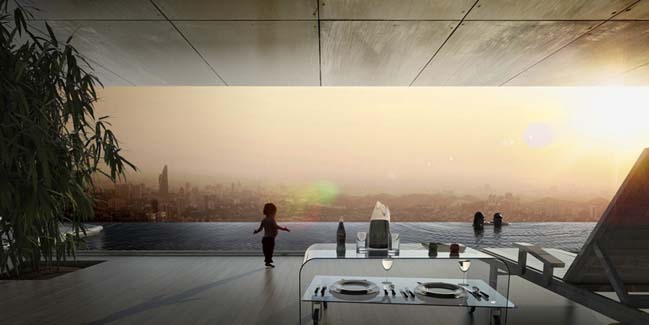 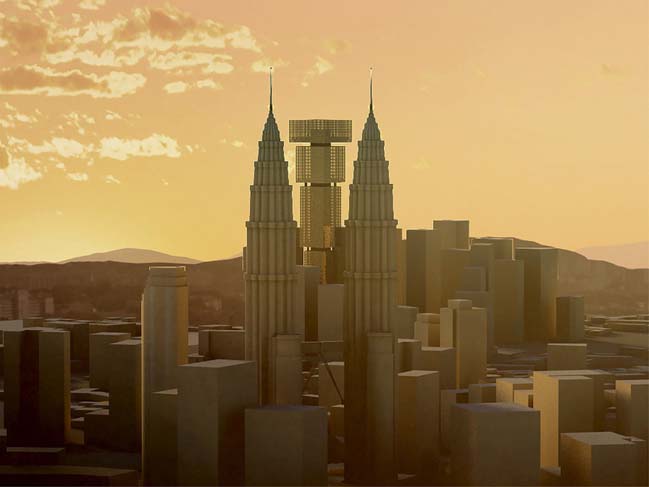 03 / 02 / 2015 Designed in 2013, this project is a daring idea of architects from bjarke ingels group that create an upside-down tower which become a new landmark for a CBD in Kuala Lumpur, Malaysia