MAD Architects, led by Ma Yansong, releases its design for Terminal 3 of Harbin Taiping International Airport. Referencing the gentle slopes of China’s vast Northern plains, and the region’s immense snow and ice, MAD has conceived a terminal building that echoes the characteristics of Harbin’s geography and climate. 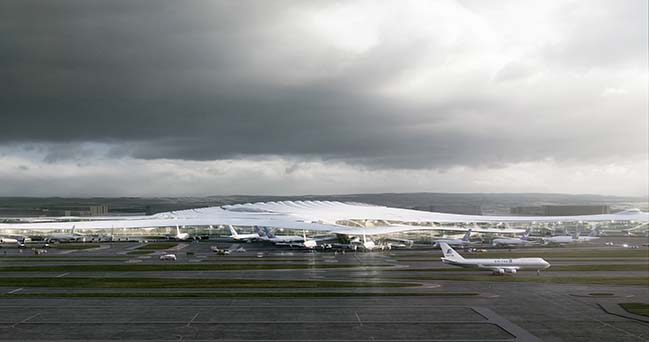 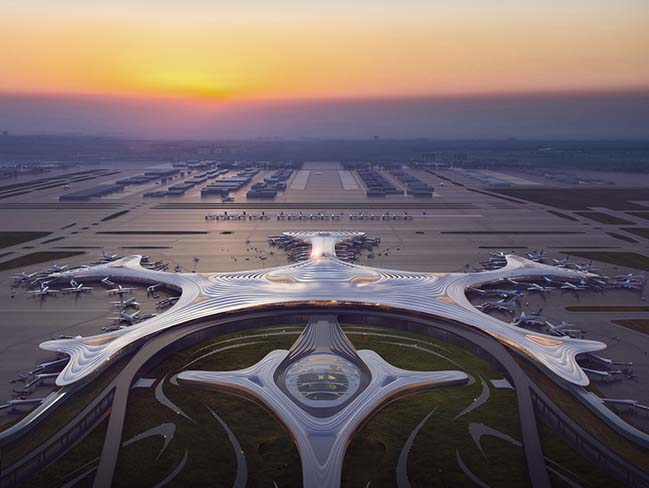 From the architect: Like a snowflake that has gently fallen onto the earth, it creates an architectural poetry that settles into its locale, while simultaneously expressing itself as a surreal, interstellar space of future air travel. 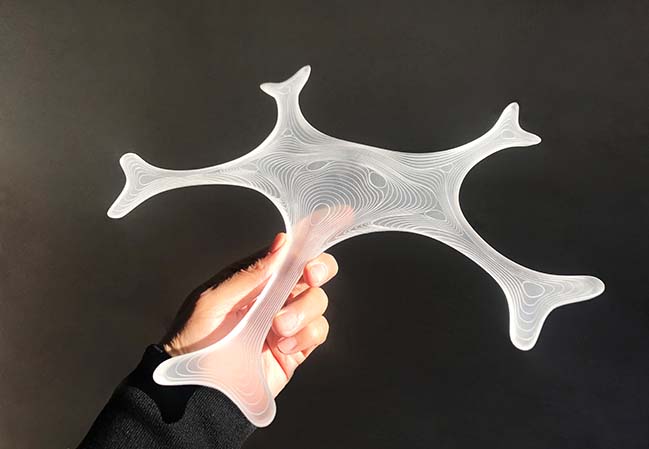 As the capital of Heilongjiang Province, Harbin occupies an important strategic position in the core of Northeast Asia’s hinterland, and serves as one of the largest transportation hubs of the region. Covering an area of 3,300 hectares, Terminal 3 of Harbin Airport will be comprised of a series of ancillary airport facilities, including ground transportation hubs, hotel, retail, and parking lots, that will efficiently serve the area. 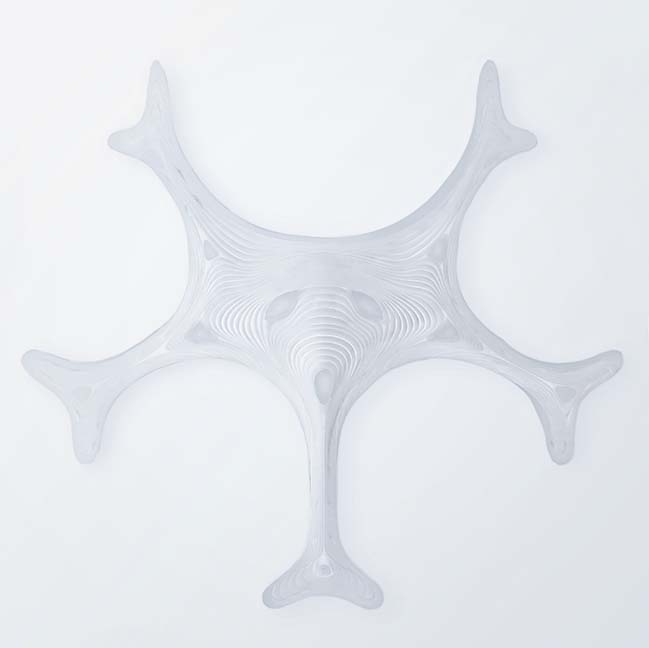 While the massiveness of the terminal is inevitable, MAD’s design manages to establish an architectural program that is human-scale, and provides a multi-sensory experience that is also efficient and energy saving. The scheme’s snowflake-shaped, five-finger departure corridors greatly shorten the time it takes for passengers to arrive at their gate, while also minimizing congestion and improving the overall efficiency of the airport apron. 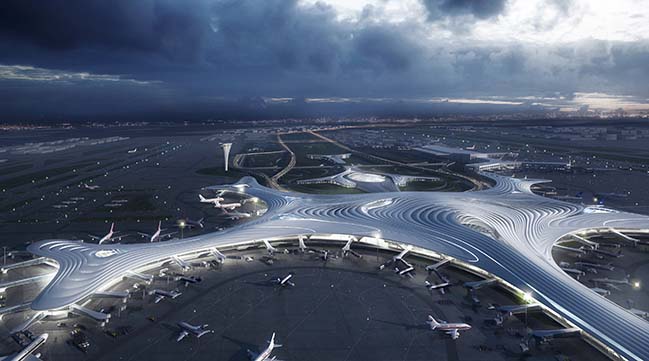 The interior has been landscaped with a number of indoor gardens that demarcate major zones of the terminal. They form lush areas of greenery that connect the building’s different levels, and offer an escape for passengers to pause and take a moment within nature, away from the hustle and bustle of airport life. 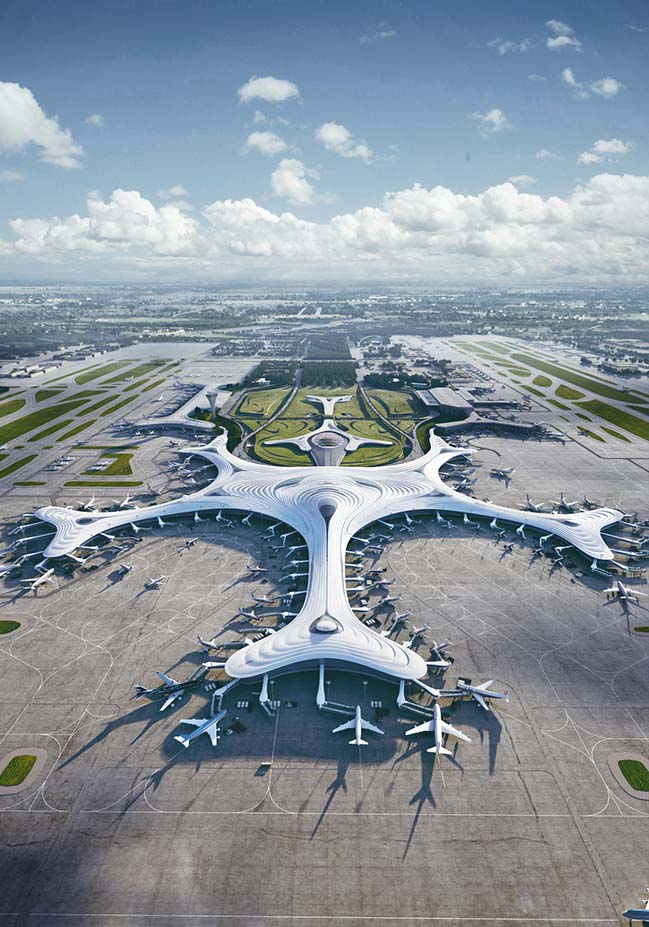 Ridges on the roof that mimic snowdrifts function as skylights, flooding the internal spaces with the warmth of the sun, reducing the need for artificial light. At the same time, their rhythmic direction naturally guides travelers through the space. 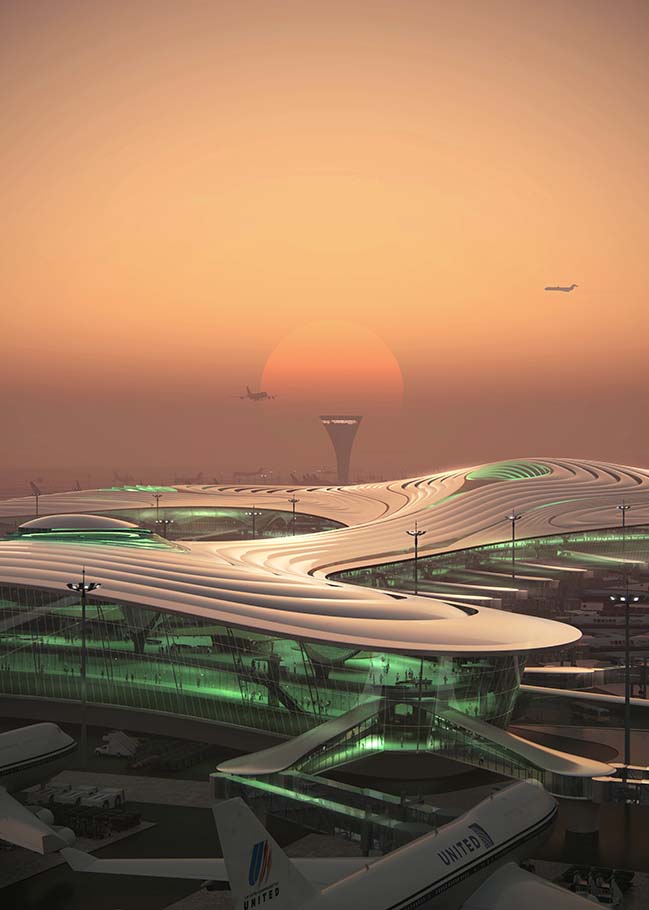 The Ground Transportation Center (GTC) hub brings high-speed rail, municipal subway lines, airport buses, and other urban transport together, conveniently connecting Harbin city to the airport and surrounding amenities, encouraging citizens to travel green. The multi-tiered GTC’s garden layout integrates natural plant growth into its various functions, providing a comfortable and relaxing area for travelers as they transition between the city and the airport. 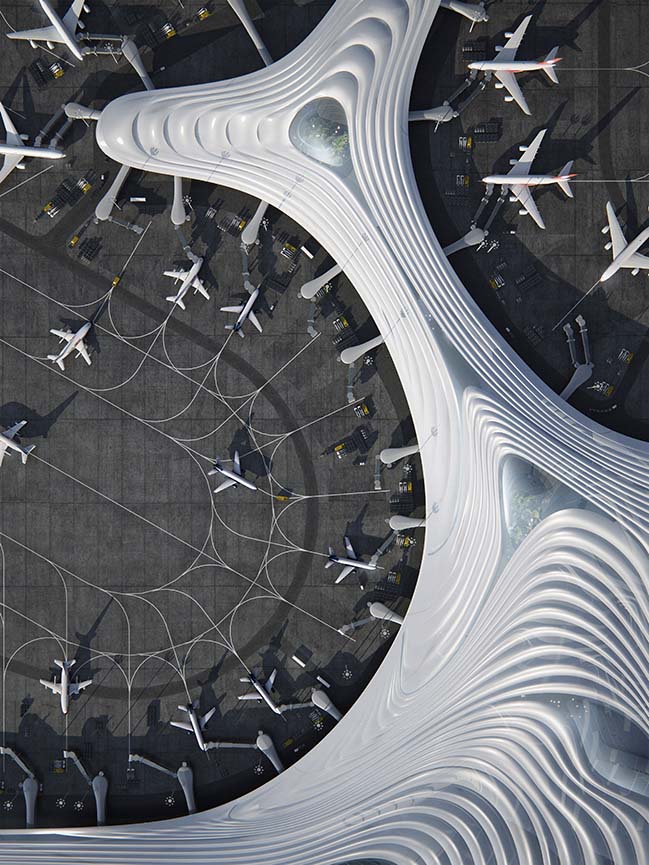 By 2030, Terminal 3 of Harbin Taiping International Airport is expected to reach an annual throughput of 43 million passengers, with approximately 320,000 outgoing flights per year. In its completion, the passenger and cargo carrying capacity will be improved significantly, transforming it into a world-class transportation hub. MAD’s concept strives to break-the-mould of the typical modern mega-airport, bringing humanity, nature, and the local environment together into a highly-functional architectural programme – a new vision for 21st century travel. 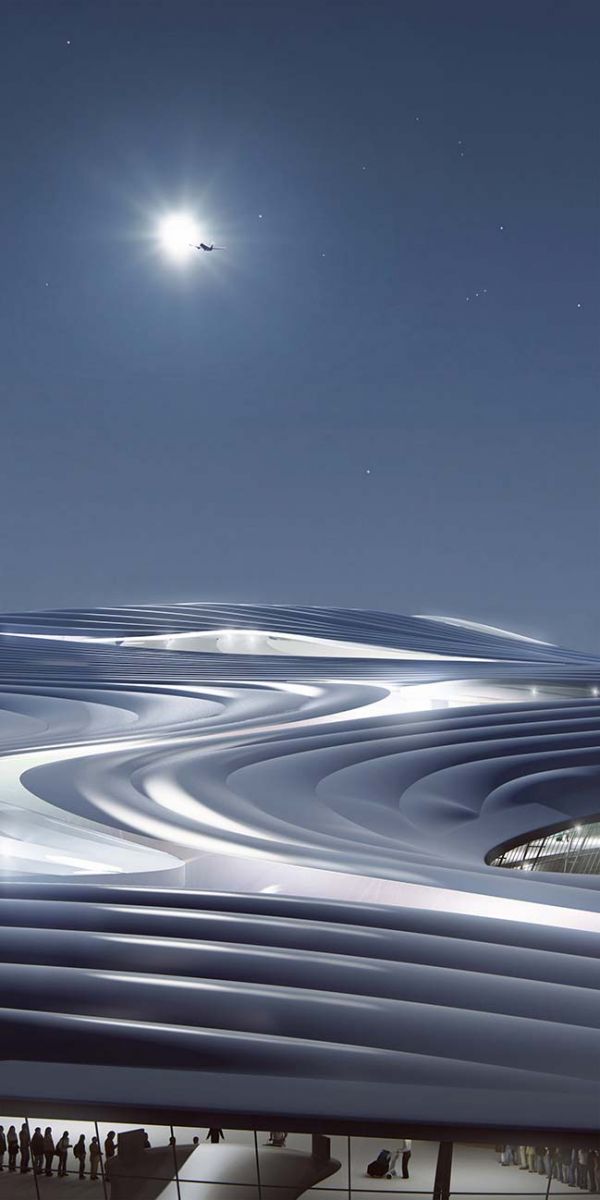 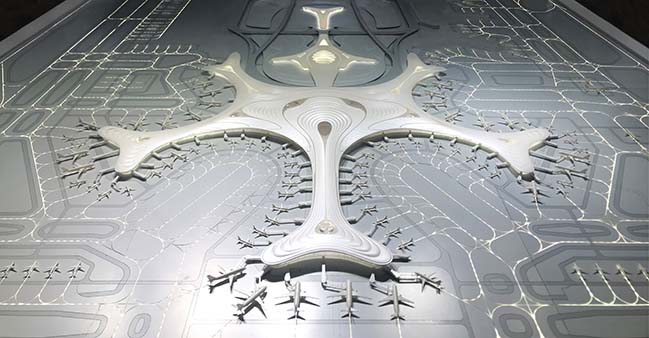 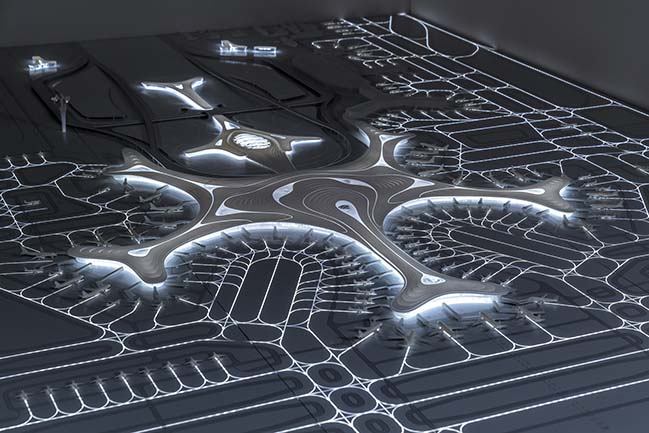 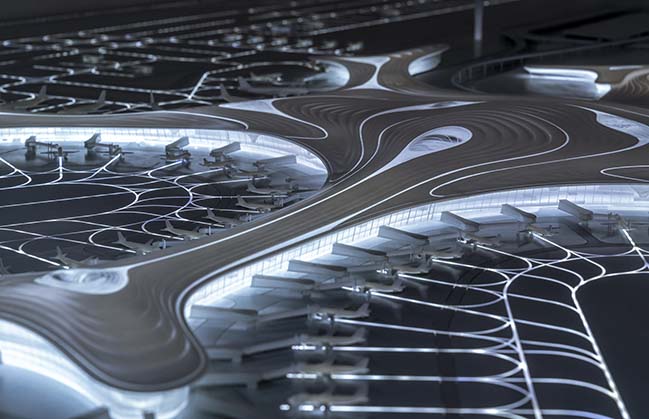 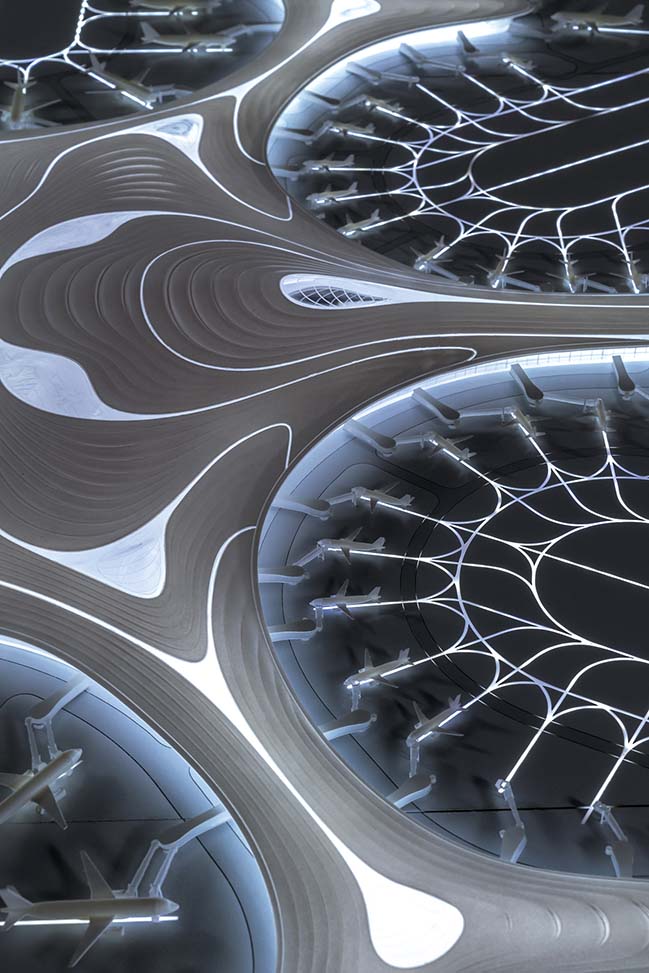 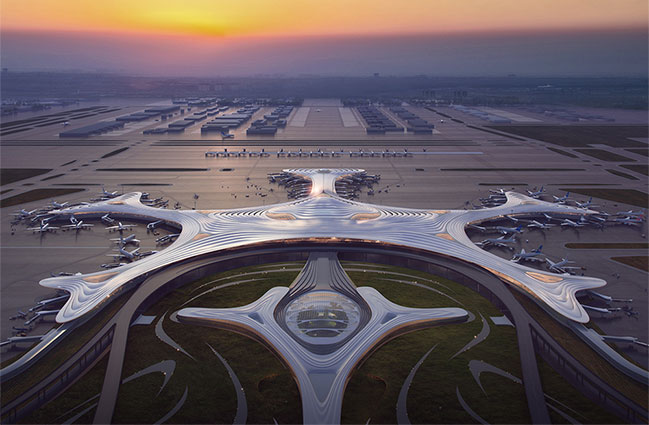