The Mashambas Skyscraper proposal has been got the first place in eVolo 2017 Skyscraper Competition to bring this green revolution to the poorest people in East Africa. 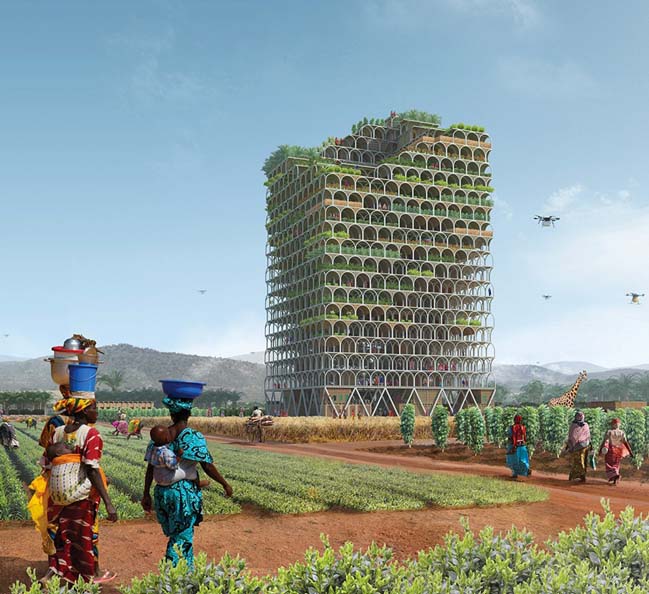 Project's description: An area of cultivated ground; a plot of land, a small subsistence farm for growing crops and fruit-bearing trees, often including the dwelling of the farmer. Over the last 30 years, worldwide absolute poverty has fallen sharply (from about 40% to under 20%). But in African countries, the percentage has barely fallen. Still today, over 40% of people living in sub-Saharan Africa live in absolute poverty. More than half of them have something in common: they’re small farmers. 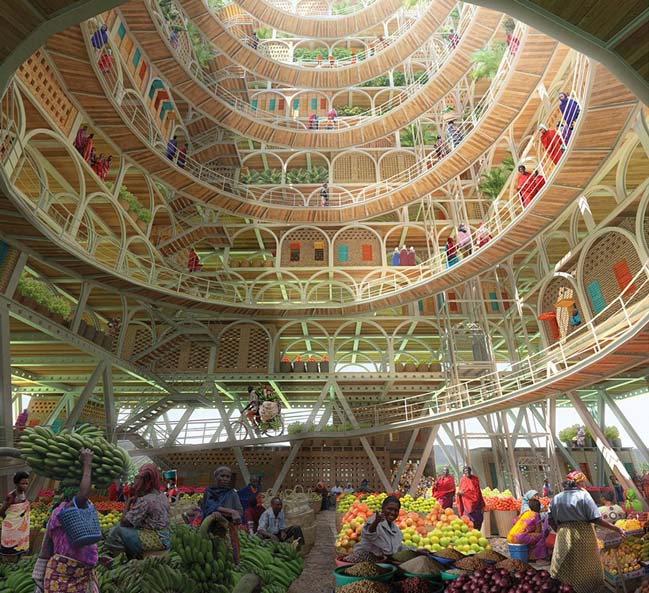 Despite several attempts, the green revolution’s mix of fertilizers, irrigation, and high-yield seeds—which more than doubled global grain production between 1960 and 2000—never blossomed in Africa, because of poor infrastructure, limited markets, weak goverments, and fratricidal civil wars that wracked the postcolonial continent.

The main objective of the project is to bring this green revolution to the poorest people. Giving training, fertilizer, and seeds to the small farmers can give them an opportunity to produce as much produce per acre as huge modern farms. When farmers improve their harvests, they pull themselves out of poverty. They also start producing surplus food for their neighbors. When farmers prosper, they eradicate poverty and hunger in their communities.

Mashambas is a movable educational center, which emerges in the poorest areas of the continent. It provides education, training on agricultural techniques, cheap fertilizers, and modern tools; it also creates a local trading area, which maximizes profits from harvest sales. Agriculture around the building flourishes and the knowledge spreads towards the horizon. The structure is growing as long as the number of participants is rising. When the local community becomes self-sufficient it is transported to other places. 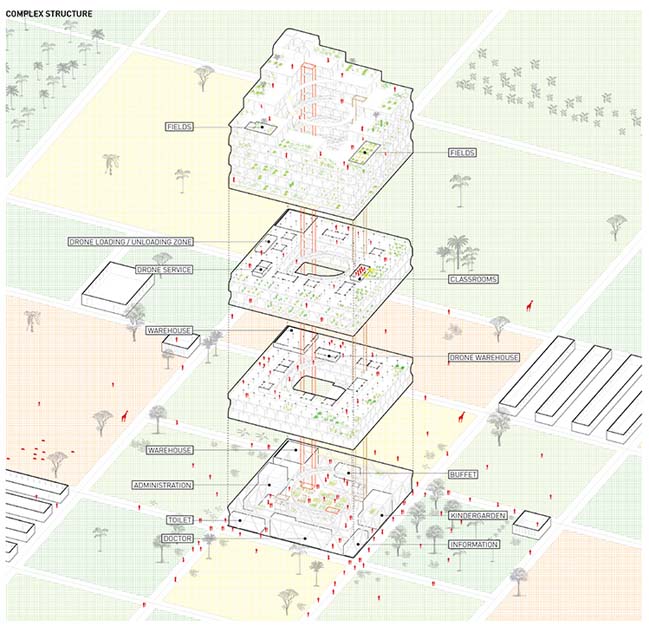 The structure is made with simple modular elements, it makes it easy to construct, deconstruct and transport. Modules placed one on the other create the high-rise, which is a form that takes the smallest as possible amount of space from local farmers.

Today hunger and poverty may be only African matter, but the world’s population will likely reach nine billion by 2050, scientists warn that this would result in global food shortage. Africa’s fertile farmland could not only feed its own growing population, it could also feed the whole world. 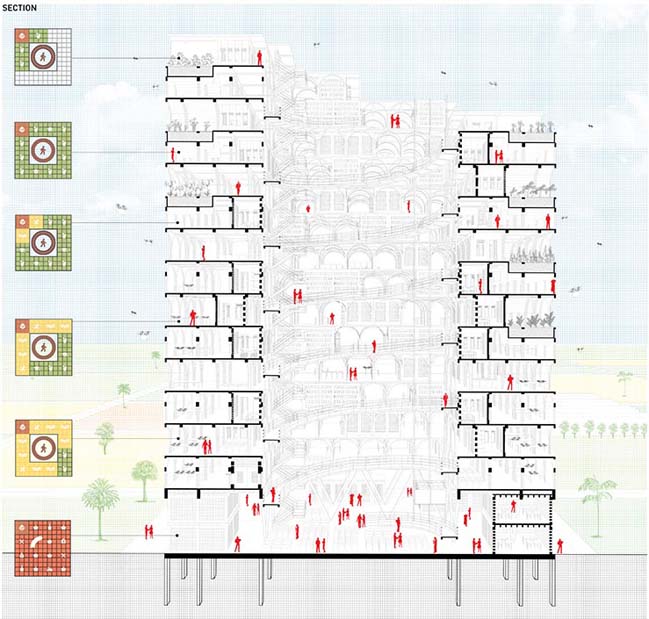 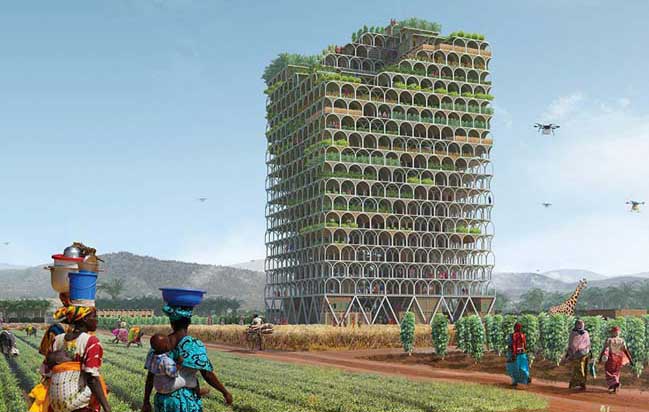 Recommended post: The Abu Dhabi Commercial and Cultural Expo Center by M A 2