This proposal was designed by Lantavos Projects in collaboration with D. Gonatas and L. Eleftheriou that aims to make the new museum a reference point for the city of Nicosia, since it will house the entire history of the island and will expose the legacy of its ancestors. 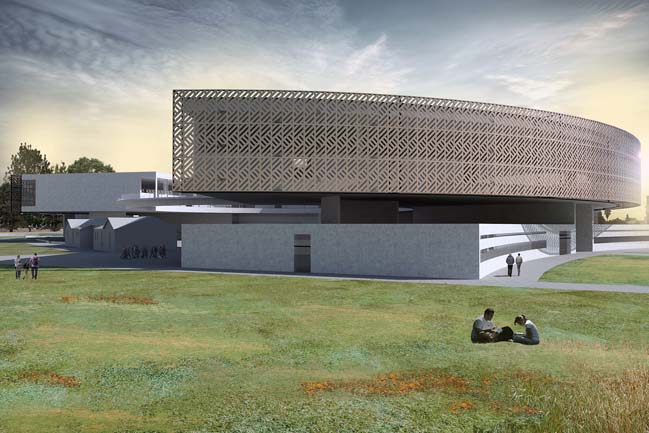 Project's description: Cyprus is a country whose preservation of identity is of great importance, as it is divided and is always suspended between east and west. 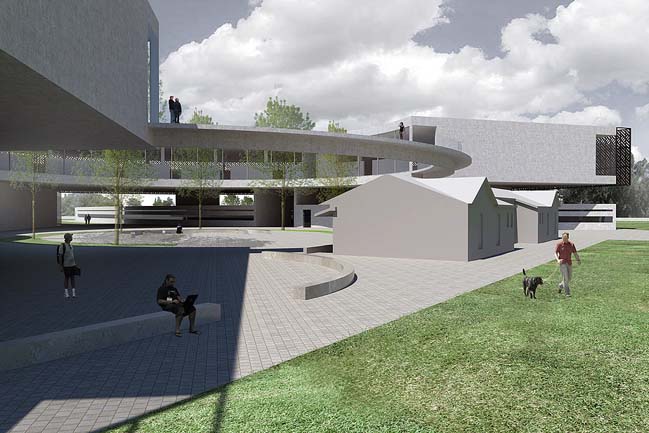 The building acquires the role of the protector, preserving the archaeological finds, and being the beacon that reflects the identity of Cypriot people. The choice of the circular disk that houses the exhibitions is based on the persistence of habitation in a circular building type, which was the first form of residence in Cyprus from the 7th millennium BC with the well-known circular houses of the Neolithic settlement of Choirokoitia Village. 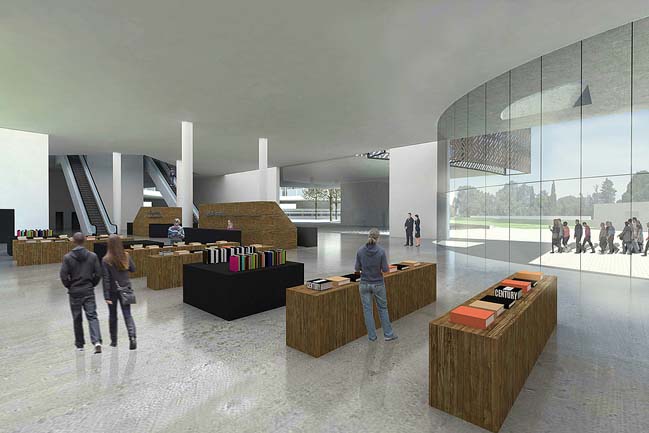 The outer shell, the circular 'skin', is made of copper panels, a material that has played the most important role in the economy, the development and prosperity of the country throughout the years, because of the huge reserves that existed on the island. It is worth mentioning that Cyprus is responsible for the Latin name of copper, cuprum. The pattern chosen is based on a ceramic model ship with sailors, thus highlighting the role of the shipping trade. The building comprises of separate volumes, each with a certain function, for private or public use. The main volume, the exhibition spaces, are on the first floor and accessed via escalators. The exhibition spaces can be set according to the needs of the exhibits due to movable partitions. The route ends with an external bridge/passageway reintroducing the city in its current form and state to the visitor, that way the past and the history of the island merges with the current form of the city, giving visitors a sense of eternal continuity of time, integrating the historical building already on the site. 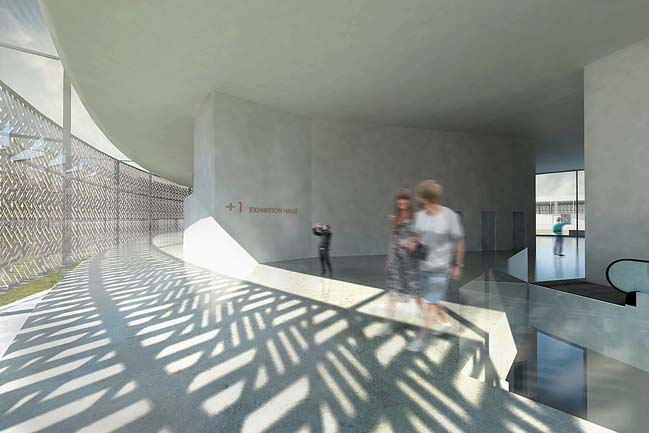 The historical building can be observed from above making it part of the display. The private and the public parts of the building are strictly separated. The offices and spaces used by staff are located in the basement or in a separate volume in the ground floor, while the spaces accessible to the public are lying in another volume on the ground floor. This ensures that the museum program is not affected by the use of the office spaces and other facilities. The café-restaurant is located at the top, it has an independent access from the reception and offers panoramic views of the city, giving the visitor the chance to reflect upon the rich history of this small island. 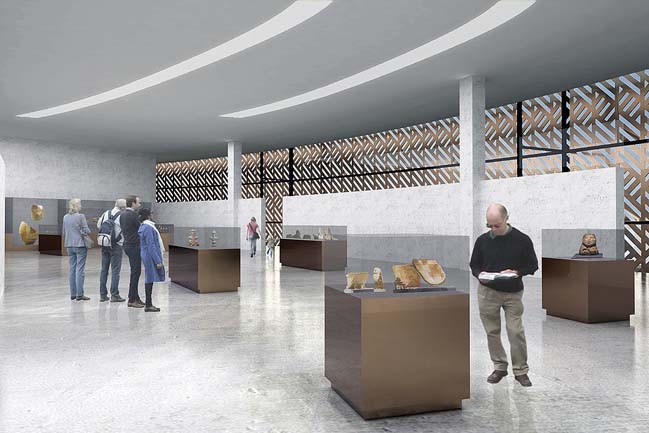 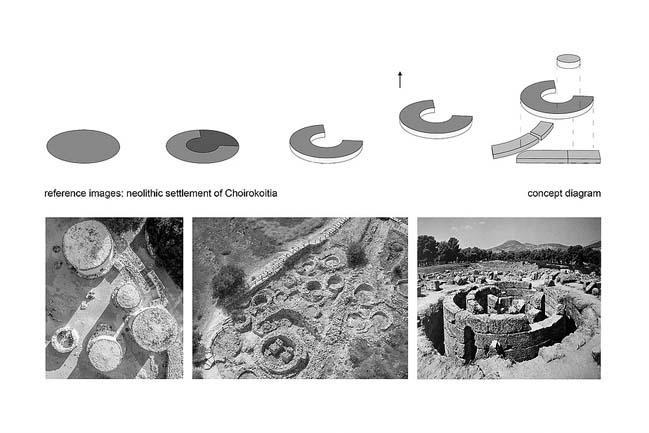 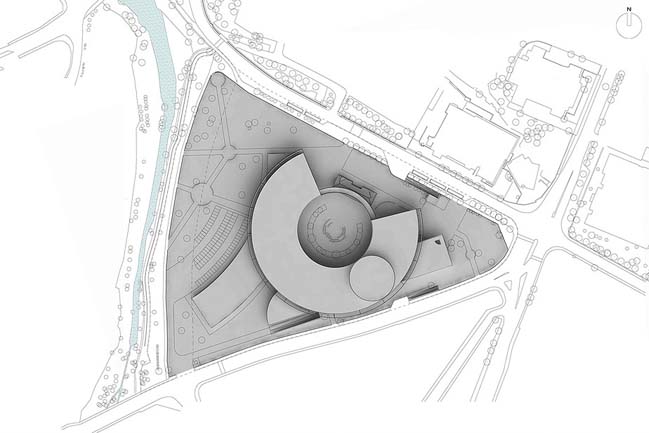 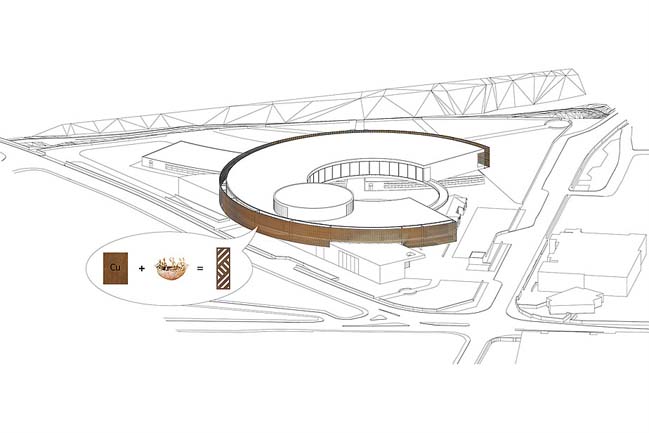 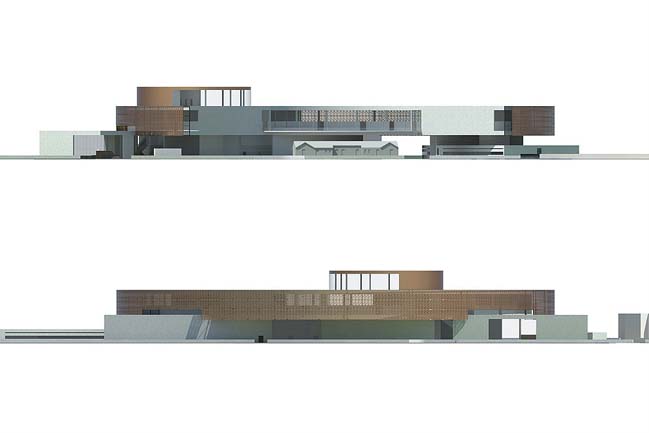 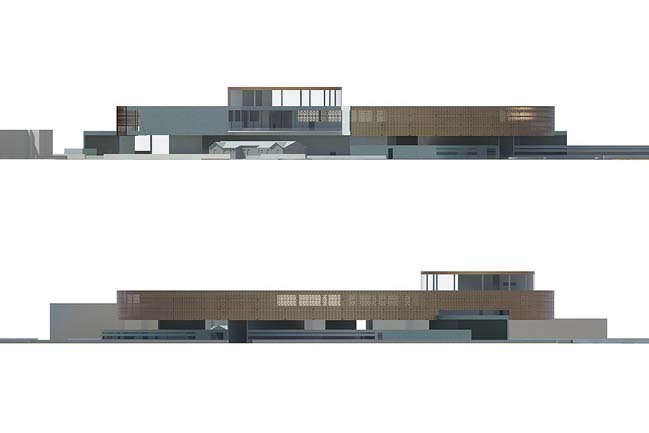 04 / 09 / 2017 This proposal was designed by Lantavos Projects that aims to make the new museum a reference point for the city of Nicosia...