Hualien is a rapidly developing city located in the middle portion of Taiwan’s East coast. TLDC, a
prominent land developer based in Taipei, has recently obtained license to turn what used to be an
industrial and factory region into a world class beach resort. The site is located prominently along the
coast and near the intersection of two river deltas. Taiwan’s spine of mountains can be seen to
the west while the coast is to the east; Hualien city is to the north. 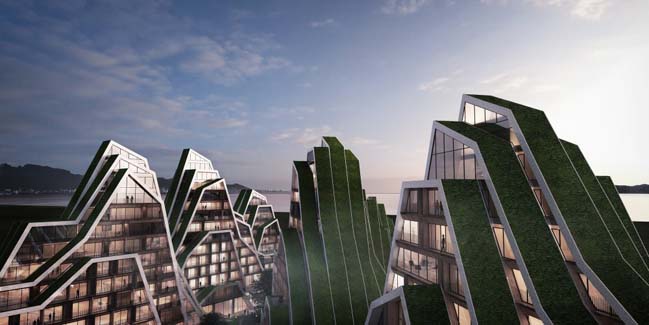 For the masterplan, a language of green landscape stripes is used to create a mountain landscape
of commercial and residential program that reflect their natural counterparts in the background. The
stripes run east-west to frame the best views while also becoming an optimal shading system for
Taiwan’s hot and humid tropical climate. High glare, low angle morning and evening sun is
effortlessly blocked by the stripes while favorable north-south light is allowed into the units. Green
roofs further mitigate heat gain and combined with the striping create a low energy masterplan. 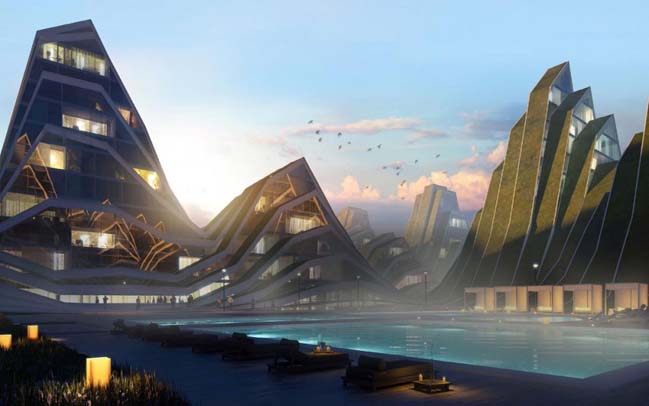 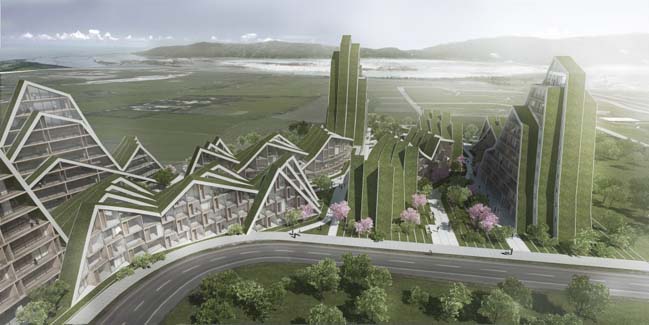 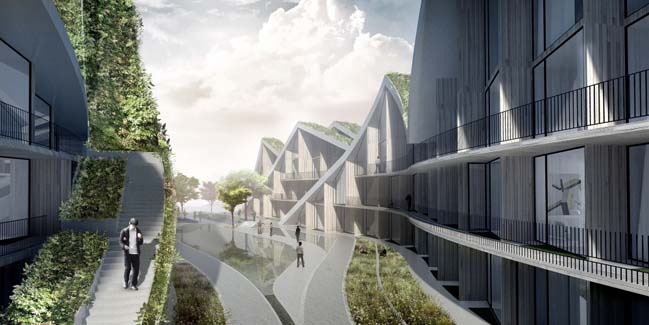 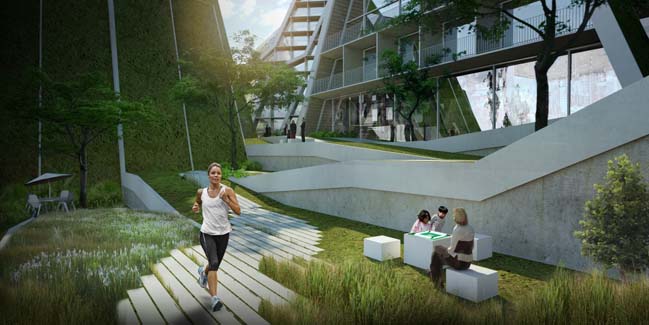 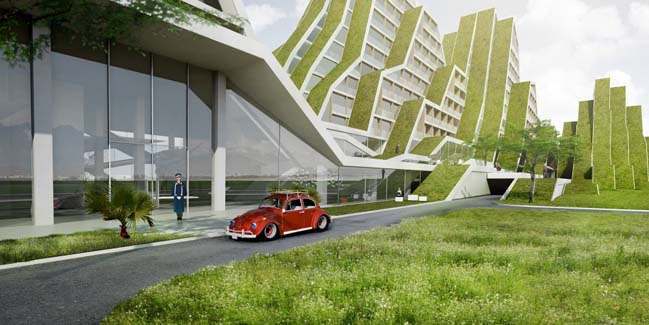 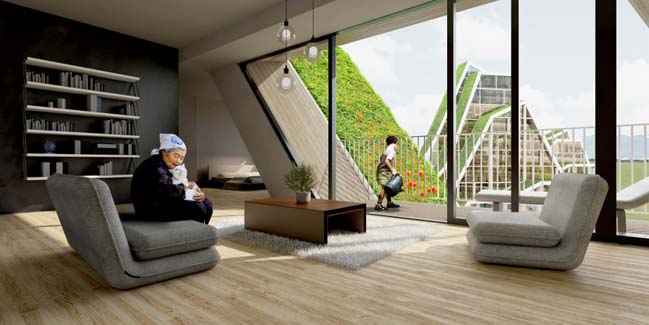 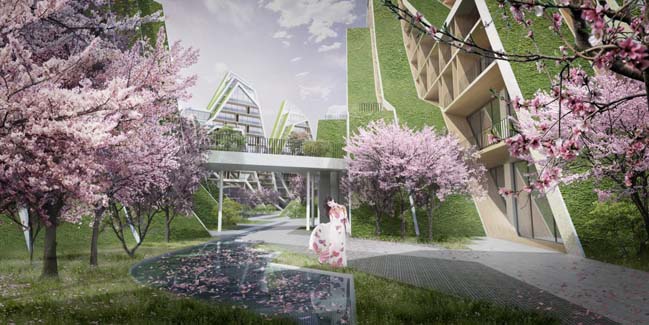 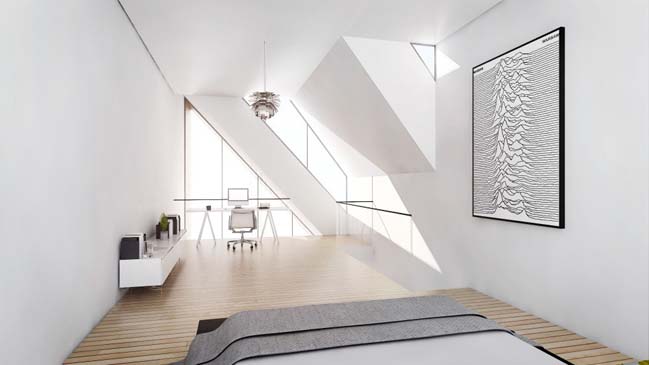 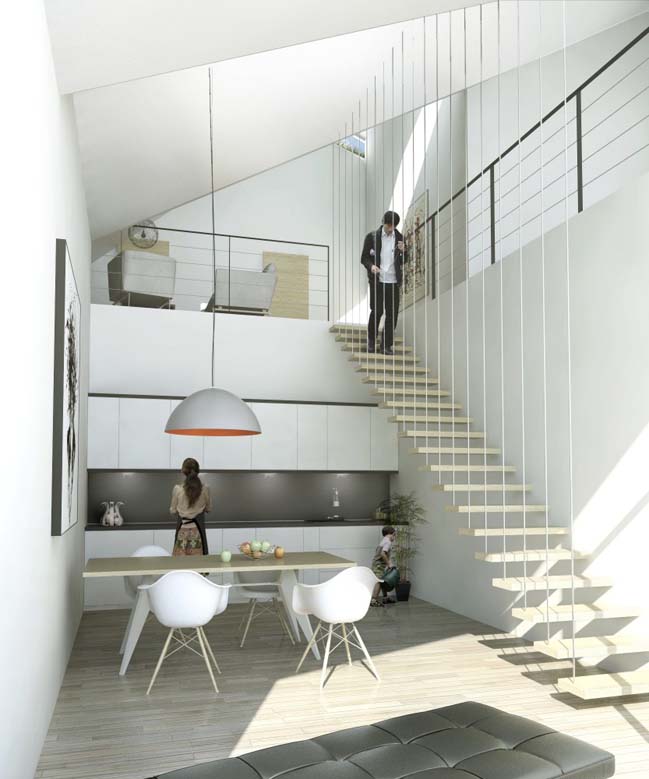 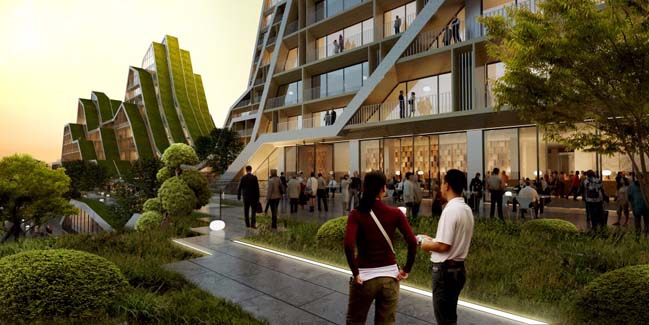 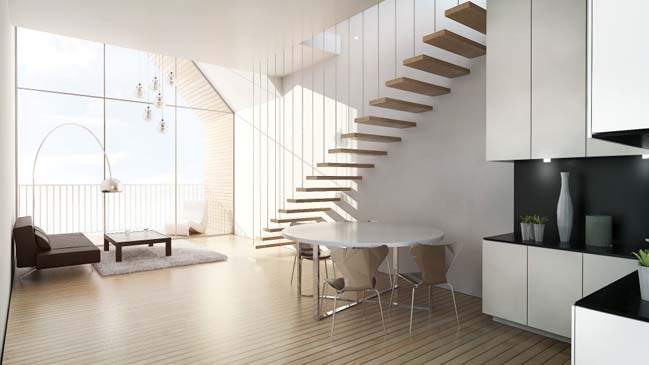 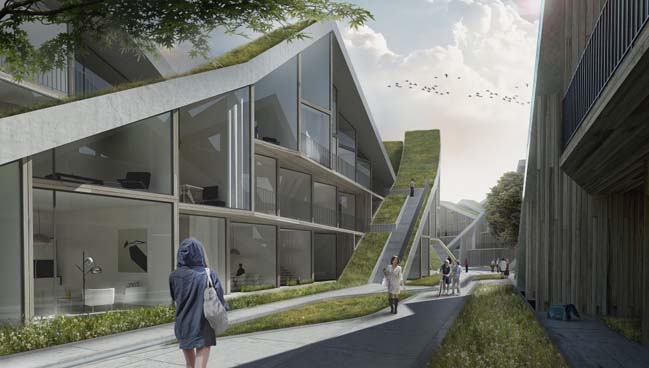 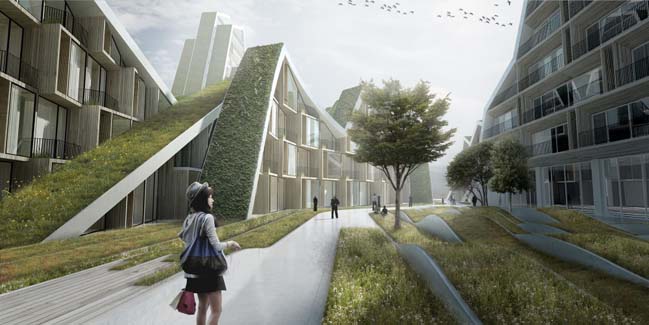 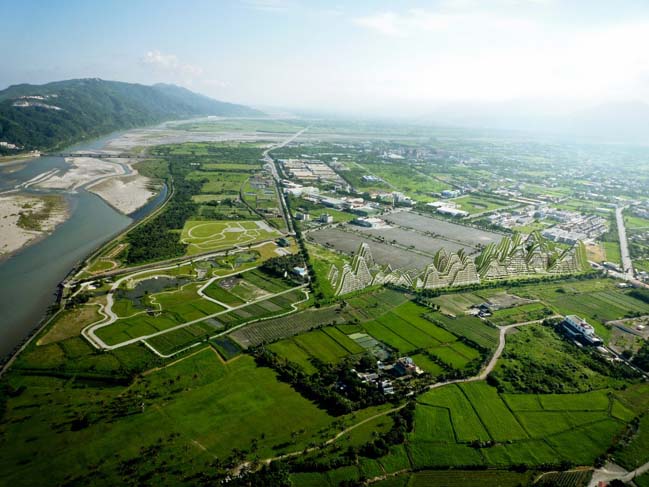 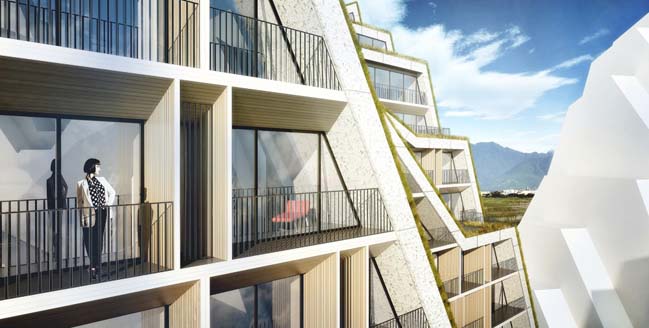 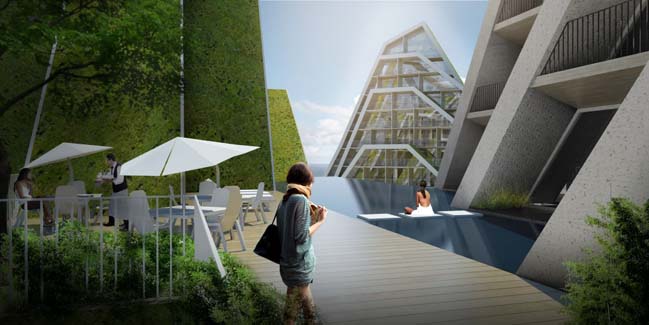 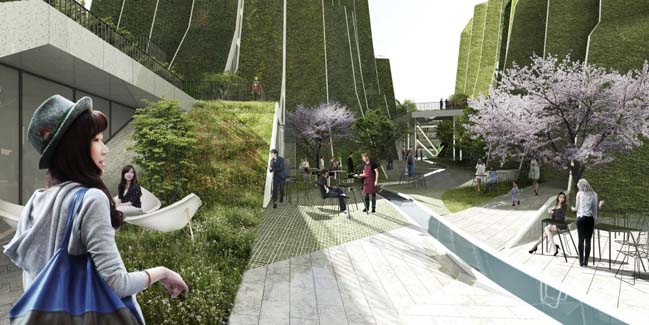 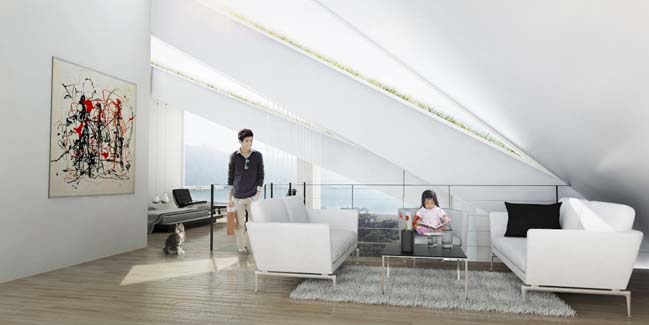 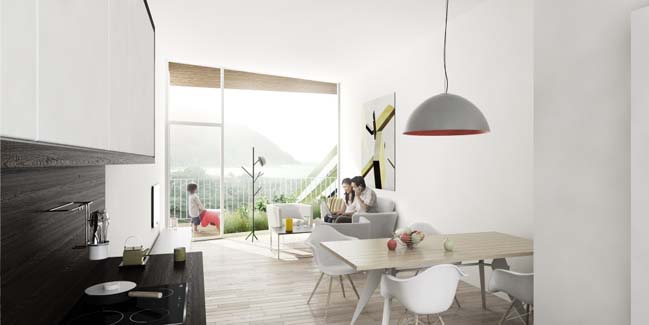 01 / 27 / 2015 Hualien is a rapidly developing city located in the middle portion of Taiwan’s East coast. TLDC, a prominent land developer based in Taipei