The redevelopment project of the old Caproni factory focuses on enhancing the stylistic features of the 1920s’ architecture and aims to transform this old plant into the new Gucci Headquarters in Milan. 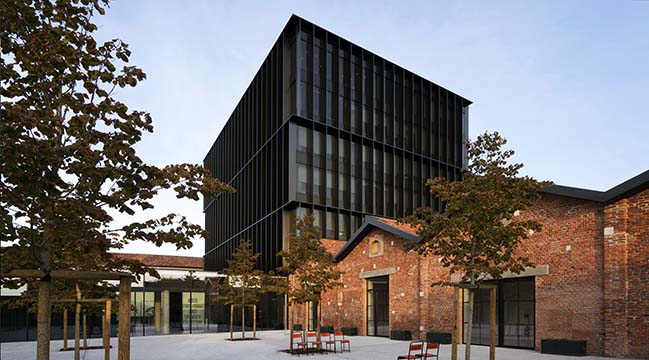 From the architect: The abandoned industrial warehouses, covered by a shed style roof that lets zenith light flow into the interiors and characterized by modular structural bays, create through the spatial layout seamless interaction between the inside and the outside. The large hangarm that now hosts events and fashion shows, and the new six-storey tower, which interacts closely with the old constructions, stand out within the site area. Covered with a regular pattern of sunscreens, the new building breaks down the site’s symmetry and generates a powerful chromatic relations with the red-coloured exposed bricks of the low-level warehouse. Pedestrian paths run between the buildings, which are mainly located on the ground floor, in a sequence of solid structures and empty spaces in which landscaping plays a key role. 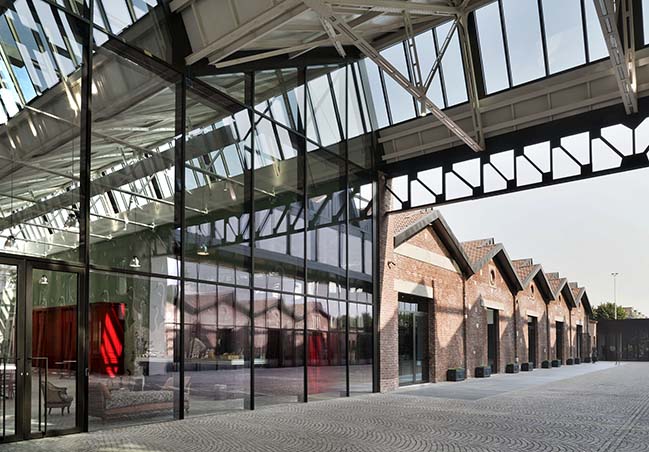 The large hangar is directly connected to the industrial warehouses, set out in a regular pattern across the site and featuring modular structural bays. It hosts events and fashion shows. 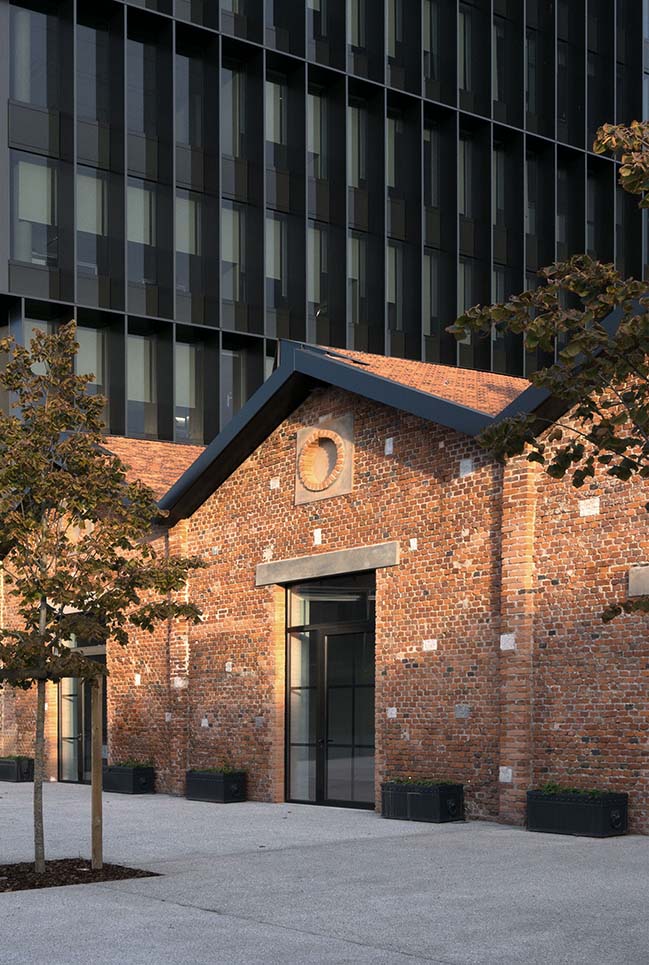 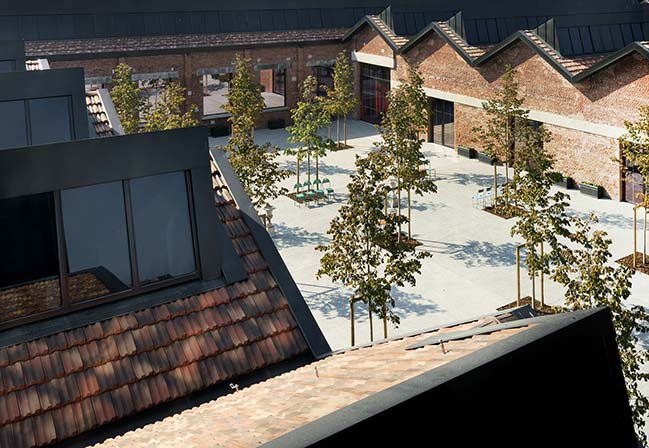 Pedestrian paths run between the buildings in a sequence of solid structures and empty spaces in which landscaping plays a key role: running across the site and smoothly interacting between the old buildings and green spaces. 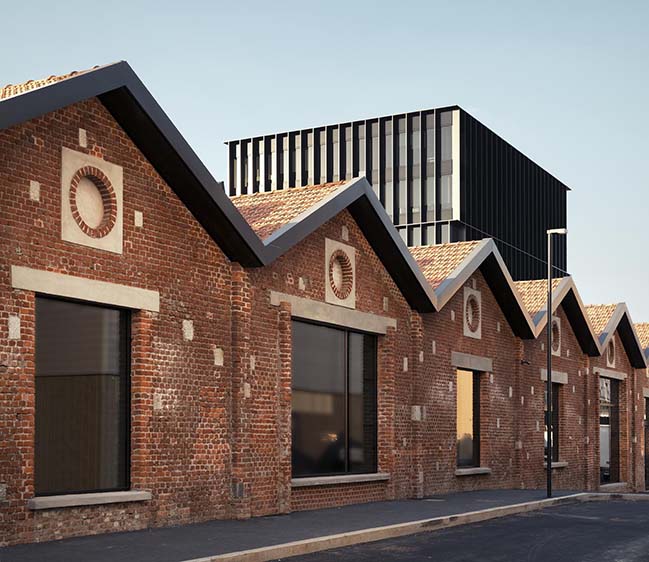 The project incorpotares a six-storey tower in its industrial fabric of warehouses and hangers, which interact closely with the old constructions. 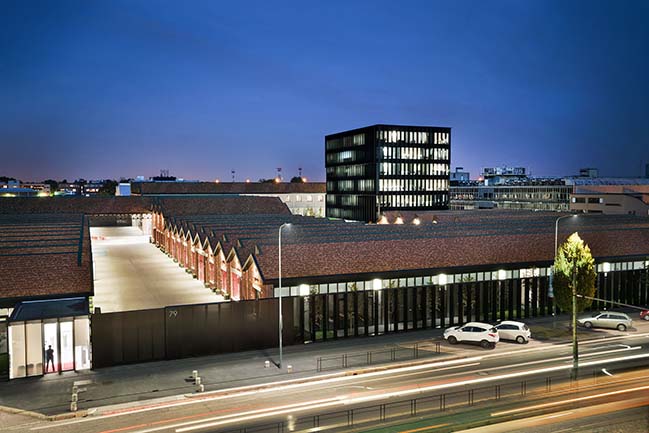