Designed by Bartosz Domiczek. "Northern Wisps" is the full CGI project created as the entry in the Ronen Bekerman's Cabins 3d Challenge. The goal was to visualize the prefab cabin in a location of choice. The design is placed in Icelandic Thórsmörk and several different scenarios were prepared to show various aspects of the place (from quite barren hills to thick woody areas). 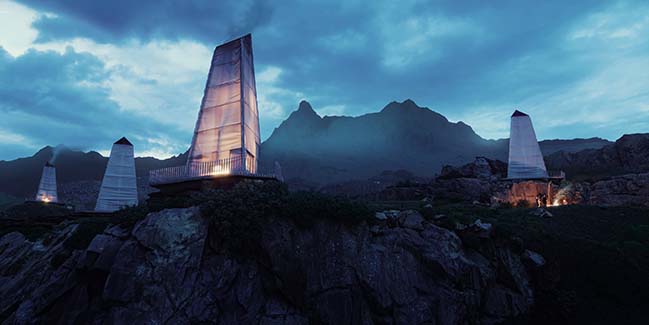 From the architect: I wanted the cabins to stand out from the environment, and be deeply poetic – even to be completely naive in this poetry of theirs. I wanted something that would be never built there, thus provoking the feeling of some elusive beauty, sitting somewhere between the formal sacrum (axis composition, mandorla) and the primal anxiety of being besieged by the unknown. 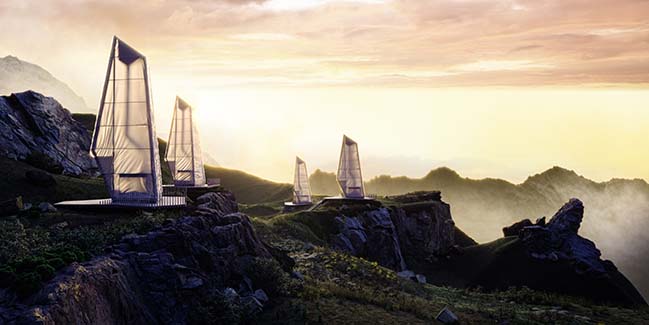 There are two main sources of inspiration. The first one is the archetype of the ancient shelter with a central fireplace. The second one is about the simplest geometry that contrasts with the complexity of the environment. 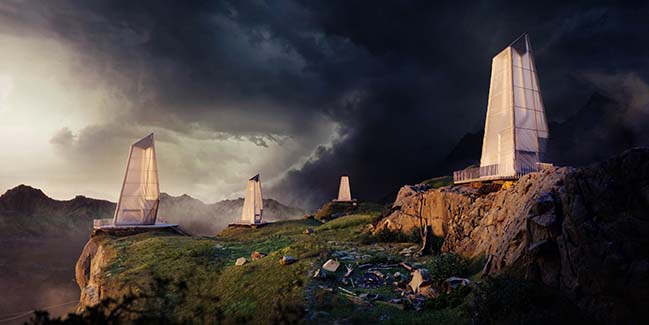 The basic form becomes the great mystery in this juxtaposition. It gains the quality of an emerging deity or some intangible truth being unveiled in front of the incompetent mind. That’s why I imagined the cabins to be seen as a row of Nordic gods stalled at the mountain ridge. It’s the genius loci of this project.

The project won the 1st prize in the Ronen Bekerman's competition and it was nominated for 2018 CG Awards. 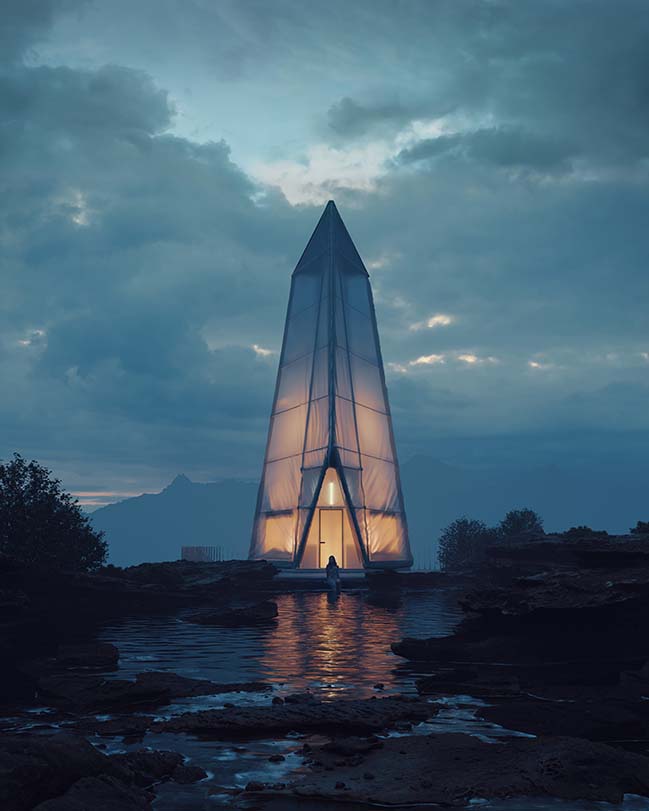 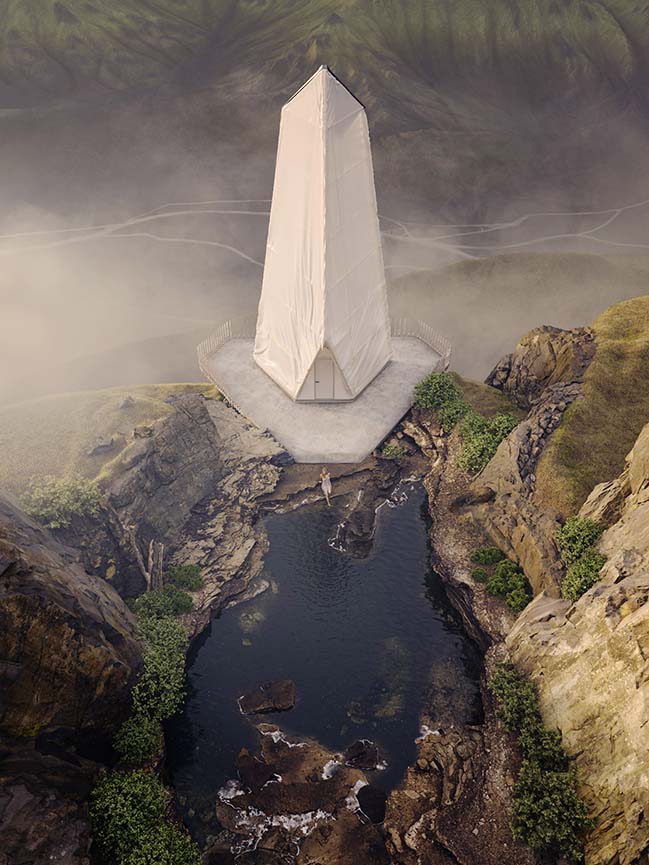 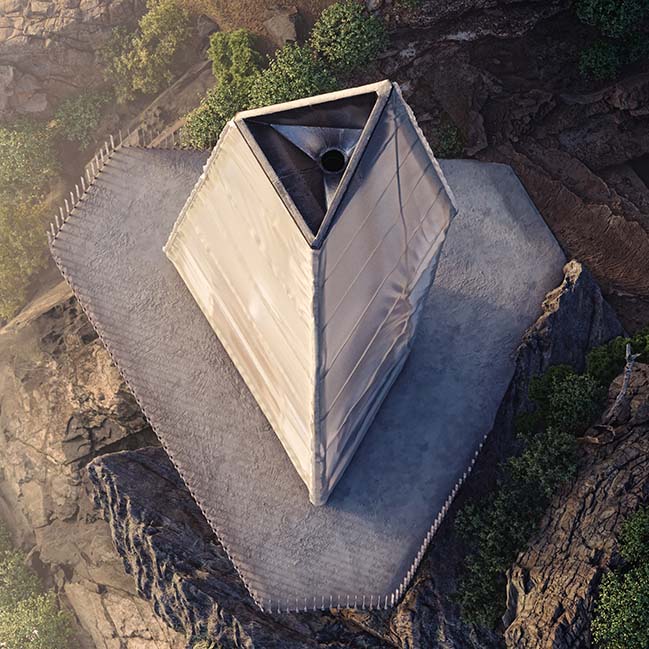 > You may also like: MINI LIVING Urban Cabin Exhibited at the 2018 Los Angeles Design Festival 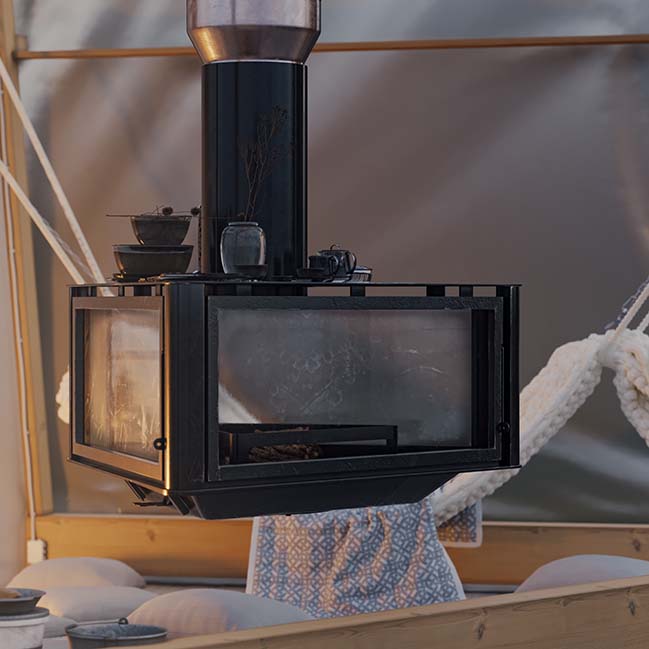 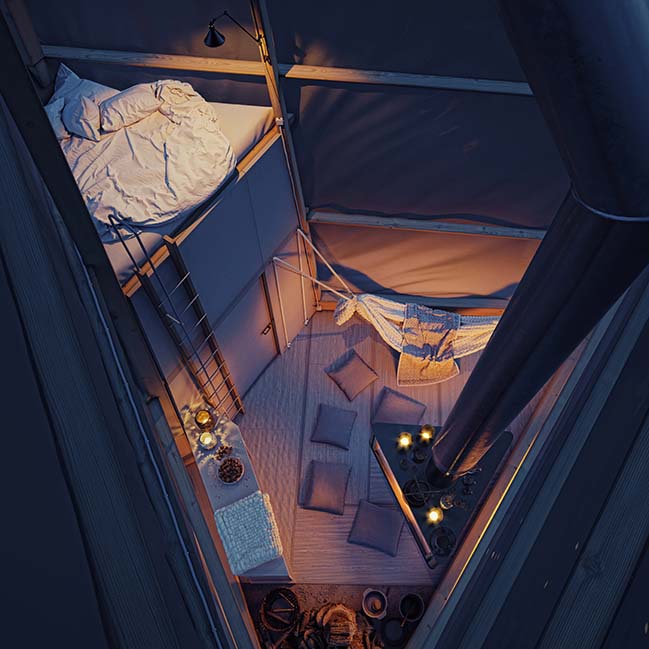 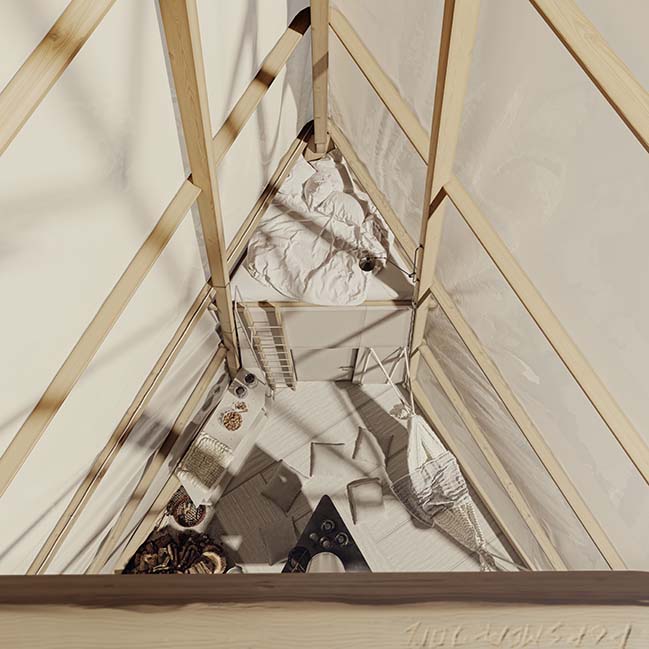 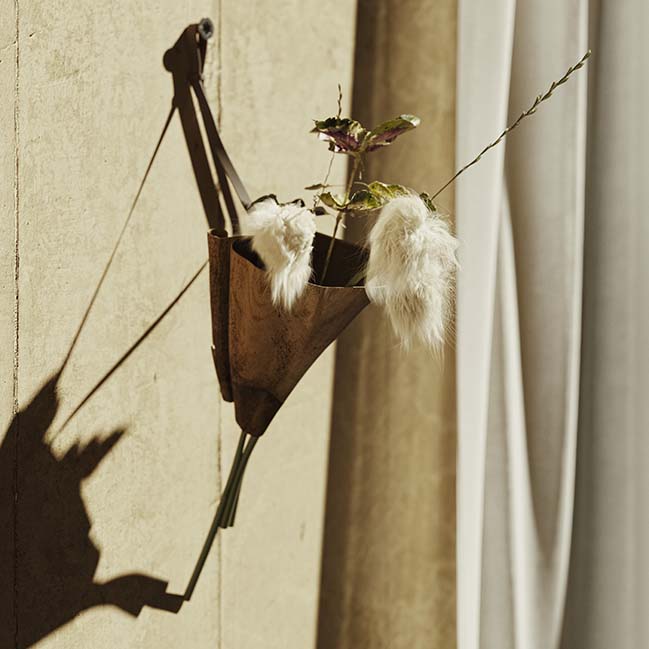 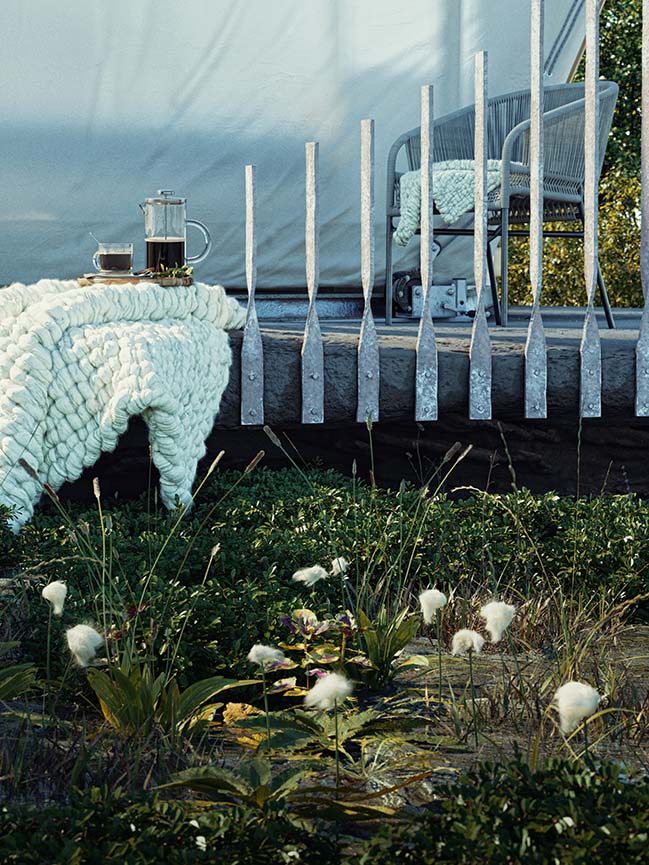 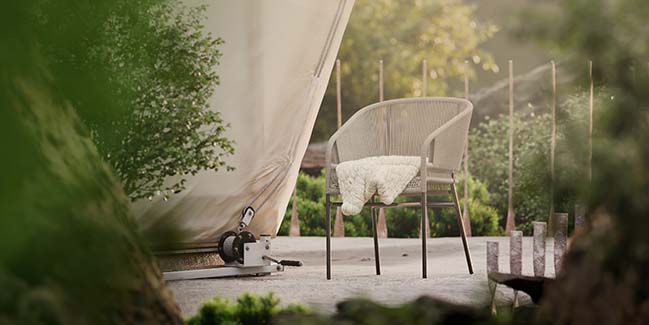 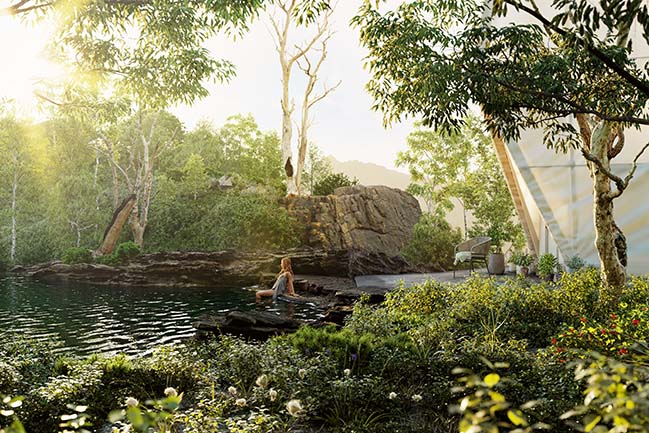 > You may also like: Tunbridge Winter Cabin by New Affiliates 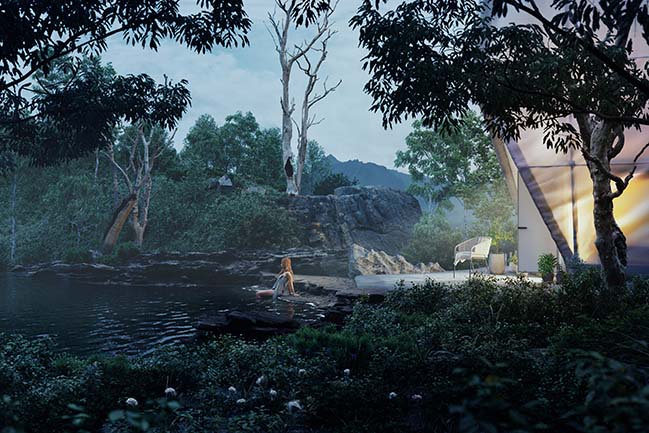 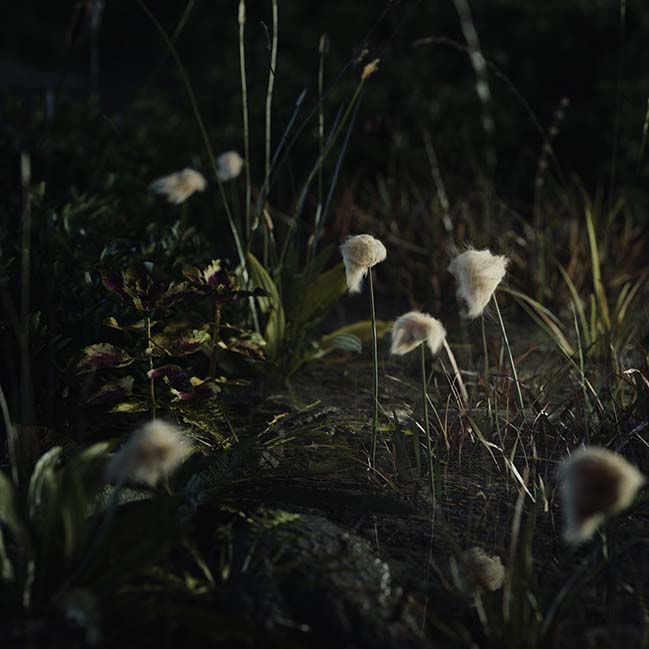 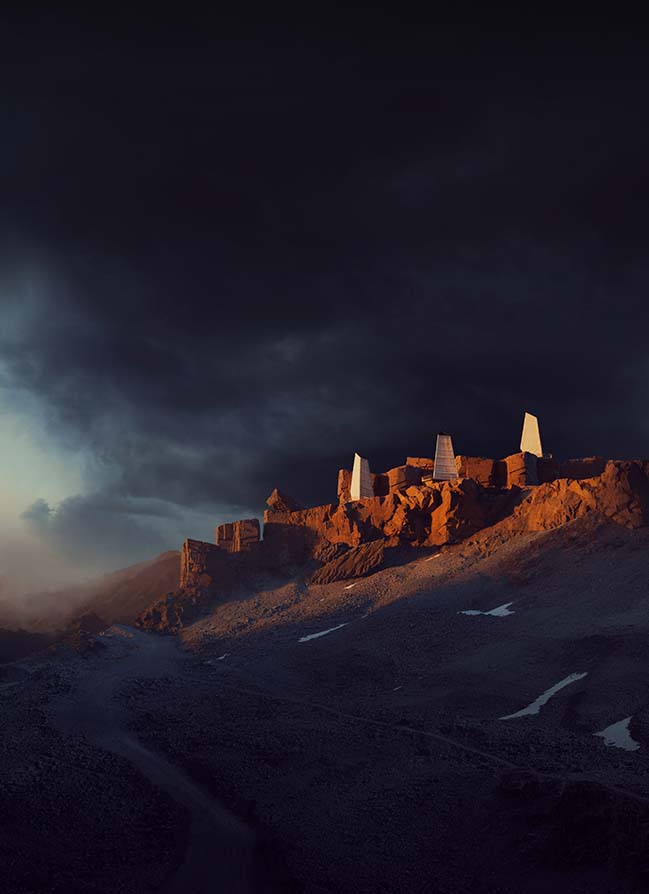 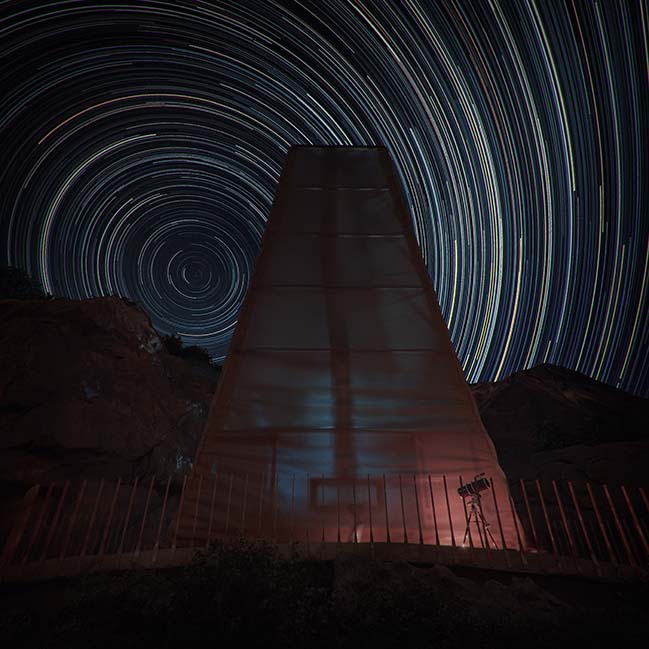 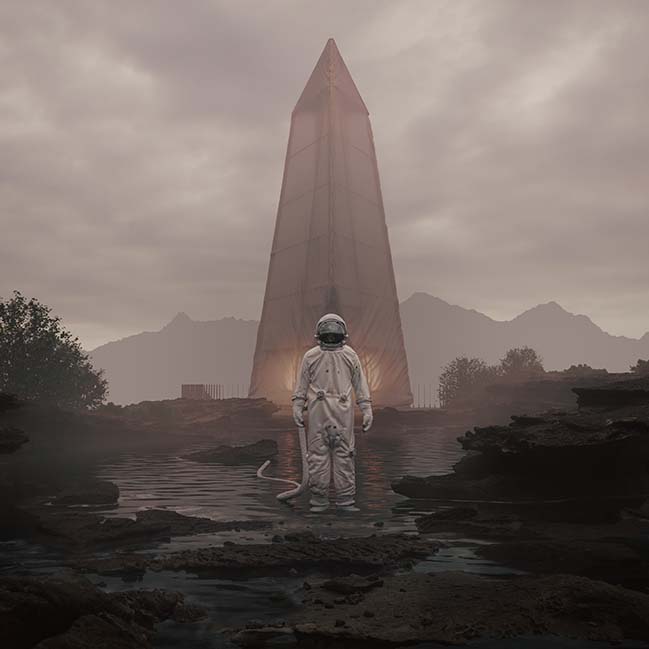 07 / 20 / 2018 Northern Wisps is the full CGI project created as the entry in the Ronen Bekerman Cabins 3d Challenge. The goal was to visualize the prefab cabin in a location of choice 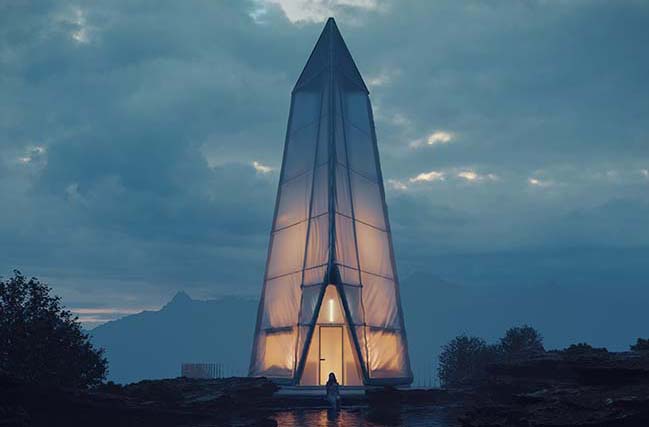