Despite living in extremely remote communities, Nunavik's Inuit do not hesitate travelling long distances by plane to visit each other or to attend an important cultural event. Since fall 2017, the 10,000 people living in one of Nunavik’s 14 communities can now gather in a new Cultural Centre located in the Northern Village of Kuujjuaraapik, north of the 55th parallel. 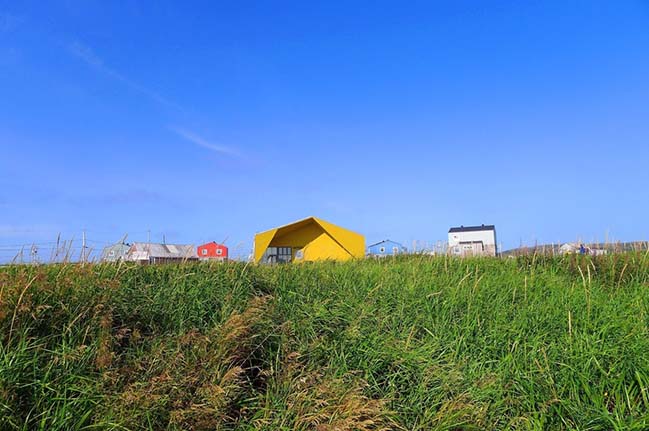 From the architect: Originally planned as a showcase for the highly popular Inuit Games, the facility lends itself to all sorts of events, from storytelling, singing and dancing to concerts, films, banquets and other types of gatherings.

The building was awarded a Grand Prix du Design’s special Mention, in February 2018. 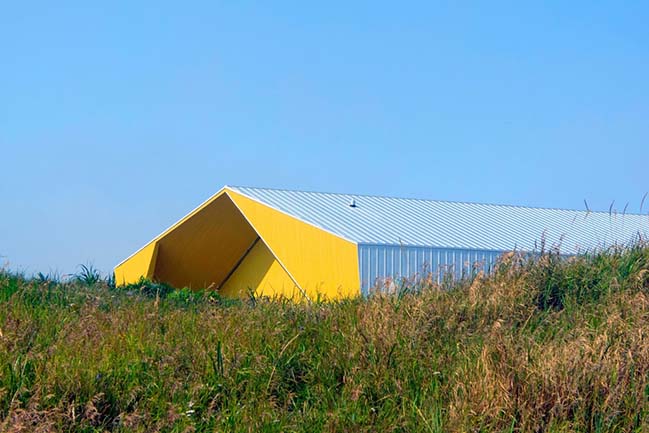 The architects were inspired by the shape of icebergs - The 680-square-metre building is located near the mouth of the Great Whale River on a sand dune of exceptional beauty, a unique feature in this northern territory. The slightly lopsided one-and-a-half-storey exterior volume seems to have been shaped by the strong winter winds. A light aerial structure signals the entrance portico, facing south, echoing the porch of the nearby church, the village’s oldest structure. 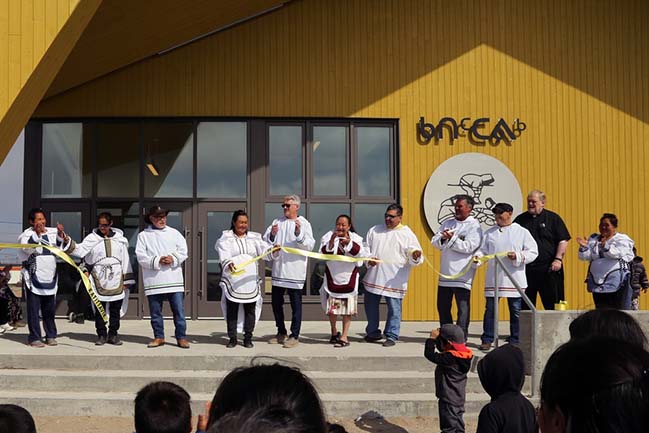 The protected portico can be reached through a gently sloping concrete ramp, which creates an additional gathering and play area for the community. The strong lines of the front façade are projected inside the building and give life to the well-lit entrance lobby. Given the building’s function and because of high heating costs, the lobby is the only area of the building with large openings. 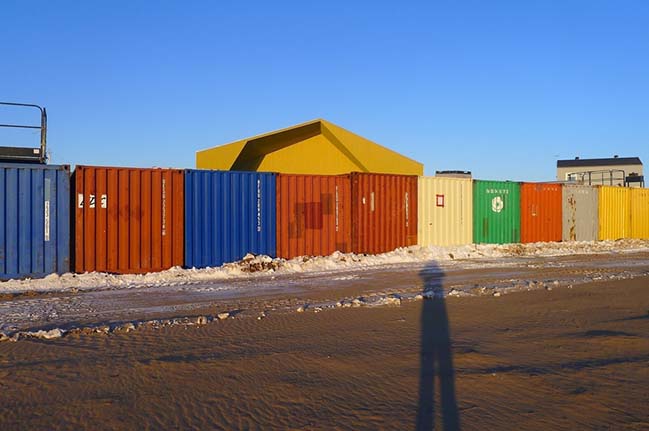 It opens directly to the main hall, which can accommodate up to 300 people. Thanks to retractable seating and its state-of-the-art scenic equipment, the hall lends itself to various types of events. Translation and videoconferencing facilities also allow the community to hold assemblies. A small platform floating above serves as the hall’s control booth. 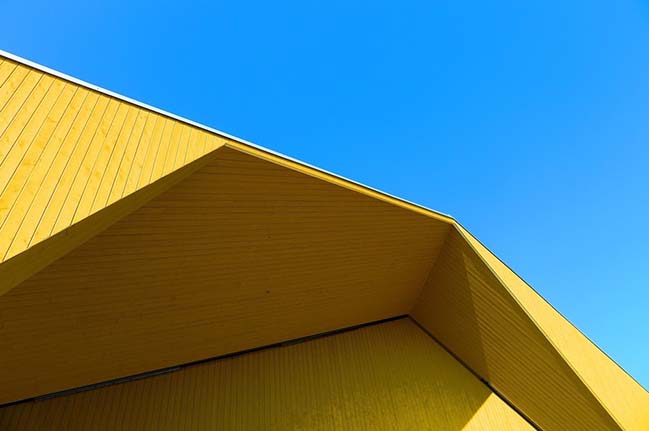 Pre-painted wood planks were used for the exterior cladding along with steel panels. The warm colour of the planks was meant to recall the sand dune on which the village is built, an uncommon situation as most northern communities sit on permafrost. 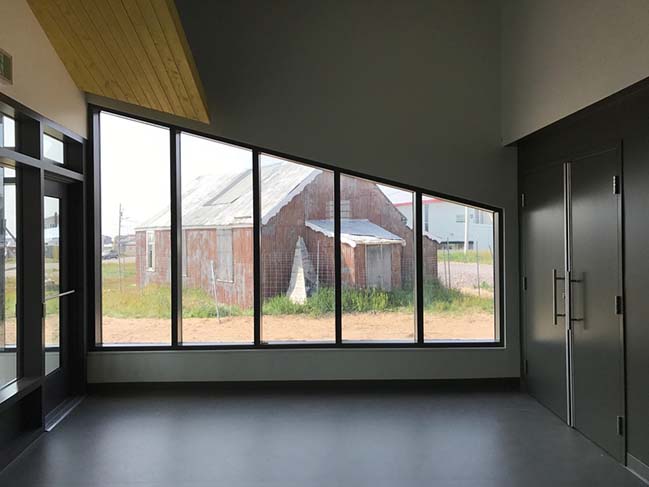 Building in Kuujjuaraapik, a major challenge - Long-term planning is needed to achieve any project in the North. For the architects, it means consulting with the community and accompanying the client during a process that can last for years. Project financing represents yet another major challenge, since construction costs in Northern regions are often triple what they are in Canada’s urban areas. Finally, because materials and building components can only be shipped during a brief summer season, accurate scheduling is of crucial importance. 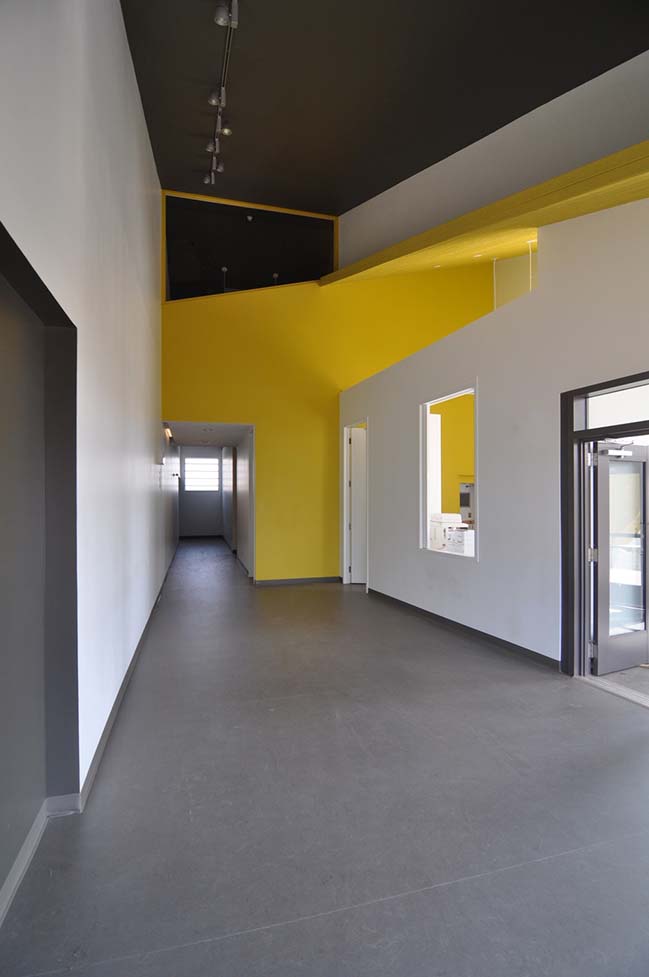 Typically, shipments leave Montreal in June to reach villages such as the Northern Village of Kuujjuaraapik  roughly a month later. Ships go up the St. Lawrence River and the Gulf of St. Lawrence, then travel along the western coast of Newfoundland, circle Labrador, follow the Bay of Ungava, the coast of Nunavik, reach Hudson Bay, and head south, delivering goods to the villages along the way. 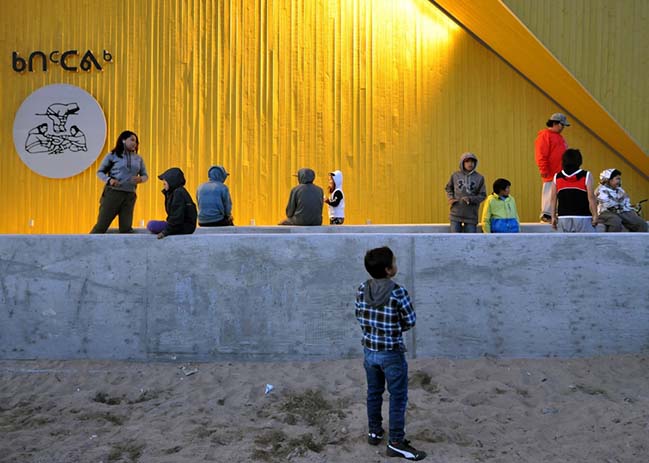 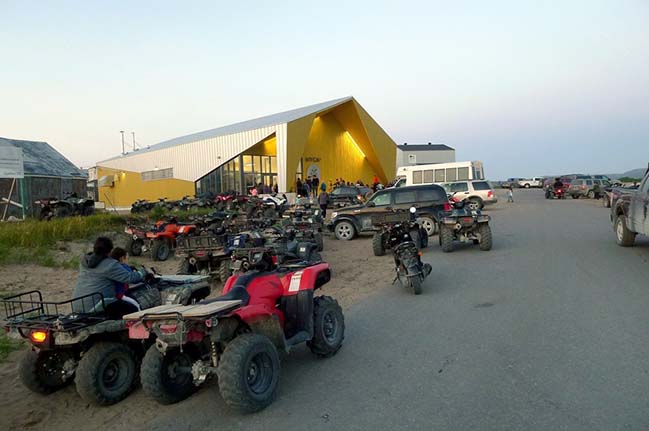 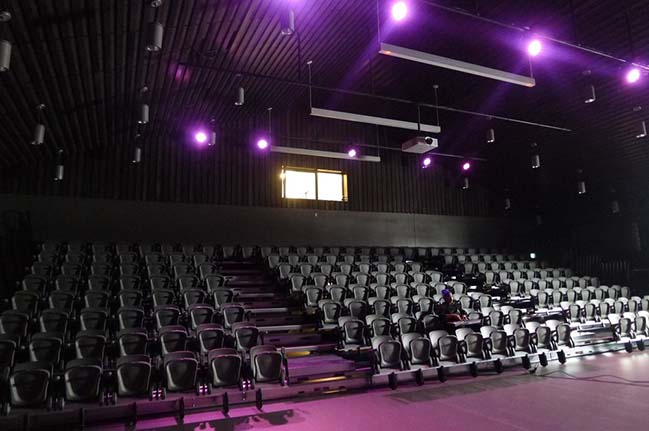 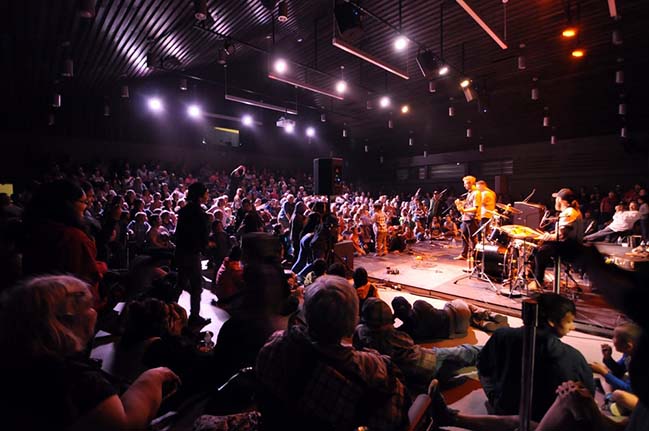 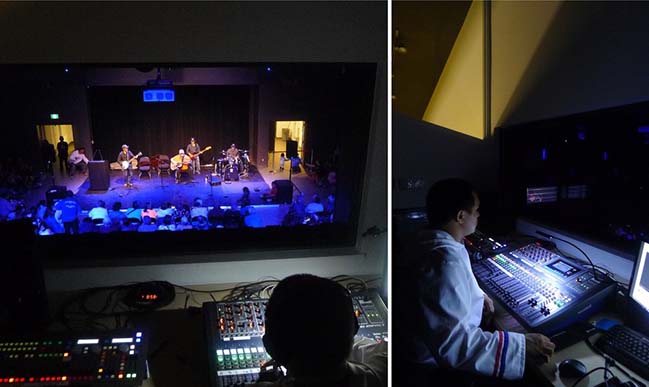 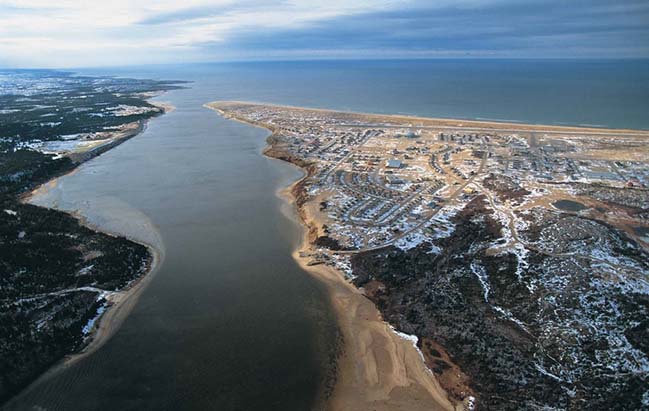 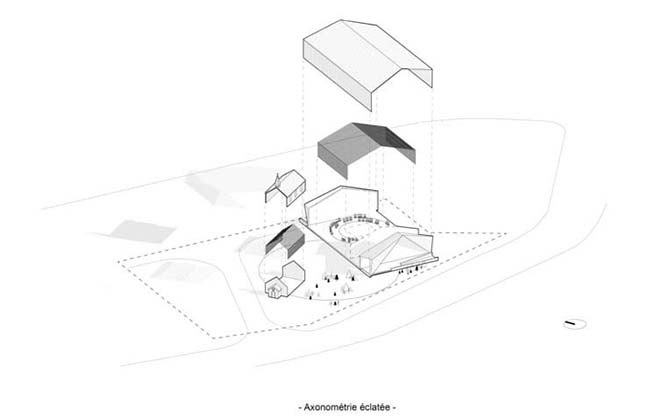 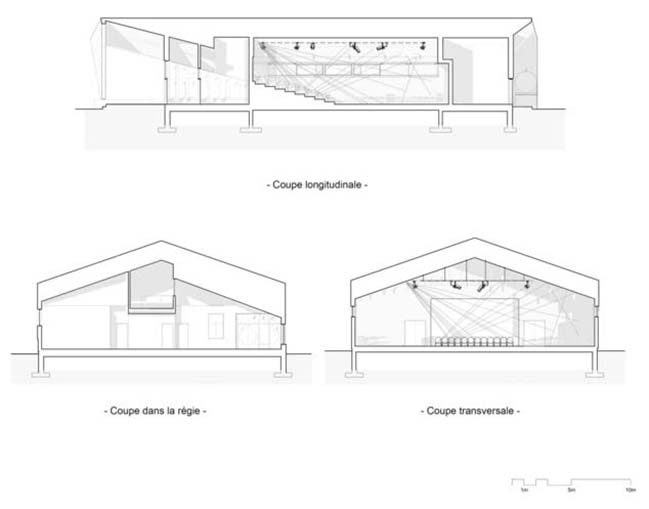 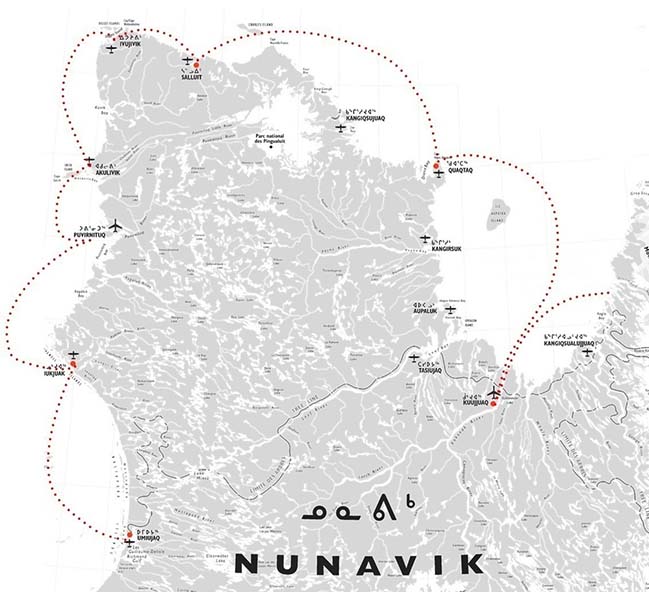 06 / 23 / 2018 Despite living in extremely remote communities, Nunavik's Inuit do not hesitate travelling long distances by plane to visit each other or to attend an important cultural event 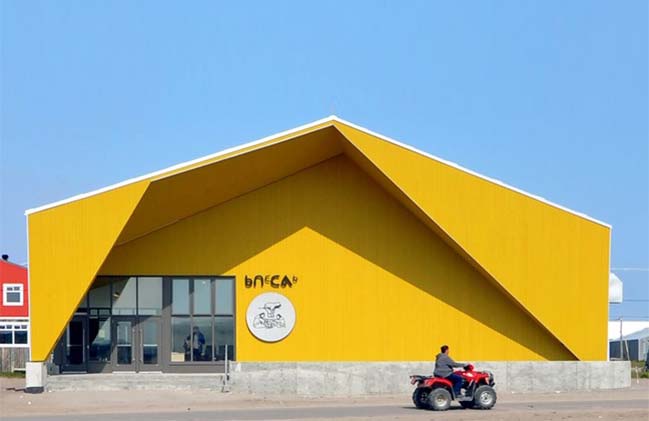