The Pilgrims’ House by KAOS Architects was completed in 2018 as a recent addition to the castle ensemble that offers a look into medieval life, an opportunity for self-reflection as well as an aesthetic impression. 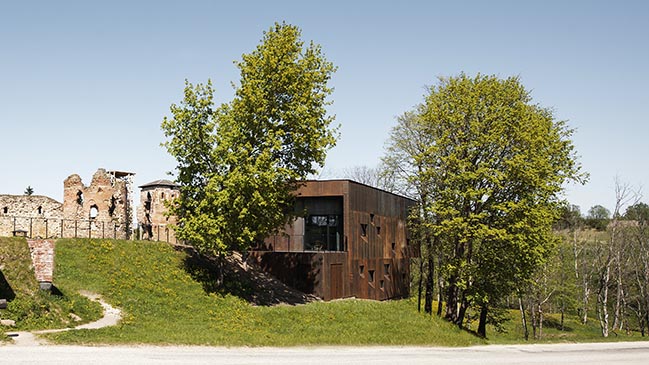 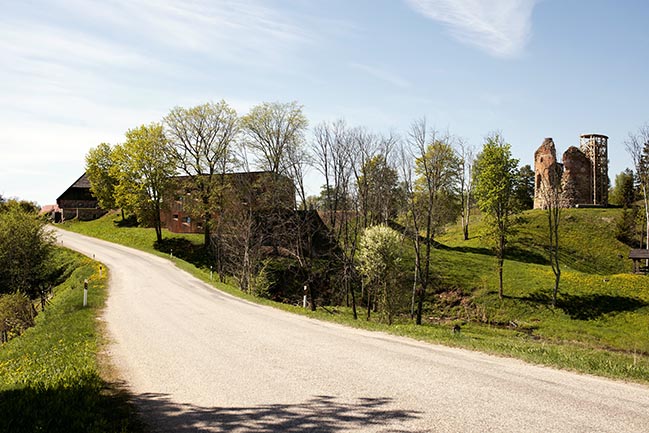 From the architect: Architect Sami Rintala described the Pilgrims’ House as follows: "The building feels very integral by how it appears in the landscape when it is approached and by the view of the surroundings as seen from the inside. From the location to the details, from the clothes racks to the technological solutions of the exhibition, all elements seem to work together nicely. It is a successful abstraction of the medieval setting, without being romantic, or at least overly romantic. We can see what is new and what represents the old in a smart and balanced way. It is a building that left a very positive impression." 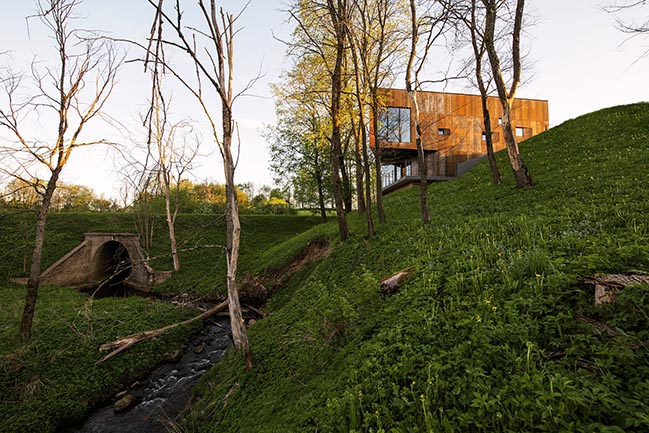 In south-eastern Estonia, a traveller ascending the steepish slopes of the ancient glacial valleys carved by the Piusa river and Meeksi stream will reach a complex of buildings including the ruins of a 14th-century castle, an old pub house and the modern Pilgrims’ House. The Episcopal Castle in Vastseliina is a venue imbued with history. 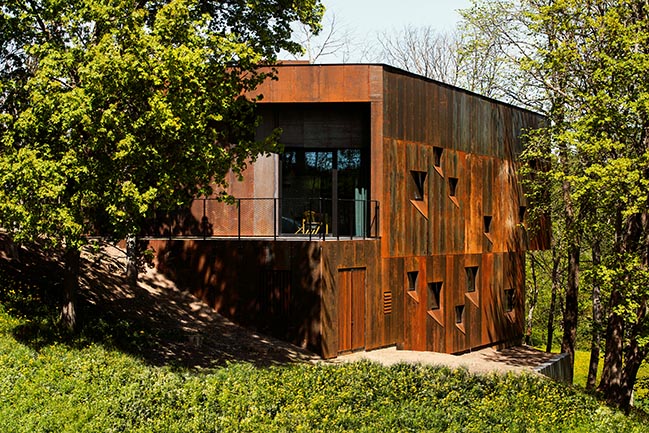 The castle complex, which used to be a popular pilgrimage destination after a miracle was reported to have occurred there in 1353, has now been revived as an experience centre to exhibit the medieval mode of living. The Pilgrims’ House by KAOS Architects was completed in 2018 as a recent addition to the castle ensemble. 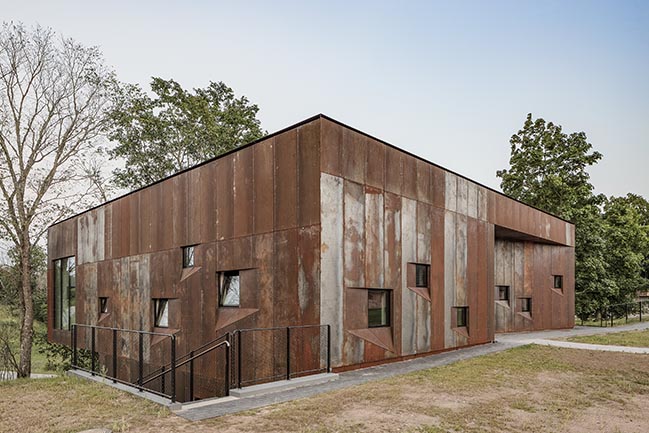 The concept of the Pilgrims’ House has been shaped by the historic location, the picturesque scenery and the meditative realm of pilgrimage. The house has been nested onto the slope and designed so as to avoid blocking the view of what is left of the castle. The modern building is distinguishable though respectful to the old and remains partly veiled by the greenery during the summer period, reaching away from the castle ruins and jutting out towards the stream in the valley. 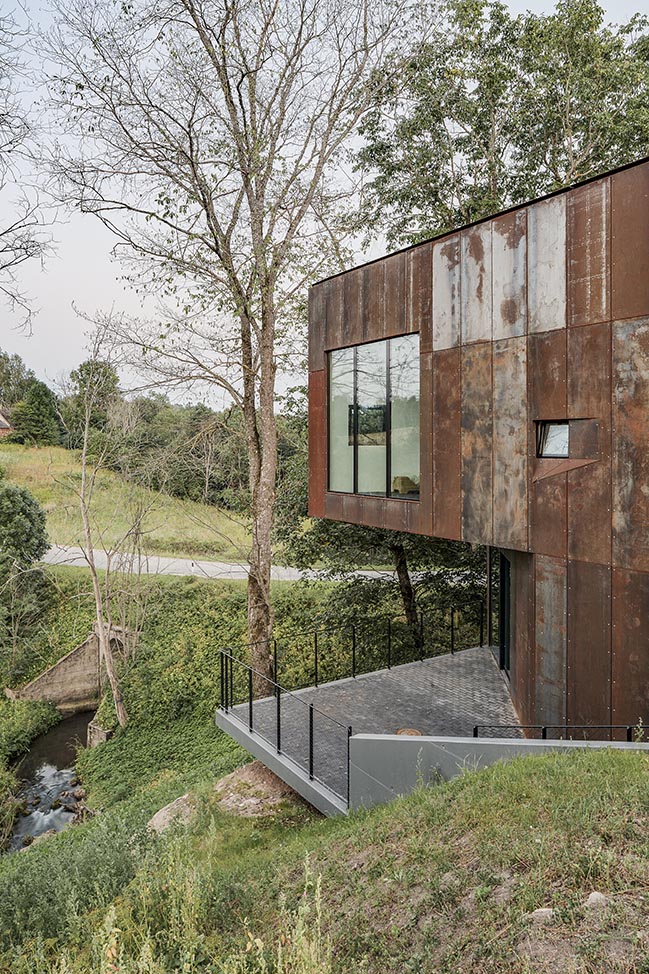 For KAOS Architects, this building was a pilgrimage to an architectural vision delicately balanced between imitating the historical atmosphere and responding to modern conventions. This has resulted in a notionally medieval touch, featuring high rooms and doors, seemingly mural stairs and secret niches, brick floors and plastered interior walls. The small window apertures here and there in the mostly blind walls, reminiscent of early castles, offer scenic views, the finest of which are framed by larger windows. The reddish brown weathering steel fabric of the Pilgrims’ House is aimed at toning in with the red brick and granite of the castle ruins. 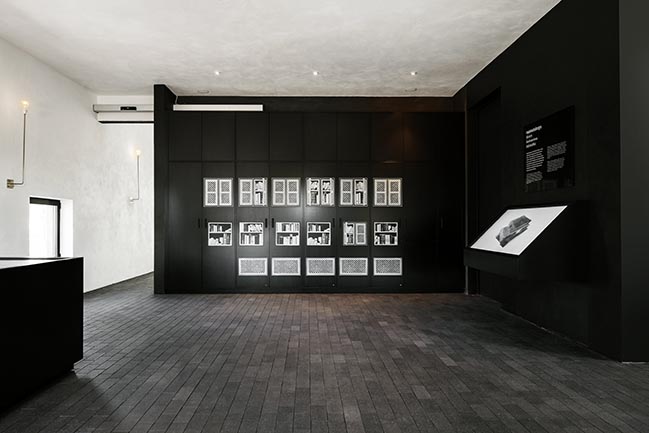 The general monochrome aesthetics let the old and the modern blend into each other, highlighting the medievally dressed personnel, foods and drinks. On the walls, black-and-white graphics inspired by old engravings serve as windows into the medieval world.

Thus, the Pilgrims’ House offers a look into medieval life, an opportunity for self-reflection as well as an aesthetic impression. 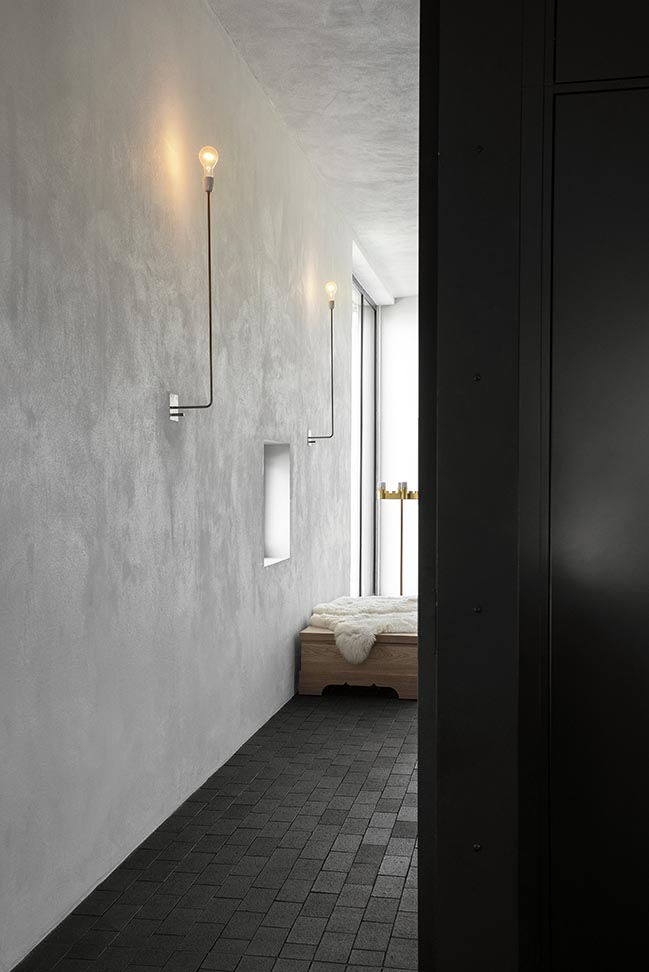 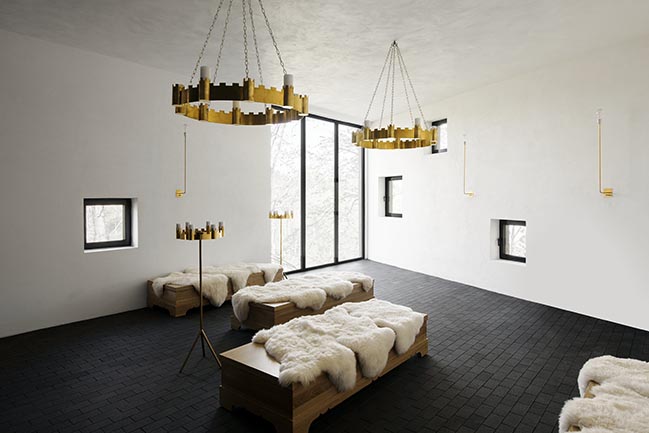 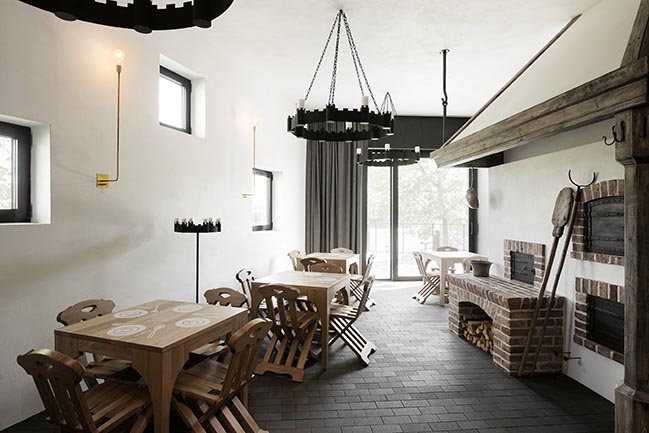 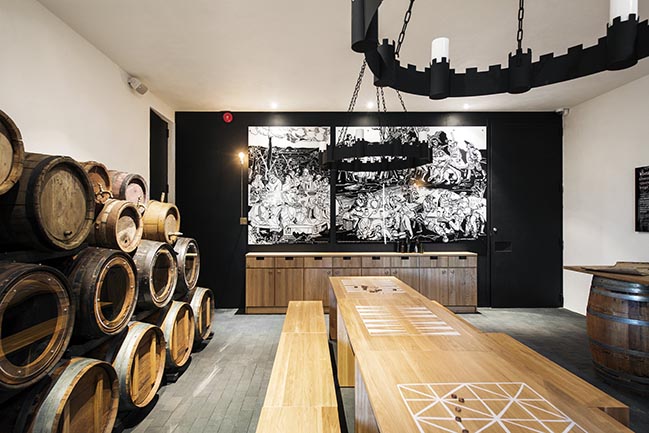 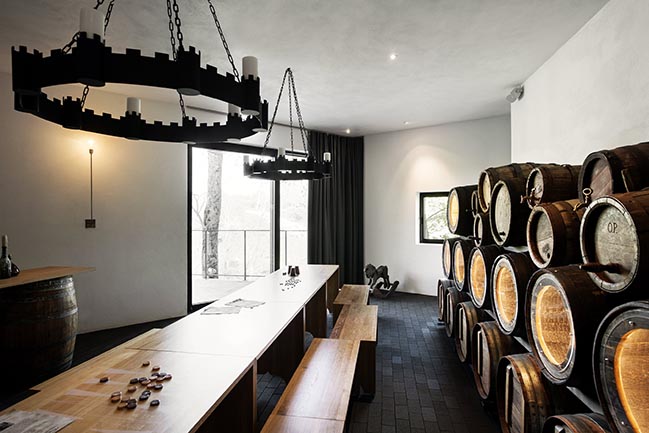 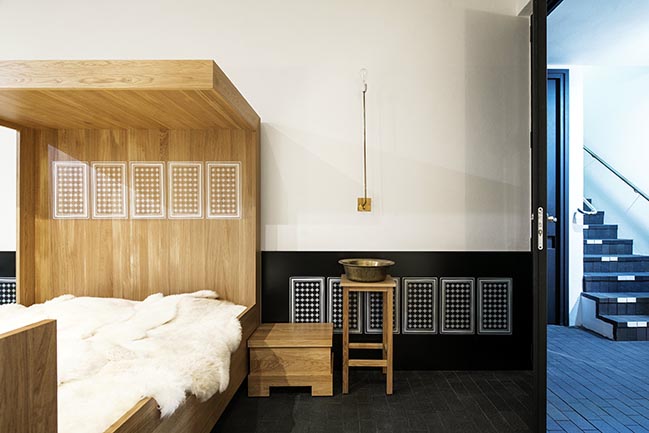 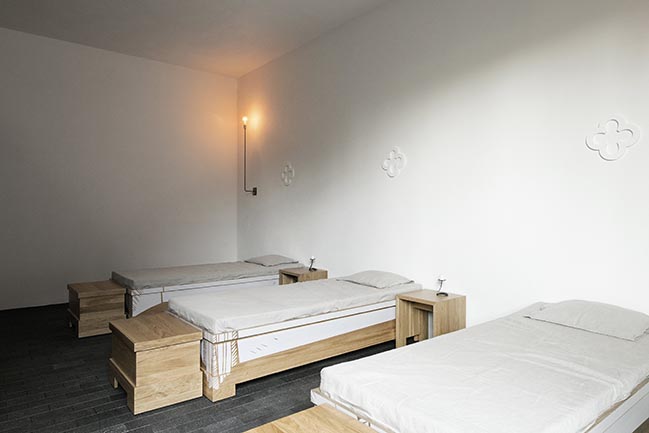 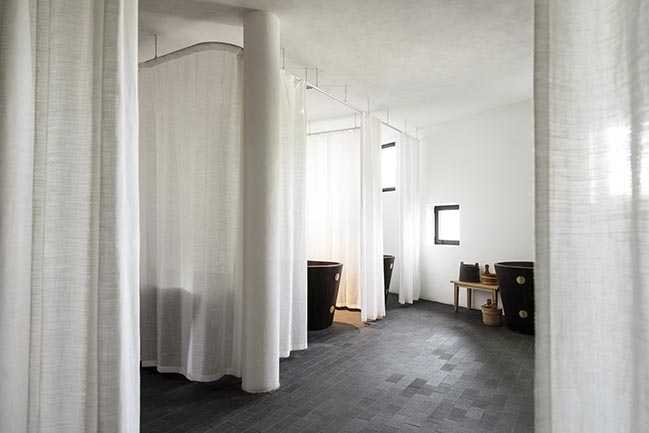 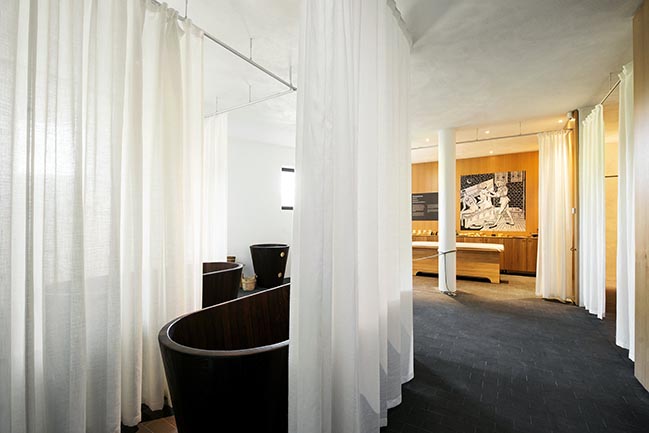 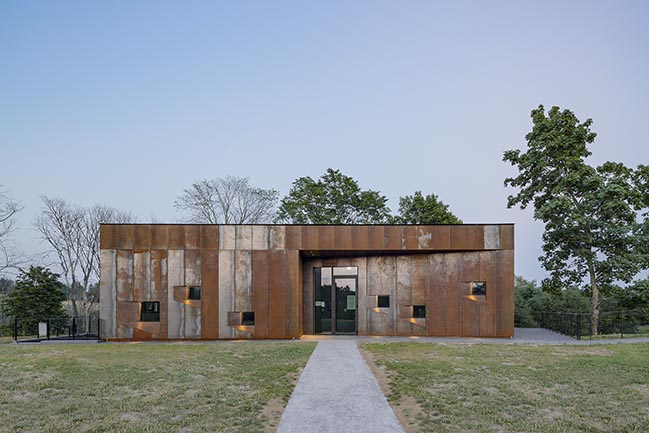 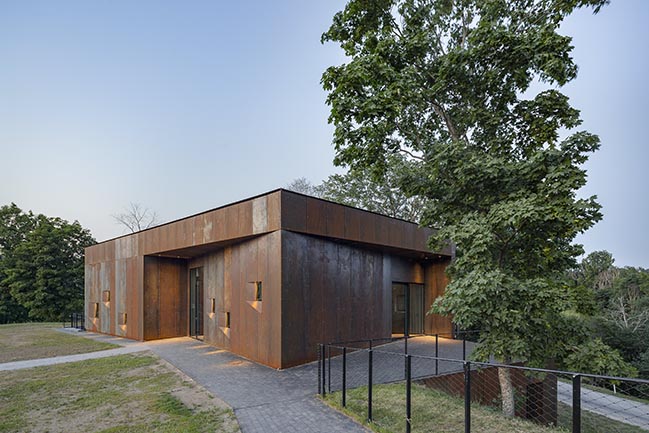 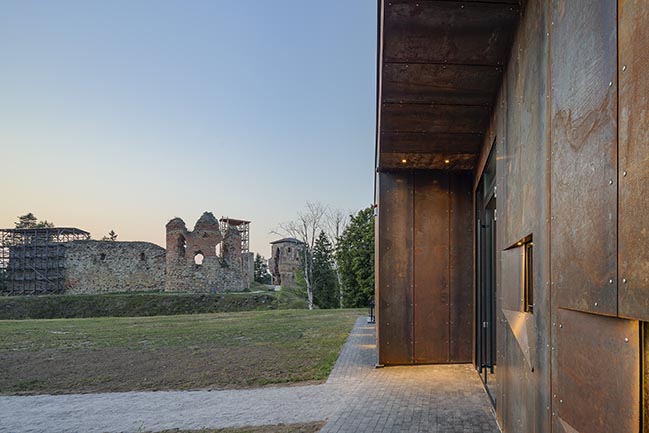 01 / 29 / 2019 The Pilgrims' House by KAOS Architects was completed in 2018 as a recent addition to the castle ensemble that offers a look into medieval life...