SPF:architects (SPF:a), an award-winning design studio based in Culver City, is excited to announce that the Long Beach Seaside Way Convention and Performing Arts Center Pedestrian Bridge, or “Rainbow Bridge”, is now open to the public. The project provides a new connection between two important Long Beach destinations. 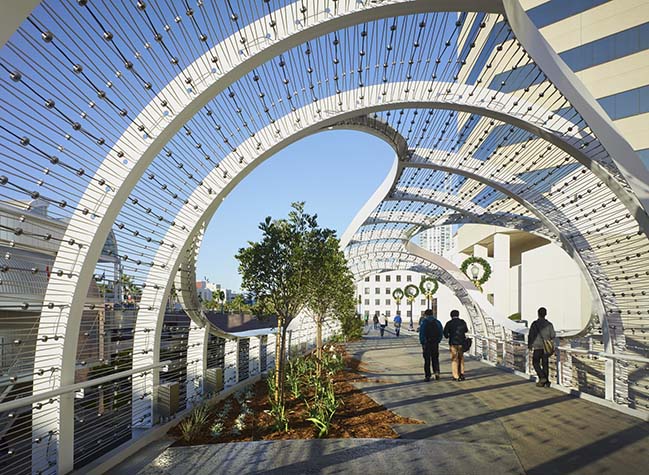 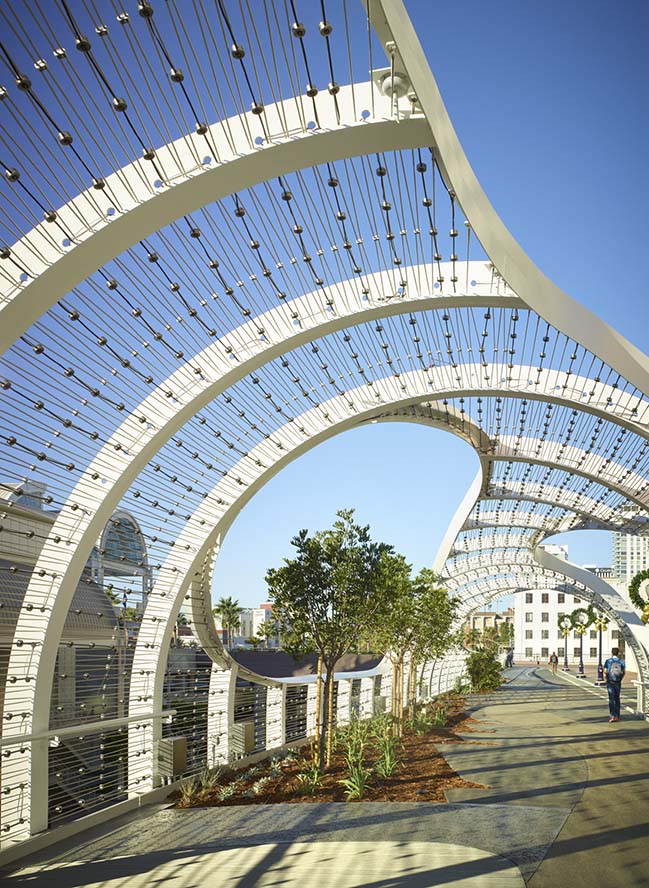 From the architect: SPF:a was chosen in 2014 for their proposal to create a direct, public connection between two major Long Beach venues: the Long Beach Convention Center and the Long Beach Performing Arts Center. Before the construction of the bridge, moving between the two destinations demanded climbing numerous flights of stairs and crossing a stretch of Seaside Way dominated by loading docks and HVAC equipment. 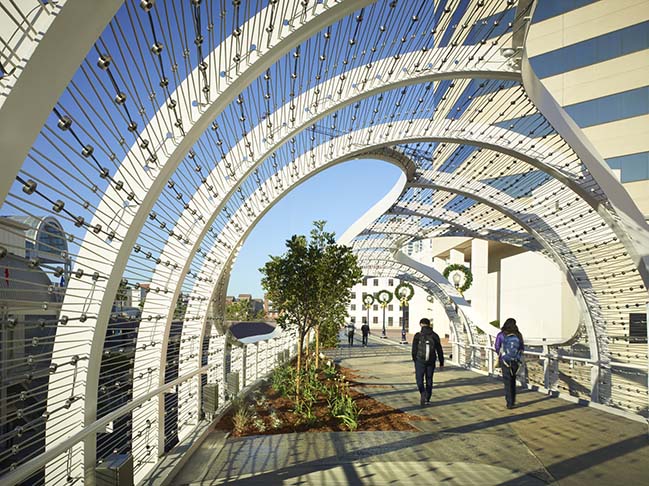 The initial solution proposed by SPF:a was to build an elevated sidewalk between the two centers, but following an overwhelming response to the RFQ issued by the city, founder and design principal of SPF:a, Zoltan E. Pali, FAIA, along with the City’s Public Works Project Manager, Eric Lopez, and the CEO of the Long Beach Convention Center, Steve Goodling, chose to pursue a more complete public amenity. 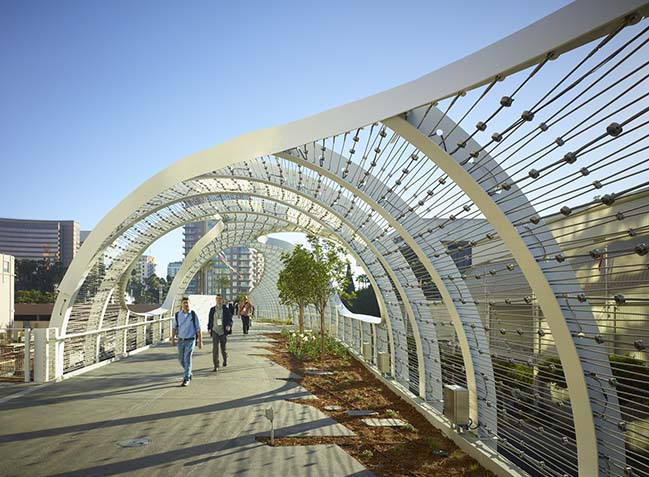 “Once we imagined that the connection between the Performing Arts and Convention Centers could be an experience, it became very exciting,” said Zoltan E. Pali, FAIA SPF:a’s founder and design principal. “Creating architecture out of infrastructure is quite rewarding.” 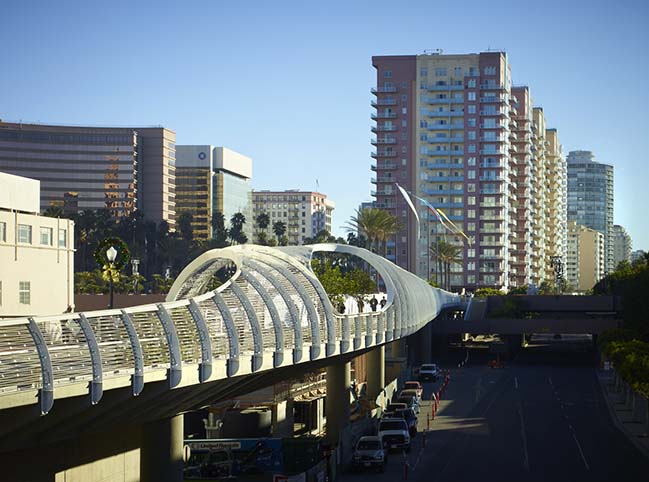 The finished project is a spectacular 600-foot pedestrian bridge consisting of 76 custom-welded bent-steel ribs framing the top, and approximately 1,200 cubic yards of poured-in-place concrete shaping the base. The bridge canopy features 3,500 color-changing LED node lights, 100 downlights, and 70 floodlights, all of which can be programmed and synched to music to create different effects. 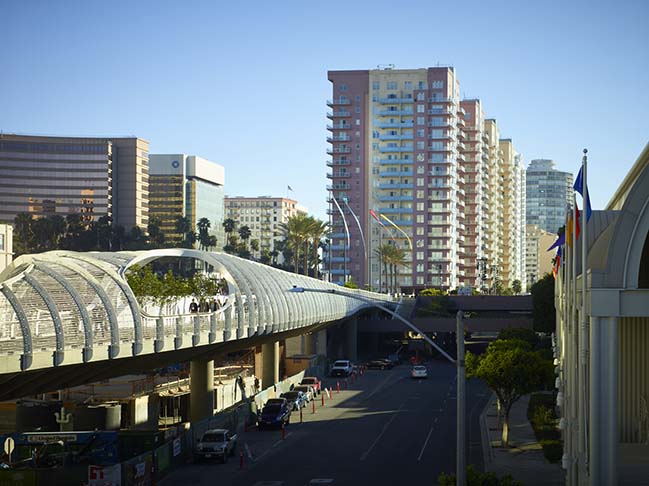 SPF:a worked closely with Carl Stahl Architektur to create the custom, three-piece, stainless steel node clip that allows for the bridge’s LED wiring to attach to the canopy. The unique design also allows for ease of installation and replacement flexibility. Power and drainage for the walkway plantings have been hidden within the concrete spine of the bridge. 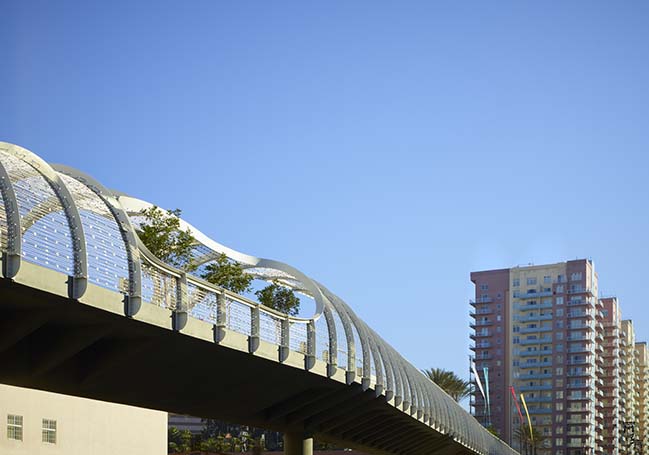 The overall design is heavily influenced by its beach surroundings (the bridge was, in fact, first dubbed “Riptide”). Structural elements such as the hull-like formation have been married with the elegance and uniformity found in waves, while the LEDs were affixed to cables to convey a net-like feeling or the rigging of a ship. 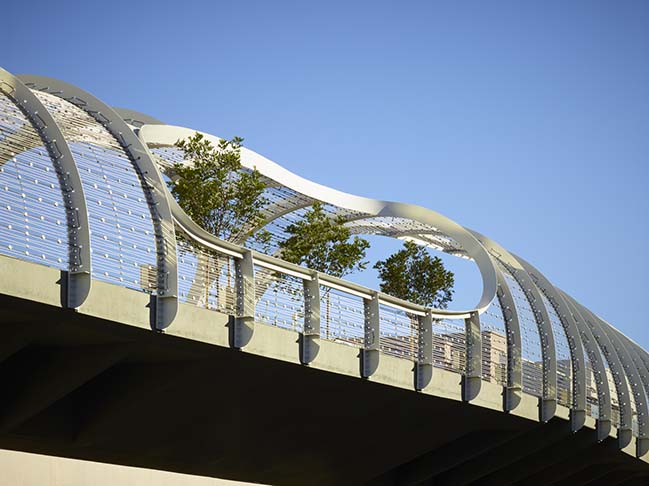 The final form was, however, influenced by budget constraints and the pending development of an adjacent lot. SPF:a brought the overall cost of the project down to $10 million by simplifying the steel geometry and modifying the concrete profile of the bridge. Prior to construction, the bridge called for 80 or more uniquely formed concrete rib beams. The design team was able to optimize the geometry in such a way that just one concrete shape could achieve a similar dynamic form when placed in repetition. 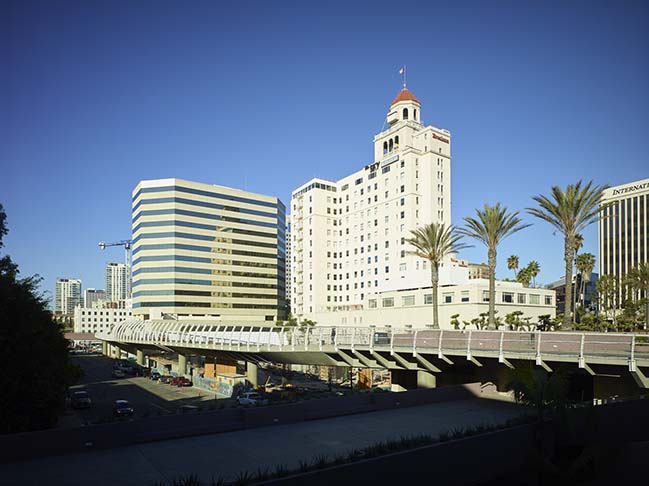 “The bridge will serve as a landmark within the Convention Center Complex and greater downtown area,” said Long Beach Mayor Robert Garcia. “It will help our economy by stimulating tourism in Long Beach and by making it easier for conventioneers to access the Performing Arts Center.” 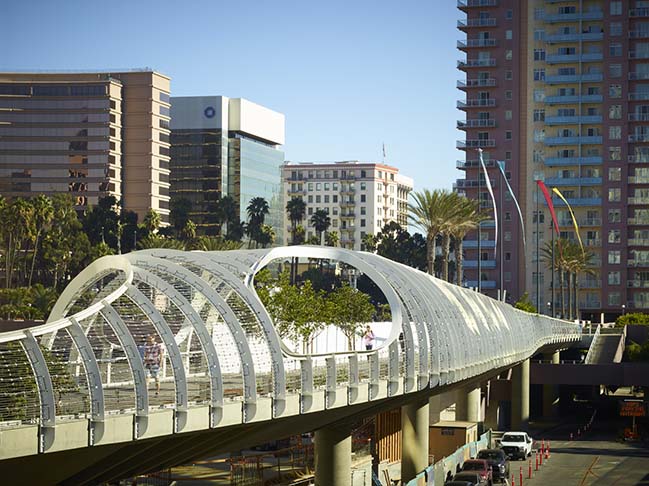 “We needed a shorter way for people to get from one side of our Convention Center Campus to the other, but we wanted something that would visually complement the modern, contemporary style of our Center’s new special event venues,” said Steve Goodling, CEO of the Long Beach Convention Center. “Our team looked at a lot of designs, but when we saw the proposal from SPF: architects, we knew we had a winner. The Rainbow Bridge is more than a walkway—it is a functional piece of art!”

Rainbow Bridge has already received the Honor Award from the American Council of Engineering Companies of California for Engineering Excellence. 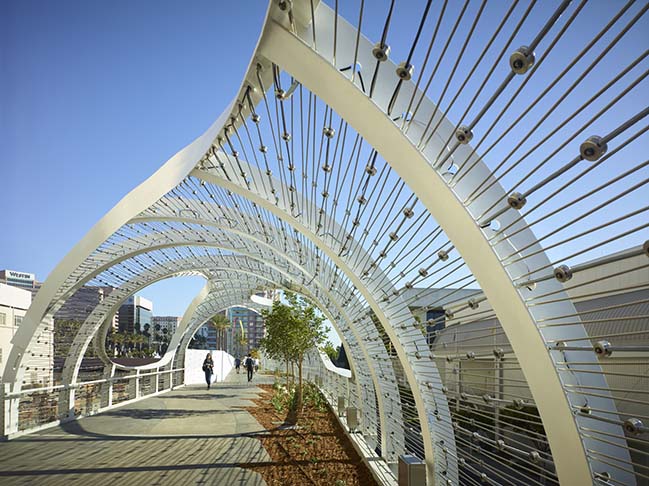 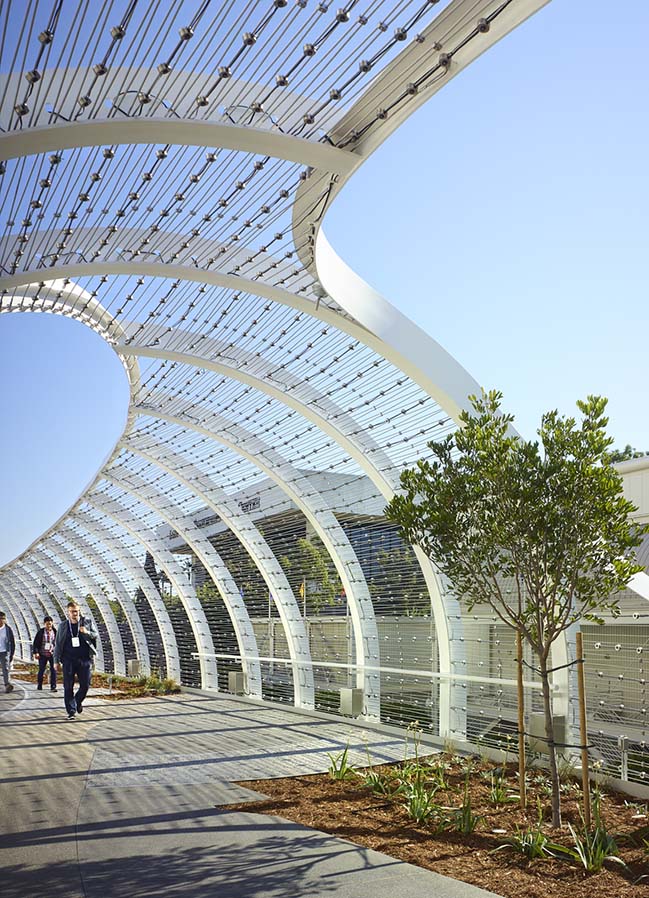 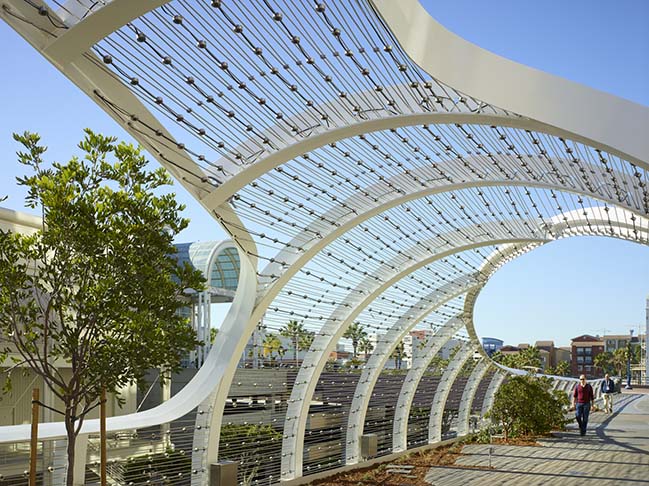 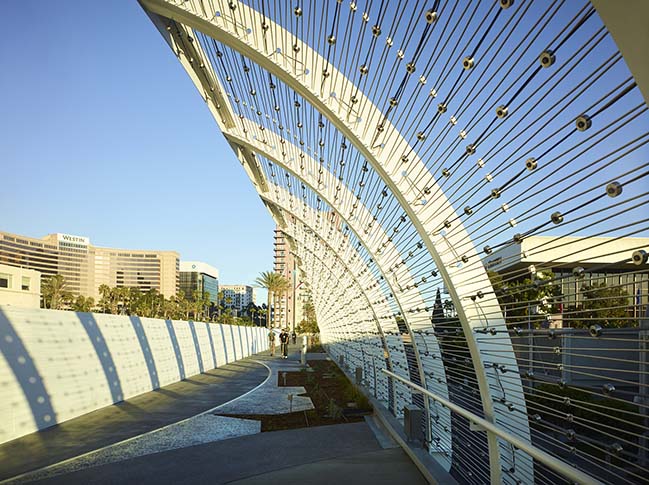 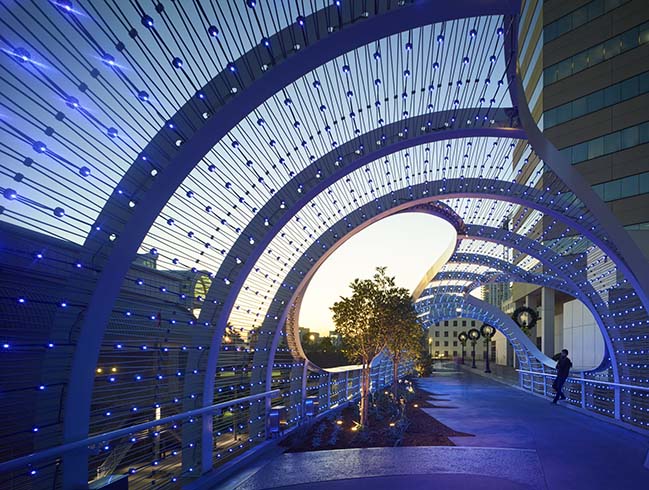 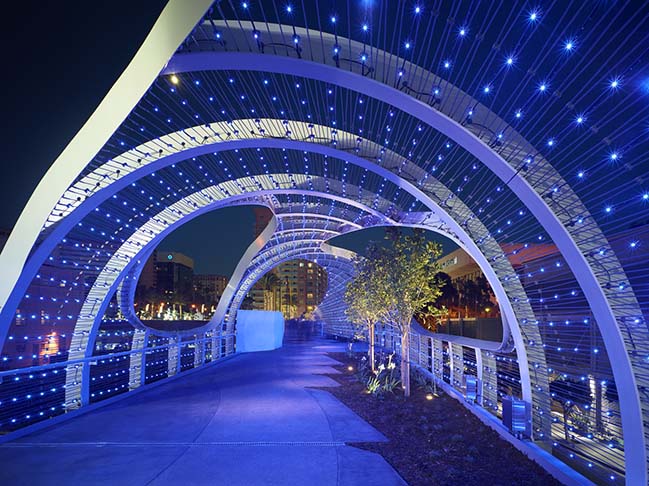 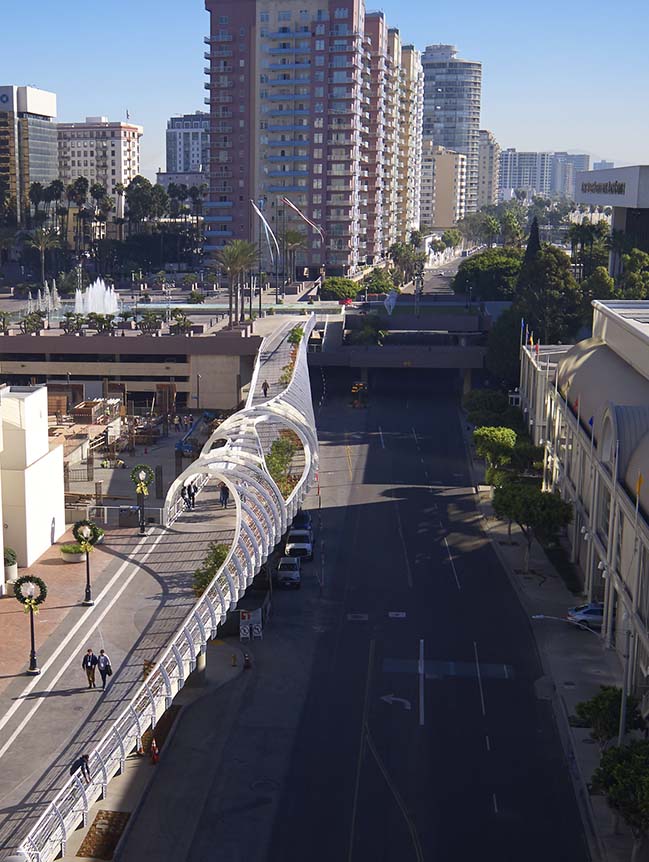 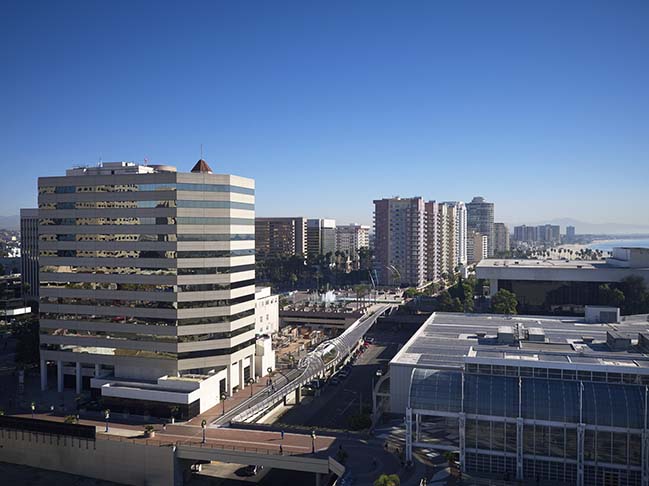 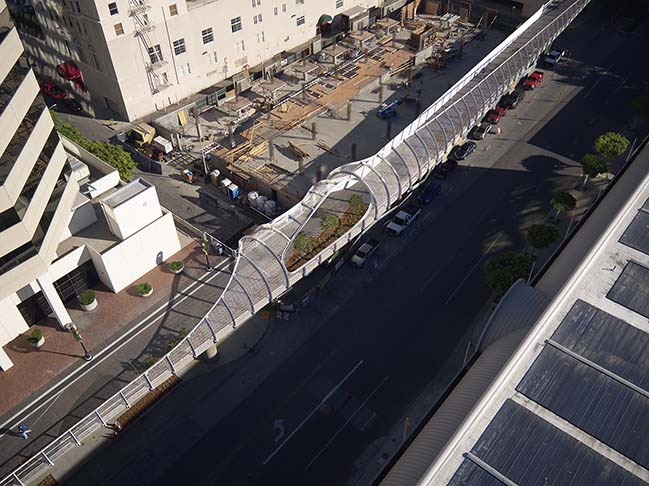 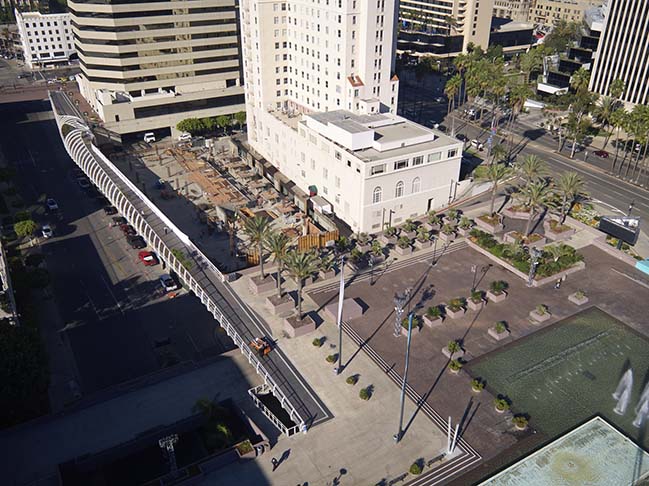 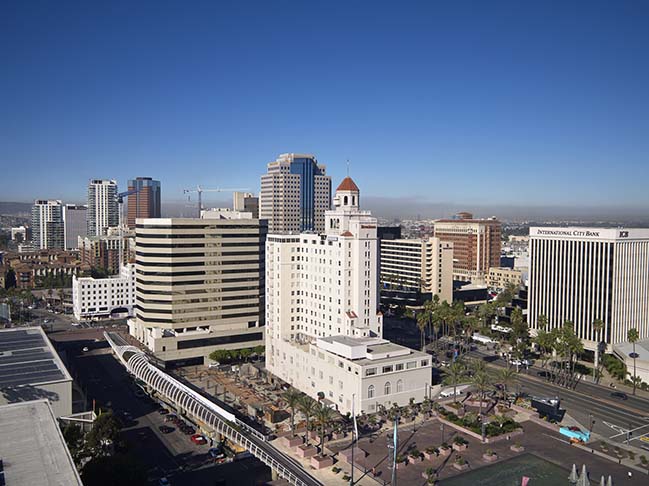 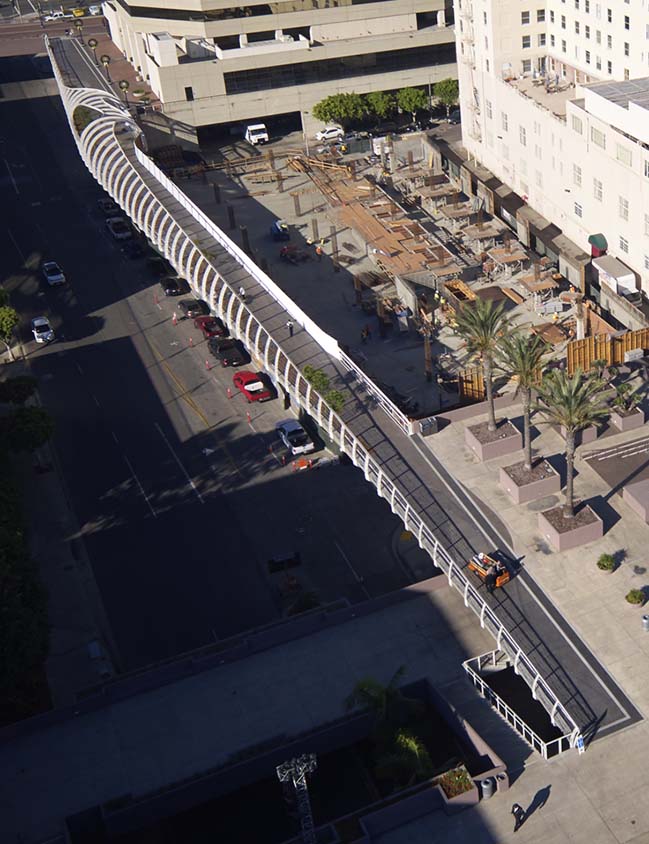 03 / 10 / 2018 SPF:architects, an award-winning design studio based in Culver City, is excited to announce that the Long Beach Seaside Way Convention