The conversion and refurbishment of the property at Alter Wall 2-32, directly adjacent to the Hamburg Town Hall, has been completed to designs by gmp von Gerkan, Marg and Partners Architects on behalf of Art-Invest Real Estate... 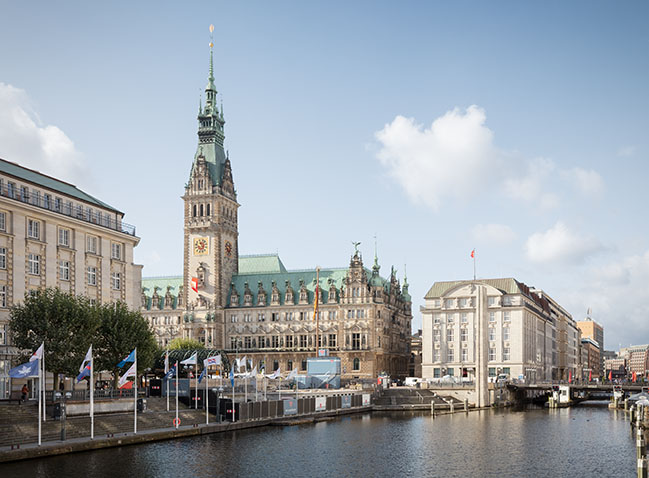 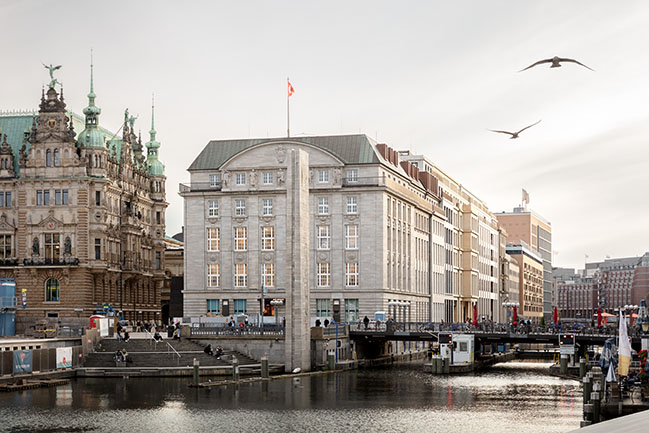 From the architect: The urban design context has been reestablished and extended. New pedestrian pathways and a traffic-calmed boulevard have been created; the historic architecture of the whole street has been revived. On October 9, 2020, as the last stage of the comprehensive undertaking, a flagship store opens at the end of the row of buildings, revealing building elements that had been concealed for a long time. 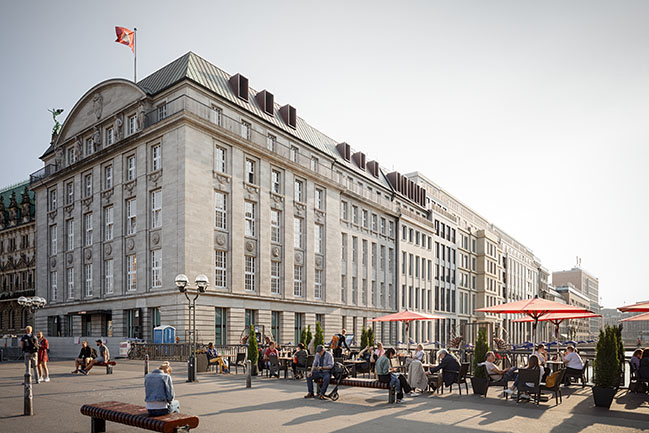 The client, Art-Invest Real Estate, purchased the entire row of buildings in 2014 with the objective to reestablish a lively ambience at this prime location in the center of the city—an ambience that had formerly been so characteristic of the Große Burstah in the Nikolaiviertel and of Alter Wall between Rathausmarkt and Adolphsplatz in front of the stock exchange. During the architectural competition and in dialog with the client, Hamburg’s town planners, and the preservation officers, gmp developed the architectural and urban design concept for a comprehensive conversion of the city block, which enjoys protection as a historic monument. 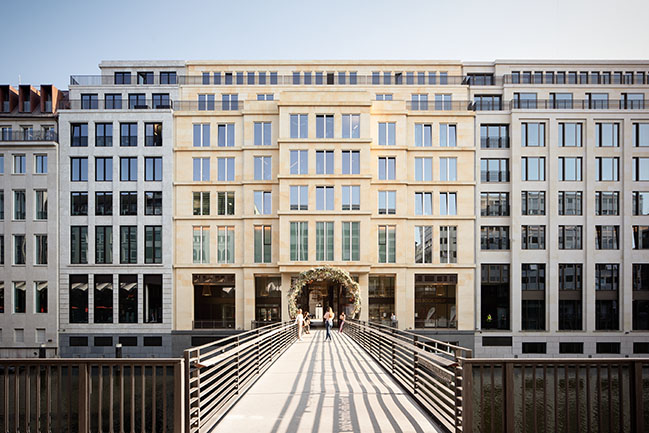 A new connection has been opened up between the Nikolaiquartier in the southeast and the business district Neuer Wall / Große Bleichen in the northwest, leading via the pedestrianized Rathaushof and Alter Wall, then on via the Bucerus Arcades through the row of buildings, and across the new Marion-Gräfin-Dönhoff Bridge that crosses the Alsterfleet. This has created a new attractive cross connection between the business hubs of the inner city which—in addition to the political institutions and stock exchange—also includes the new Bucerius Art Forum. 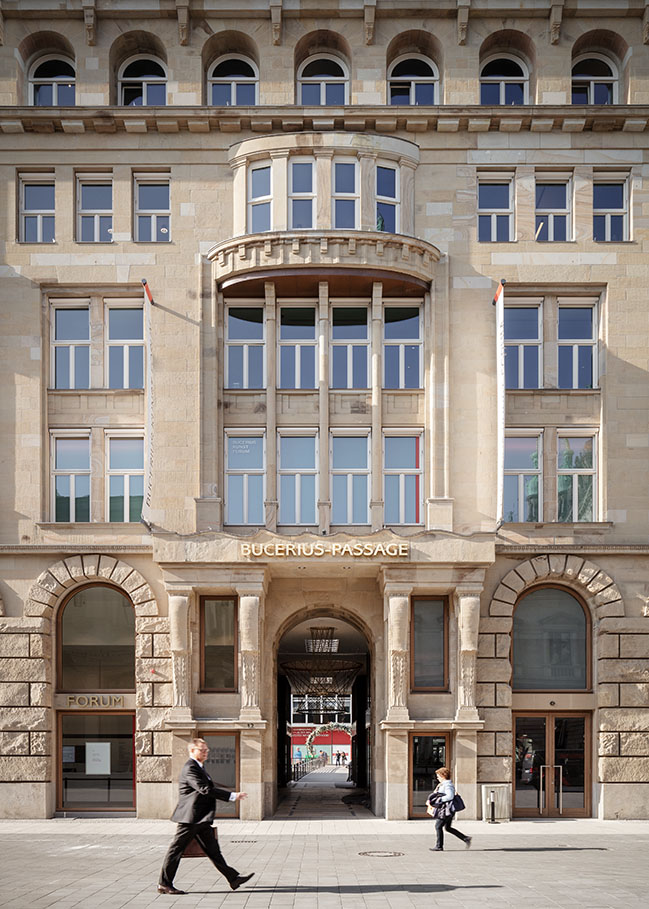 To achieve this, the Bucerius Art Forum was relocated to the cross-over point at the center of the row of buildings, and a public underground parking garage was built underneath the buildings in order to keep the pedestrianized boulevard free from cars. The protected facades were restored and modified with the effect that the retail shops and restaurants along the boulevard are now accessible at ground level. The small and dark inner courtyards were stripped out and merged to form one large space. On the second floor, an atrium with a glass roof is available for events. 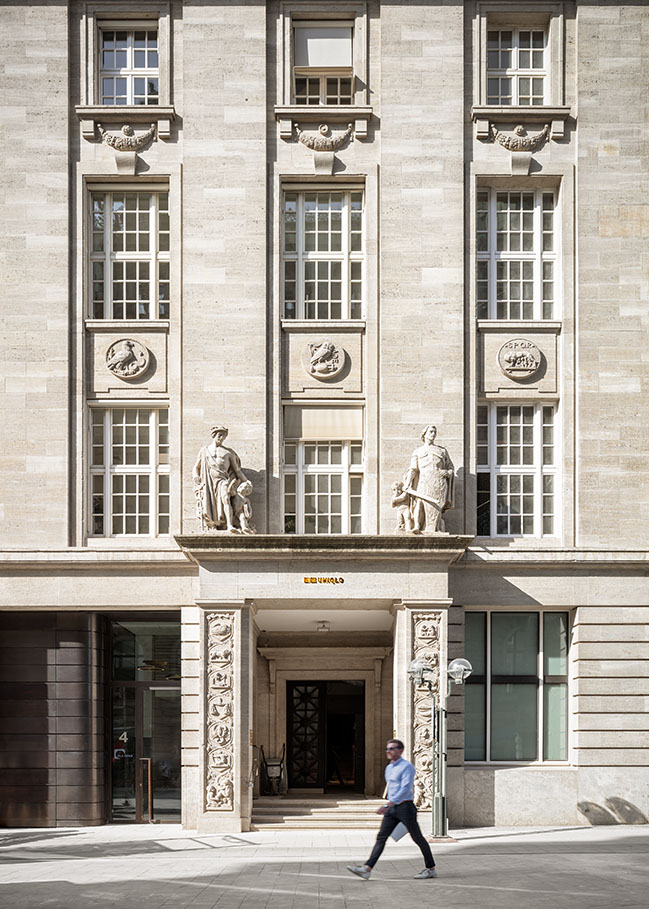 The building at the end of the row, opposite Rathausmarkt, is fully protected as a historic monument. It has been extensively refurbished to restore the historic substance. The building, which until 2019 was occupied by the Bucerius Art Forum, now houses a flagship store on four stories. The refurbishment and restoration achieved a metamorphosis: work in the foyer of the Reichsbank revealed a bricked-up “room in the room” with rich mosaic embellishments, supported on pillars, extending through four stories, and covered by a glass roof under a light well—the Oktogon. In the more recent history of the building this central building element had been covered up with suspended ceilings and added partition walls. With careful refurbishment and restoration it has been possible to restore this gem to its former beauty. Other outstanding features are the revived historic marble stairwell and the restored neoclassical Muschelkalk facade.

The entire row of buildings at Alter Wall 2-32 was refurbished as part of the project, including extensive restoration and new extensions as well as the upgrade of the surrounding urban quarters. 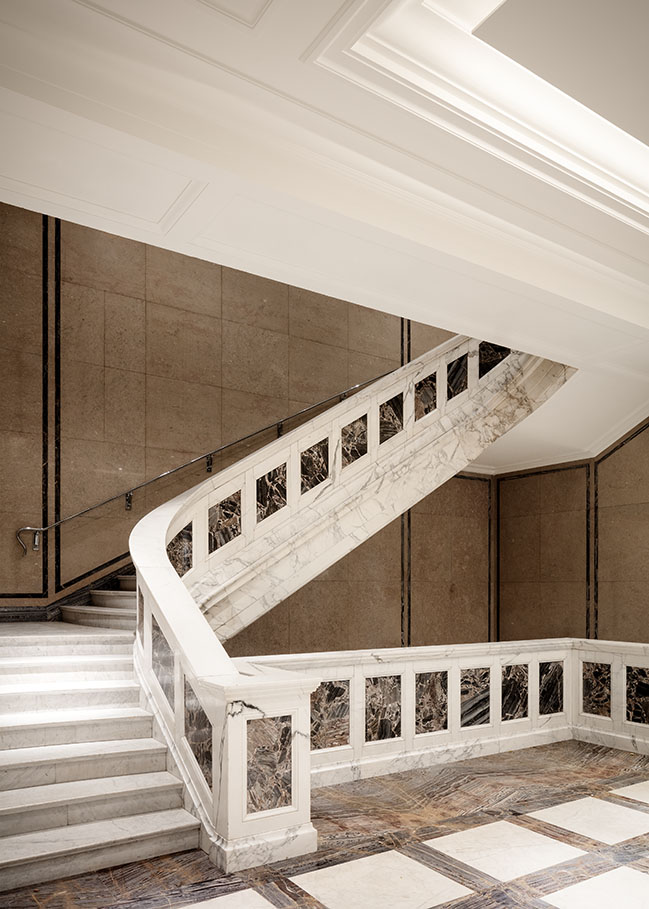 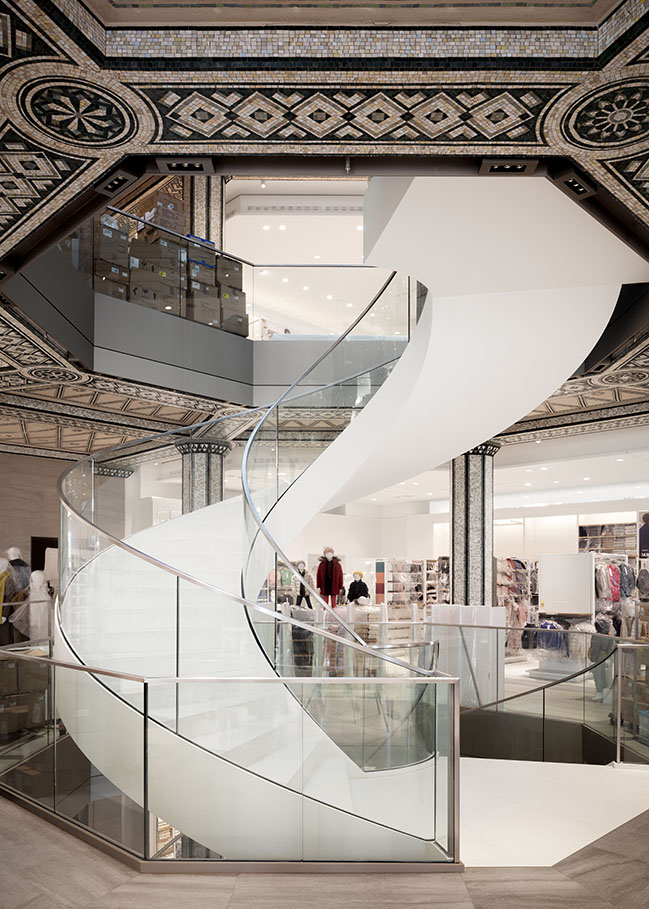 10 / 12 / 2020 The conversion and refurbishment of the property at Alter Wall 2-32, directly adjacent to the Hamburg Town Hall, has been completed to designs by gmp von Gerkan, Marg and Partners Architects on behalf of Art-Invest Real Estate...