Completed by 3XN Architects. This project is one of the most anticipated cultural venues in Copenhagen, the 35,000 m2 Royal Arena. 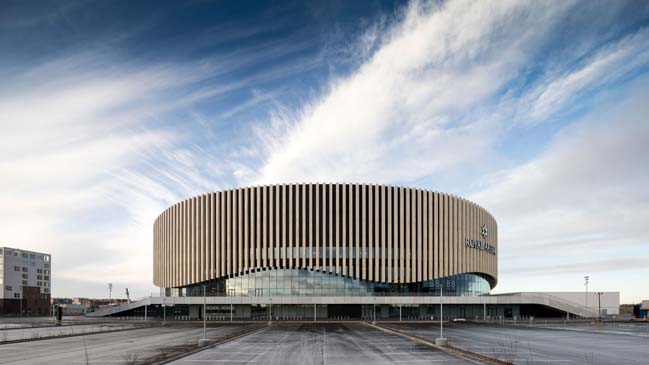 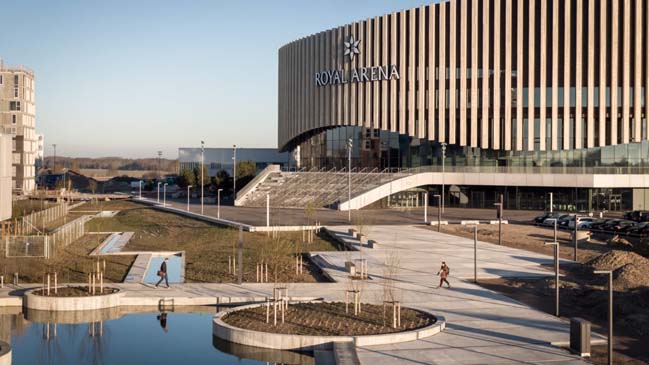 From the architects: Central to the design of the Royal Arena is a unique podium acting as a link to the adjoining neighbourhood. This feature is designed to efficiently absorb the movement of spectators through a variety of small plazas, pockets and gathering areas which have been carved from the podium’s perimeter. It simultaneously encourages the community to embrace the variety of public spaces, staircase, and adjacencies which promote activity and liveliness when the building is not in use. 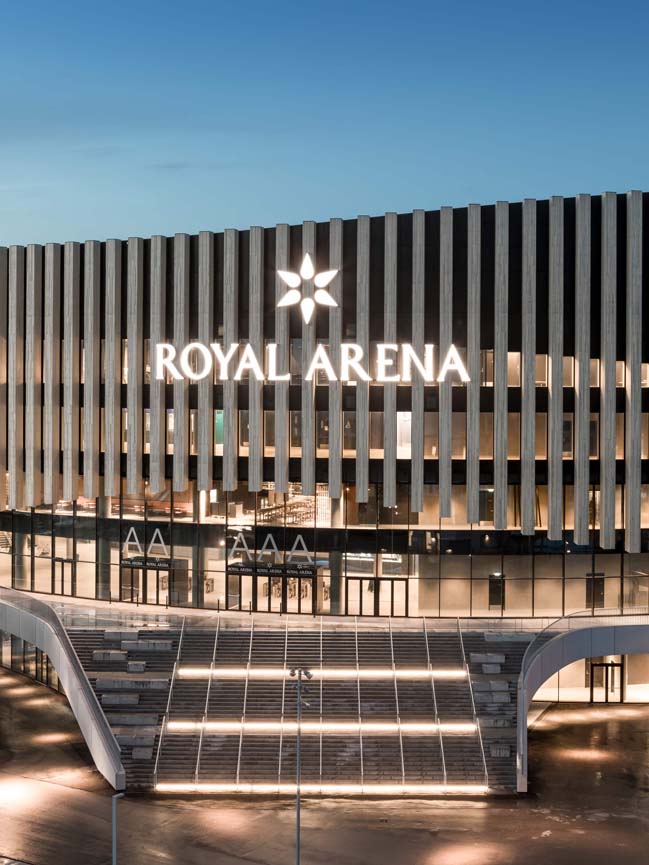 Without a doubt, a building of this size affects the community next to it. Copenhagen’s new international arena is not, like a traditional arena, located on the outskirts of the city. It sits amidst a dense residential urban area with housing and businesses. As ’the good neighbour,' therefore, its design needs to encourage active interaction and those characteristic values which make a neighbourhood enjoyable.

Contrary to similar sports and entertainment venues which are typically inward-looking places, its structure is designed to open onto the city and to interact with the plazas and walkways of the surrounding neighborhood by offering shapes and facilities that will catalyze activities, social encounters and stay. 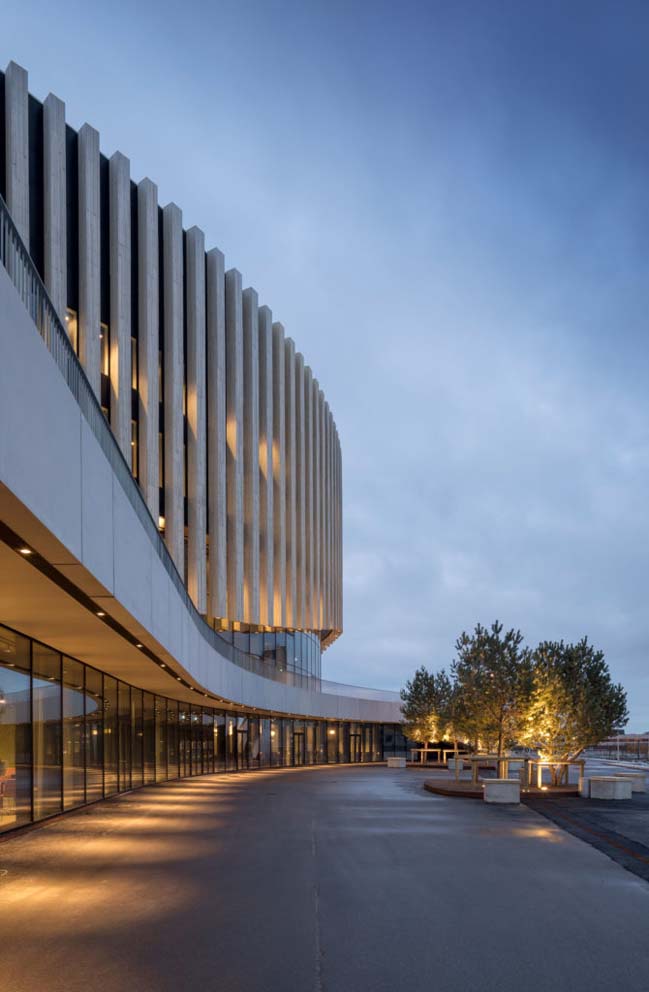 Architecturally the design of the Arena is divided into a plinth and a top. The top has a semi-transparent facade, where wooden fins in a warm golden color, waves on the building in a circular motion. 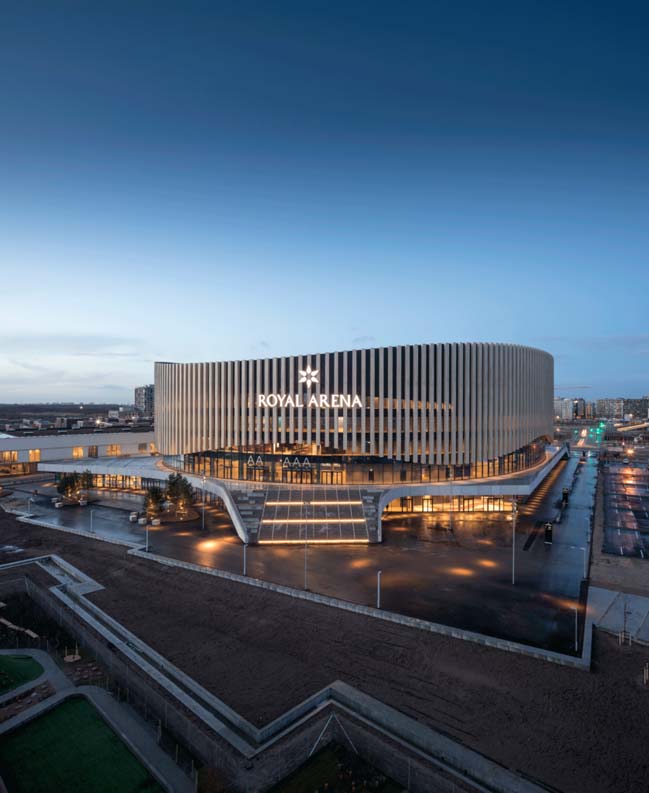 The design allows for a comprehensive range of staging options with a 22-meter height surrounding the stage. Also, the symmetrical block layout, allows seating to be built up, reduced, expanded or sectioned off in whatever way a concert or event requires, but also highly capable of adapting to quick operational changes and requirements based on ticket sales. The building has an open ground floor and a public plateau at the first-floor level. Most of the spectators are seated on three sides of the stage/track/court, with the option to accommodate additional attendees on the fourth side for sporting events and special cultural activities. 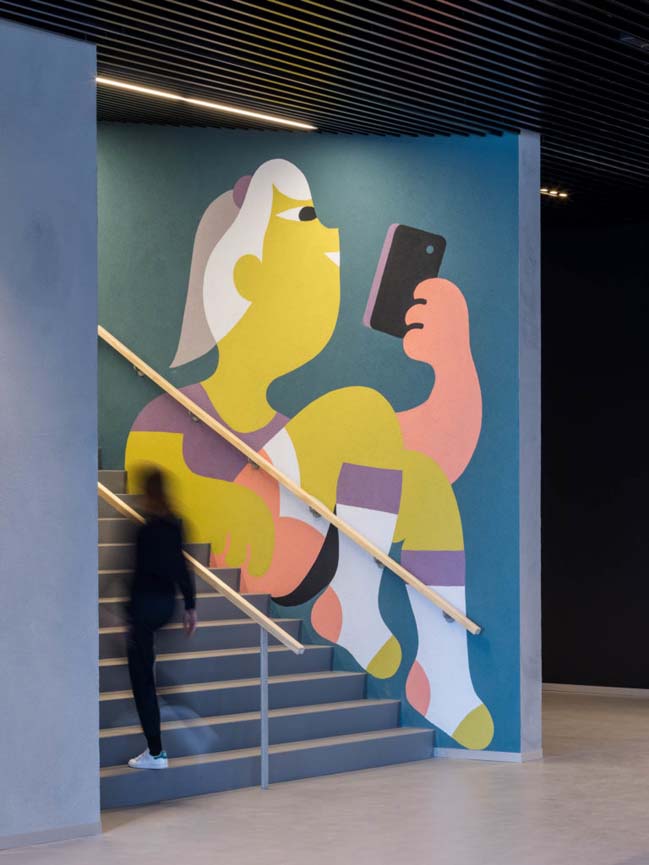 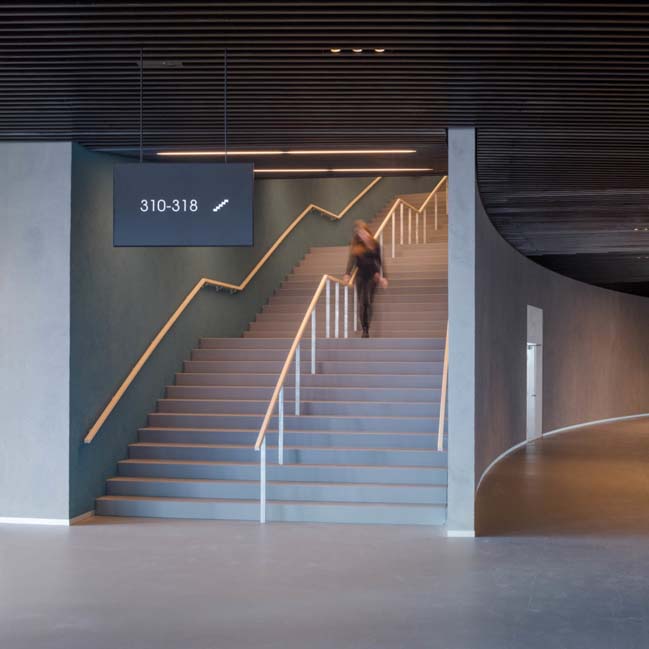 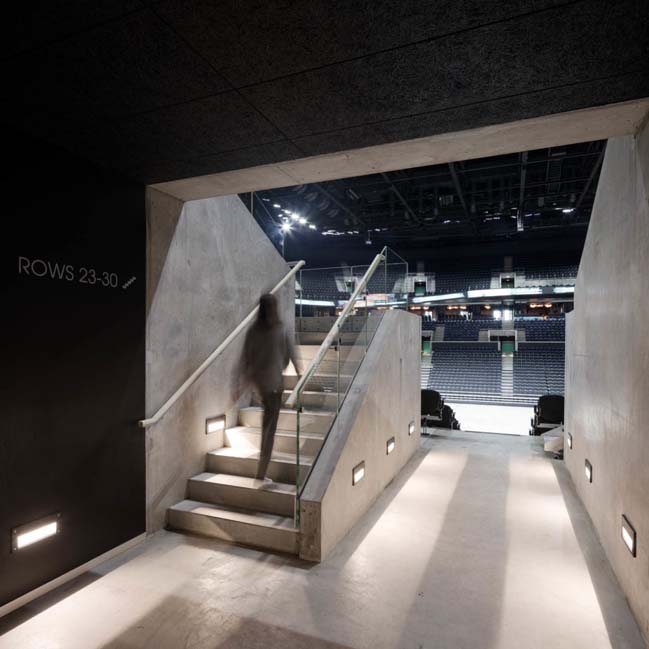 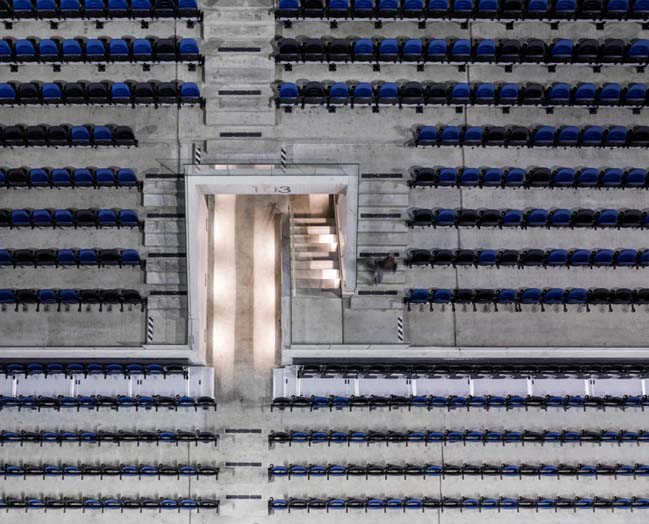 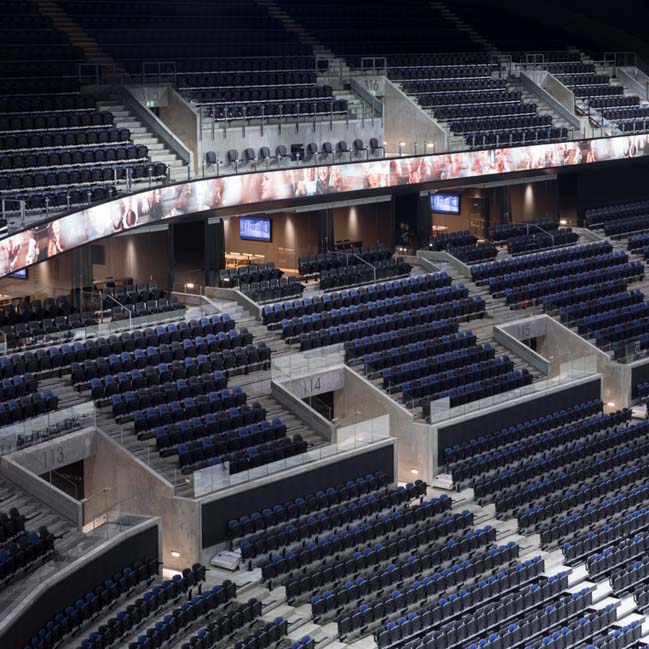 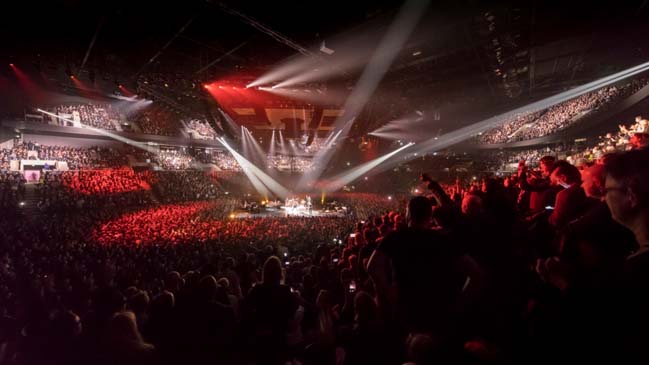 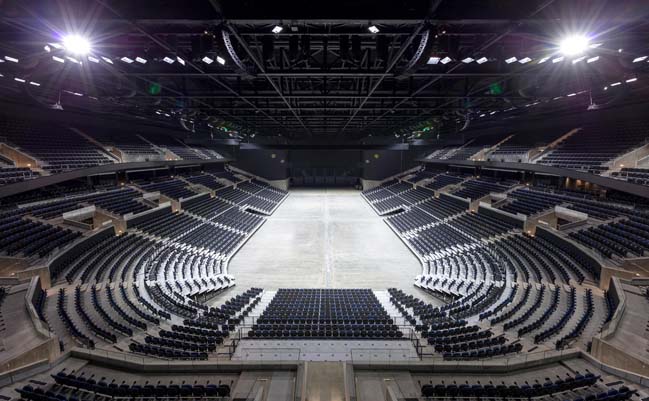 The bowl contains a variety of design features to improve performance experience, such as angled walls to improve sightlines, a flat ceiling, acoustic walls, vomitories to facilitate access and a stage set up which is the first rate. With a 22 meter height around the stage, it is the focal point no matter where one is seated. 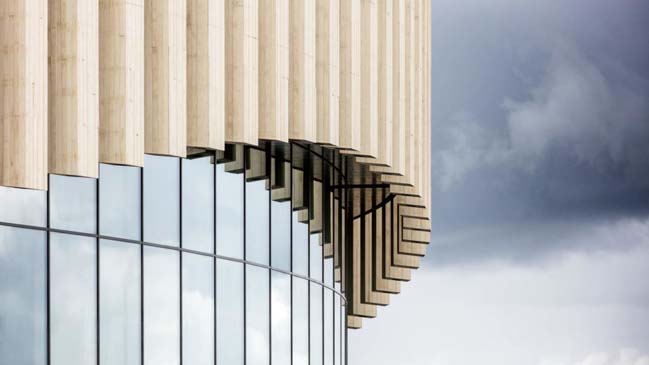 The wave-like semi-transparent facade seemingly ‘dances’ above the surrounding podium and lifts up slightly above the natural entrances. The glass between the fins makes the building appear open and accessible, and the waving motion of the fins adds a playful and elegant expression to the building - kept intact via innovative solutions which allow all technical installations such as cameras, speakers, and lights, to be integrated into the facade, rather than “stuck” on to it, like known from the majority of areas before. 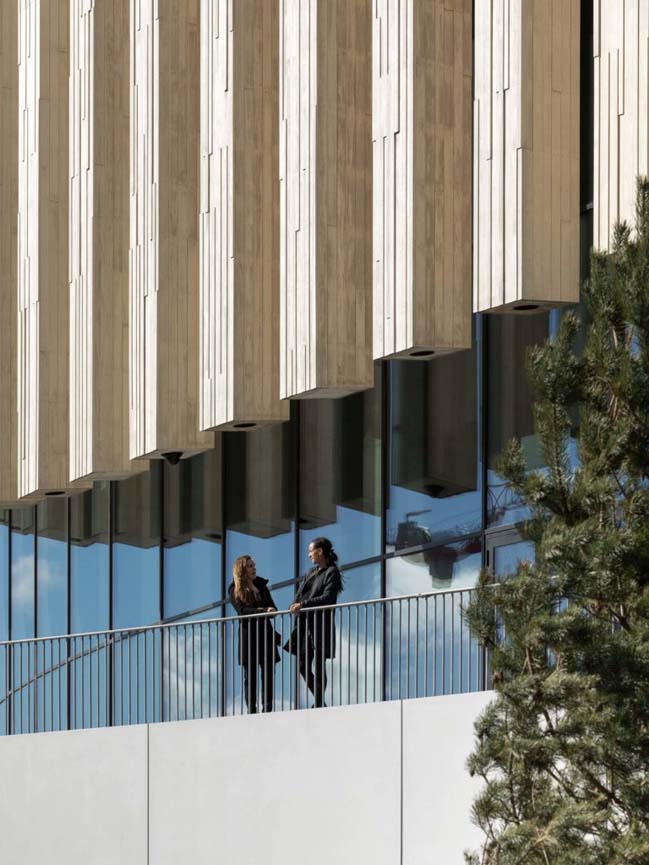 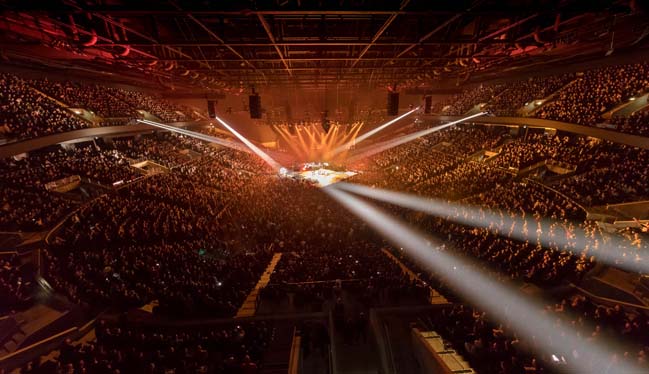 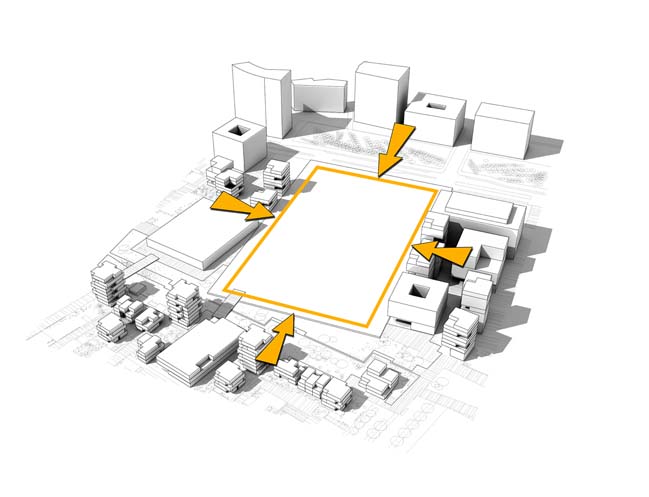 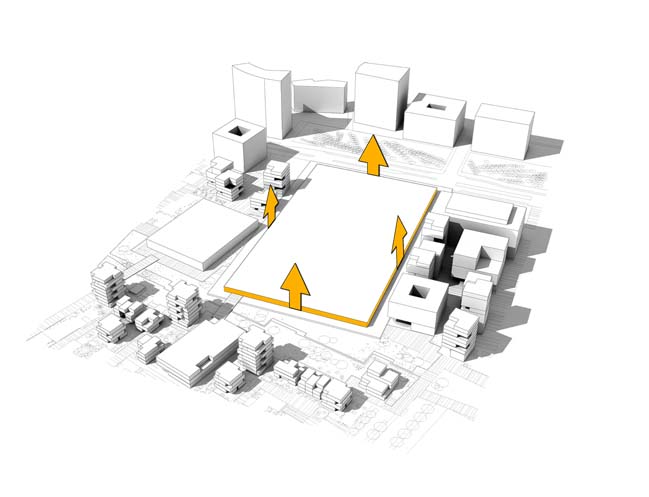 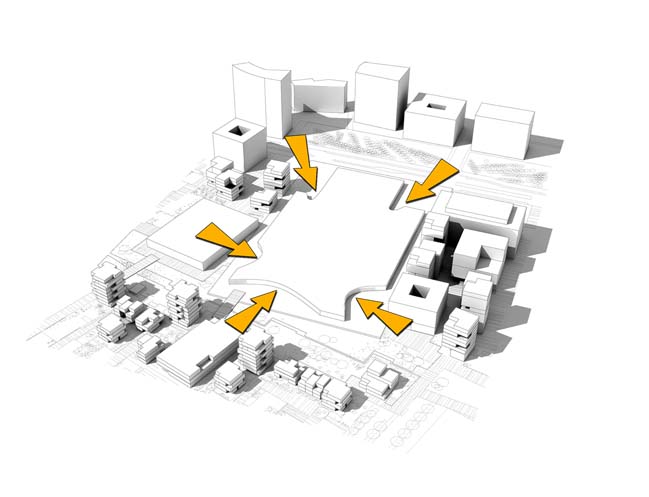 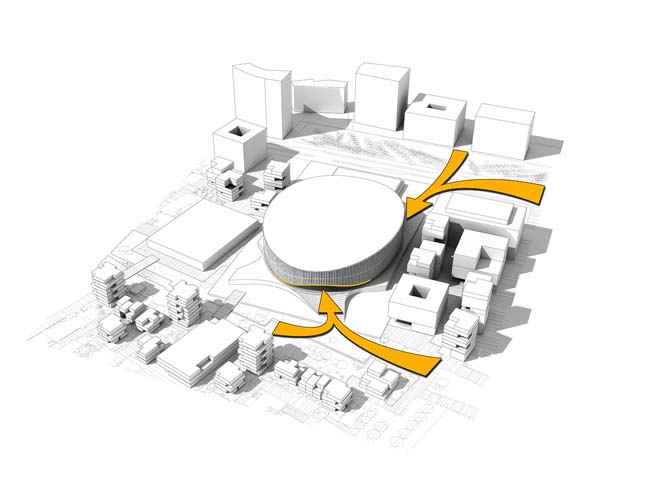 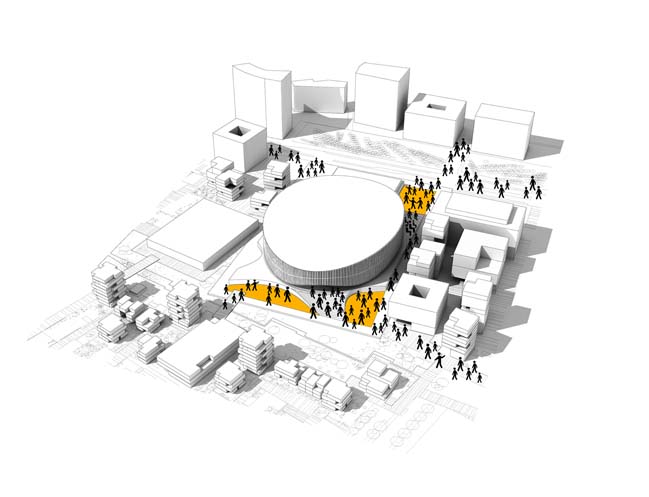 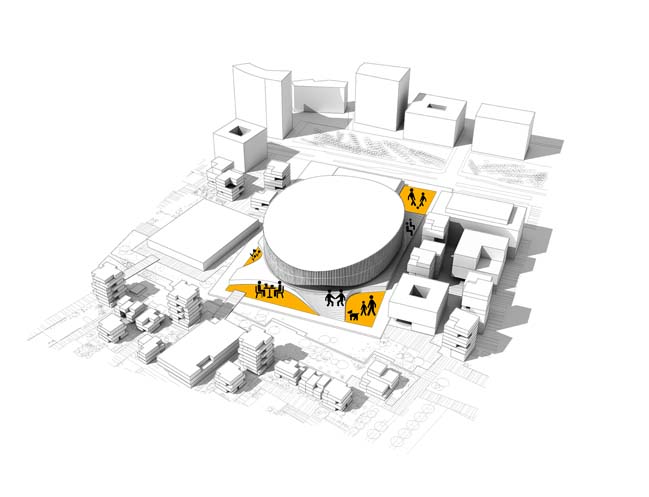