Charlotte Mecklenburg Library’s new Main Library expansively re-imagines the vital role of the library in the daily life of the community. 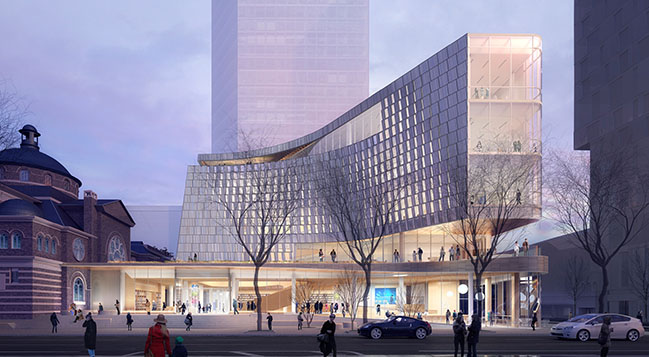 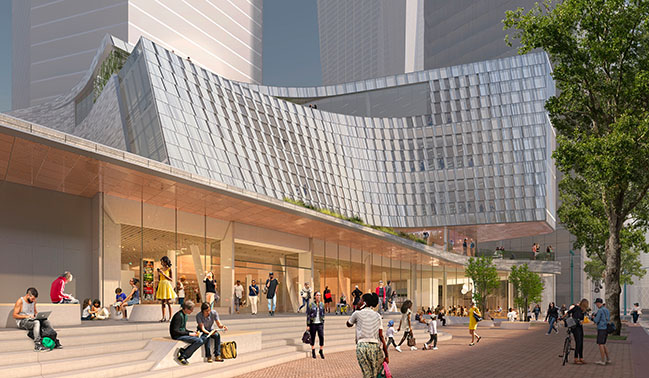 From the architect: In the heart of Uptown Charlotte, a new Library is taking shape. Designed by Snøhetta in collaboration with Clark Nexsen, Charlotte Mecklenburg Library’s new Main Library expansively re-imagines the vital role of the library in the daily life of the community. Helming a public library system comprised of 20 branch libraries that welcomes 3.4 million visitors each year, the 115,000 square-foot new Library will allow Charlotte Mecklenburg Library to embrace its mission to become more than just a Library, but also serve as a public commons. Supported by funding from Mecklenburg County and a major grant by the Knight Foundation, and as the centerpiece of an existing cultural district and burgeoning development in Charlotte’s Uptown, the new, technologically-advanced library is a signal investment in a culture of making, thinking, and doing that is deeply tied to its people and its place. 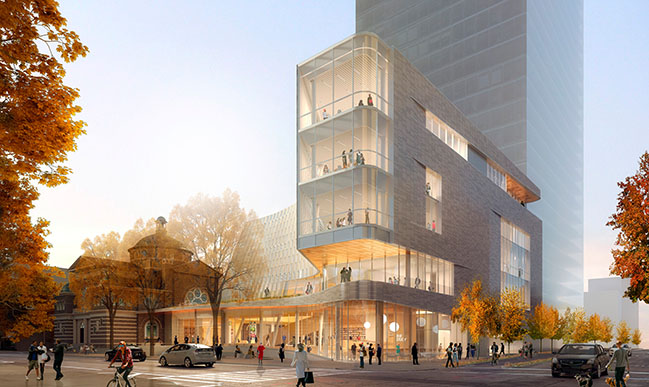 Sited at the intersection of two main arteries, Tryon and 6th Street, the library is located at the center of the rapidly changing North Tryon corridor and occupies a significant location in Charlotte’s geography and cultural history. Settled by the British in 1768, the city emerged along the contours of a ridgeline, which supported a rich history of trading paths that were first carved out by the Indigenous inhabitants of the Piedmont region and would then become modern-day Tryon Street. Building on the site’s topographical history, the design draws on the concept of the ridgeline literally and figuratively: it generates views in a variety of directions and as a convergence point for community and culture.

Rising five stories, the building anchors the corner with a glowing, translucent prow that cantilevers out over the sidewalk, opening itself up to the street. At street level, the façade is glazed in a transparent band of glass that wraps the tapered corner, allowing views deep into the library and its activity. A glowing copper soffit frames the new main entrance on Tryon Street, inviting visitors in under its welcoming canopy. Within, there is an open lobby space with the potential to be connected to the historic McGlohon Theatre and Duke Energy Theater next door to form a new civic space. At the rear, a new midblock plaza activates additional sides of the building for the public to engage with and the surrounding public realm. Above the glass podium, the library pulls back on its theatre-side to reveal McGlohon’s western face, previously hidden in a narrow alley. The sloped wall of the Tryon façade is clad in ceramic panels inspired by North Carolina’s rich history of earthenware and artisanry.  Evoking a screen, or a patterned textile, the façade is strategically perforated to modulate light conditions within. 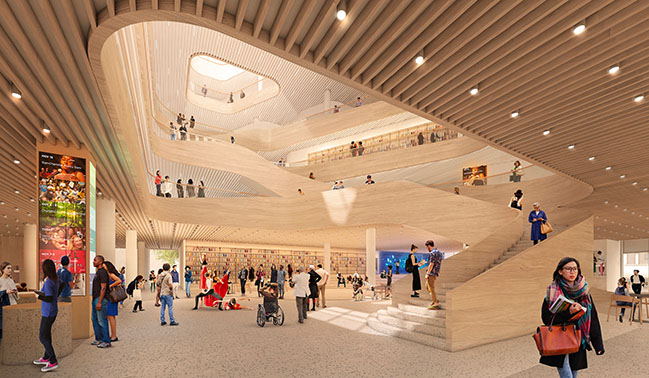 Within the library, a soaring atrium opens to the uppermost level of the library, allowing visitors to orient themselves immediately to the activities within and inspiring them to move upwards through the library. As visitors trace the spiraling wooden stair upwards, the building offers unique views out to the city and access to fresh air through the outdoor terrace spaces nested on the second and fifth floor.  A diversity of popular public programming is offered throughout the building, including job training and counseling; a resource and welcome center for new Mecklenburg residents ; and the celebrated Carolina Room, which holds an archive of rare books and artifacts on the history of North Carolina.

As Charlotte’s new public commons and knowledge center, the revitalized Main Library creates a bridge between the past, present, and rapidly evolving future of Charlotte, reconceiving how the Library connects to people and everyday life. The flexibility and diversity of the spaces and activities offered within will ensure that the building will meet the dynamically changing needs of contemporary Charlotte-Mecklenburg. 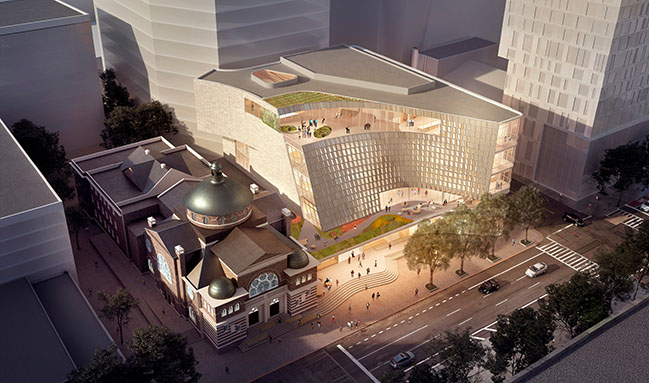 YOU MAY ALSO LIKE:
> Charles Library at Temple University by Snøhetta
> Ford Dearborn Master Plan by Snøhetta

11 / 08 / 2019 Charlotte Mecklenburg Library's new Main Library expansively re-imagines the vital role of the library in the daily life of the community...