'Southpoint', is a major Transit Oriented Development (TOD) at Brisbane's South Bank. The project is the first of its kind in Brisbane and one of the largest TODs delivered in Australia by architects Jackson Teece, with a total 86,000m2 GFA across three towers. 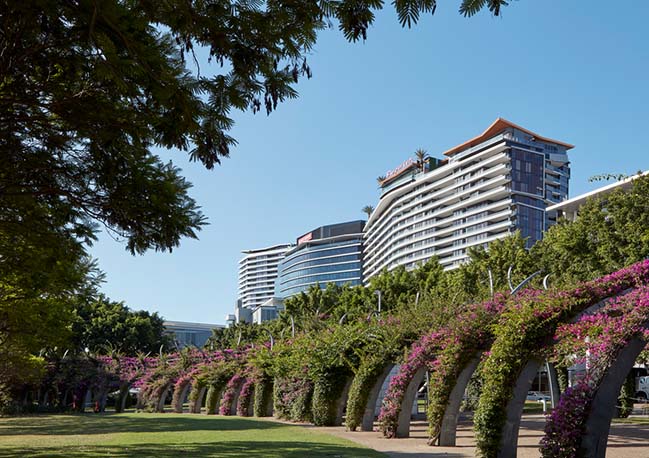 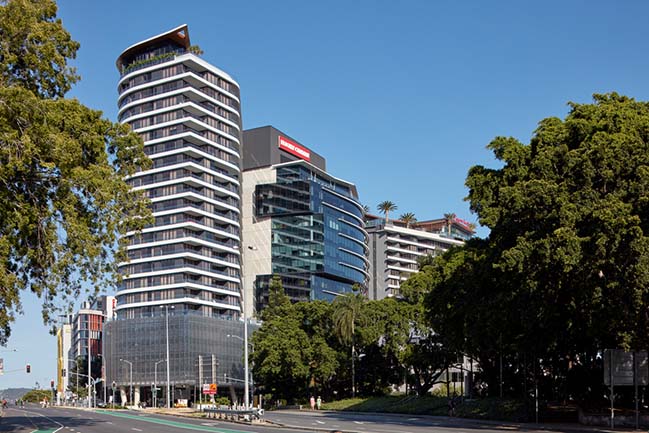 From the architect: Over 400 new residential apartments with penthouse interiors also by Jackson Teece, and Australia’s most awarded boutique luxury hotel by Anthony John Group's 'Emporium' take up the two Northern towers, while the commercial office tower to the South is home to Flight Centre’s new global headquarters. 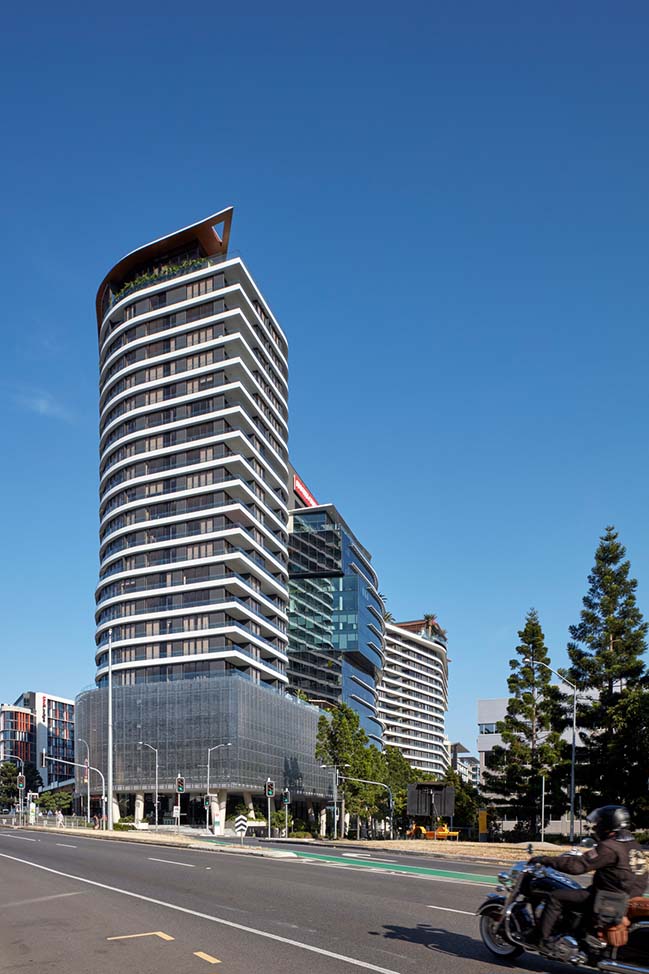 The project has already received high praise for its architectural character, sensitive master planning and urban design and has achieved 5 Star GBCA and NABERS ratings. The master plan incorporated the adaptive reuse of the heritage listed “Collins Place”, one of the few remaining houses in South Bank from the Victorian era. Suffering from years of neglect and complete removal of its historical context over the past 70 years, Collins Place has become a focal point of the Southpoint precinct. 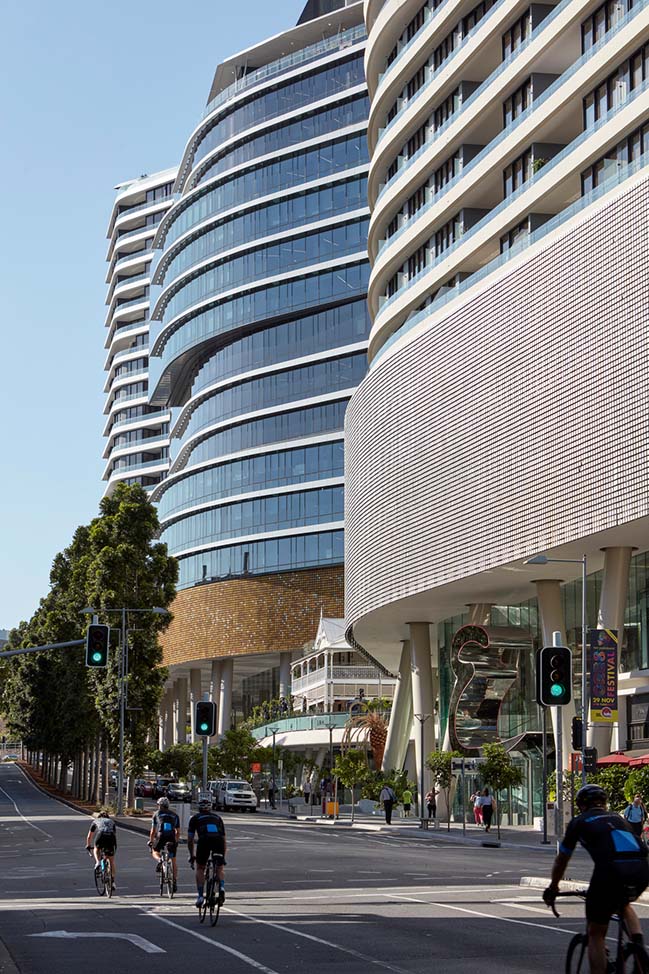 Jackson Teece provided master planning, urban design, architecture, heritage and interior design services to Anthony John Group who have controlled this major project for over a decade. As a key site in South Brisbane the evolution of the design required careful consideration of the urban framework of Southbank, in close consultation with Southbank Corporation. A mix of uses provide employment, entertainment and recreation within South East Queensland’s “primary activity centre”. 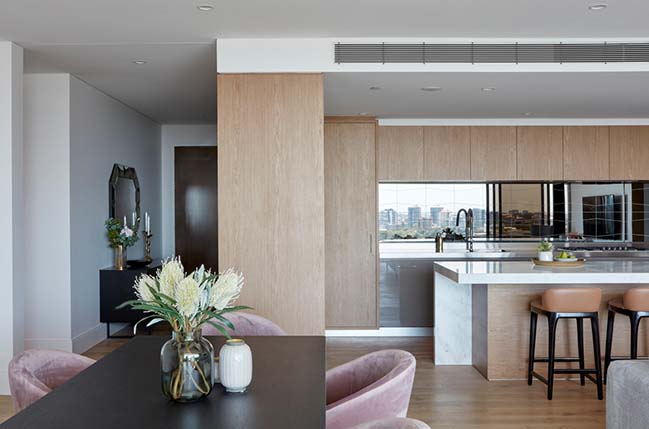 Through a collaborative design process with South Bank Corporation and State Government Agencies, Jackson Teece were able to secure an additional 5% GFA for the project through achieving a standard of architectural design excellence, as well as a relaxation of height controls to enable the main building to be lifted 10m above the upper ground level, establishing a pedestrian-friendly urban parkland that provides active retail areas and public space. This “urban parkland” acts as an extension of the South Bank parklands and the relaxation of Grey Street’s lineal retail frontage. 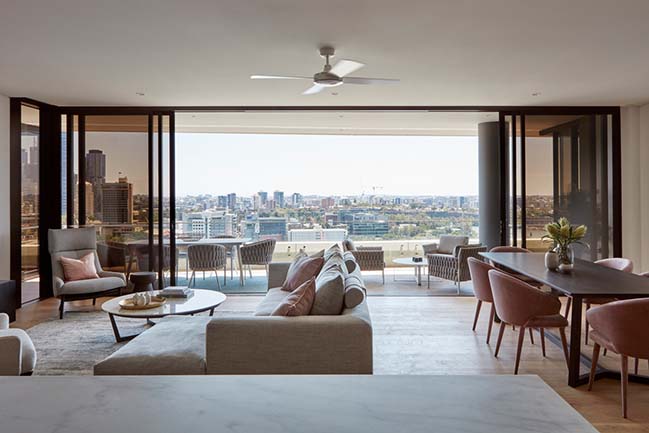 Southpoint is a vibrant and activated hub of commercial, cultural and residential uses with a strong transport link, that takes advantage of it's locality and connection to nearby parklands and public space, alongside the Brisbane River. 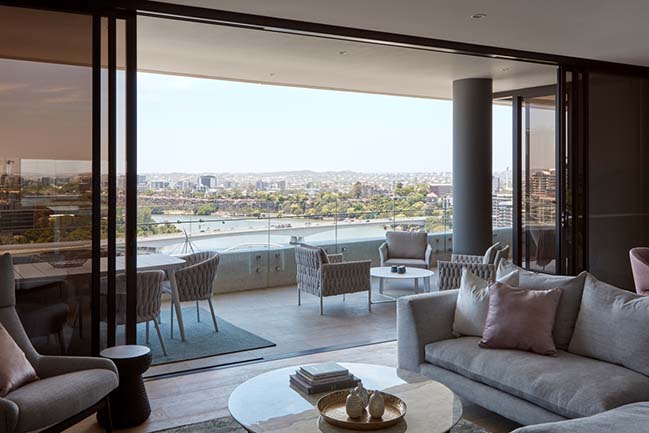 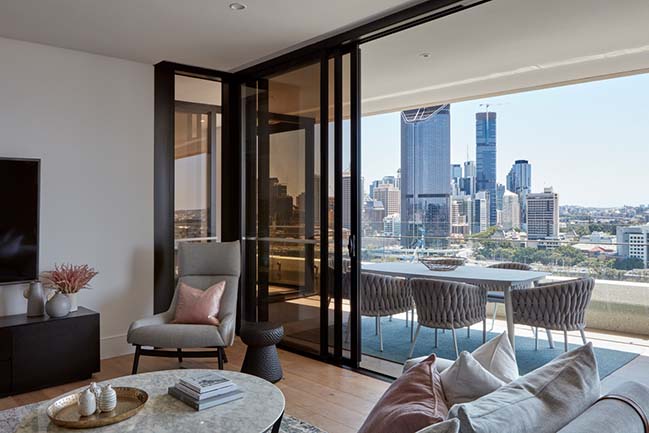 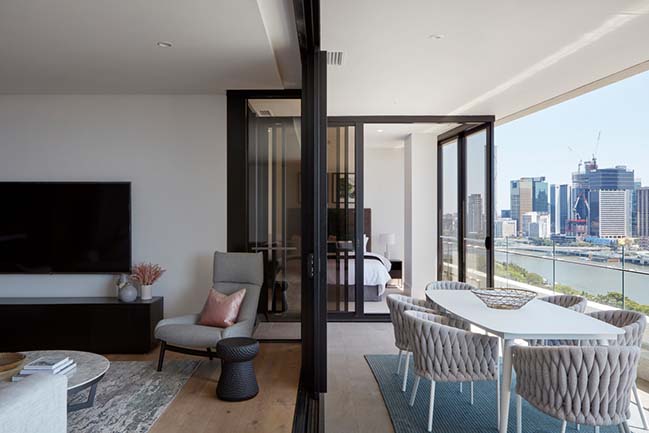 YOU MAY ALSO LIKE: Annandale House in Sydney by Jackson Teece 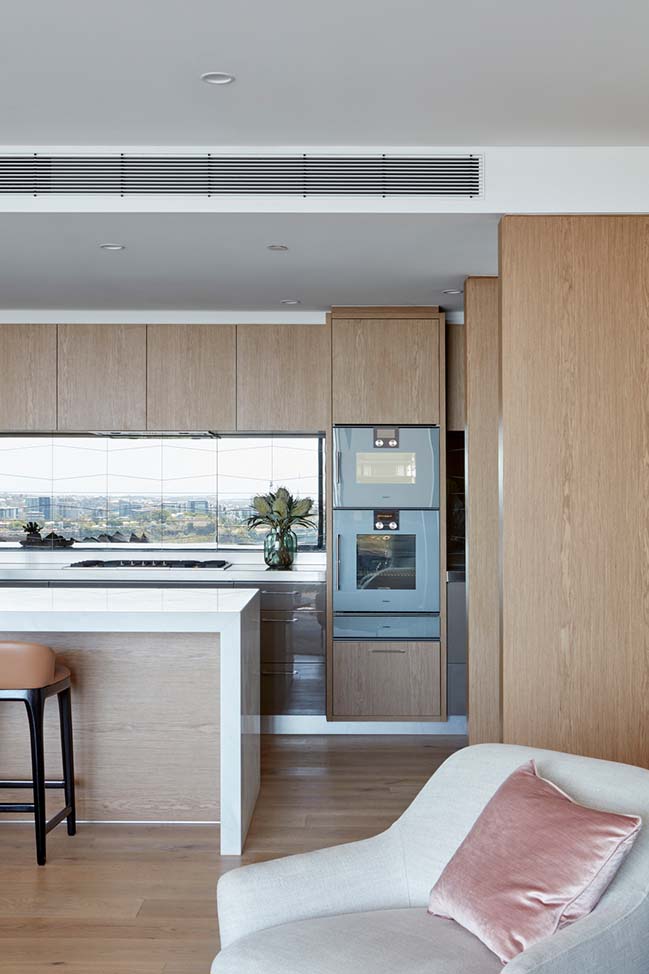 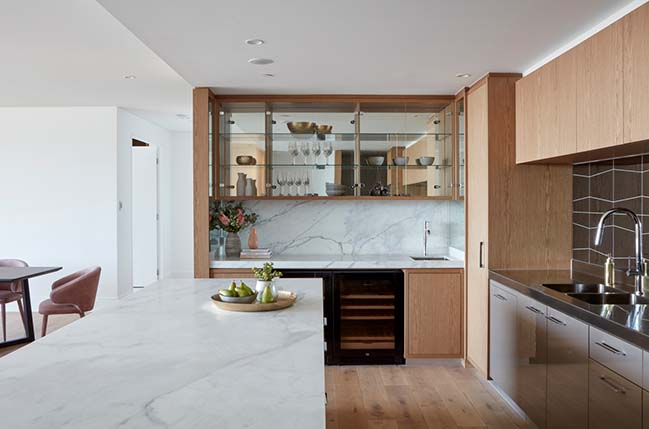 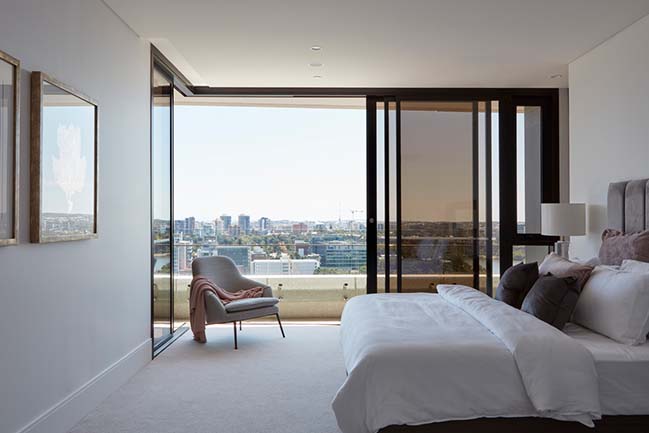 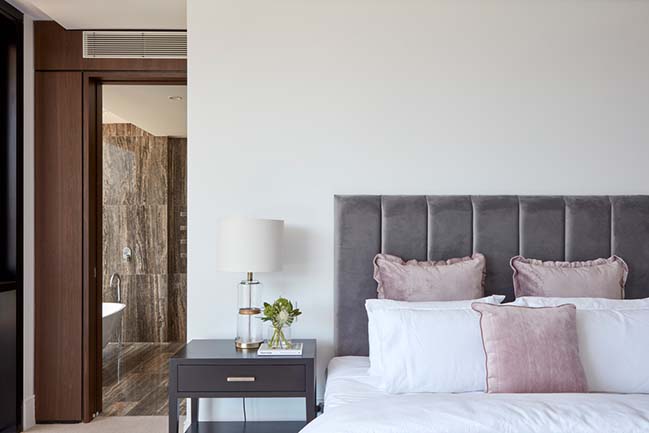 YOU MAY ALSO LIKE: Pullenvale Church in Brisbane by Hogg&Lamb 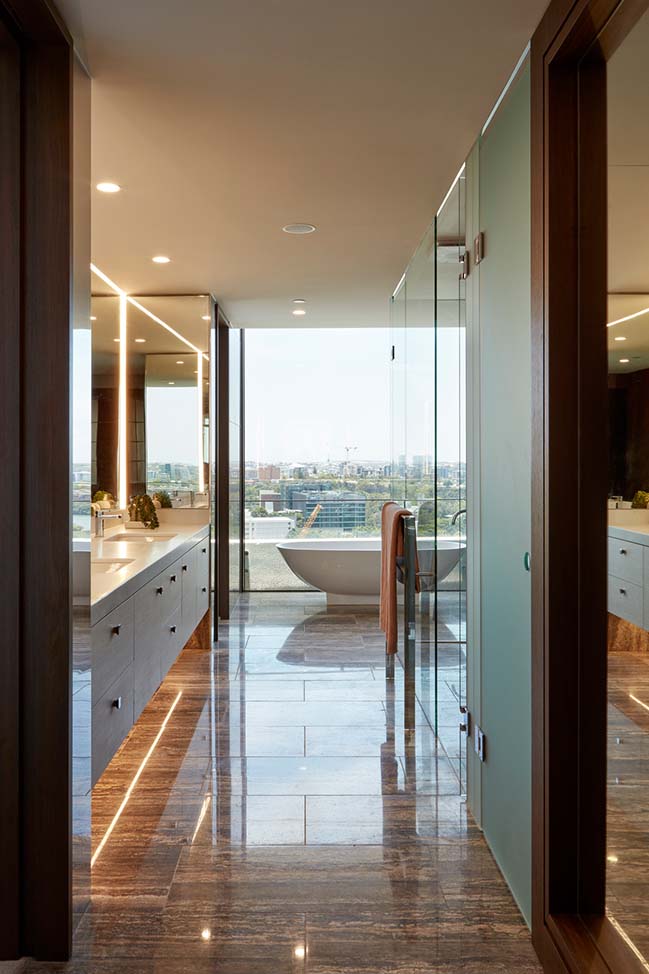 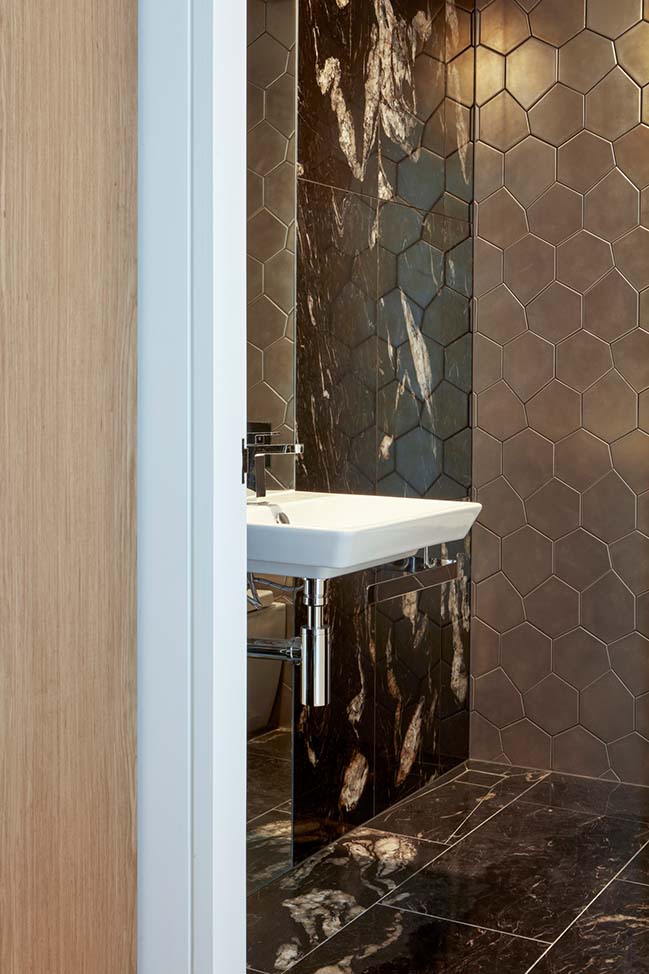 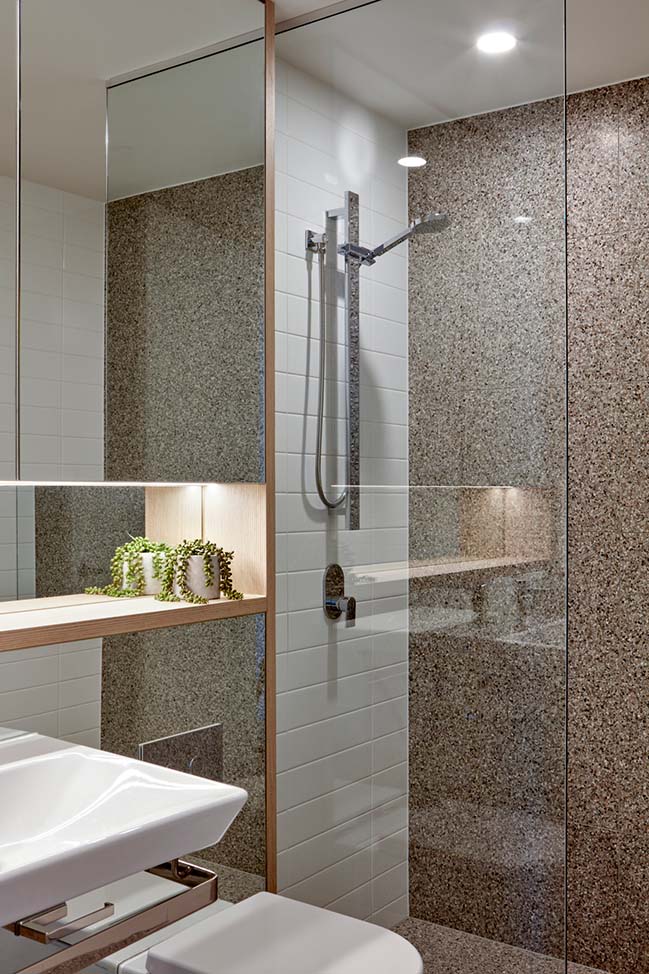 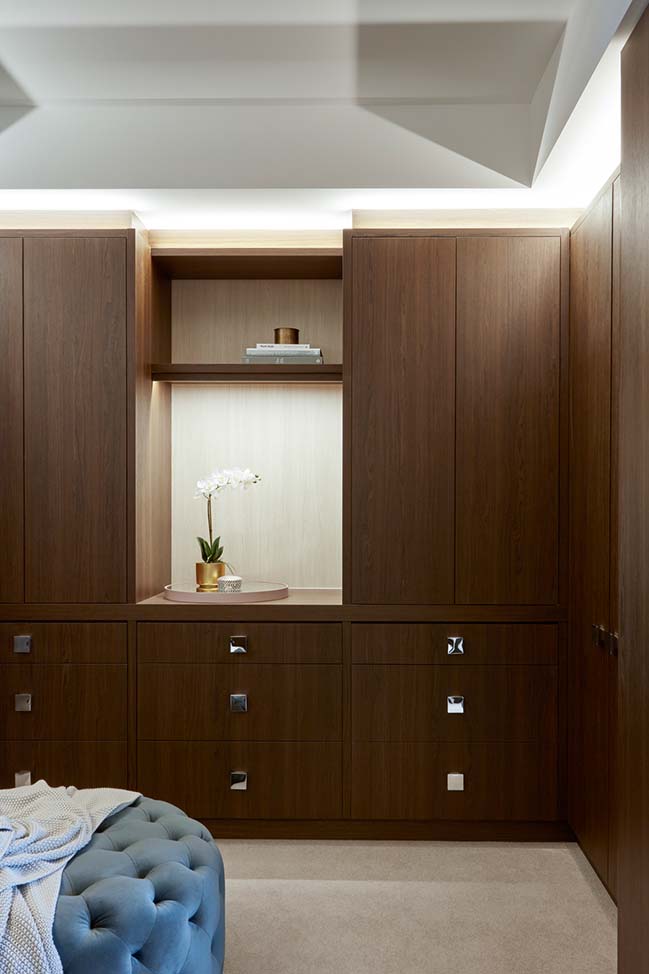 YOU MAY ALSO LIKE: Anglicare's St James Chapel by Jackson Teece Official Opening 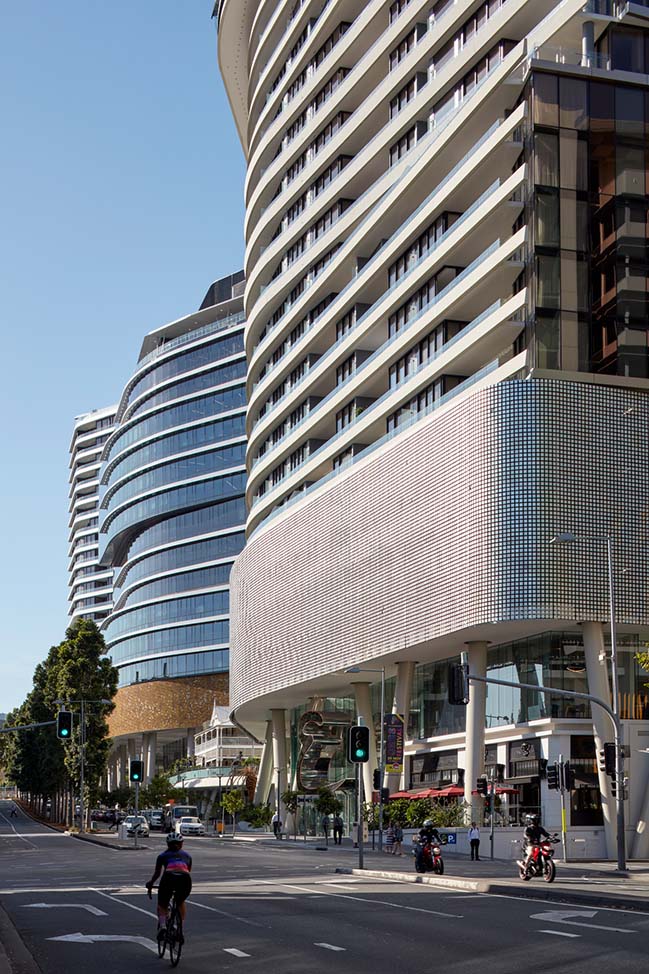 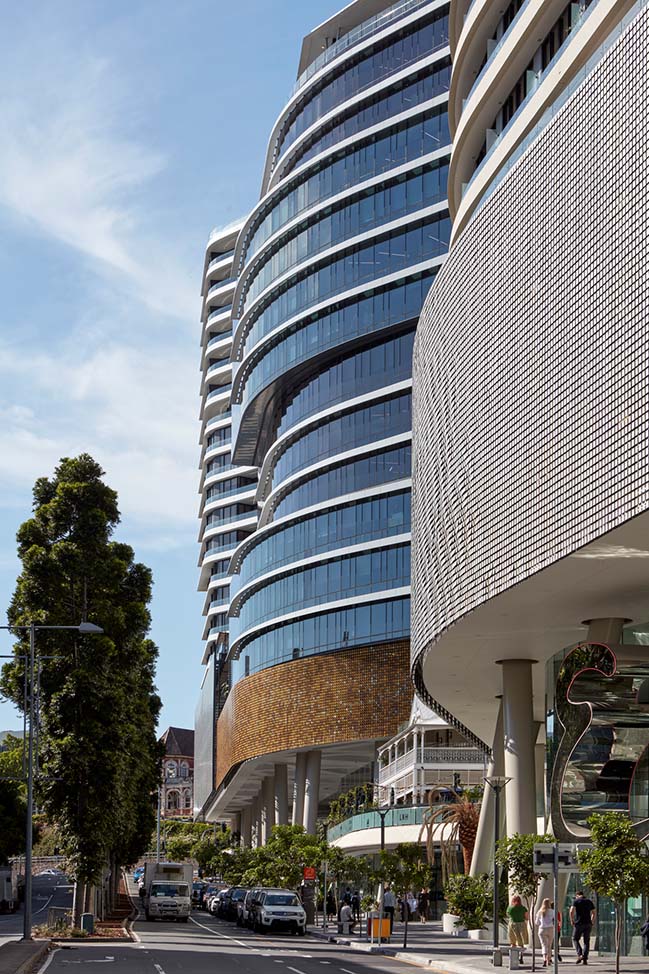 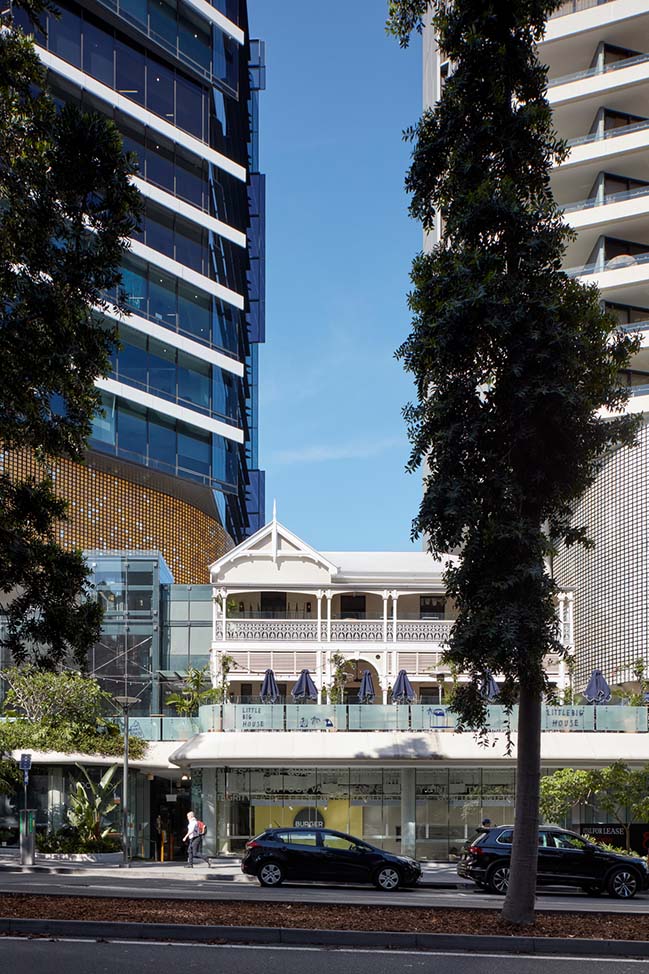 08 / 05 / 2019 Southpoint, is a major Transit Oriented Development (TOD) at Brisbane's South Bank. The project is the first of its kind in Brisbane and one of the largest TODs delivered in Australia...