Di Ponte in Bianco is a temporary public art installation that was designed by piano b architetti associati for the event Aperti per Ferie 2016 in Rome. 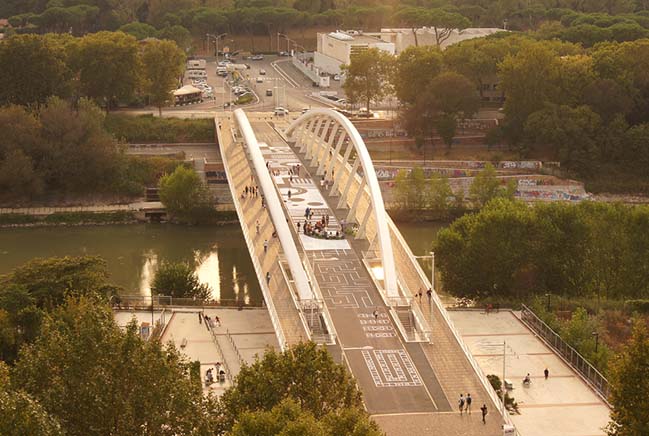 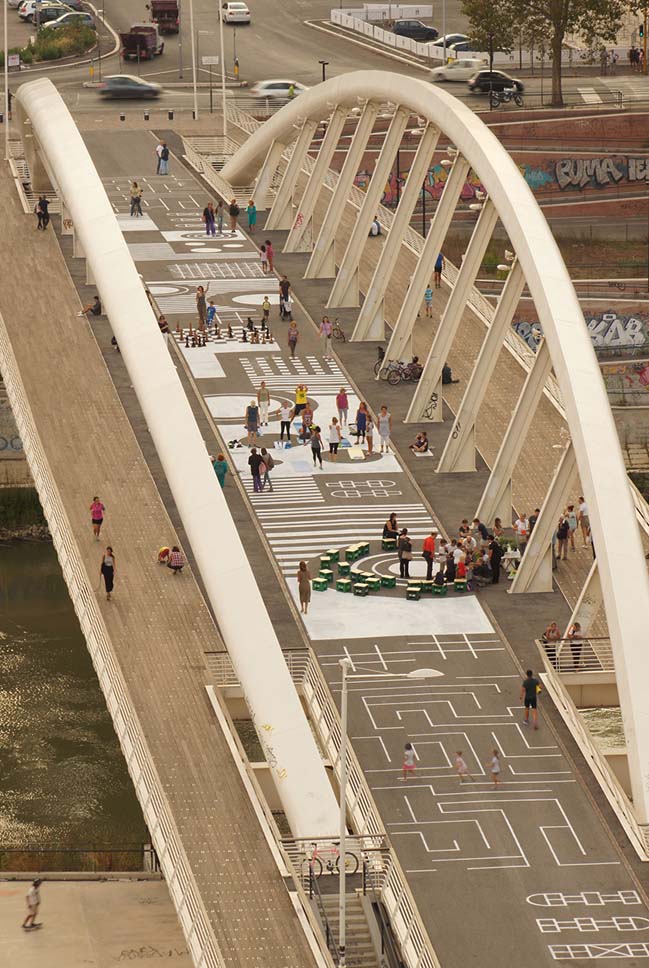 Project's description: The project is organized by the cultural association Open City Roma and is part of the activities promoted by the municipality of Rome for the “Estate Romana”. 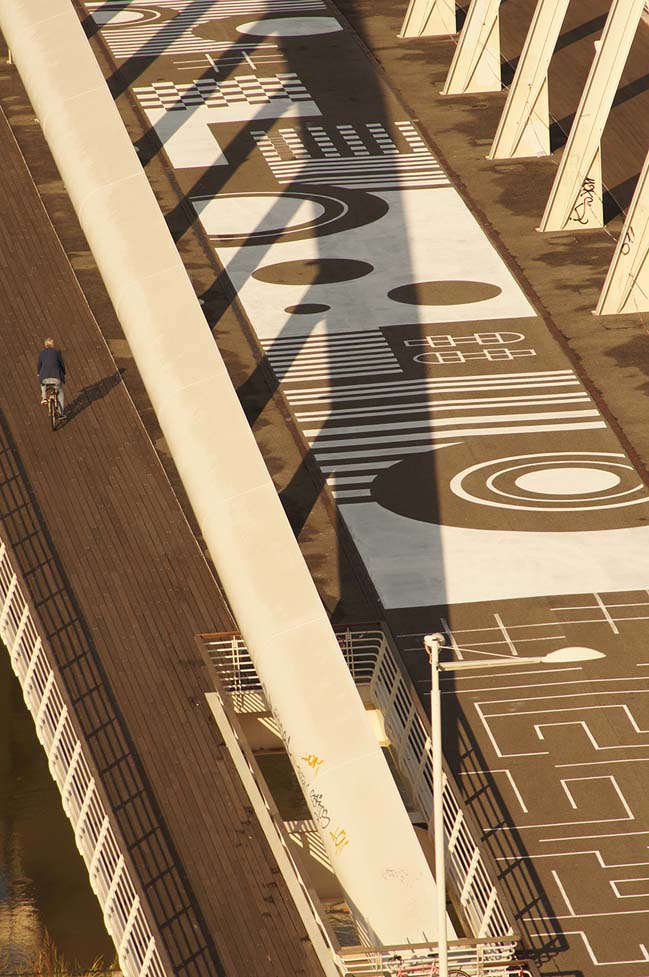 An extensive design (190m long and 7m wide) covers entirely the central part of the asphalt pavement of the Ponte della Musica Armando Tovajoli and becomes the unifying element which gives a new connotation to the space. The gigantic decorative pattern contains in itself all that is necessary to live the collective dimension of the public space. It is a sort of “carpet” decorated with geometric drawings which contain game boards, where different games can be played, and there are specific spaces which can be used for artistic performances during the event. 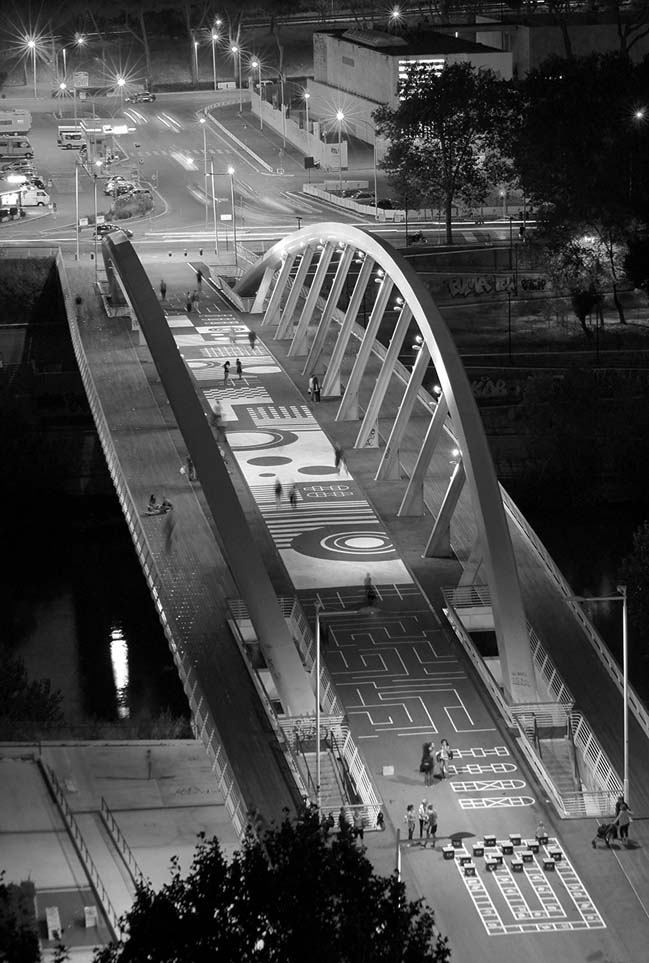 The students of the workshop “Aperti per Ferie 2016” have collaborated to the project during the painting phase and they have worked to develop the design objects of the installation which are made of cardboard. 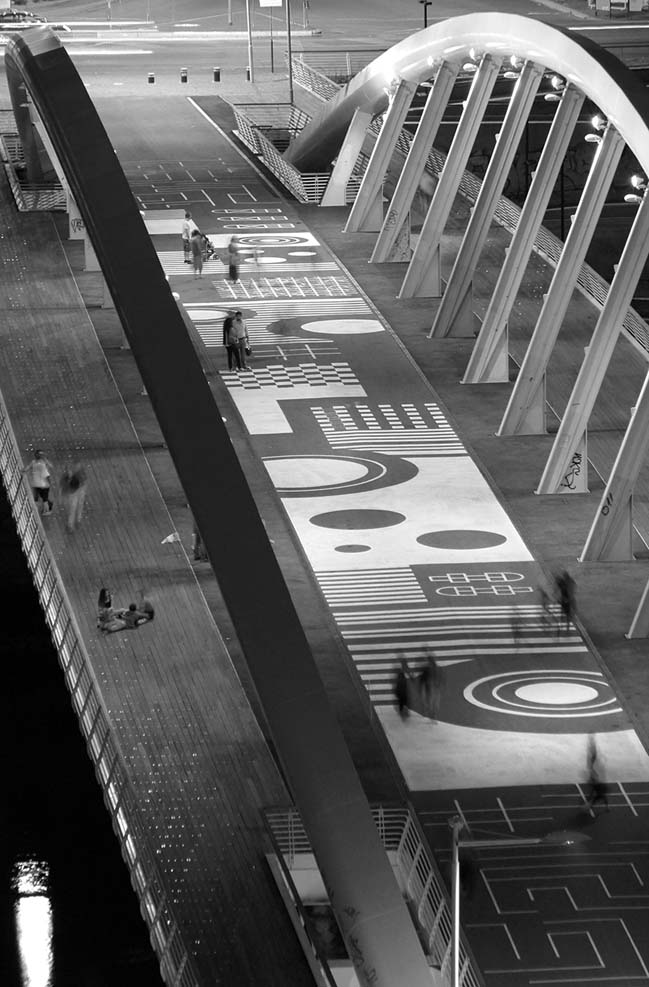 An innovative product, specially modified for the occasion, has been used to realize the project. It is a photocatalytic white paint which under the direct action of the UV ray modifies the polluting substances reducing them to harmless inert substances. This paint, produced by the Steikos of Cuneo, can be removed with high pressure hot water with high pressure hot water. 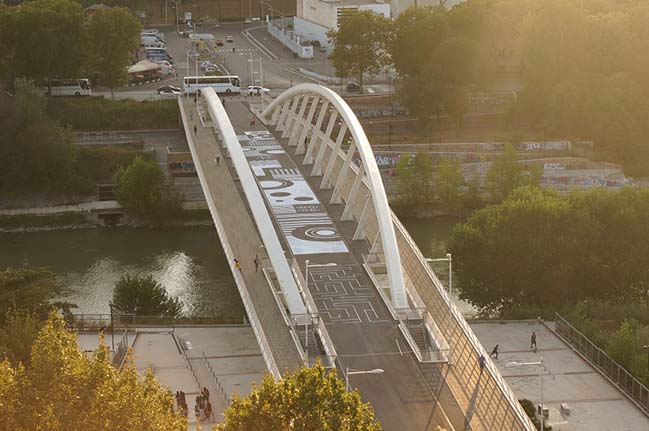 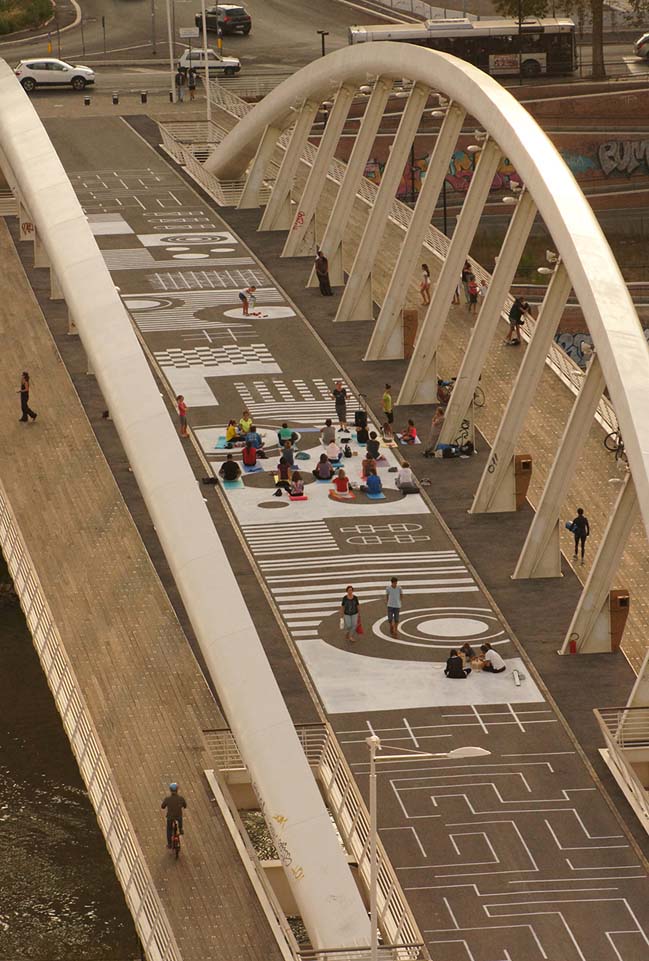 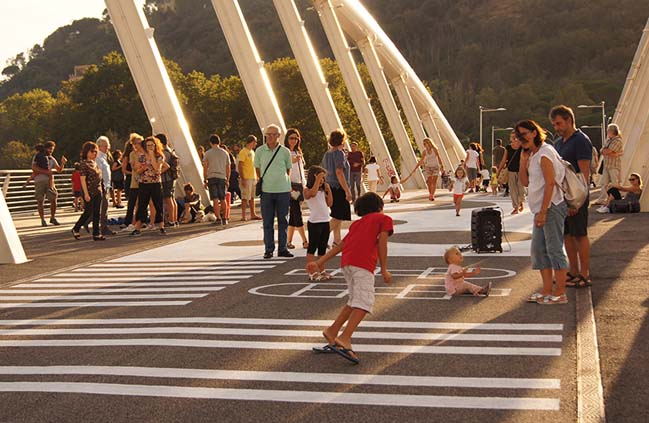 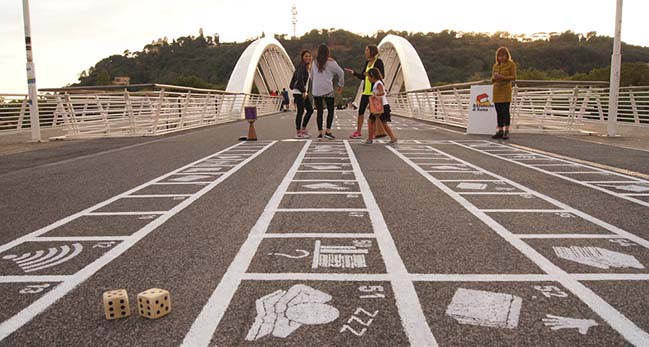 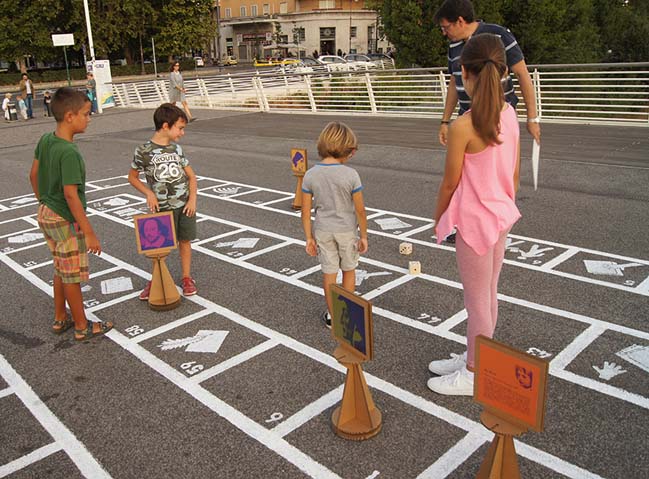 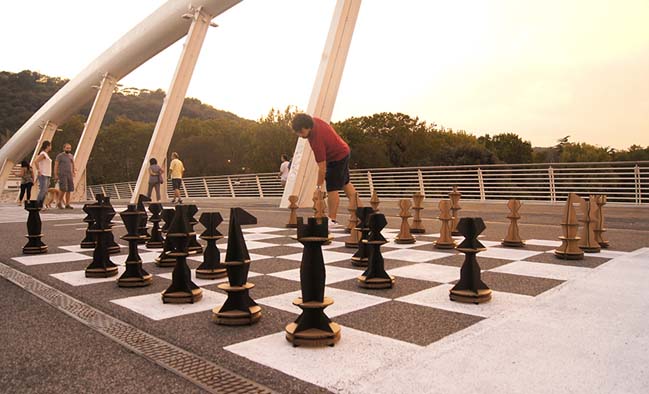 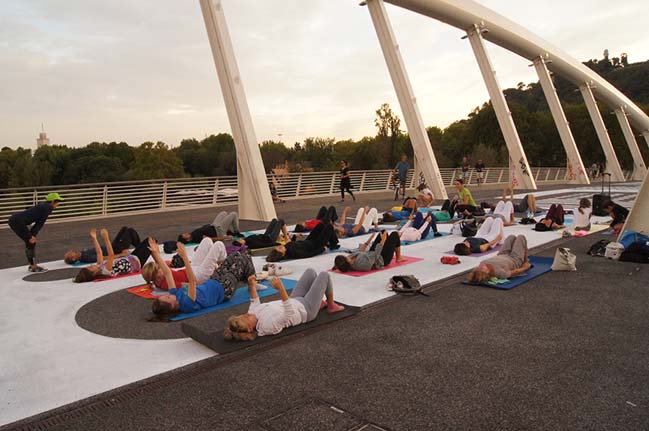 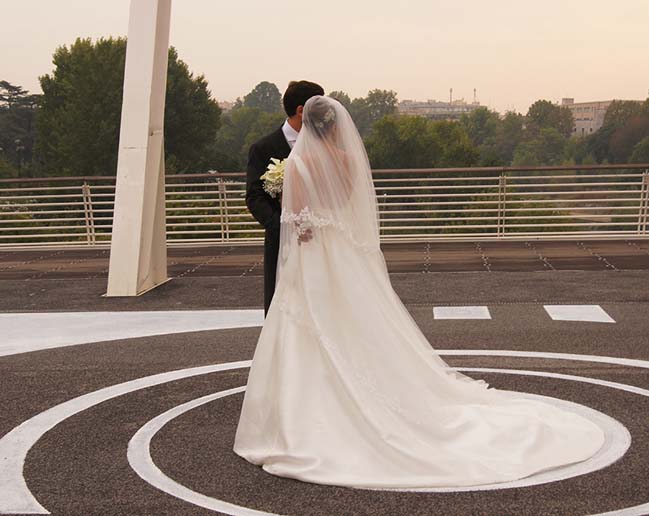 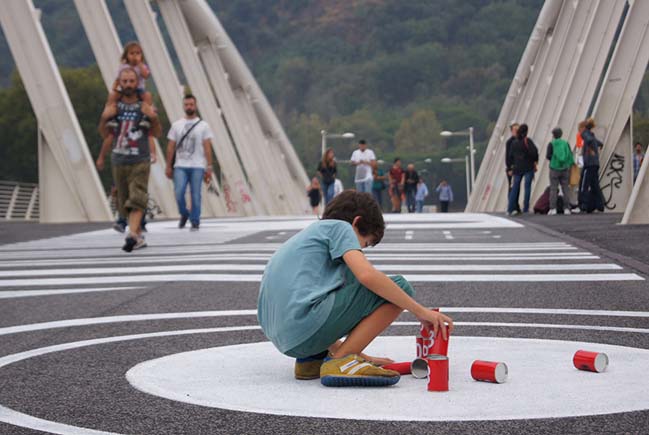 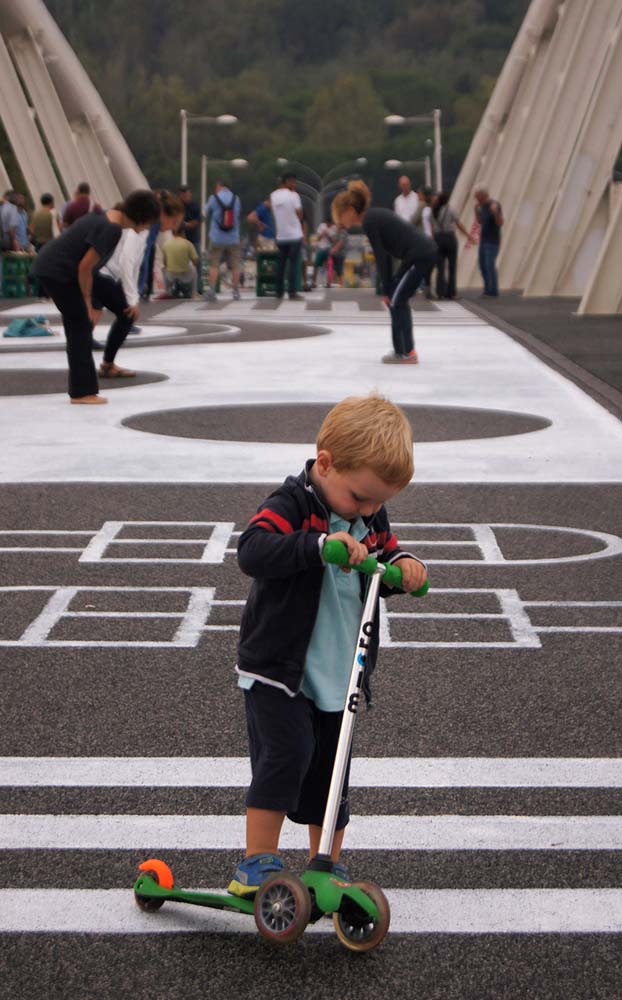 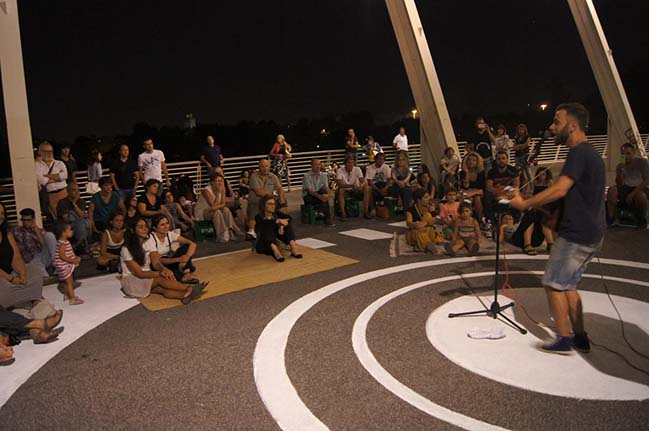 > Kaiserwarte: A wooden tower concept in Italy by noa*
> City of science in Rome by Vincent Callebaut