The project was designed by noa* to create a 35m high wooden panoramic tower concept for the Kühbergl - a hillside area near the small town of Brunico in South Tyrol. 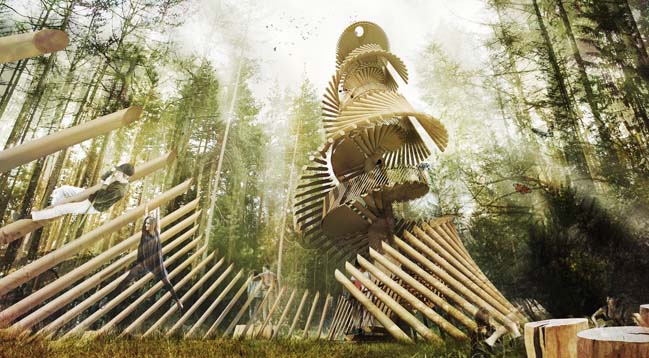 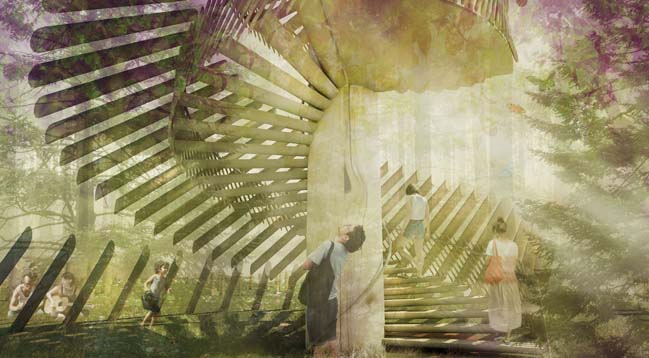 Project's description: The german term “Warte” means observation tower, while “Kaiser” refers to the emperor Franz Joseph I. In 1903 a kings pioneer unit built an observation tower in a strategically advantageous point on this hillside to facilitate a military manoeuvre, giving the artillery and the emperor good views of the entire basin of Brunico/Bruneck. Since then the observation point was named “Kaiserwarte”. After the manoeuvre, the tower served as a popular lookout point and a meeting place for painters, photographers and nature observers. During the 1st World War, it was again used for military air-observation scopes, but was later destroyed by an enemy attack.  Now the tower comes to life again, following the concept of interweaving skins spiralling towards the sky. 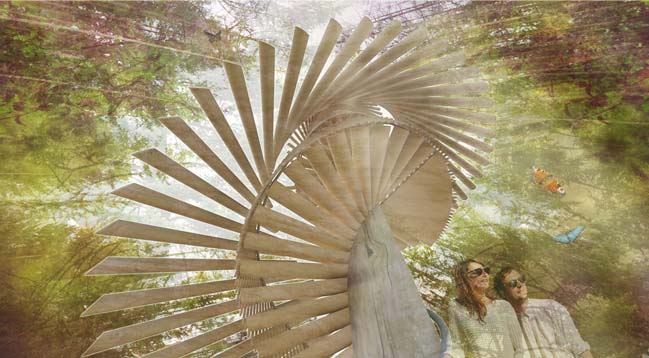 On the inside, just like a human body, a central “skeleton” with a radius of 75-45cm works as the core spine of the tower, facilitating the structural stability. Wooden stairs and timber hand rails form the “flesh” and twist dynamically around the core up towards the viewing platform. The exterior “dress” of the tower is also entirely made of wooden beams. 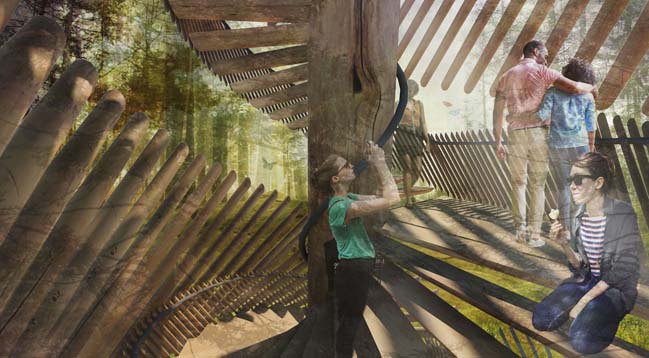 Larch is used as it is the widespread tree in the surrounding area. Up towards the radial platform, the visitors get various spectacular views of the landscape, nature and the surrounding 360°area. The outer beams create fascinating interspaces and serve simultaneously as wind and weather protection. 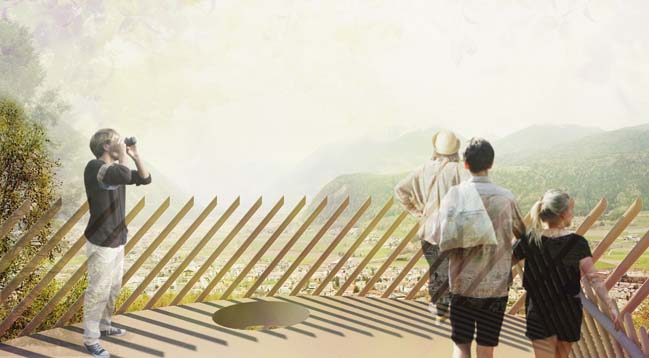 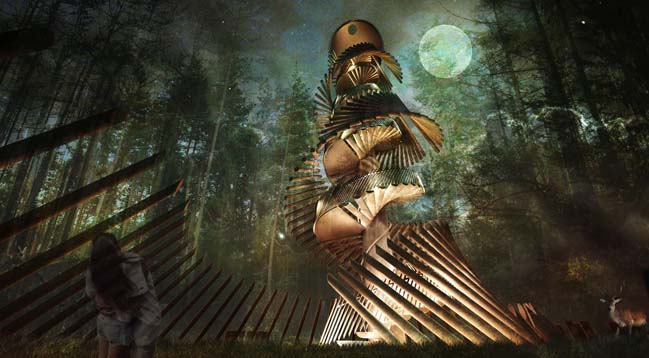