JDSA will coordinate an ensemble of new buildings on the Blériot-Féval site as well as design and execute a residential tower in Rennes to generate a mix-use and inclusive neighborhood within the Eurorennes development. 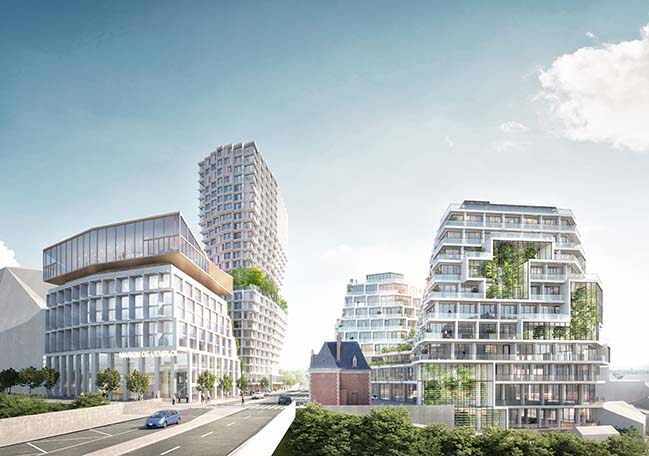 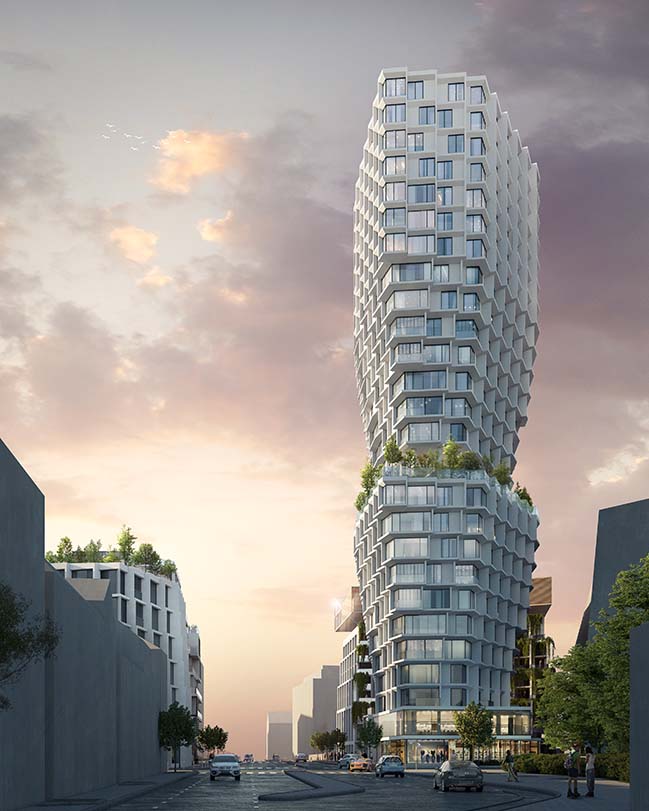 From the architect: The development is located next to and comprises of the new station inaugurated in July 2019. The city’s new express train connections have cut travel times to its neighbours and the capital by nearly half, enthusing many to develop business with or relocate to Brittany’s epicentre. 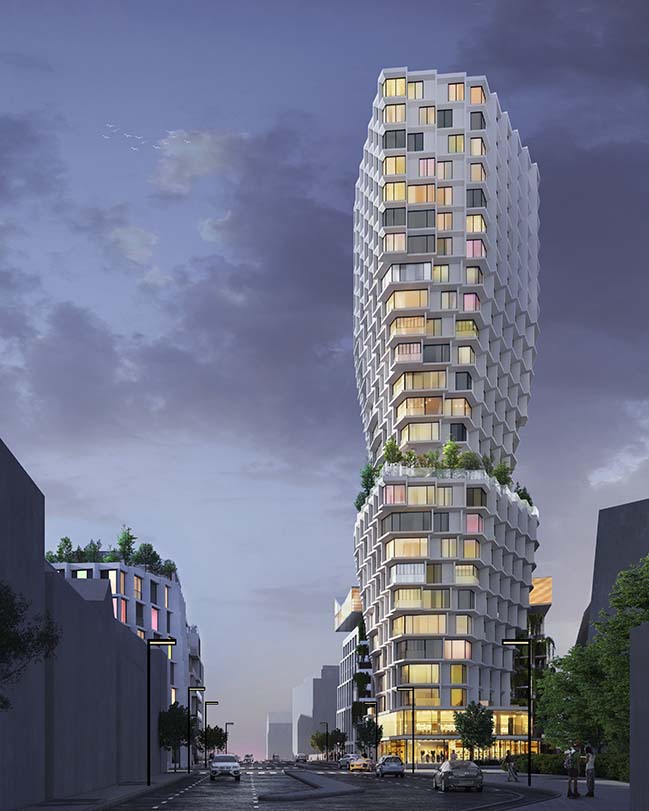 Within this Game Of Urban Thrones, Samsic, the region’s success story employing 90000, has set to relocate its headquarters to the Blériot-Féval site and steer its development, in collaboration with the developers from Bati-Armor and Rennes Municipality’s agencies.

The site is divided in 4 plots and coordinated by JDSA in collaboration with local architects Maurer & Gilbert and Paris offices SMAC and Think Tank. The Féval Tower acts as the masterplan's geographic and gravity centrepiece, offering 184 new apartments to the city. Our project promotes densification as a response to urban sprawl. 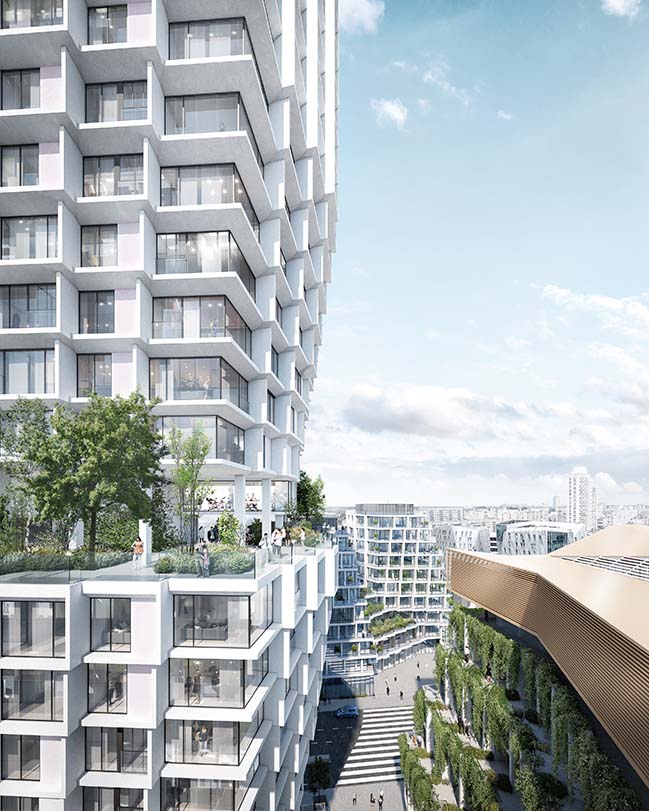 Our tower proposal manipulates the masterplan’s density to propose on ground level a stepped public space that invites the pedestrian to climb its base. Various commercial addresses will compose this base, on which the residential program grows from level 3, where the tower is most slender. Resonating Rennes’ colombage heritage, the tower thickens as it climbs upwards, to finally reach its maximum girth on level 10. 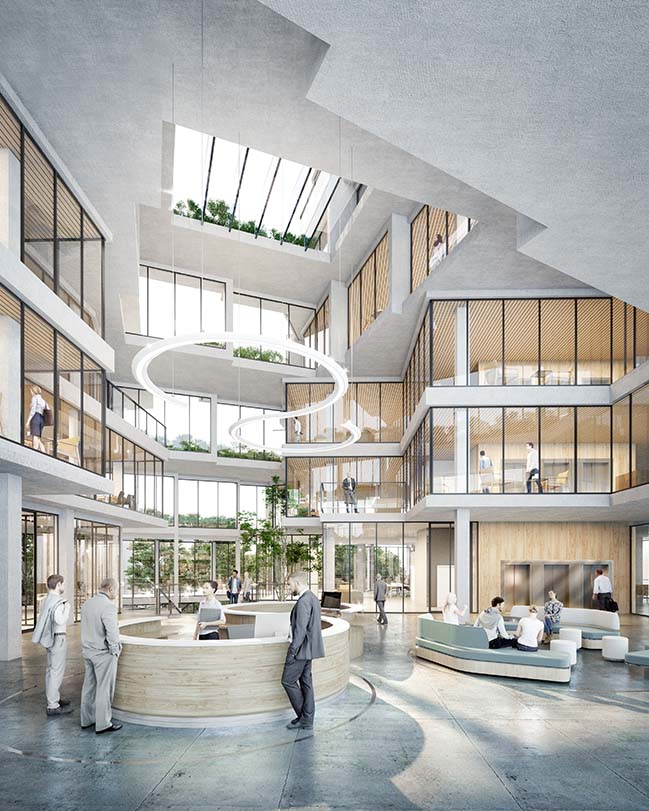 This is where a lush community park sets a pause to the rise and welcomes the building’s residents to a panoramic view of the city’s skyline under the shade of trees. The building then resumes its ascension and profile all the way to its 27th floor, offering 184 new homes to Rennes’ residents. 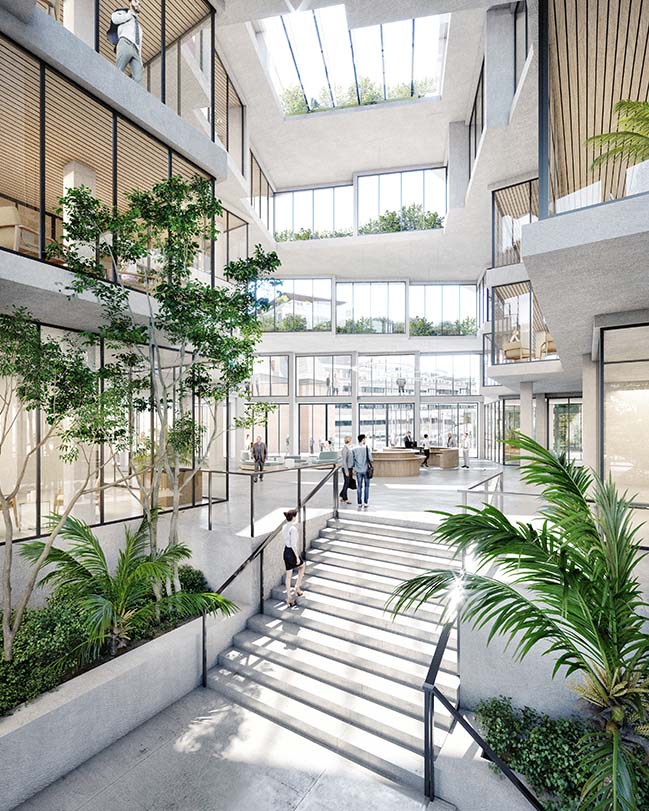 YOU MAY ALSO LIKE:
> Budva Hotel Resort by JDS Architects
> Rennes Palais Du Commerce by MVRDV 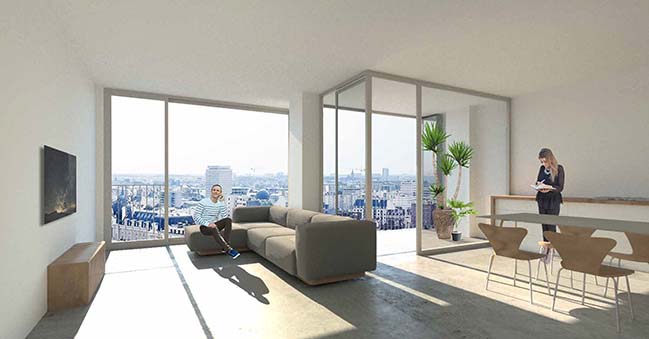 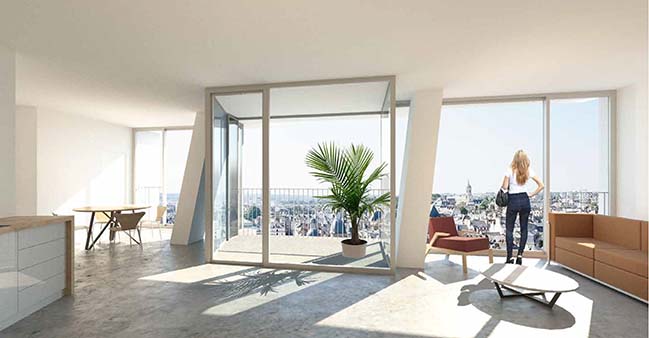 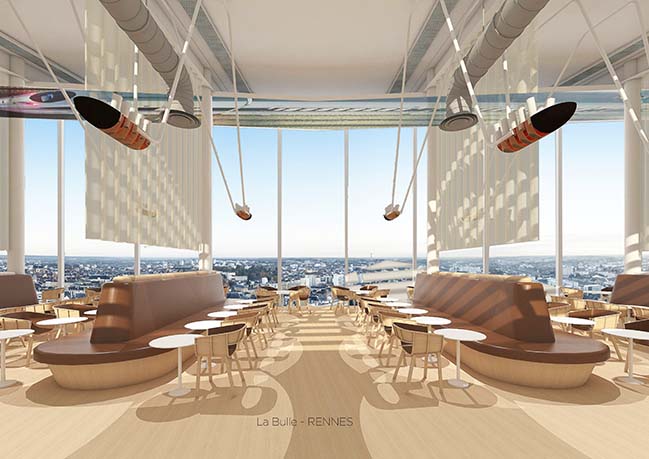 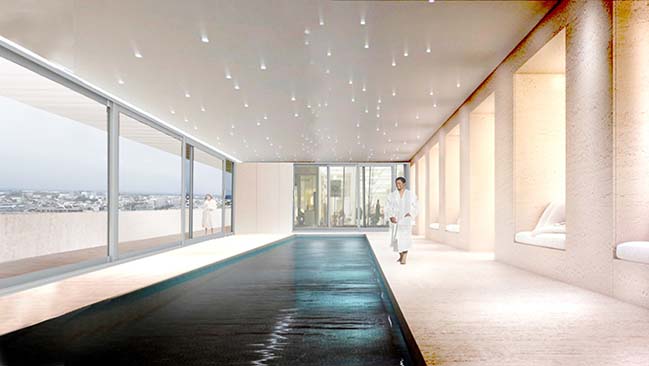 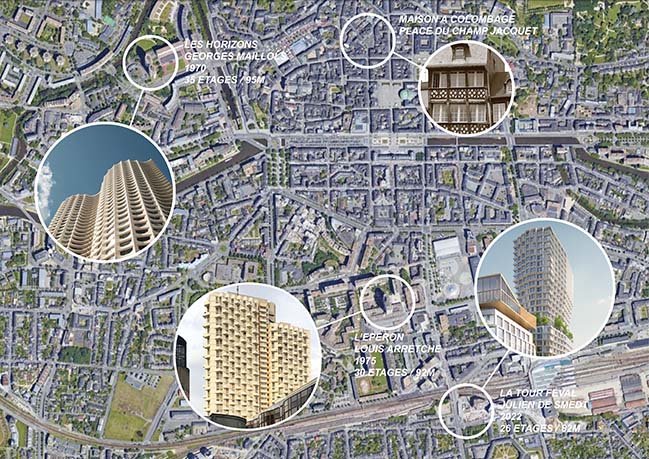 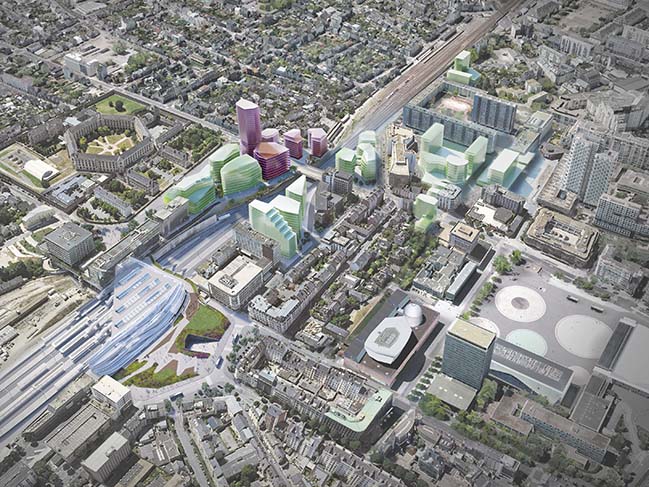 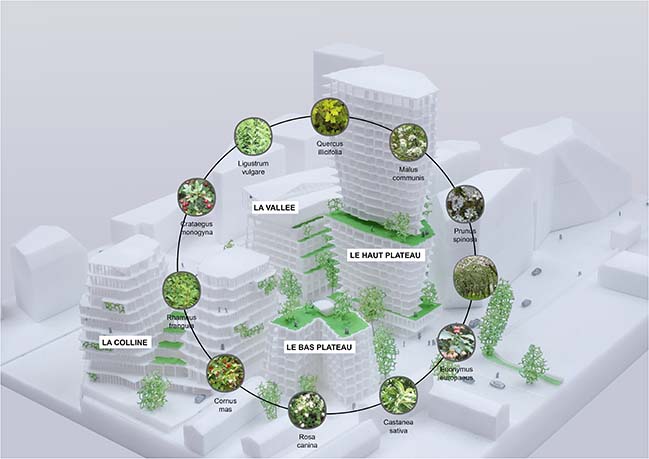 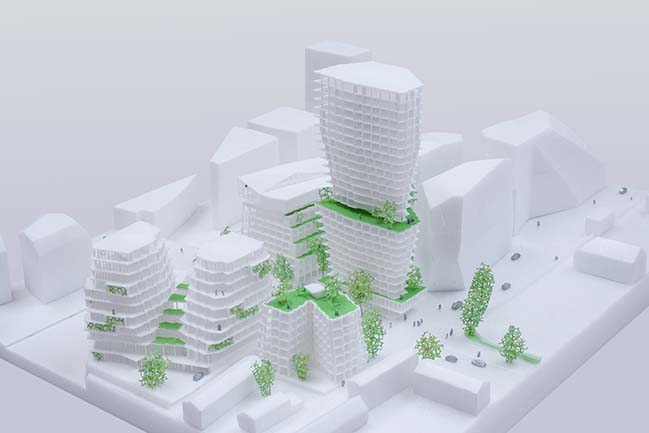 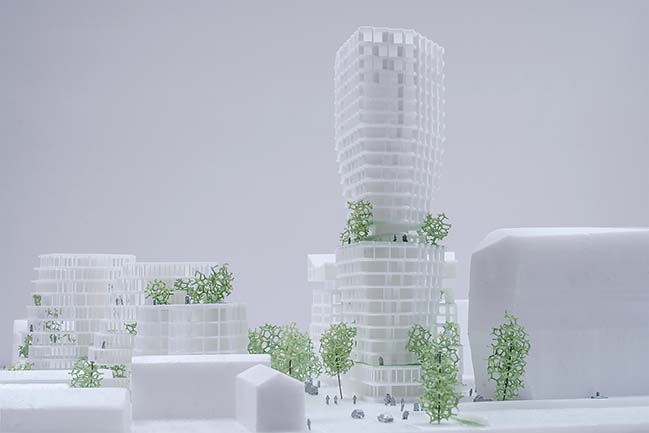 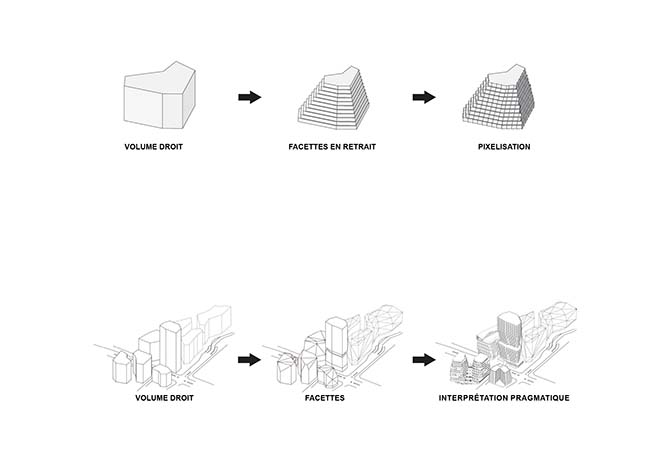 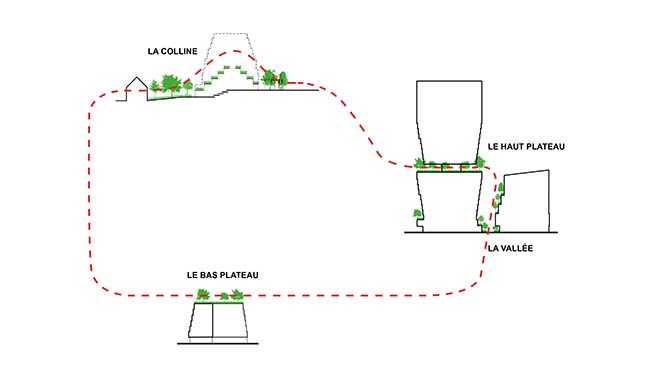 07 / 16 / 2019 JDSA will coordinate an ensemble of new buildings on the Blériot-Féval site as well as design and execute a residential tower in Rennes...