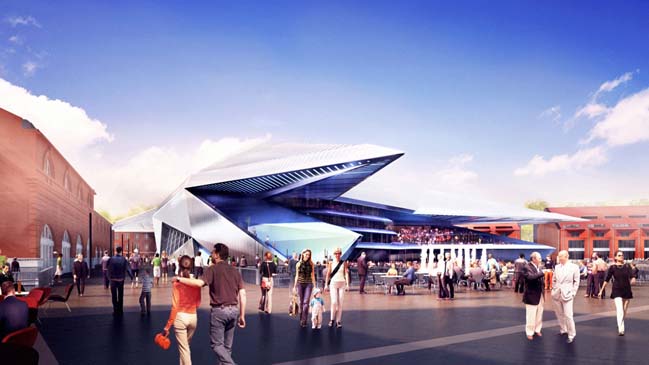 Project's description: The scheme will include an indoor theatre, conference facilities, galleries, a hotel, shops, apartments and restaurants, with a flexible outdoor arena at its heart. 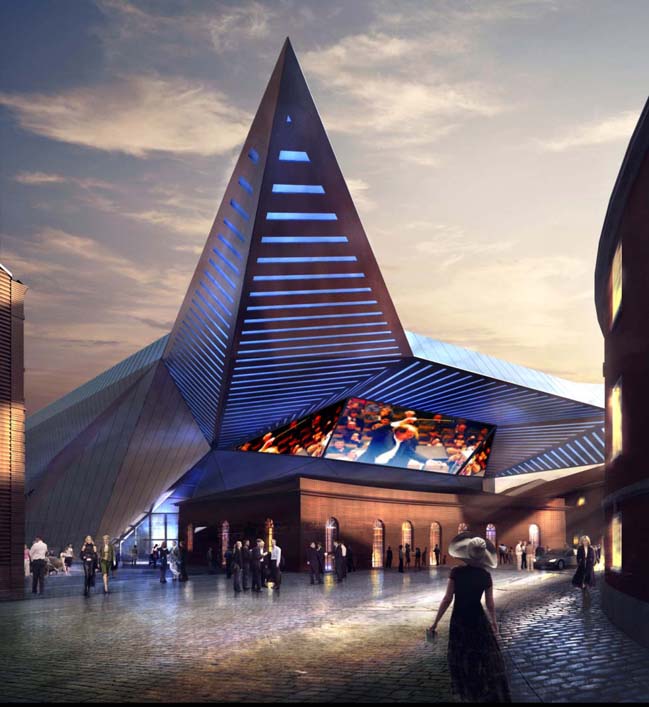 Edged by canals, and covering an area of 7.6 hectares, New Holland Island was created in the time of Peter the Great as a centre for shipbuilding. Over succeeding centuries it has served as a naval prison, been home to a naval radio station, and from Soviet times accommodated high-security naval and military facilities. The military recently ceded the island to the city, thus creating the opportunity for New Holland's dramatic reinvention as both a major cultural centre and a self-sufficient city district.

Reflecting a creative dialogue between old and new, the historic warehouses, originally built for timber storage, are reinvented as hotel and retail space and complemented by a range of amenities for the visual and performing arts. An office complex, which completes the missing side of the 'triangle', will establish the island as a venue for business as well as pleasure. An outdoor arena follows the contours of the dock basin to provide a venue for open-air performances, which can be flooded for regattas or frozen as a skating rink. The historic rotunda is adapted as a 400-seat recital hall for more traditional theatre, opera and dance and the main performance venue - the 2,000-seat Festival Hall - forms the centrepiece. An art gallery links the three performance venues at basement level. Using a sophisticated system of natural ventilation and an energy strategy that maximises the insulating properties of snow and the cooling potential of the surrounding canals, the island will be energy efficient and sustainable. 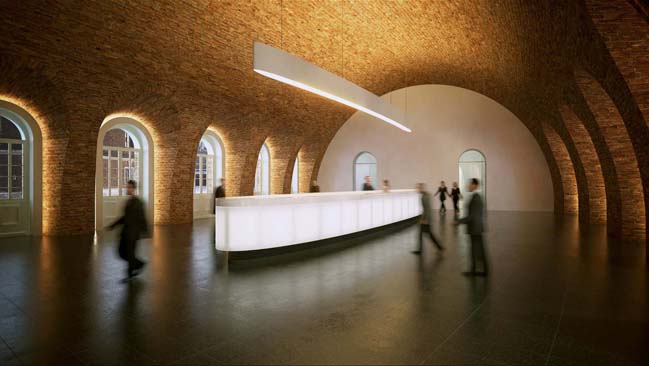 Crucially, the scheme provides the infrastructure to connect with the city at an urban scale. There will be a prominent gateway into the site from the major city artery of Nervskiy Prospect and new bridges and routes will tie the island into a wider cultural quarter that includes the Mariinsky Theatre and the Hermitage Museum to establish a thriving, accessible centre for the arts. The project has the regenerative power to lift the fortunes of the surrounding areas, while locking itself into the heart of one of Europe's most dynamic cities. 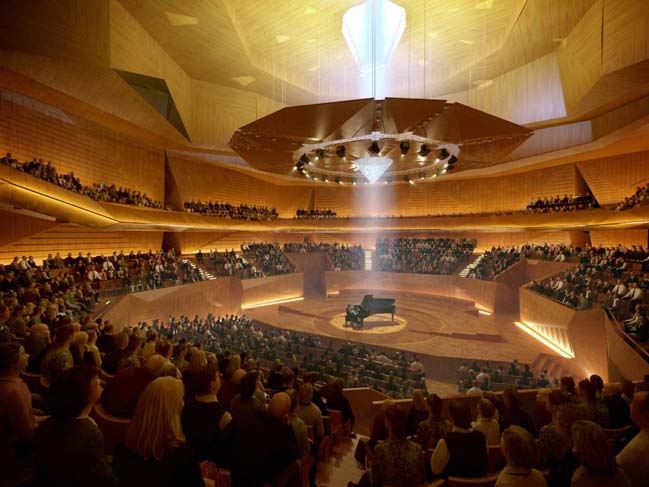 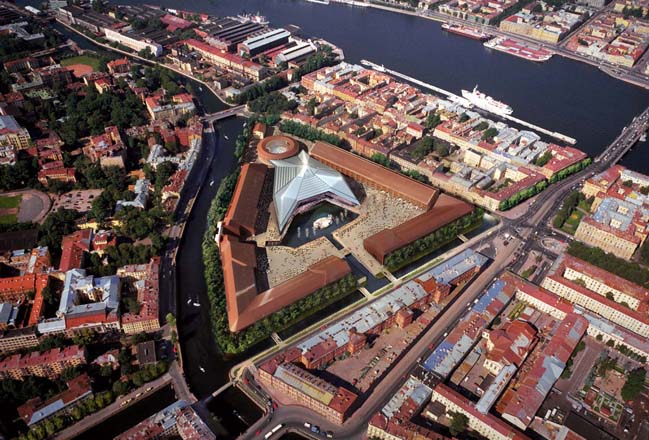