MVRDV revealed initial design for Tirana Pyramid in the presence of Prime Minister Edi Rama, Mayor Erion Veliaj, The Albanian-American Development Foundation (AADF), members of the Municipality of Tirana and public. The 11,800m2 former communist monument is set to revitalise and transform the Pyramid of Tirana into a large multifunctional technology education centre for young people. The project will be completed in June 2019. 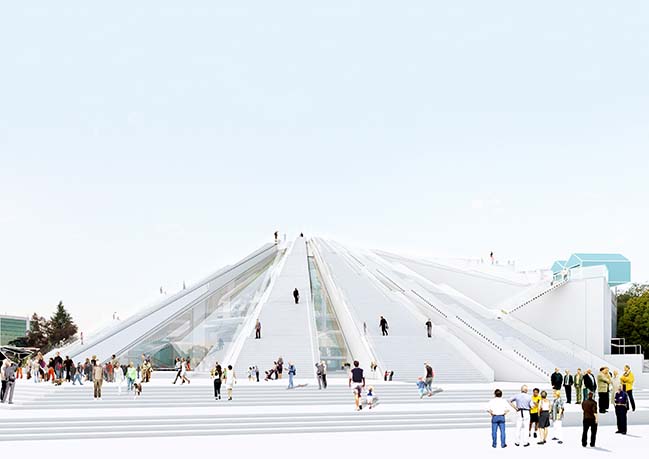 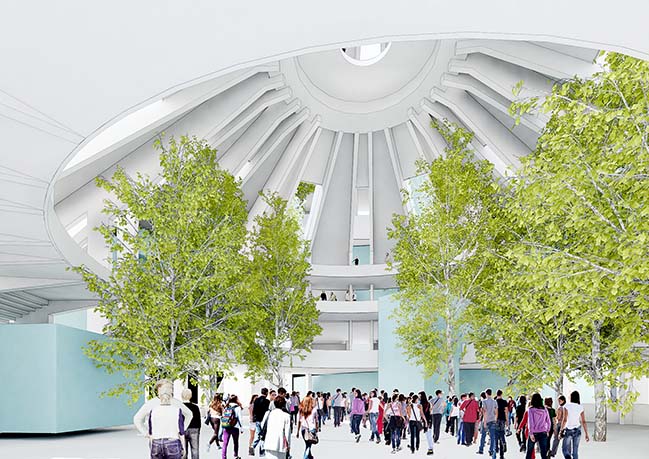 From the architect: Situated in the centre of Tirana, the former Enver Hoxha Museum designed in the 1980s by a group of architects including the then president’s daughter Pranvera Hoxha and her husband Klement Kolneci. Throughout the years it has also served as a temporary base for NATO during the War in Kosovo, a nightclub and as an event space. In recent years there were plans to transform the structure into a national theatre. These plans never materialized meaning the building has been left to decay for more than a decade.

The pyramid has a unique silhouette and a strong presence in the urban environment. It never left the public attention and was a centre point in numerous protest and a background for demonstrations. Despite the generous use of glass on its façade the building appears to be hermetically sealed and inaccessible. The attempt to transform the interior clogged the atrium and created even more obstacles for one to experience the space. 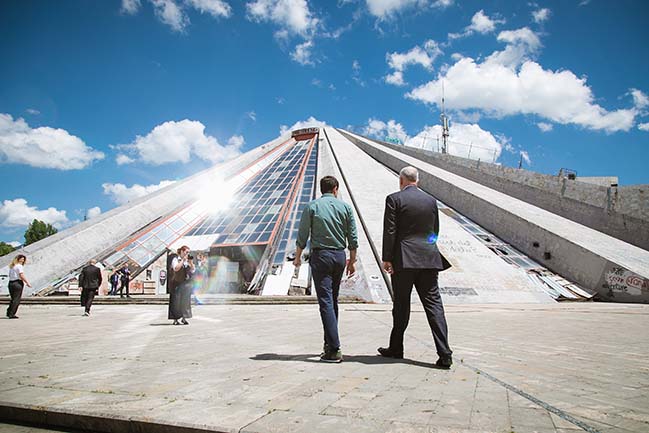 The project aims to give the building back to the public. By opening the ground floor from all sides the structure becomes transparent. By making the façade roof accessible and scalable a new perspective to the city appears and by flooding the interior of the space with green the object becomes one with its surroundings.

“Though in the past, there were plans to transform this monumental building into a national theatre, this never materialised which left this fantastic building in ruin for more than a decade,” says Winy Maas, co-founder of MVRDV. “The Pyramid of Tirana will rise again by becoming a new centre of technology and learning for young people. Maas continues “It is a symbol for many Albanians. For the older generation, it is a memory to the cultural events during communist times, for the recent generation it became the place to celebrate the new era. They will use it as a hangout, as a place to glide of, and for concerts and gatherings. We will open it up to its surroundings as a structure in the park, that can be populated by people, trees, and containers for co-working. We will make the beams accessible and safe so that we can all climb to the top and celebrate the structure, with views of the city of Tirana. We create an inhabited monument.” 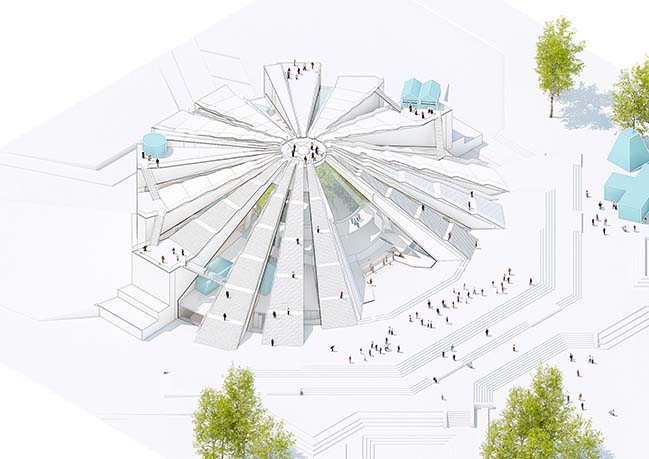 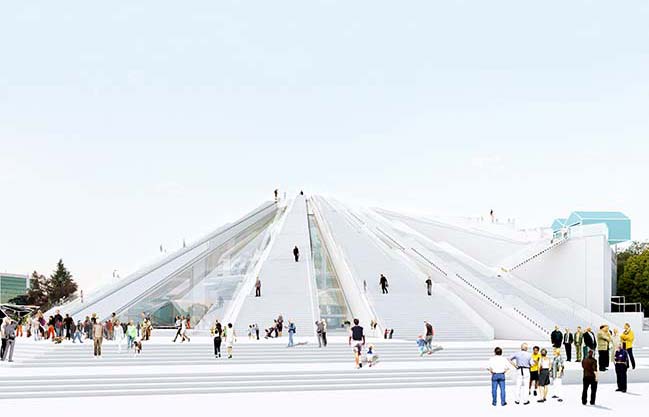