LOHA’s plan for seven student housing structures as part of the San Joaquin Housing complex at the northern limit of the University of California, Santa Barbara, represents an application of the firm’s interest in urban environments within a university context. 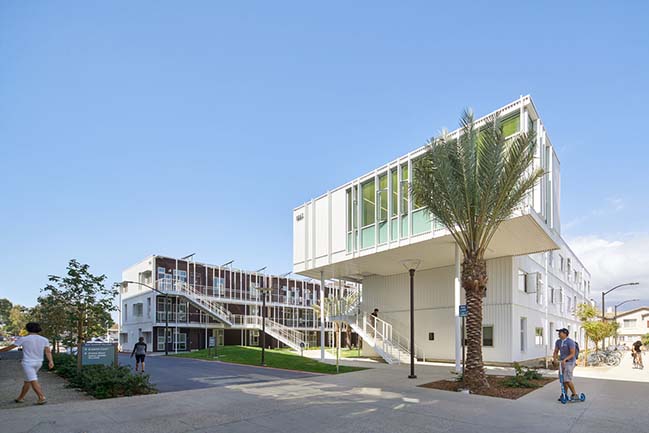 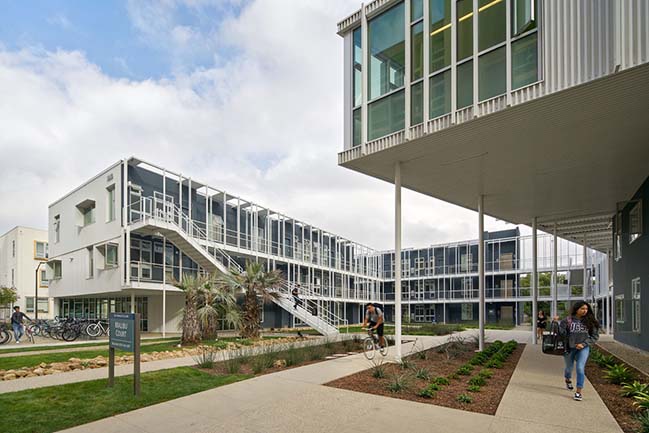 From the architect: Respecting the adjacent community’s scale and character, LOHA’s design comprises housing clusters characterized by a solid outward-facing edge and an activated campus-oriented edge. This project will join additional housing volumes and student facilities to make up UCSB’s 15-acre North Campus. 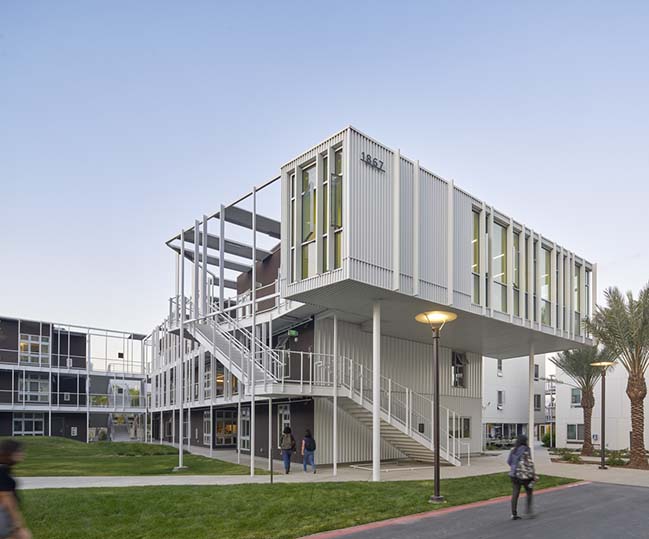 Stimulated by an undulating circulation system that weaves between the social hubs incorporated within its buildings, the new housing seeks to foster and advance the robust social and intellectual life of UCSB. 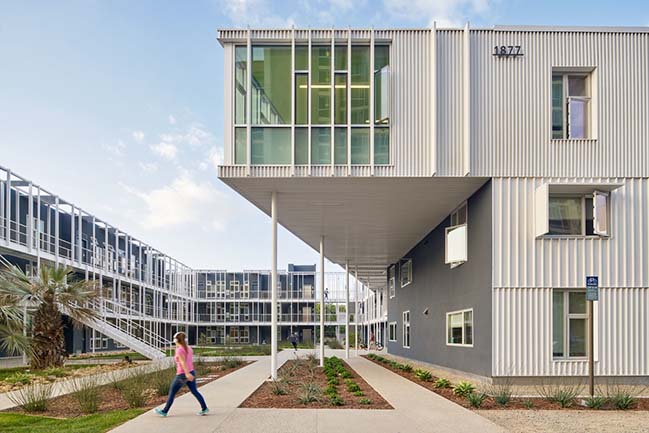 UCSB dormitories have typically pushed circulation to their exterior envelope, with an inert central courtyard accessible only from within the building. LOHA’s design inverts this circulation scheme, designing a subdued exterior edge with an open, lively interior courtyard containing all building circulation, encouraging movement throughout the complex. 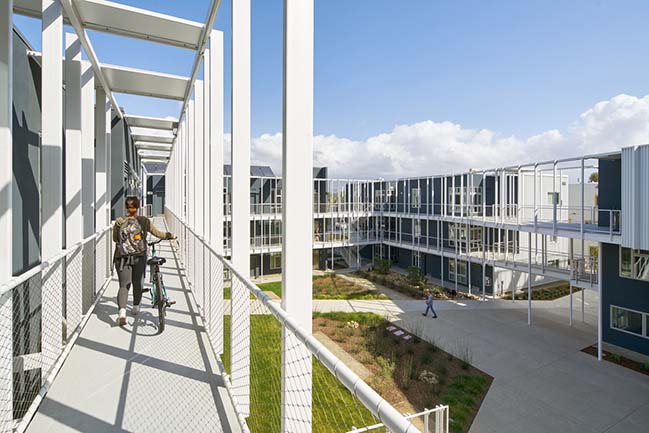 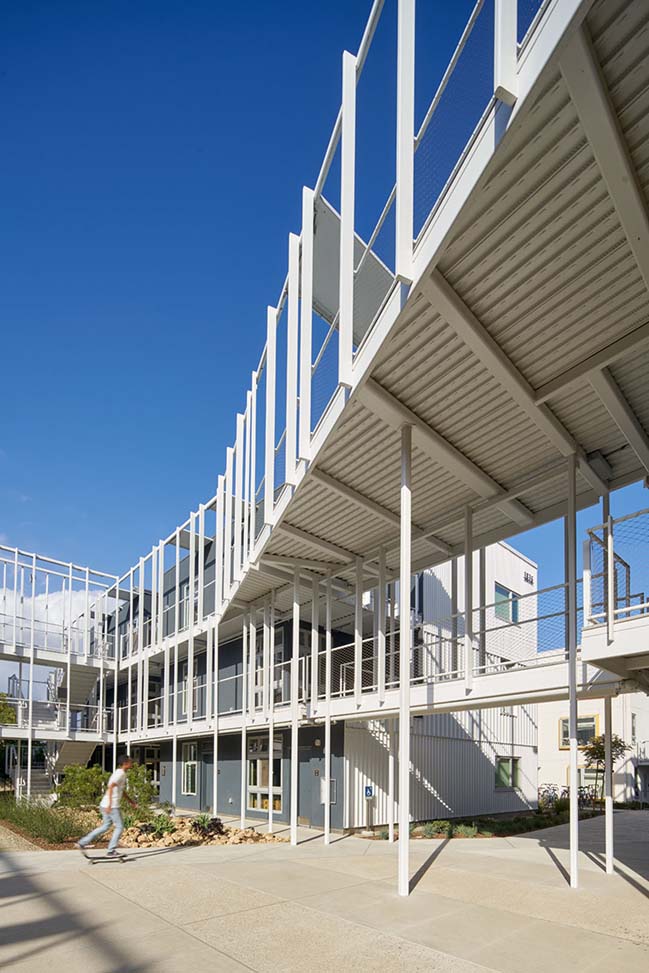 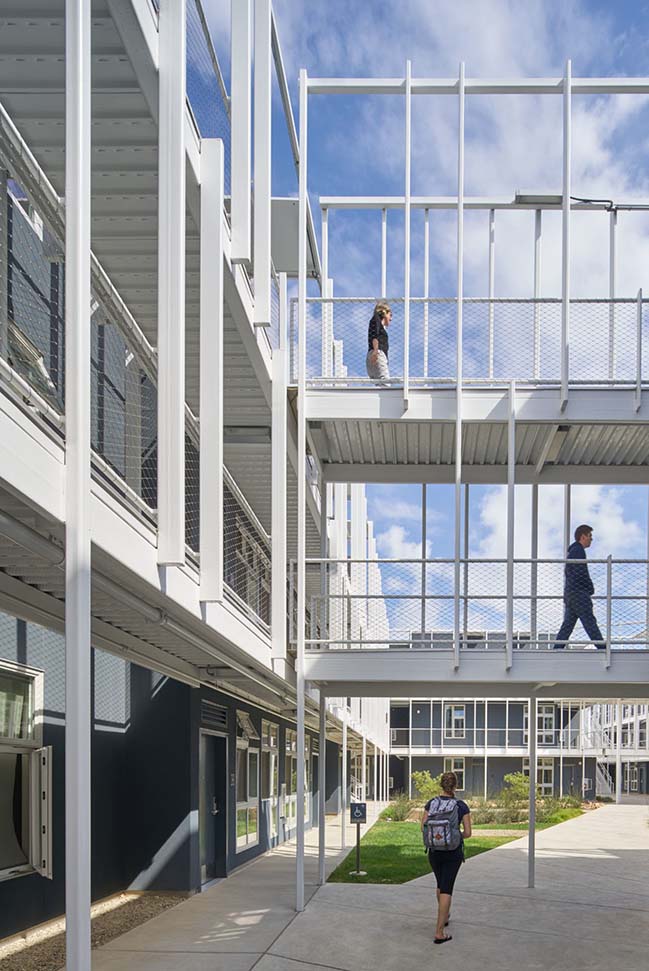 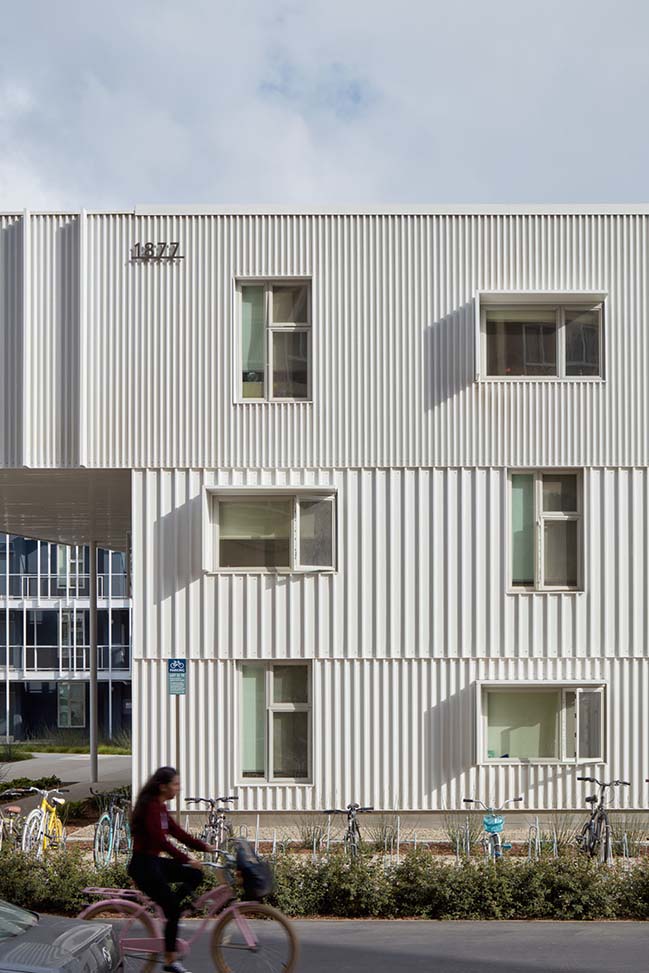 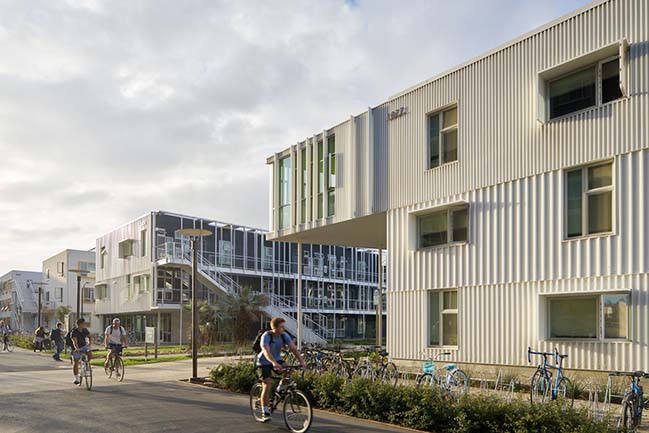 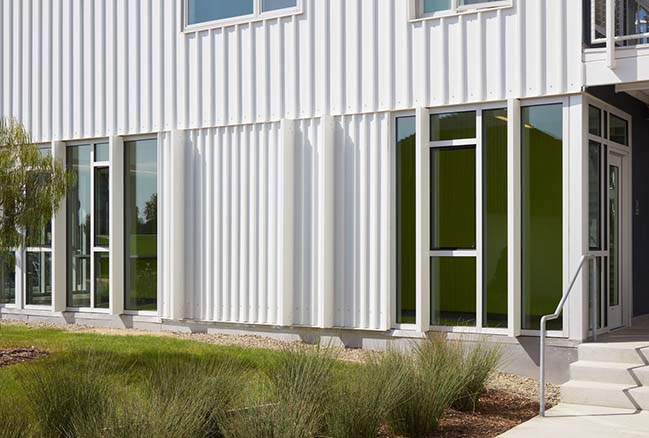 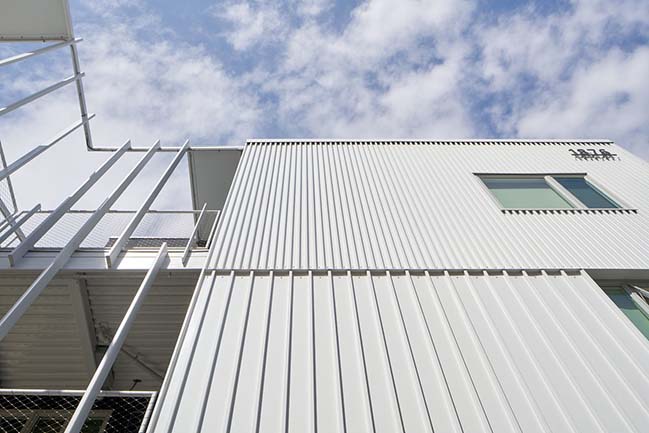 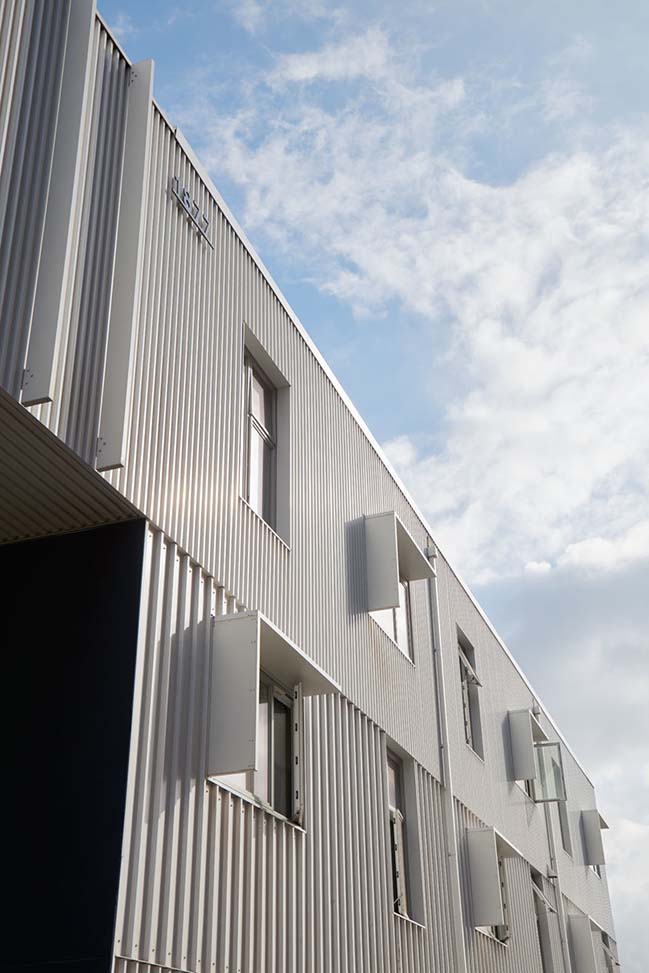 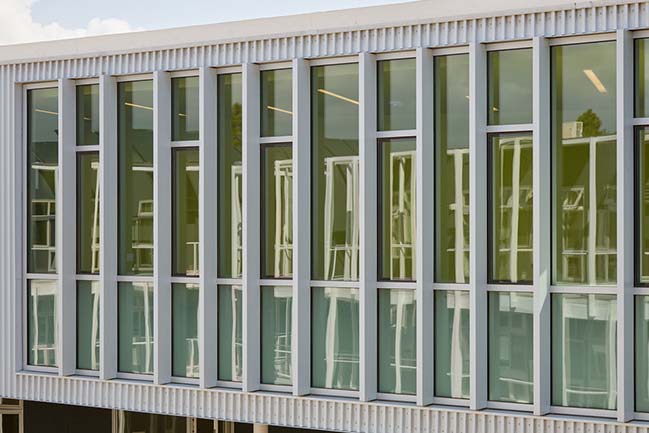 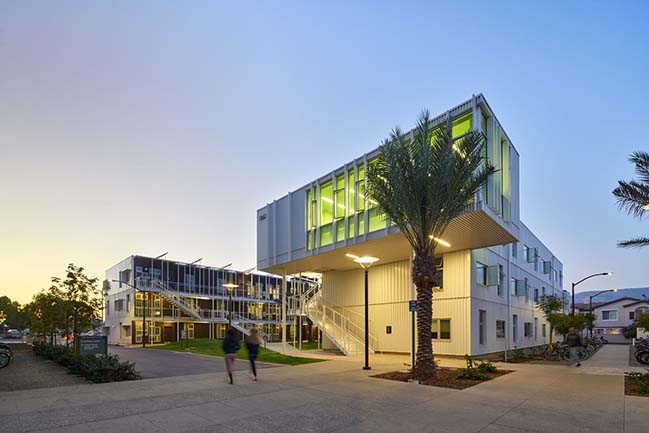 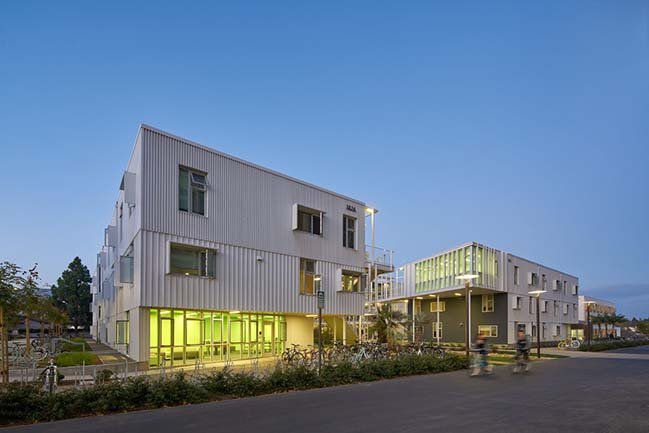 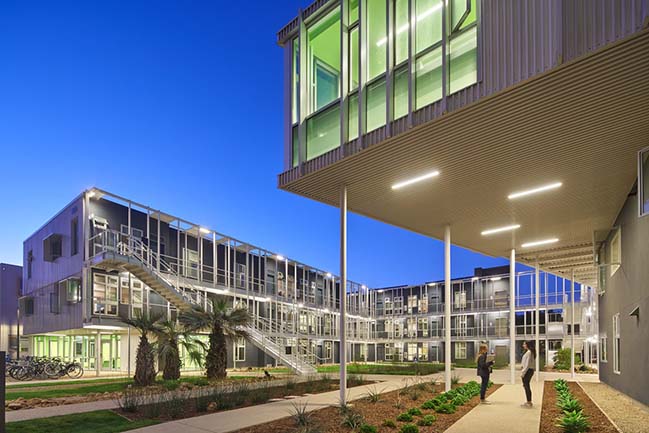 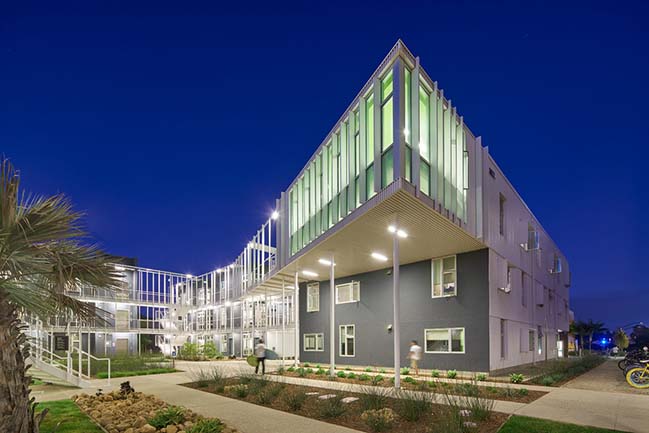 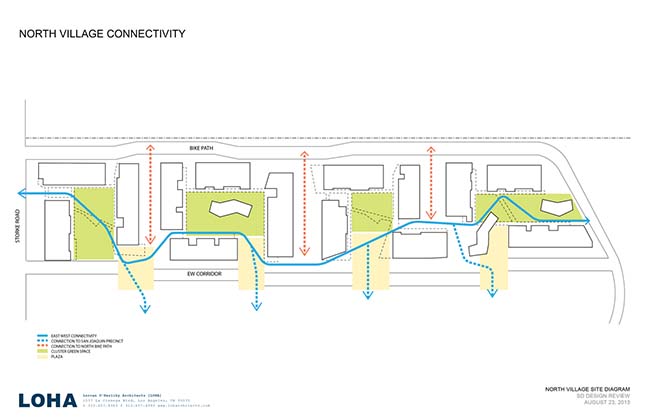 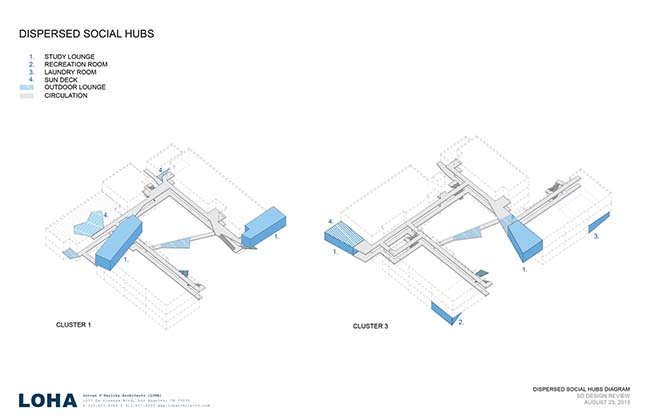 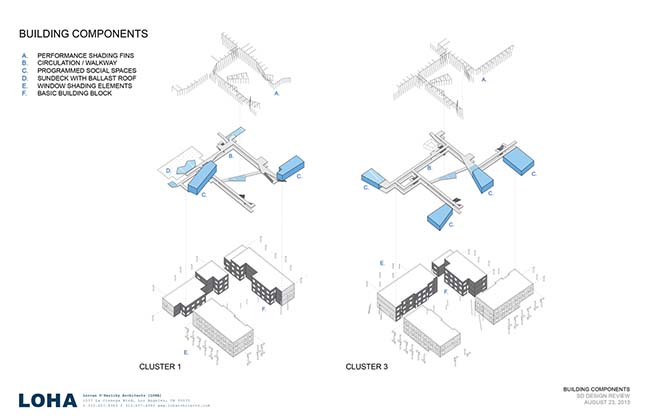