Located in a central area of the Eixample, the19th-century expansion district of Valencia, the project for the Viria development is based on a contemporary reinterpretation of the neighbouring architecture... 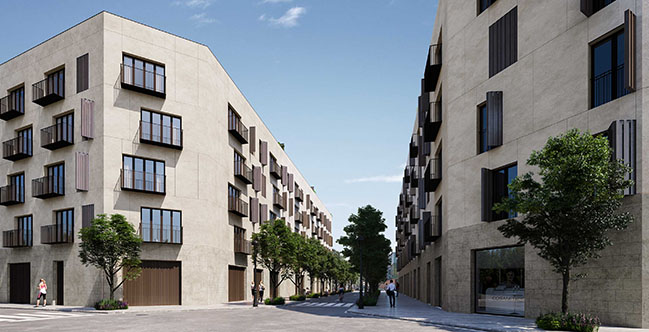 From the architect: The exterior façade adheres to the language, materials, tones and proportions established by its surroundings. This revision is visible in some details, decorative elements and ironwork, as for example in the deck eaves, balconies and shutters. In addition, the building adopts the composition of openings typical of the Eixample architecture, which emphasises verticals and avoids large horizontal windows. 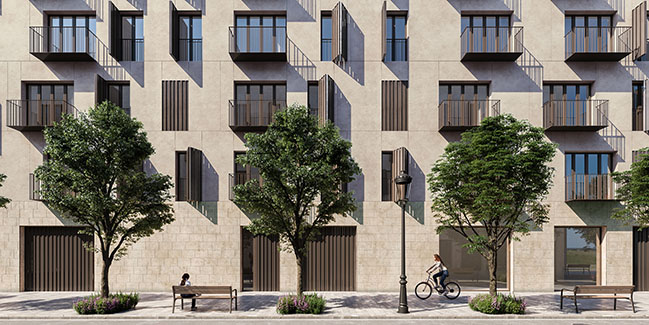 A stone plinth supports the building from the ground floor, while the upper part is finished off by an attic floor defined in a darker tone than the rest. In this way, the block is visually divided into three horizontal strips. 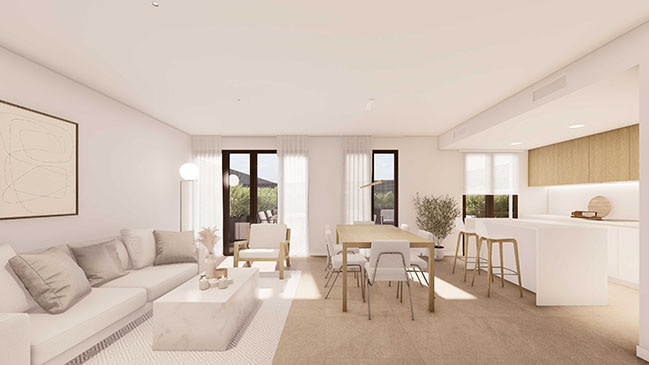 Urban intervention
The project intervenes on an incomplete urban fabric, extending Turia Street to Rojas Clemente Square and dividing the city block into two smaller ones in order to consolidate and connect the urban fabric. As a result, two plots appear on each side of the street. 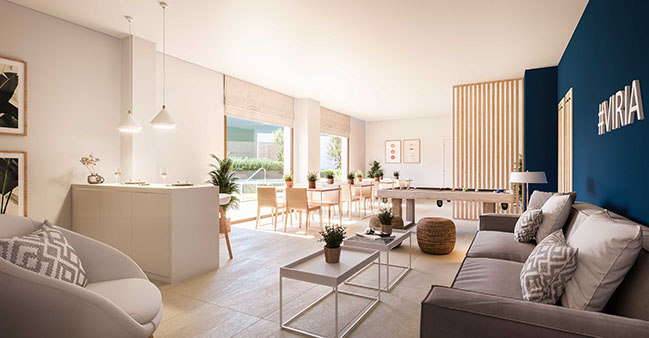 In them we have built two new buildings completely equipped and integrated into their surroundings through a contemporary and refined review of the typical architecture of the area. These new buildings flank a new street that connects two points of reference in the city of Valencia: the Rojas Clemente Market and the Turia Gardens. 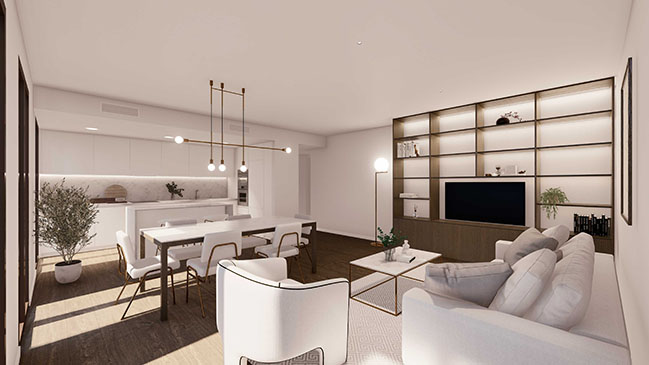 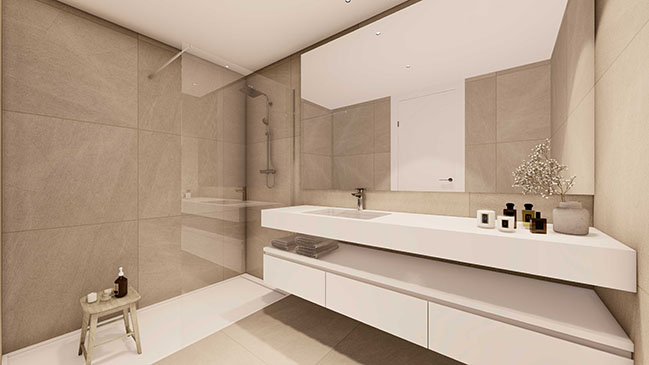 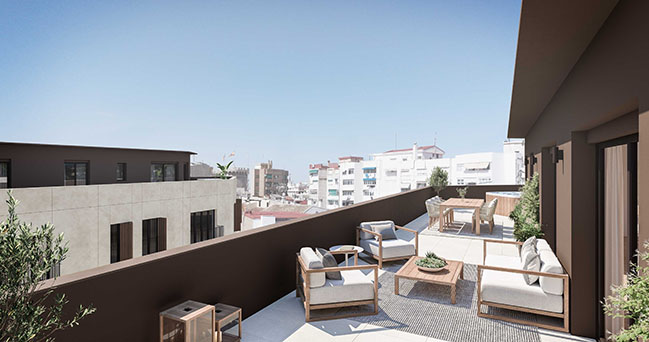 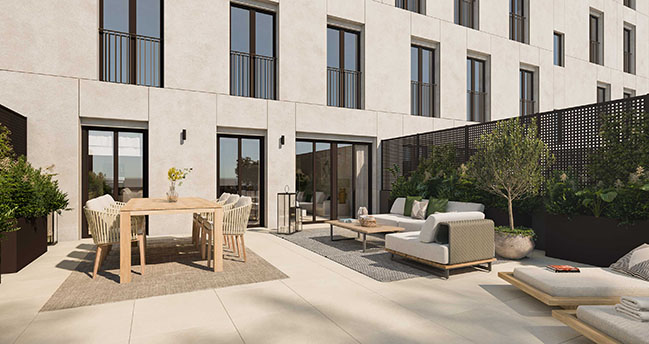 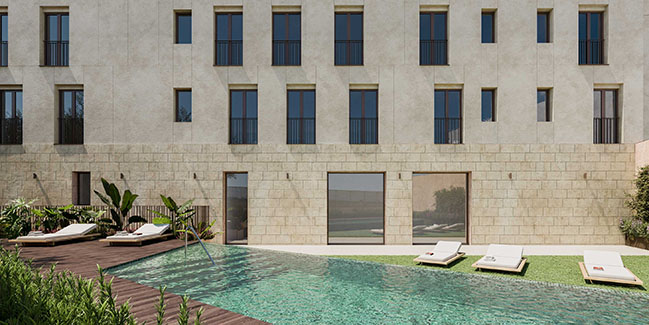 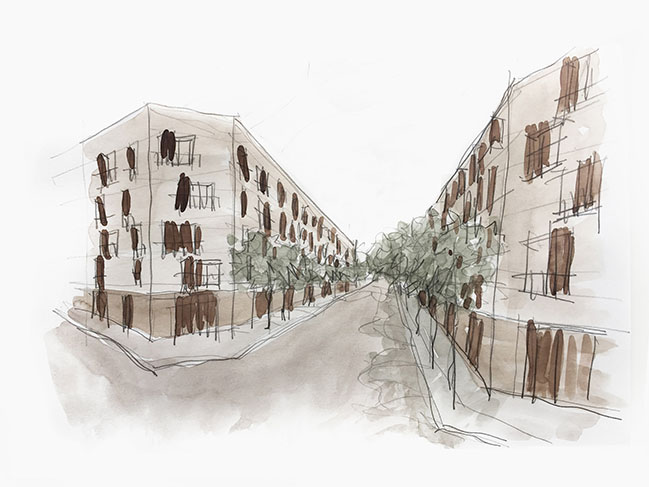 10 / 28 / 2021 Located in a central area of the Eixample, the19th-century expansion district of Valencia, the project for the Viria development is based on a contemporary reinterpretation of the neighbouring architecture...