West Hollywood Belltower was desinged by Tom Wiscombe Architecture to create a new creative iconic object for billboard with an unprecedented breadth of commercial, cultural, and interactive media content. 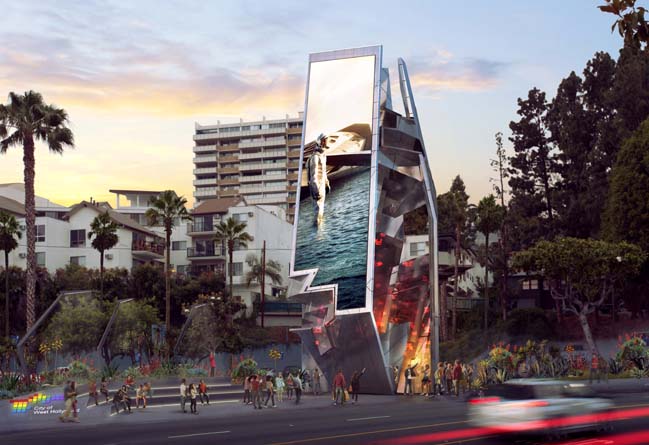 From the architects: Our design is a vertically-oriented, three-dimensional Belltower, in contrast to the ubiquitous flat, horizontal billboards of the Sunset Strip. In particular, it avoids the “sign-on-a-stick” billboard typology in favor of something spatial and interactive. It operates on the level of deep urban archetypes, such as ancient bell-towers, clock-towers, and obelisks, which are associated with civic space and community. It calls for civic engagement and allows for diverse voices to be heard. It expresses the contemporary transition from an era of centrally-controlled media empires to a time of great diversity in marketing approaches and stakeholders. It speaks to a world where commercial and cultural content can be hybridized, and media is no longer a just a way of advertising but a way of life. 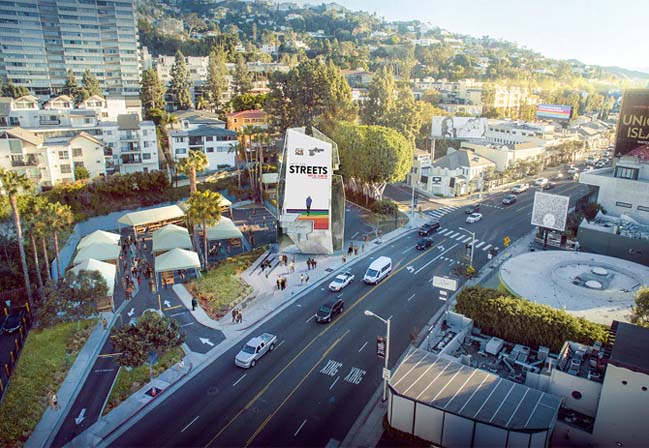 On its diamond-like outer “petals”, the Belltower provides for a combination of commercial media, feed from cultural events (such as the recent Elton John/ Lady Gaga appearance at Tower Records), City of West Hollywood branding and news, and video art interventions curated by our partner the Museum of Contemporary Art (MoCA). This diverse range of content will be composed and programmed by our content designer Imaginary Forces. The outer petals feature a mix of high-resolution LED technology, video projections, and theatrical lighting, all integrated into a custom-patterned perforated metal skin. 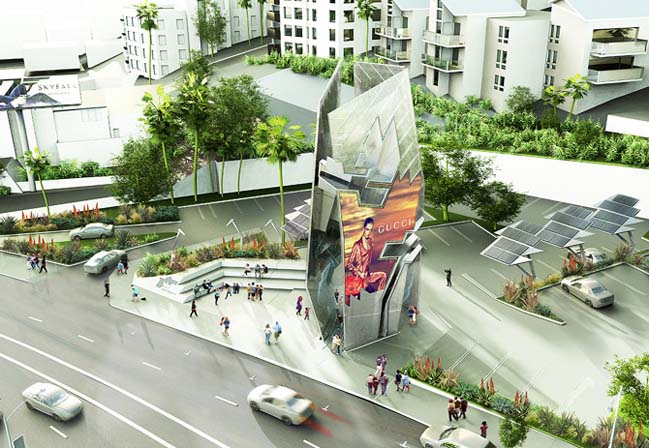 In its interior, the Belltower contains a sculptural figure that is coated with interactive and trending social media. This figure can only be glimpsed by passing cars; it is primarily intended to engage the pedestrian scale. The interior space is vertical, immersive, and engages the public imagination. Pedestrians can interact with it directly via their smartphones. 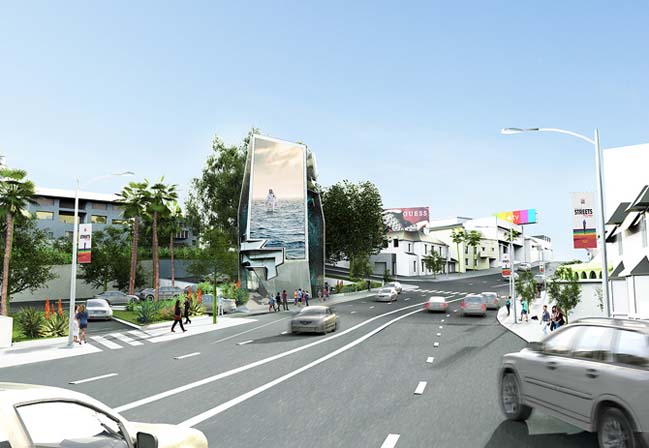 The Belltower is linked to the City through an inviting public square, where pedestrians can meet, relax, and play. This square can also be used for cultural events, using the Belltower as a backdrop. Drought-tolerant landscaping connects the Belltower and the public square to the lush landscaping of the local environment, creating a totally integrated social experience. True to the values of West Hollywood, the project is sustainable both socially and environmentally. Specifically the design includes a solar array that will produce energy to operate the project, permeable ground materials for water runoff, and recyclable aluminum skin. 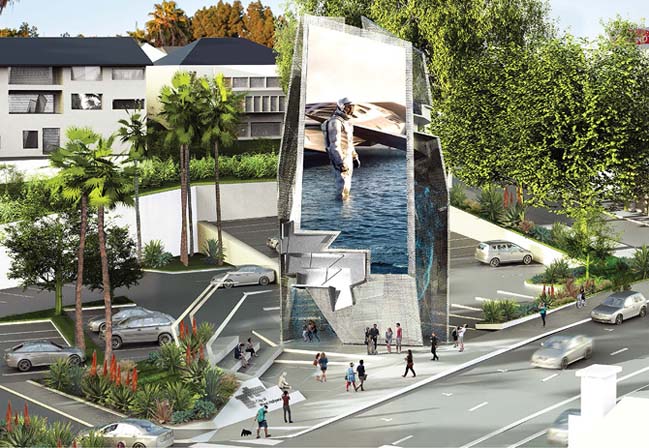 Ultimately, the significance of this project is that it will exist simultaneously in two realms: the local physical space of the Sunset Strip and the global digital space of social media. Potentially the most “Instagrammable” billboard in the world, this project will actively share the uniqueness and creativity of West Hollywood with the world. 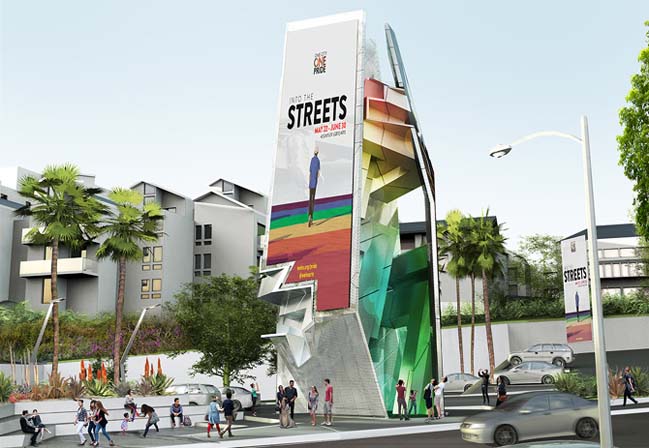 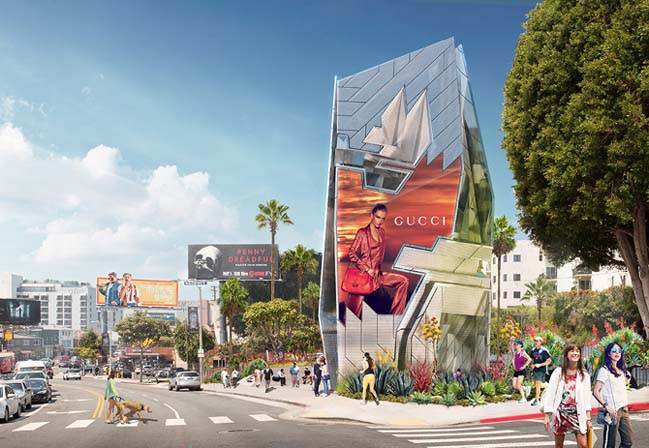 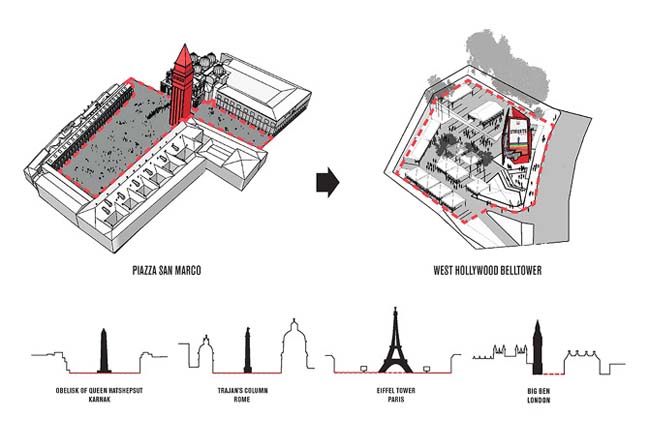 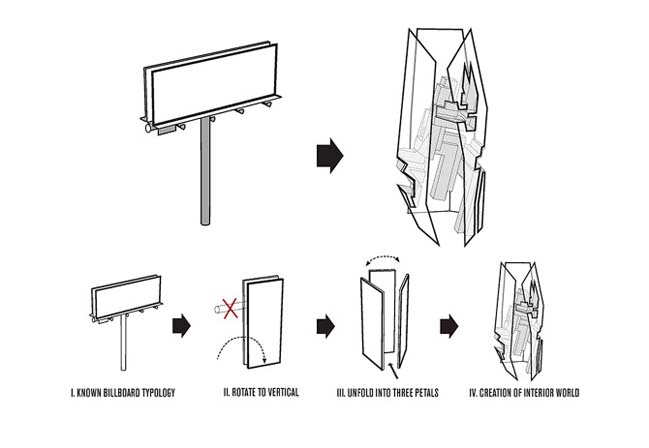 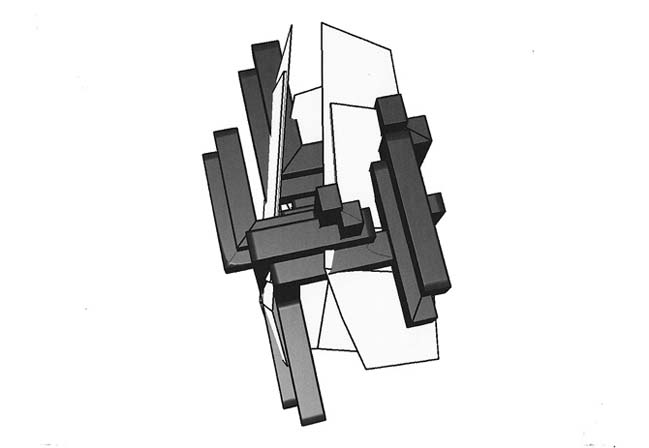 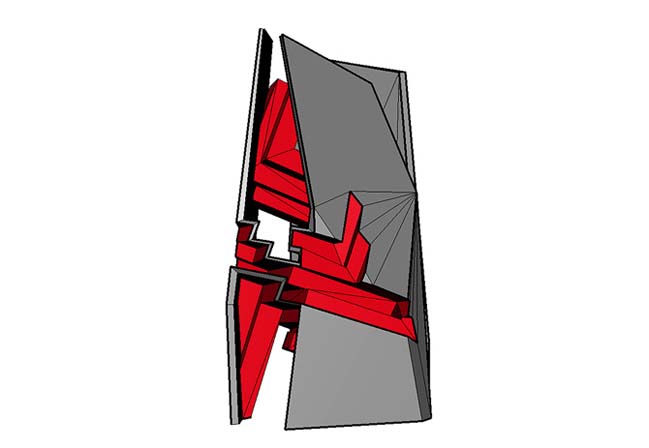 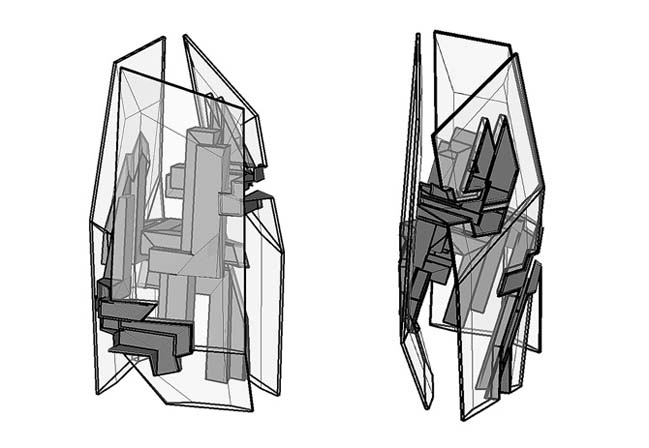 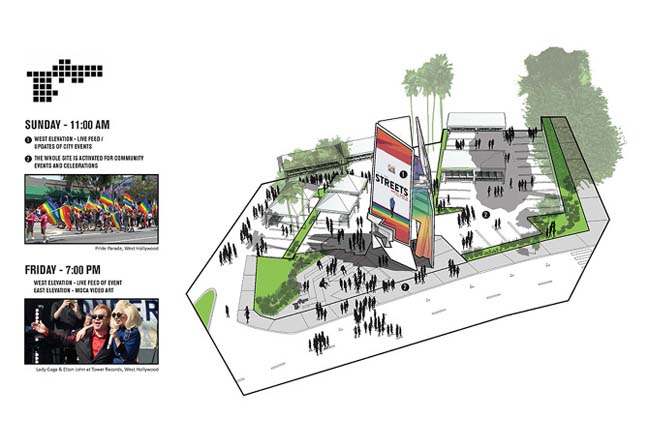 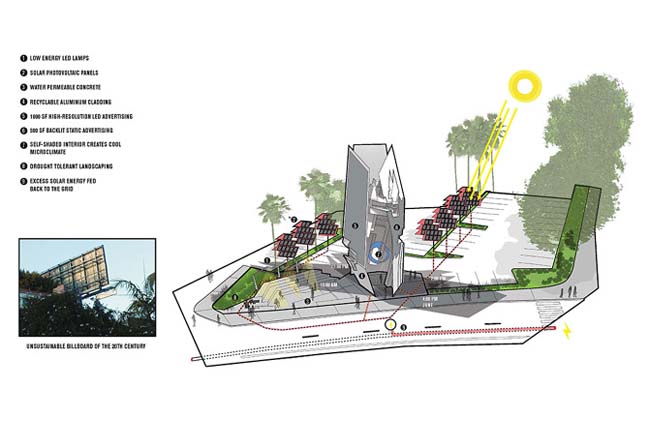 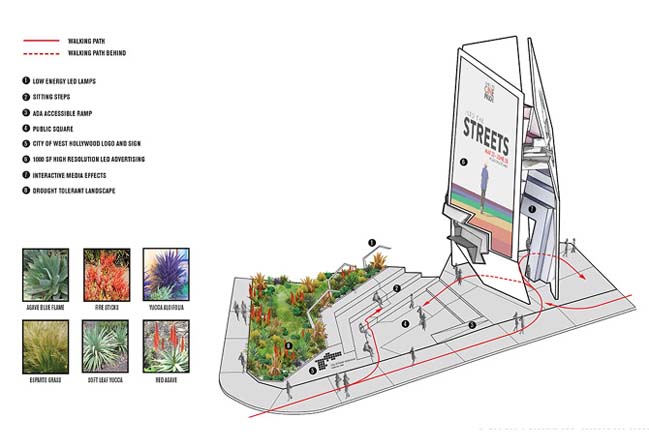 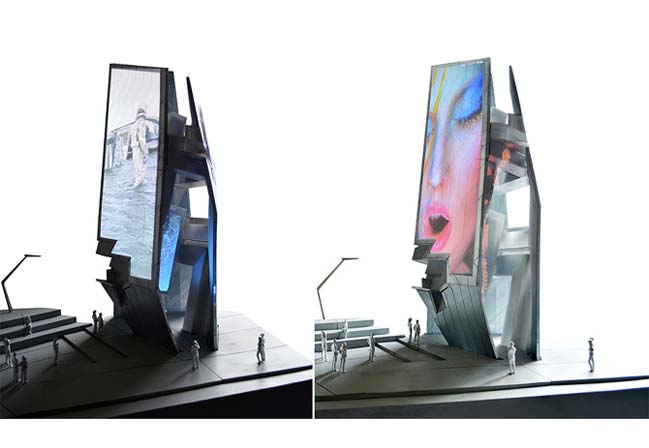 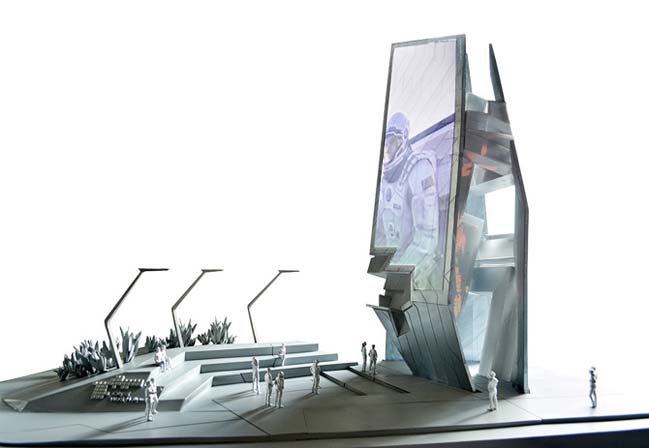