Torre Rosewood was designed by Jean Nouvel to create a tower that will present as a series of leafy green planes, terraces planted with the same species of trees as those in the Matarazzo park in Sao Paulo, Brazil. 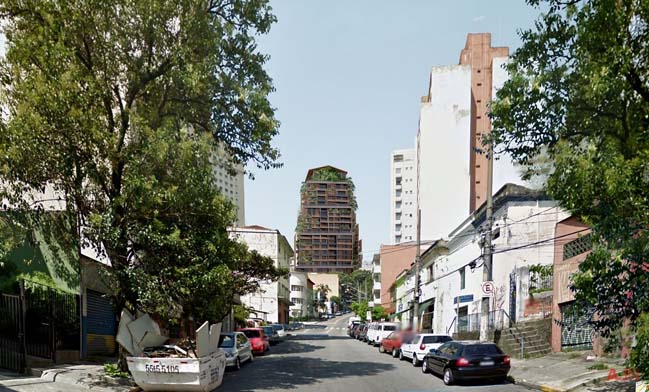 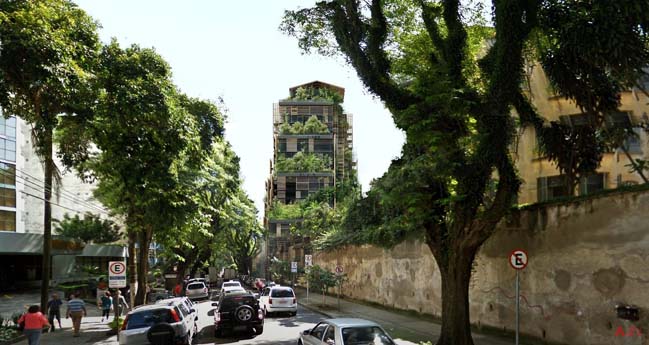 From the architects: Like a tree, a tower should have roots. It is part of a geography, a terrain, a topography, the soil, a specific geology. As an expression of the built environment, it is the easiest to read at a distance. The most important feature of the site we will be building on here is that it borders Matarazzo Park, so it’s perfectly positioned to become an extension of the park. The tower will present as a series of leafy green planes, terraces planted with the same species of trees as those in the park. The architecture and the materials the residential structures will be made of belong to the Brazilian countryside, to Brazil, to the land of the redwood tree. This architecture will speak of the past, the present and the future. Of the past, since the scale and wood building techniques have spanned the centuries. Of the present, since we’ve consciously chosen to respect the scale and style of the dated – almost anachronistic – bricks and tiles of Cidade Matarazzo Hospital. And lastly, of the future, since it will flag the fact that living at height does not mean abandoning local materials, variations, or landscapes that have gently and knowingly accompanied the lives of many generations – quite the opposite: it means inventing the hanging gardens of Sao Paulo with luxuriant greenery and outrageously stunning views. This tower will show how medium- to high-rise apartment buildings can be instrumental in recapturing an art of living that’s capable of progressively defining Sao Paulo. Privacy will be protected through the use of open-work partitions, trees and bushes, and the fluctuating shadows created by orthogonal wooden geometries interlacing with sinuous branches and rustling leaves. 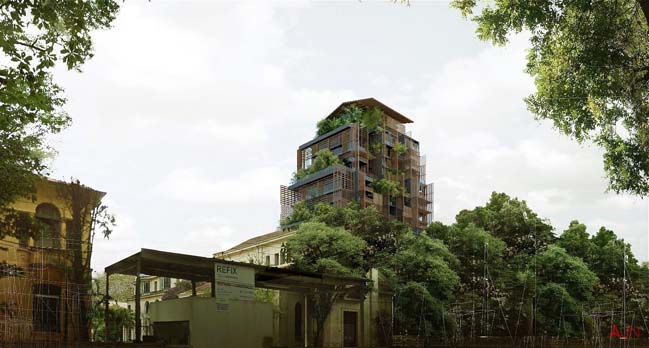 Matarazzo Park will have invaded a tower. Let’s make one thing clear. The park tower will be regal and welcoming – and it will be much looked at and envied. In its own distinctive way, it will say: follow me, live in style. Around Matarazzo at first, then a bit farther afield, trees will begin to mount their assault on the city. 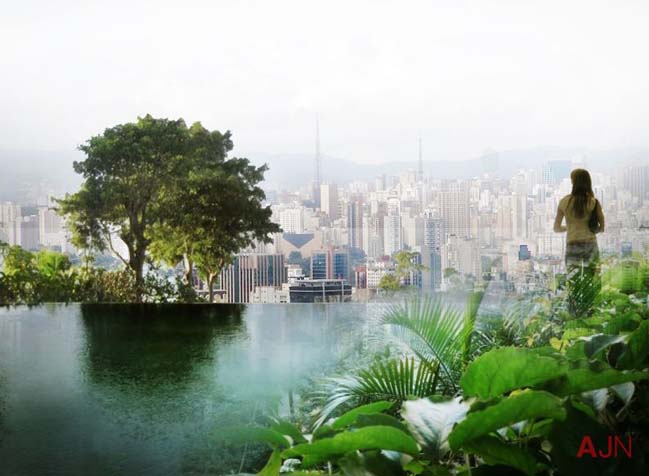 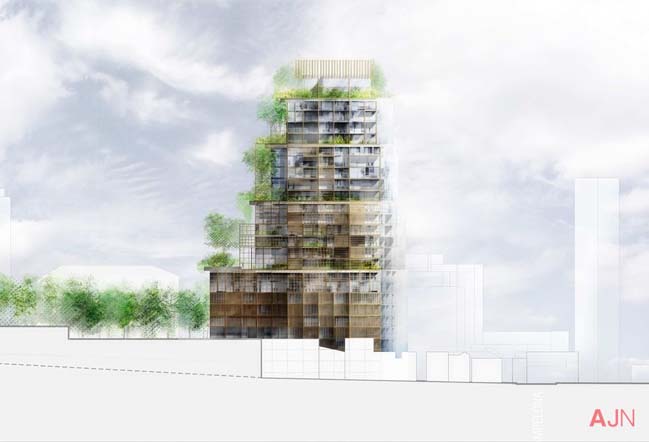 05 / 26 / 2016 Torre Rosewood was designed by Jean Nouvel to create a tower that will present as a series of leafy green planes, terraces planted with the same species of trees as...

Recommended post: Unique wooden architecture of the Institute in Cambodia