The main project idea is integration the life of the city into the memorial creating a public and barrier-free space for people... 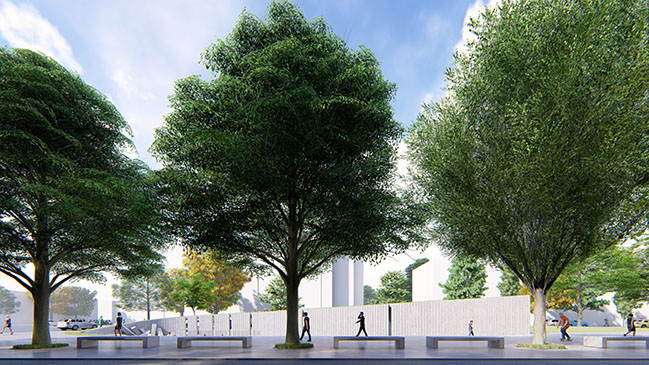 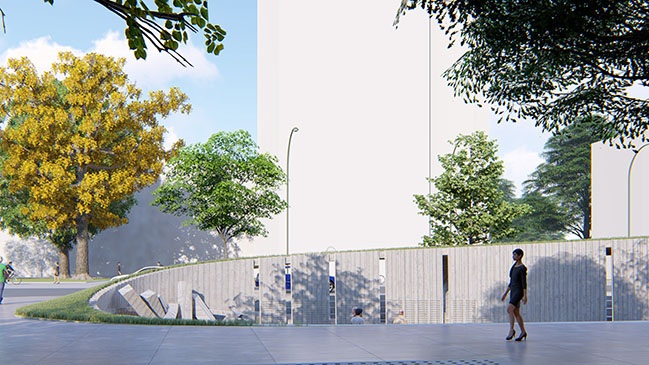 From the architect: The main project idea is integration the life of the city into the memorial creating a public and barrier-free space for people. The monument doesn’t have a high-level accent. It deepens two meters under the ground level and rises above it equally at two meters level. Thus, the standard of the typical monument of the Soviet era that has been popularised in Ukraine is rejected. The crater created by the memorial symbolises the scar on the city body and reflects the footprint that of Ukraine’s territory invasion. 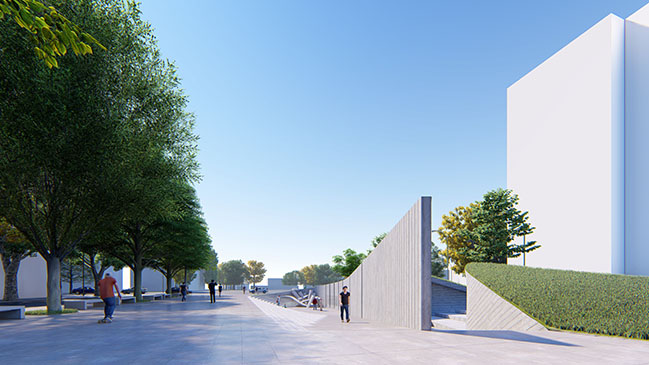 The monument offers people not only the opportunity to remember the losses but also to find other people standing nearby. Space emphasises that the city must unite, communicate and create new Ukraine together. The monument shows the value of human life and engraves loss in the memory of the town. The memorial area is divided into three zones: the memorial itself, the underground passage, and the pubic area. 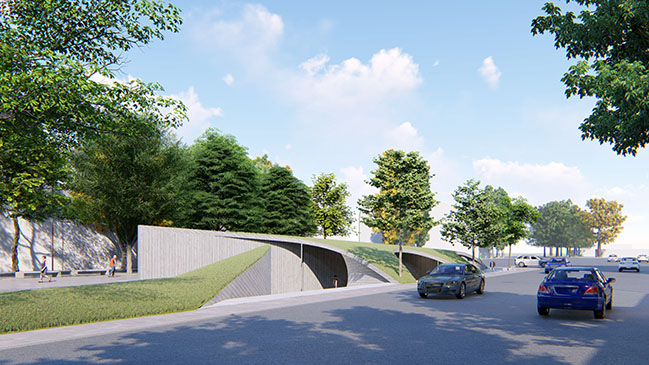 Inside the semi-closed monument, the visitor concentrates their thoughts on the events that interrupted the lives of warriors whose names are displayed on the wall. In the middle of the abyss, visual communication with the environment is lost. Below the ground level, the monument mutes ambient sounds, thereby stimulating our auditory perception and concentrating it on more important things. The memorial is easily accessible due to the ramp and wide stairs. Staircase and wall are made of concrete and formed by rough formwork. Metal nameplates of warriors are displayed on the wall. 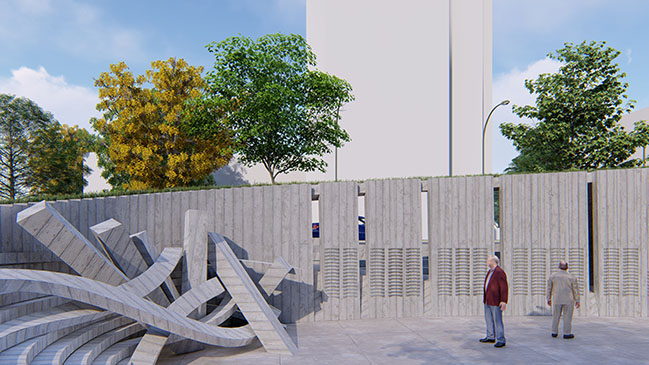 On the other side of the wall, there is a public space where you can sit, relax, chat with friends, and have a snack at lunch.

The memorial could destroy the shortest path through the square. Therefore, it was decided to create an underground passage formed by a ramp and passing through the public space of the monument. 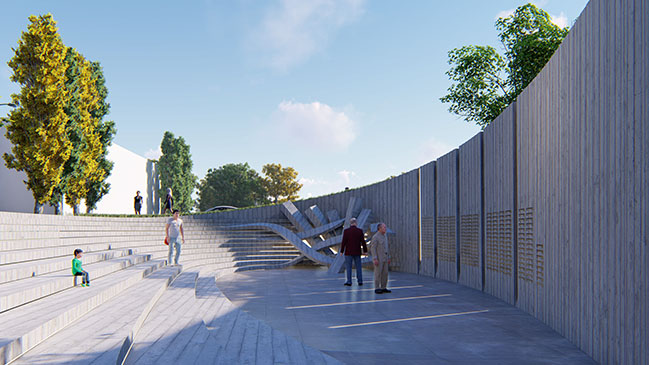 Vertical articulations of the concrete wall symbolise at the same time the currents of life and the fate of defenders among other people through the geometry transformation of the joints from linear to a complex dependence, which forms a visual clot and a semantic nerve of the memorial. 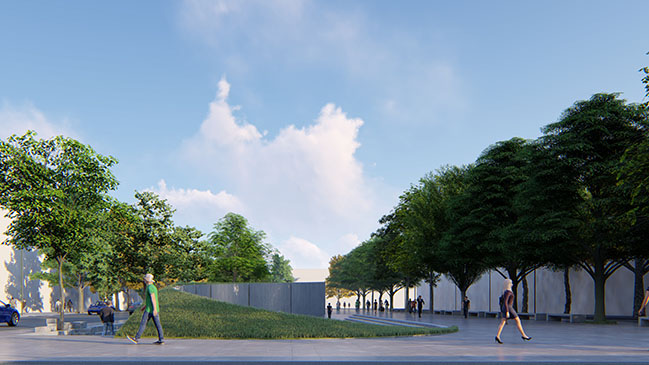 The recess and the wall create a noise curtain for those inside the memorial. The noise is concentrated and directed to the visitors through the openings in the wall. It works as a psychological influence. The sounds of cars, people, steps are passing through the cracks. The noise is amplified by the stone flooring in the underground passage that creates the effect of loud steps in the hallway. People who have come to pay homage to the warriors perceive the ambient noise quite differently. Visitors hear the sounds of city life behind the wall as if behind the backs of thous whose names are written on it. If not the sacrifice of these brave people, these sounds might not have existed. 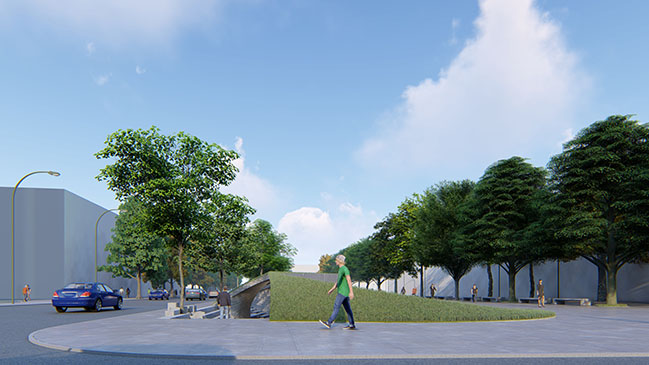 YOU MAY ALSO LIKE: M17 Contemporary Art Centre Rethinking by Dmytro Aranchii Architects 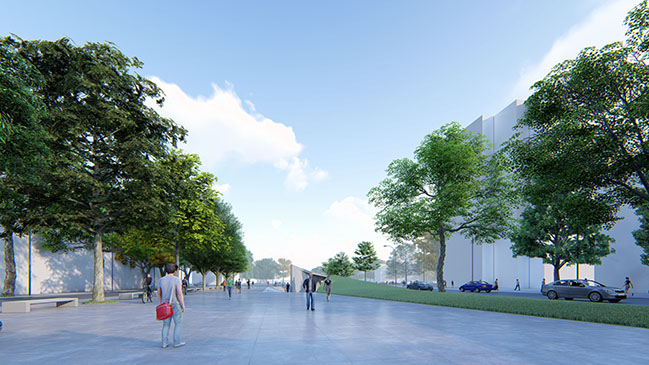 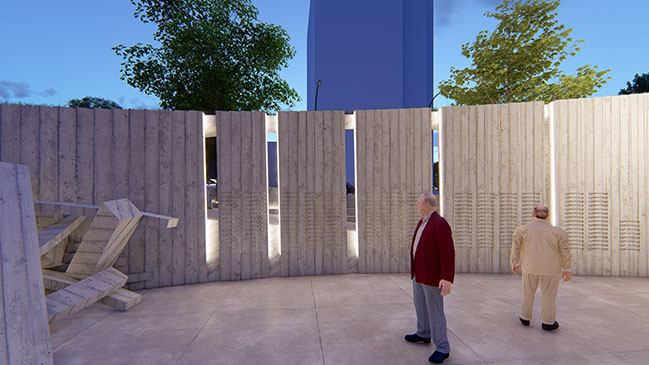 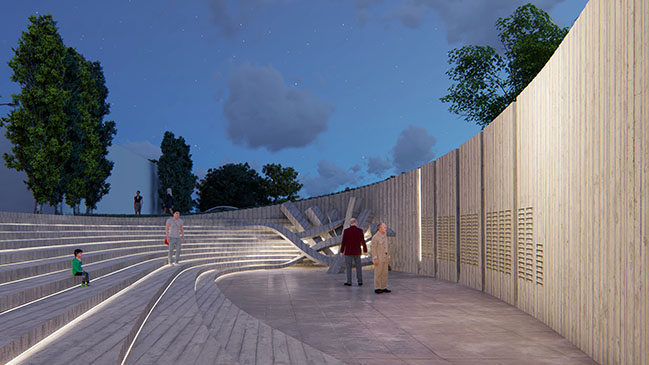 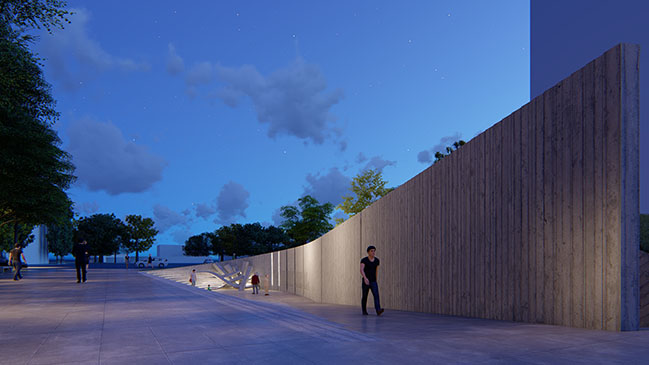 YOU MAY ALSO LIKE: After Architecture Designs Camp Barker Memorial in Washington 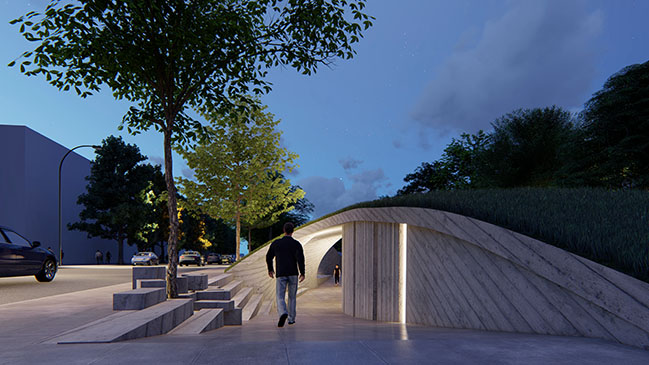 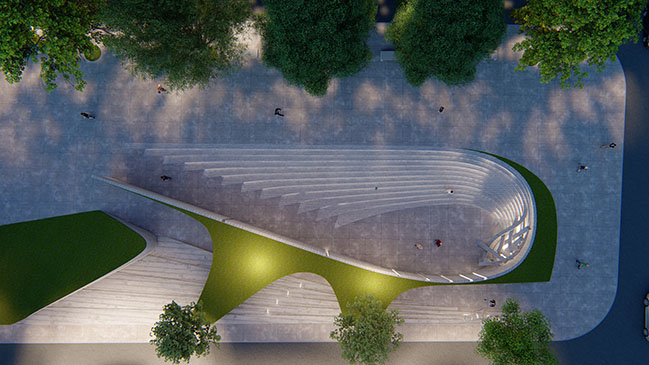 YOU MAY ALSO LIKE: Queensland Police Memorial by UAP 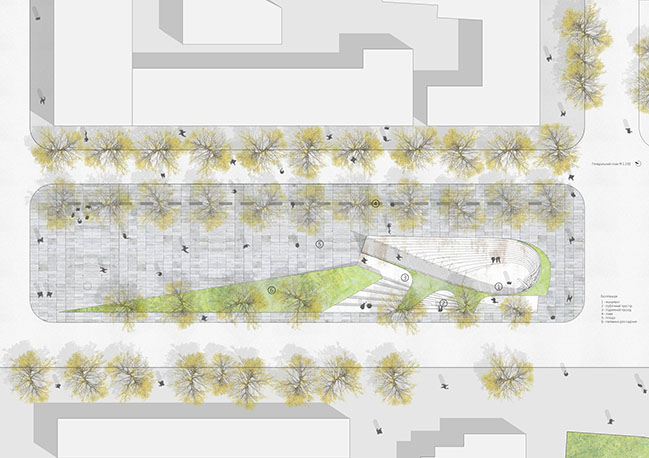 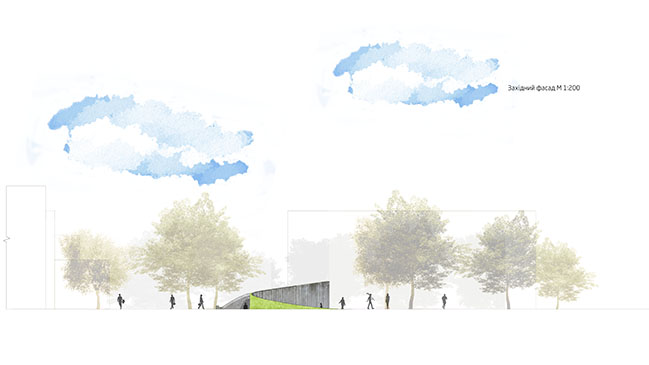 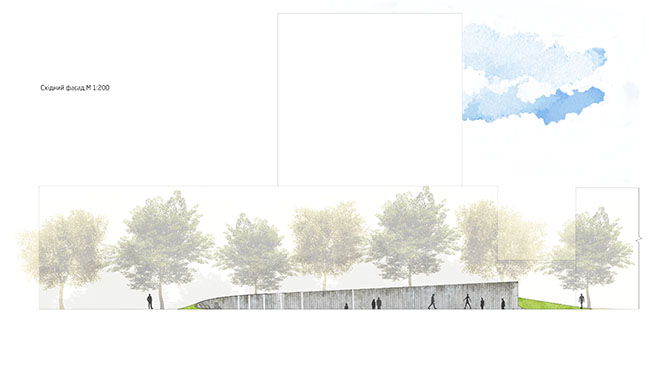 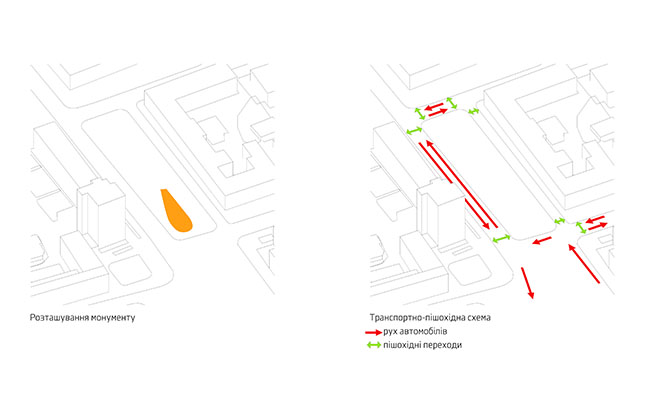 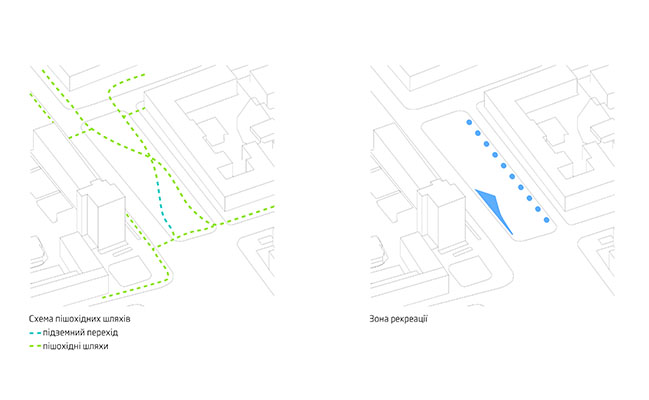 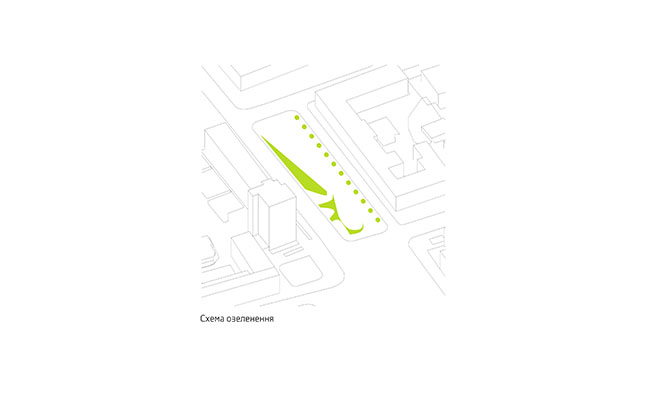 04 / 01 / 2020 The main project idea is integration the life of the city into the memorial creating a public and barrier-free space for people...