MAD Architects has won an international competition to realize the Yiwu Grand Theater in Yiwu, China. 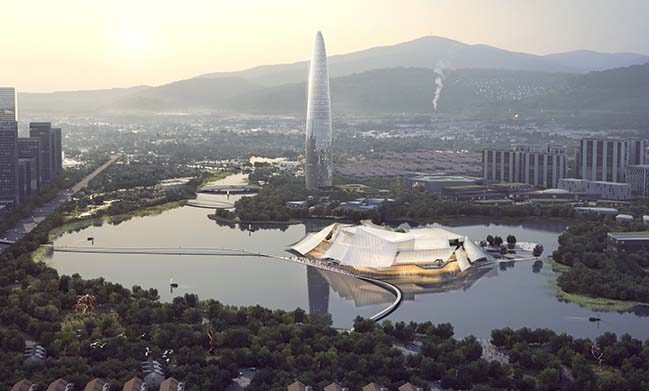 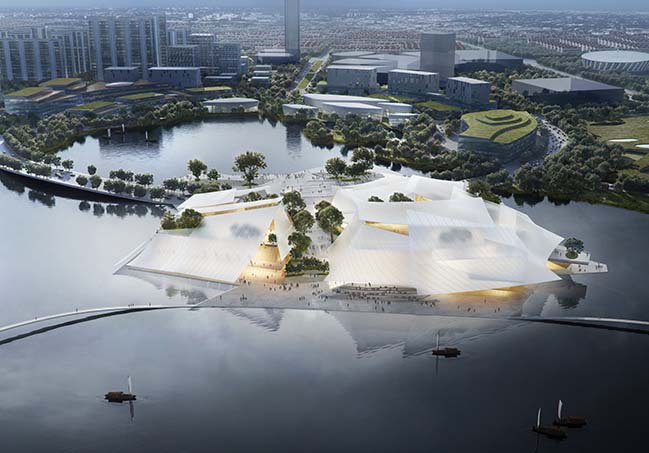 From the architect: Yiwu, in China’s Zhejiang province, has established itself internationally for its strong economy, as the world’s largest wholesale commodities market. Domestically, it is traditionally known as a city of trade, thus making it an integral part of the country’s ‘Belt and Road Initiative.’ While being a hub of growing international commerce, the city decided in 2018 that it would focus on culture to further elevate its soft power, and hosted an international competition to design the ‘Yiwu Grand Theater.’ MAD Architects, led by Ma Yansong, competed against four other global architecture firms, coming out ahead of Arata Isozaki & Associates, Atelier Christian de Portzamparc, GMP, and KDG, to secure the project. 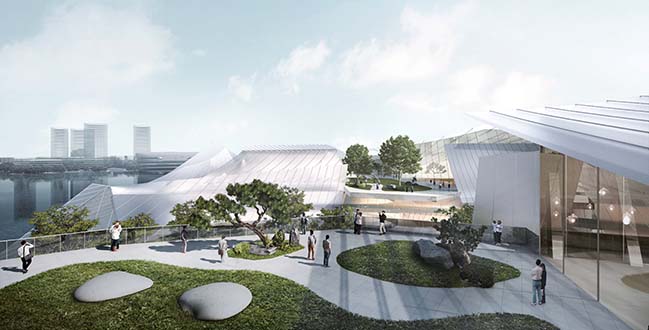 Located on the south bank of the Dongyang River, the ‘Yiwu Grand Theater’ encompasses a grand theater (1600 seats), medium theater (1200 seats), and international conference center (2000 person capacity). Positioned with the mountains in the distance as its backdrop, and the water as its stage, MAD’s design responds to its locale, and appears as a boat, floating on the river. It is defined by a layering of glass sails that are reminiscent of the Chinese junks that once transported goods across the waters, while their subtle curves echo the Jiangnan-style eaves of the ancient vernacular architecture that is typical of the region. The transparency and lightness of the glass express the texture of thin, silky fabric, creating a dynamic rhythm that makes them appear as if they are blowing in the wind. They act as a protective canopy around the building, resonating with the river, elegantly floating above the water’s surface, setting a romantic atmosphere. 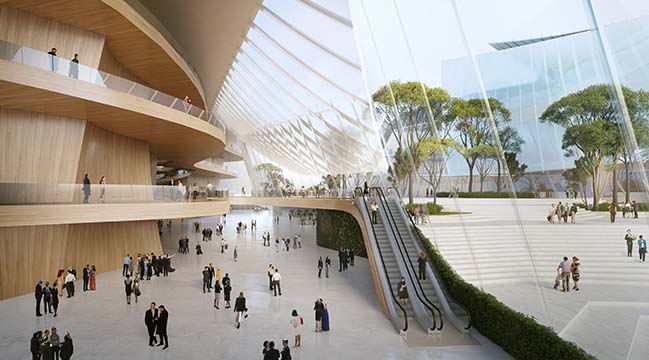 To reduce overall energy consumption, MAD has conceived the theater with a passive solar design. Thus, the semi-transparent glass curtain wall has been developed to not only act as a shading system, but to also optimize the use of natural light within the indoor public spaces, forming a solar greenhouse effect in the winter. In the summer, it serves as the ventilation system, enhancing airflow circulation inside and outside of the building. 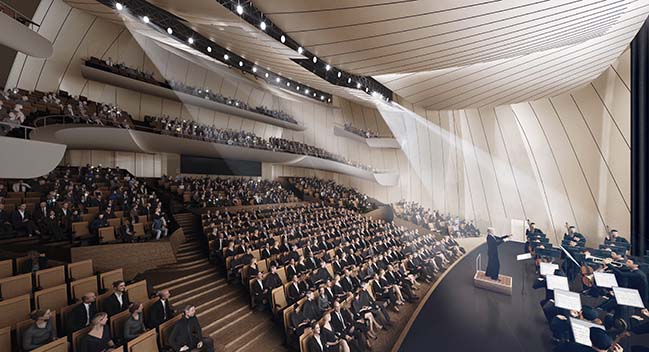 Envisioned as a public space for the city, the ‘Yiwu Grand Theater’ is easily accessed from all directions. Vehicular transportation can enter from the south shore, while tree-lined foot bridges from the north offer pedestrians the opportunity to meander along the water and enjoy views of the city, theater, and greater waterfront as they approach the building. Emphasizing public interaction, the scheme features an amphitheater and large open plaza that extends into the water on its southern edge, while landscaped terraces offer elevated views of the site’s surroundings, and areas of quiet contemplation – an immersive natural experience in the urban context. 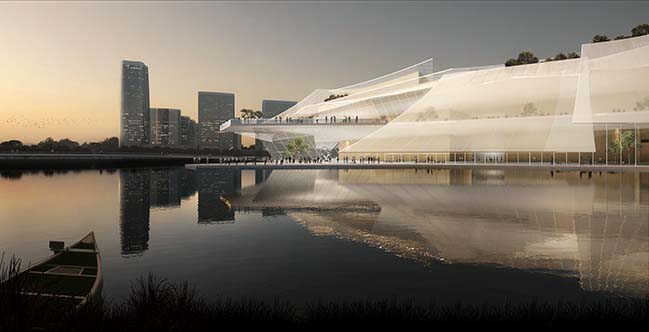 The ‘Yiwu Grand Theater’ has been designed as a monument for the city, that will serve to connect inhabitants to the waterfront from a new perspective. In its completion, it will stand as a world-class venue that will attract visitors from around the globe, putting Yiwu on the map as a cultural destination. Construction on the ‘Yiwu Grand Theater’ is expected to begin in 2020. 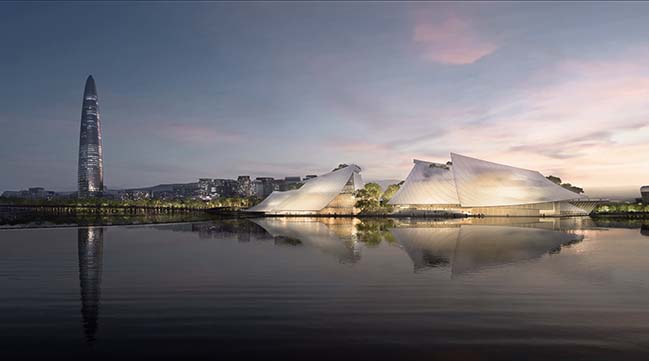 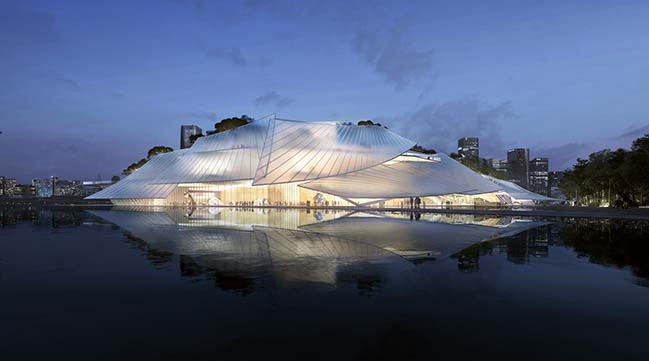 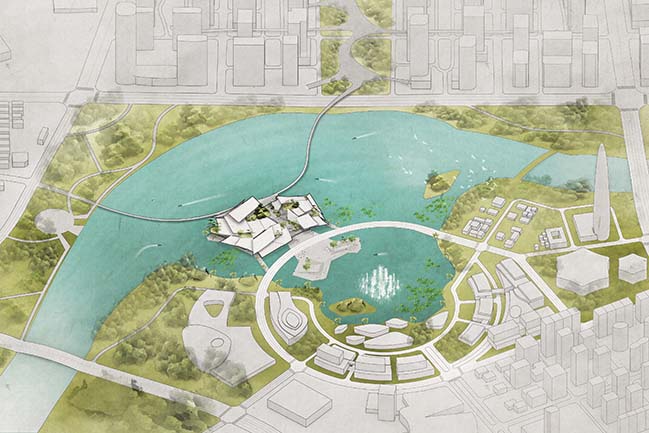 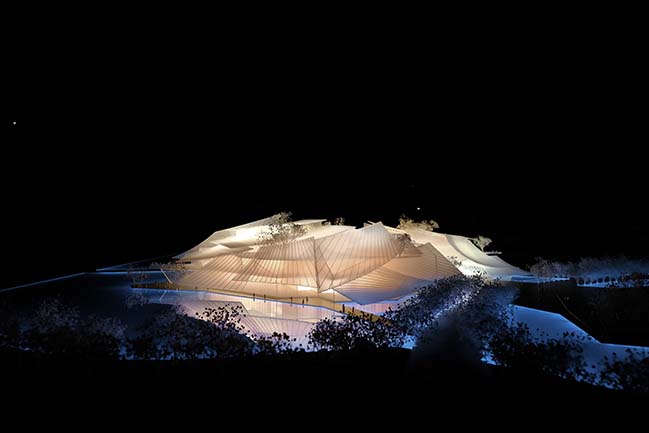 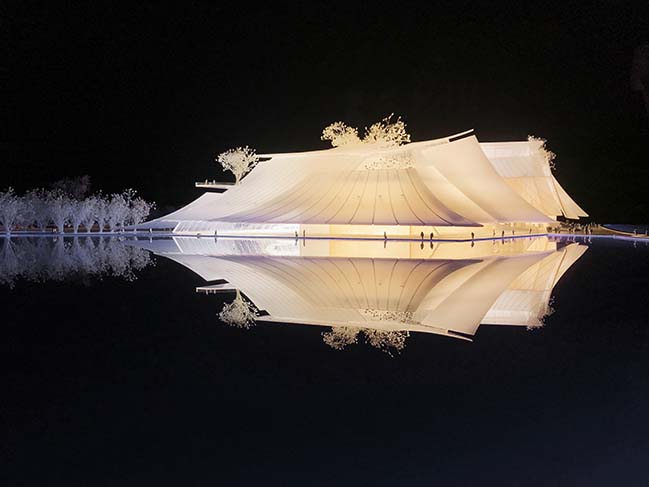 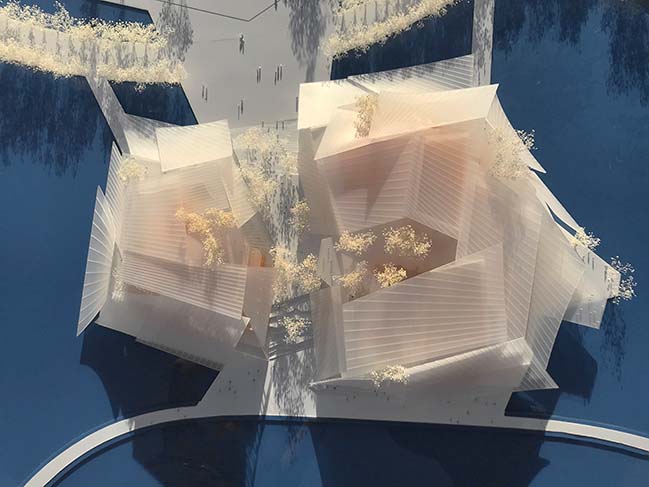 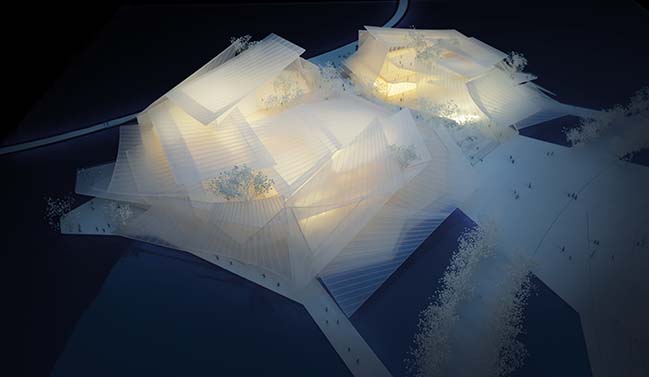 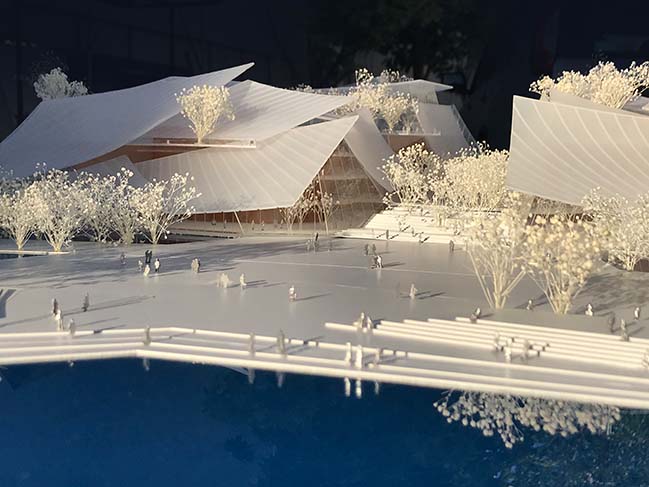 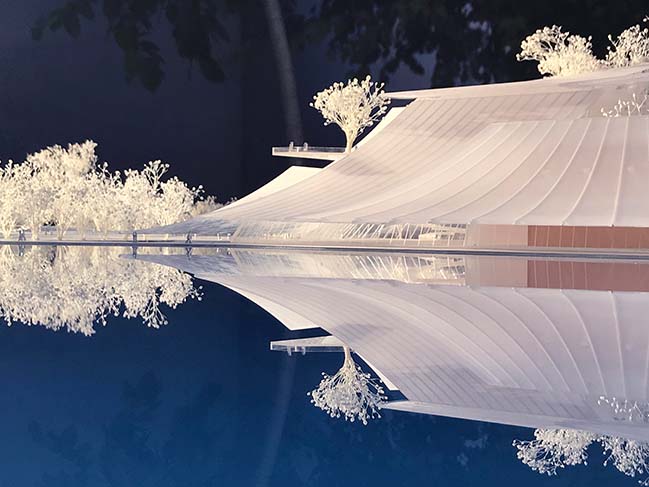 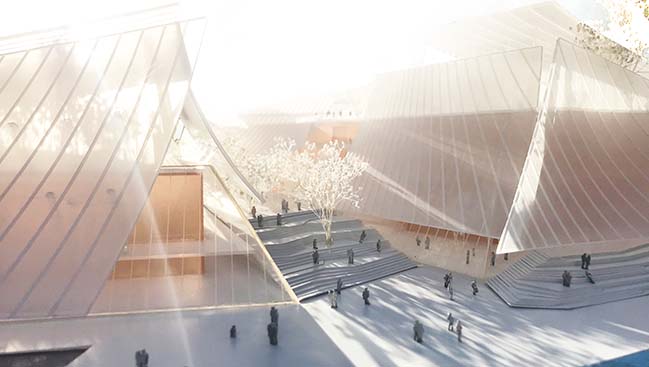 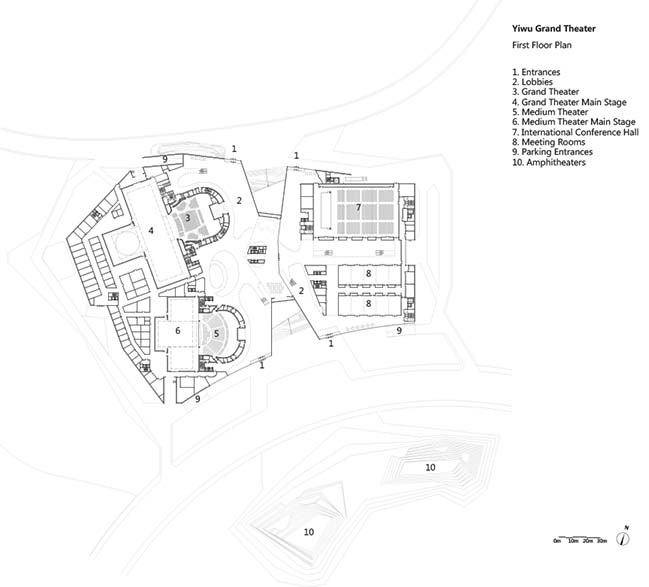 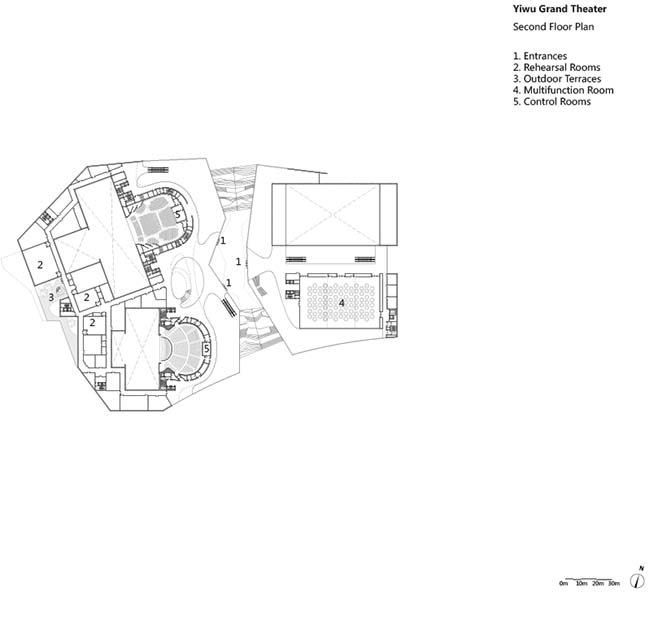 06 / 27 / 2019 MAD Architects has won an international competition to realize the Yiwu Grand Theater in Yiwu, China