Designed by Foster + Partners, the Zayed National Museum is a beautiful futuristic architecture that Conceived as a monument and memorial to the late Sheikh Zayed bin Sultan Al Nahyan. 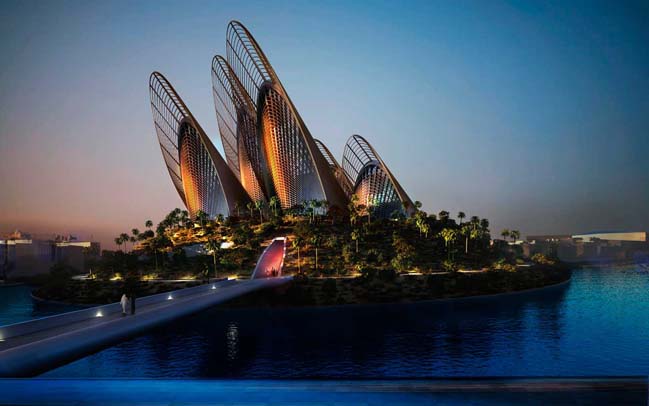 Follow the archtiects: The founding president of the UAE, the Zayed National Museum will be the centrepiece of the Saadiyat Island Cultural District and will showcase the history, culture and, more recently, the social and economic transformation of the Emirates. Architecturally, the aim has been to combine a highly efficient, contemporary form with elements of traditional Arabic design and hospitality to create a museum that is sustainable, welcoming and culturally of its place. Celebrating Sheikh Zayed’s legacy and love of nature, the museum is set within a landscaped garden, based on a timeline of his life. 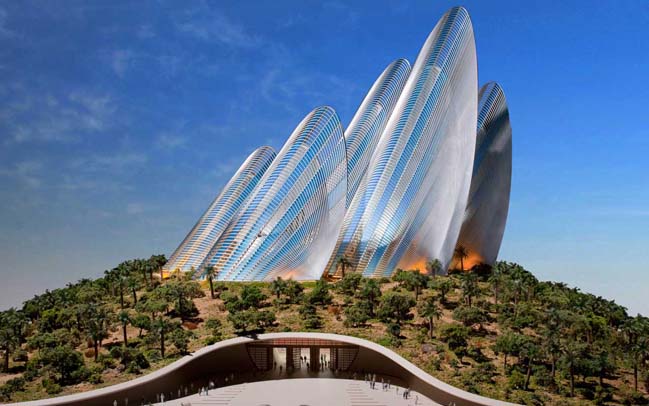 The galleries are housed within a plinth, whose triangulated form is an abstraction of the topography of the Emirates. Above this rise five lightweight steel structures, sculpted aerodynamically to act as solar thermal towers. The heat at the top of the towers works to draw the air up vertically through the galleries due to the thermal stack effect. Air vents open at the top of the wing-shaped towers taking advantage of the negative pressure on the lee of the wing profile to draw the hot air out. Fresh air is also captured at low level and drawn through buried ground-cooling pipes and then released into the museum’s lobby. 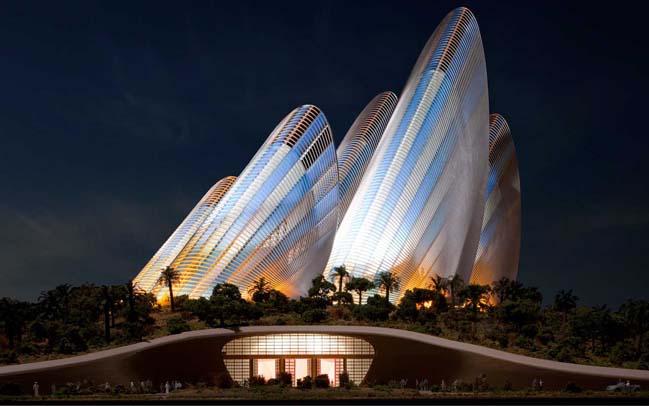 Balancing the lightweight steel structures with a more monumental interior experience, the galleries are anchored by a dramatic top-lit central lobby, which is dug into the earth to exploit its thermal properties and brings together shops, cafes, an auditorium and informal venues for performances of poetry and dance. 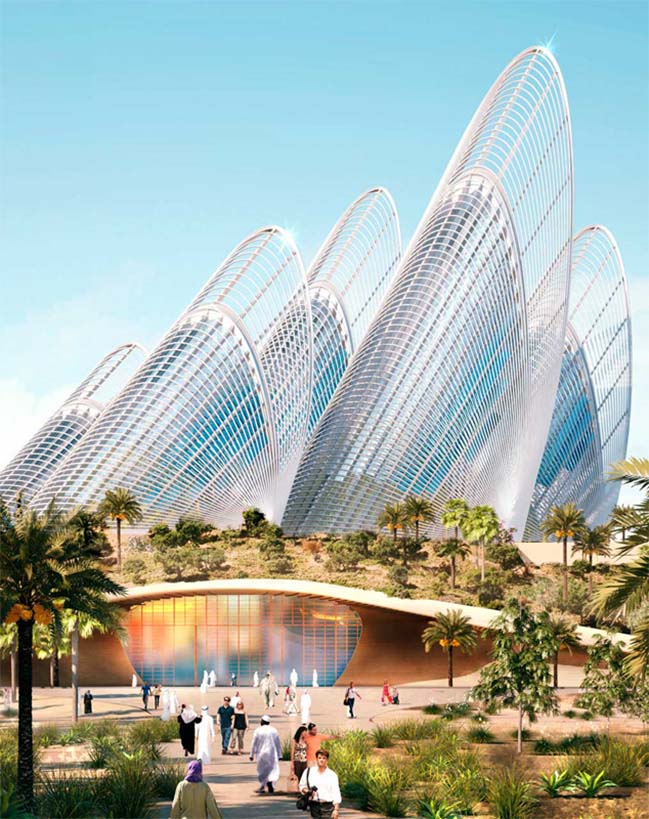 Throughout, the treatment of light and shade draws on a tradition of discreet, carefully positioned openings, which capture and direct the region’s intense sunlight to illuminate and animate these interior spaces. Objects are displayed within niches and on stone plinths that rise seamlessly from the floor. 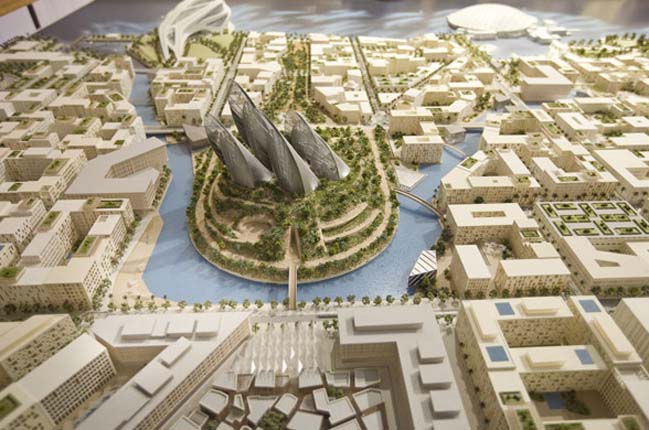 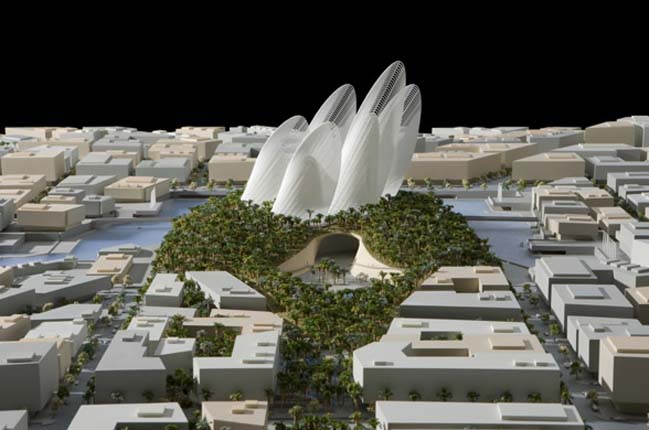 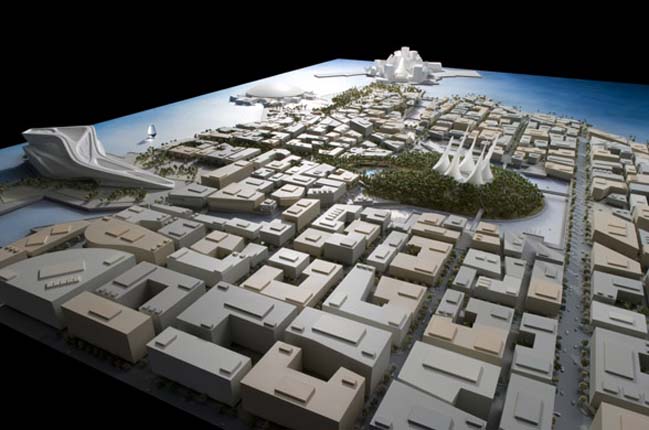 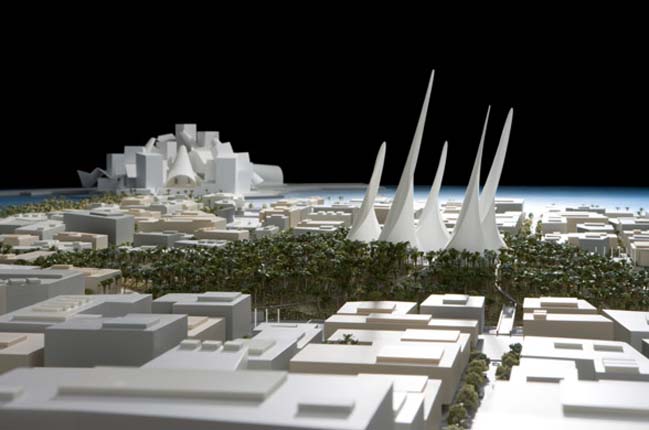