Completed in 2015 by Perkins+Will. Shanghai Natural History Museum is one of the largest museums for natural history in China 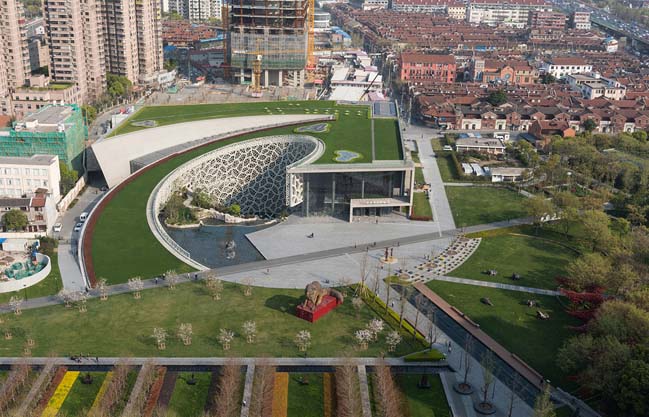 Follow the architects: The museum sits on an urban site, adjacent to a proposed sculpture park. The shape and internal organization of the building are inspired by the form of the nautilus shell. A spiraling grass-covered plane rises out of the sculpture park and wraps around an oval pond. The pond is the central visual focus of the exhibition route through the building, which begins at the upper level and spirals downward. 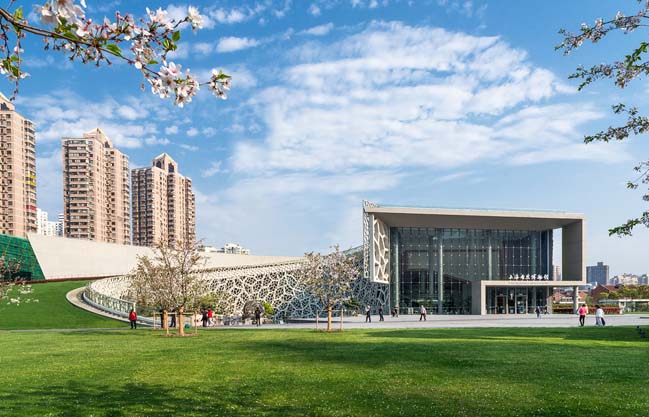 The three main façades of the building also express the message of the exhibits. The structural network and sunscreen that lines the curved inner face of the building is both an abstraction of patterns found in traditional pavilions and a suggestion of human cell organization. 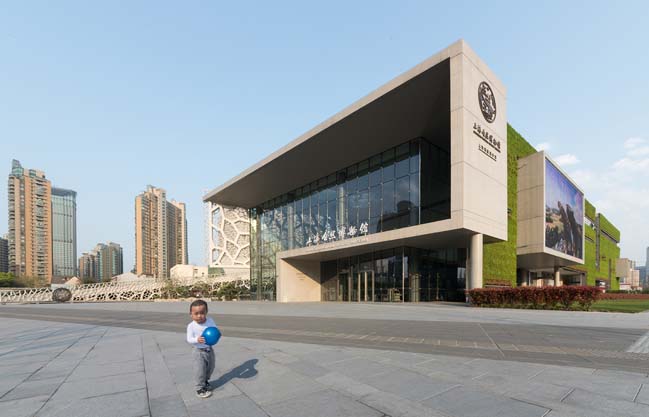 The north wall, which is the group-entry façade along the bus drop-off, suggests the shifting of tectonic plates. The south wall is a living wall plane composed of a metal trellis covered with vines. It brings the horizontal plane of the park onto the vertical surface of the structure forming an arcade and representing the vegetation of the earth's surface. With the natural landscape groupings, these features focus our awareness on the fundamental elements of the natural world: plants, earth, water. 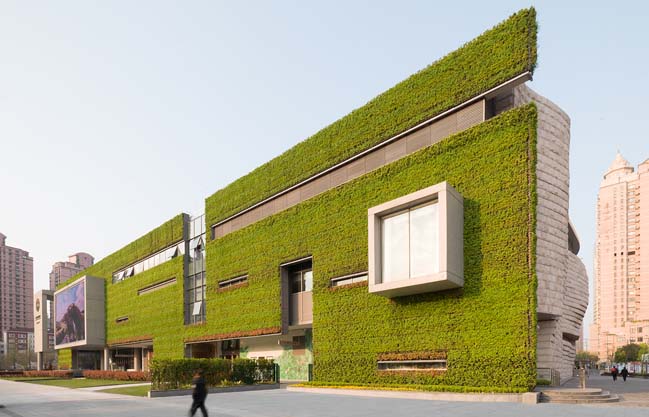 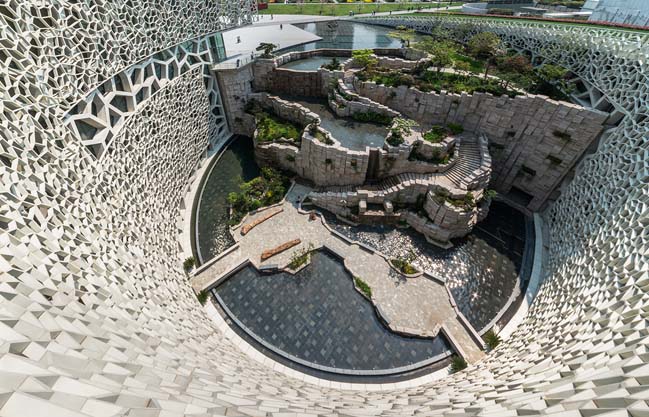 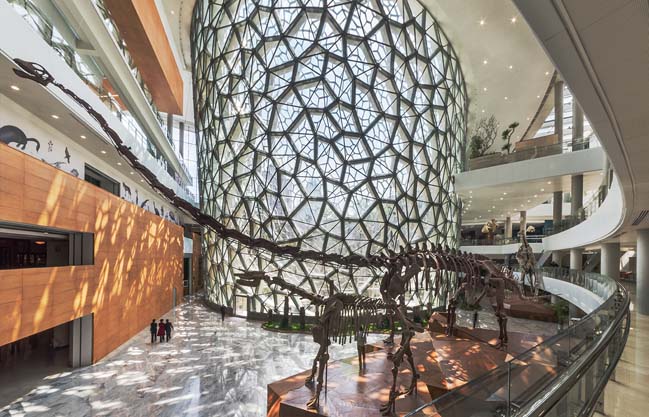 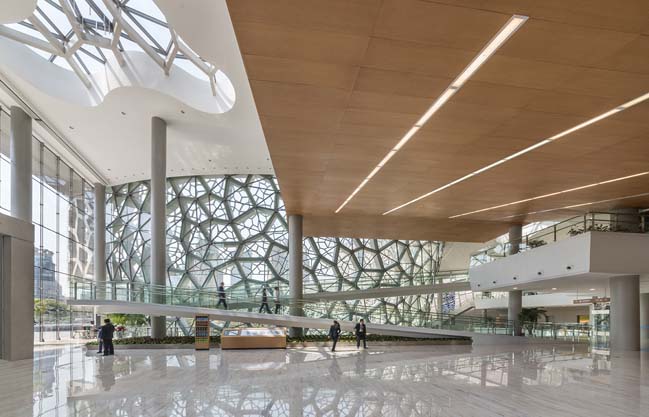 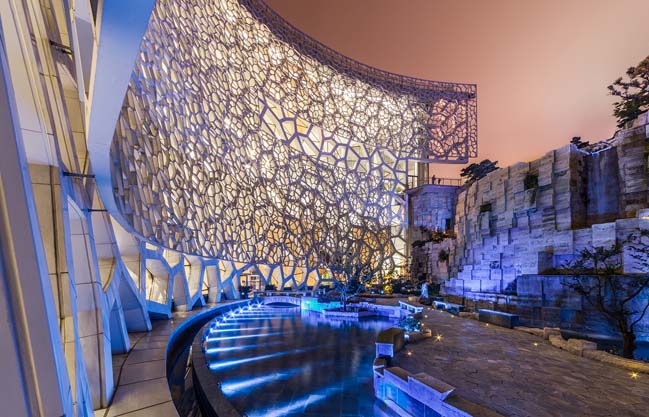 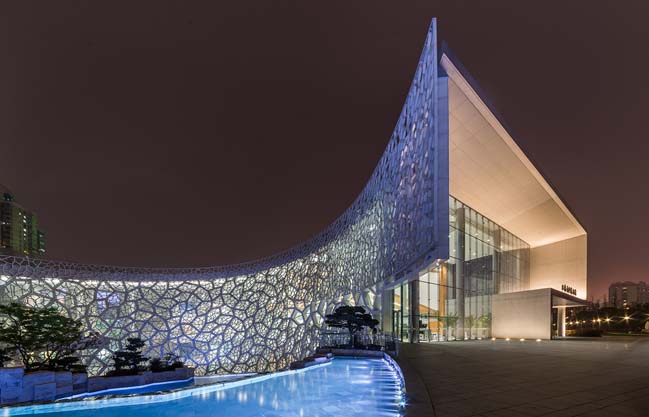 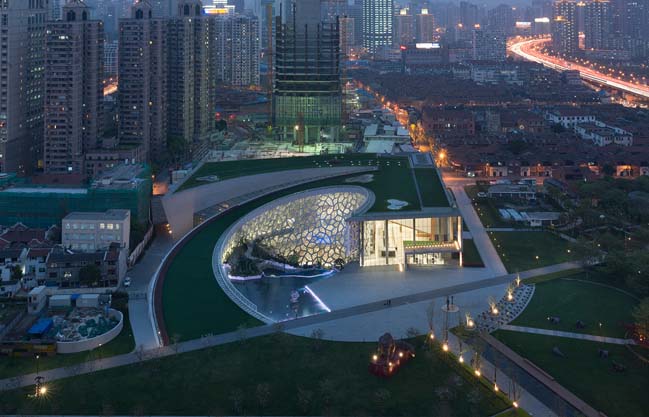 04 / 29 / 2015 Completed in 2015 by Perkins+Will. Shanghai Natural History Museum is one of the largest museums for natural history in China