This home is a paradigmatic case of the urban and real state transformation that has been sweeping over the city and especially through this neighbourhood in the recent past. 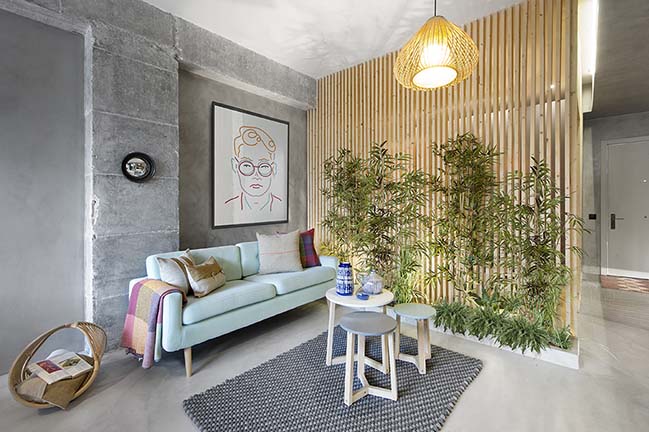 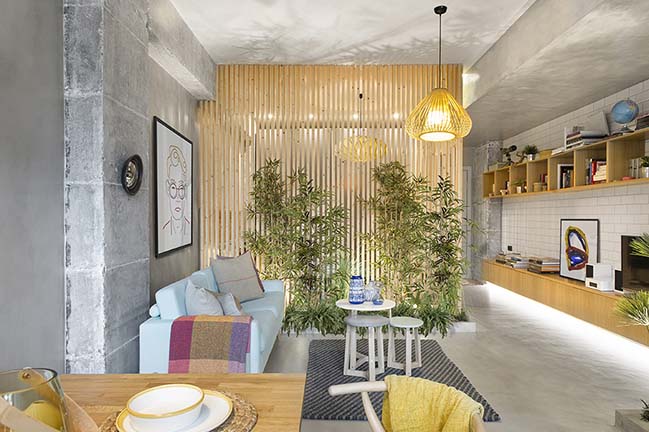 From the architect: “Devide and Conquer” said Julius Cesar in Rome, and it is also what the less belligerent Barcelona´s real state promoters think when faced with the challenge of converting former industrial spaces at @22 district towards their residential use. 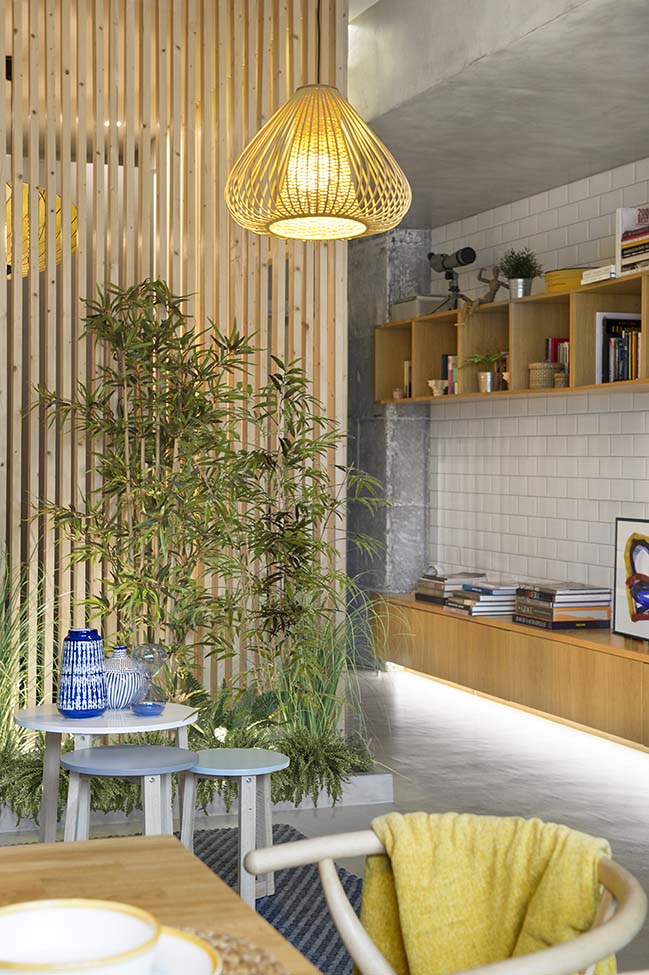 The industrial buildings and warehouses at Poble Nou offer “open plan” possibilities, natural light and ventilation in a spot that, as the city grows, is progressively becoming ever so centric. The only thing that even today prevents their square meters from reaching their maximum profitability as an investment would be maybe and precisely, their excess when compared to those strictly necessary for living. The operation that most property owners looking to rent out these spaces is therefore: horizontal division. 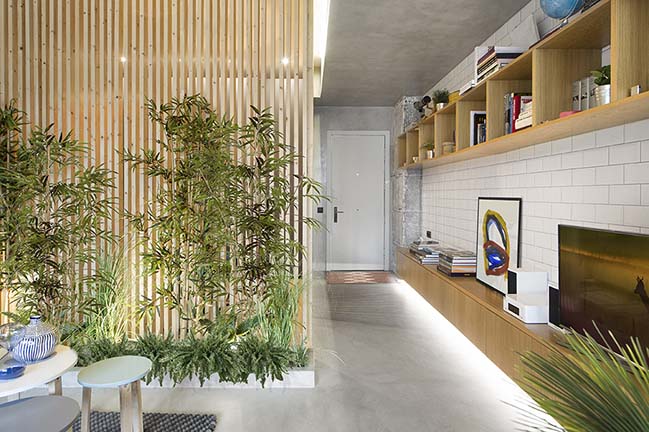 This home is a paradigmatic case of the urban and real state transformation that has been sweeping over the city and especially through this neighbourhood in the recent past. A housing unit that wasn´t such a short while ago and ended up becoming three. A space where workmates used to align themselves one next to the other, indistinctively and endlessly along great window panes and under large industrial fluorescent lights; a place where today, instead, various and differentiated ambiances alternate, providing each of them refuge, intimacy and relax for “ever-singles” or “life-mates for life”, over beds and tables where they fabricate nothing less than their personal history, their most private day-to-day relationships, their dreams and nightmares, and also, a chapter, always tragicomical,  of their lives. A place, that just like any other home, is the stage where the least public of our stories take place. A scenario for a choral story which diversity of main characters has required it to be divided, just like theatre plays, in acts.  Over this stage we managed to fit three. 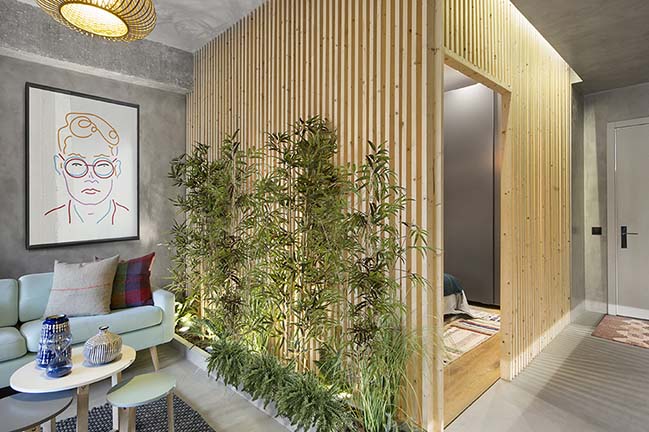 2nd Act:
Ever since she left home for college, she´d lived alone and within a few square meters. Now, that she could afford it, she didn´t exactly want to rent a mansion with a north and a west wing, but could certainly use some extra space. It was finally time to leave behind those typical “studio-apartments” that forced her to sleep in the living, seat all guests in her bed and to eat in the kitchen. 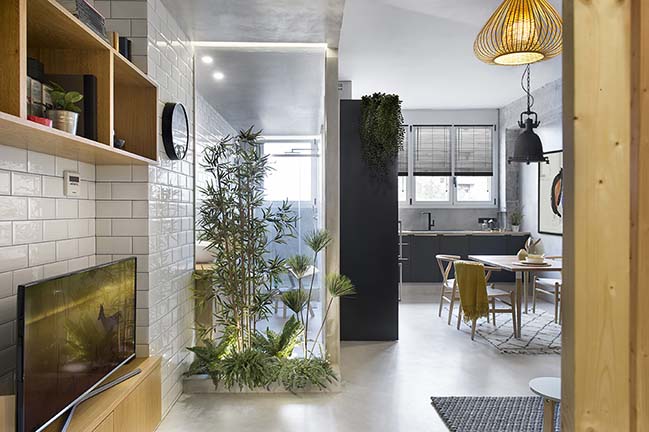 Her new position in that very trendy Start-up at Barcelona´s 22@ district allowed her all time flexibility that far commuting could require. Living close to the workplace, however would always come in handy, specially, if “work” was located in a youthful neighbourhood, halfway between the city centre and the beach, and was packed with trendy bars and nice little shops. She saw herself, immediately, surfing Poble Nou´s tile-paved sidewalks over her electric long board on her way, fashionably late, to a meeting. She liked what she saw… 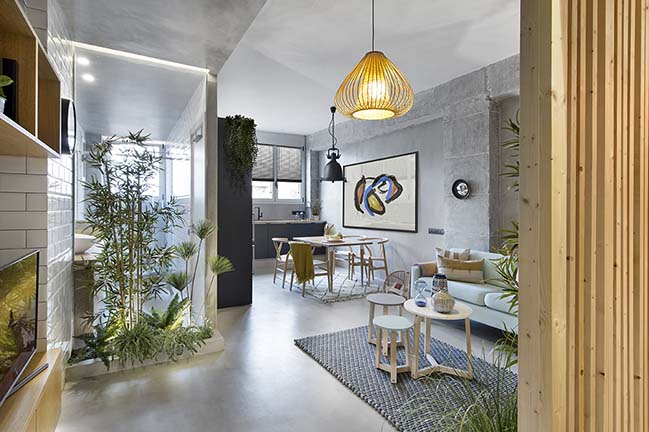 When she spotted the ad, stating the apartment´s square meters and description, she thought all those images bared, among other, lots and lots of Photoshop. When she had a chance to visit, however, she changed her mind, and came to think that even though the bedroom was effectively separated from the rest, she would hardly feel trapped inside as she could always see the living room, the kitchen and its huge window, through the vertical pine shutters and the interior hedgerow garden filled with evergreen ferns and bamboos. Pretty much the same happened with the toilet: no one wouldn´t call it “huge”, but the whole of the apartment benefitted from the light coming through that crystal wall. A transparent partition, certainly indiscreet, but something she thought, she could definitely grow used to, without a problem, if not, with a venetian blind that allowed for “selective decency” every now and then. So far, she felt enticed by the thought of being able to see shirtless Fer, shaving himself, from the living room next time he came over for the weekend. Fer himself, was keen on the apartment for similarly voyeuristic reasons, but this was hardly what he liked the most. To have a proper table, or a dining room, was something he missed a lot. He did share a flat in London, and carpeted bathrooms aside, what he hated the most about his shared apartment in Mile End, was having to eat, always, in that tiny bar within that suffocatingly small kitchenette.  No matter what he ate, there, everything will feel like breakfast. First time he was to go down and visit her then, he would therefore bring a pile of nice tablecloths and 2 full sets of tableware to use for the first time when having someone over to dine. They still had time to decide who to invite. But it would need to be someone, however, “with an appetite”, since she wasn´t planning on missing a minute of the sunshine that bathed over that generous butcher´s block kitchen worktop. She pictured herself taking out, every now and then, tasty little treats from that superb stainless steel, hood matching fridge, finally of a decent size. 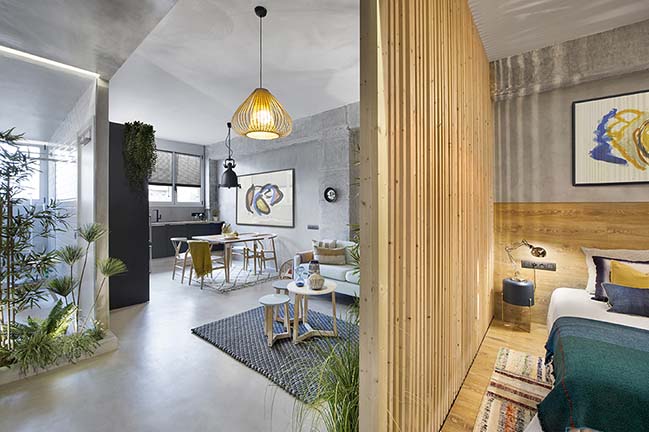 -Fancy a “limoncello”, Dad? – she heard herself saying and knew immediately who were they to invite and what they were to “announce”. Right after, most probably, the “guys” would crash in that little Scandinavian couch, or watch the game in the living while she, and her mother, went through the dress, the guest´s list, the ceremony details and the flower arrangements. ¿ would it be too tacky to include in their wedding list the latest video console Fer had felt enamoured with lately? Yes! Perhaps, asking for bigger TV, a leather binded collection of literature classics, or some nice original art piece to decorate the solid oak shelving unit running from the very entrance to the living room, was definitely more appropriate or “adult”. The rest will need to fit, up until the moment they moved to a bigger place where they could “raise a family”, in those built in cupboards with anthracite grey door fronts matching the nightstand tables in the bedroom. Over those, she would leave, every night while she dreamed off a busy day at the office, an open book, her contacts, the very necessary earplugs, her charging mobile, the wrist watch, a set of earrings or a pretty necklace that was too heavy to sleep with. 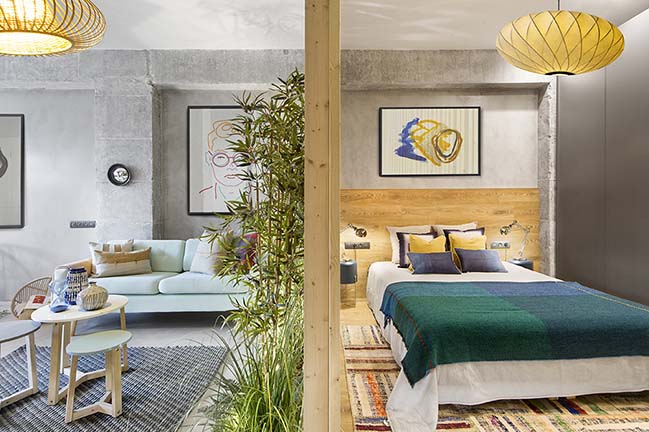 Typing in her email address and her contact number on the “more info” request field of the real state portal site, she realized her finger was missing the very important engagement ring. She deliberately neglected this minor detail, and without giving the matter anymore though, she bid on the apartment. She had no problem admitting to it: She got carried away imagining stuff… making up weddings, dinner parties or Fernando´s that may very well end up being Pedro´s , Carlo´s or Ramon´s. She was definitely less picky when it came to names, than for things or homes. Truth was, a flat where all her wildest dreams could fit, was well worth, at least, trying. 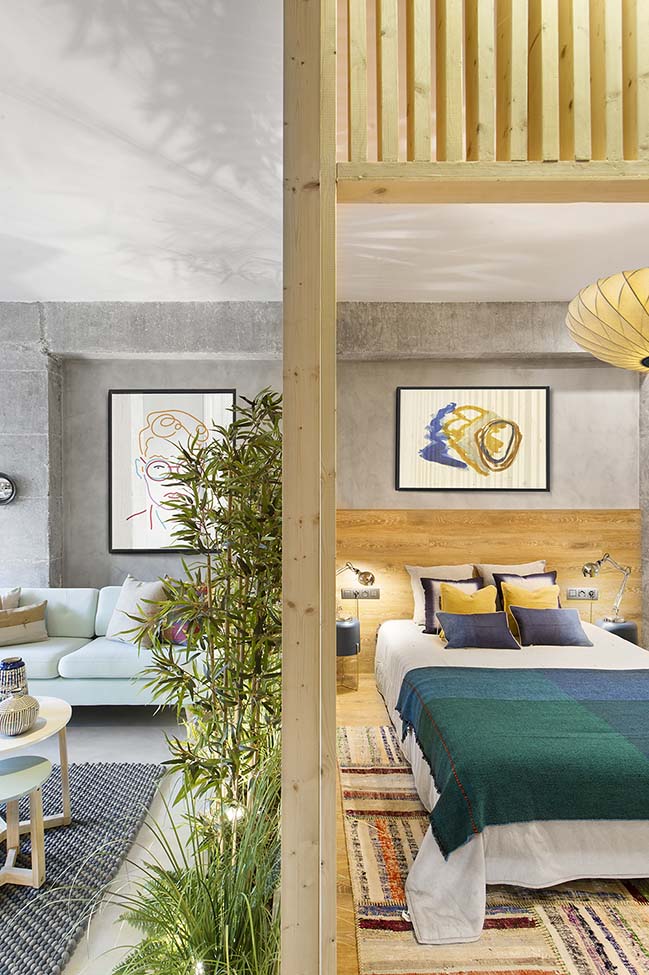 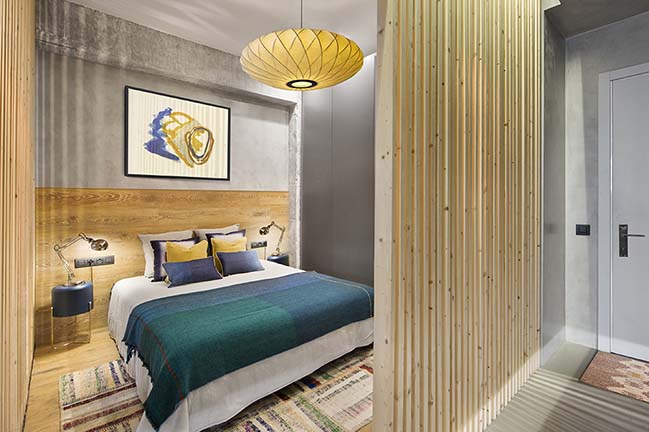 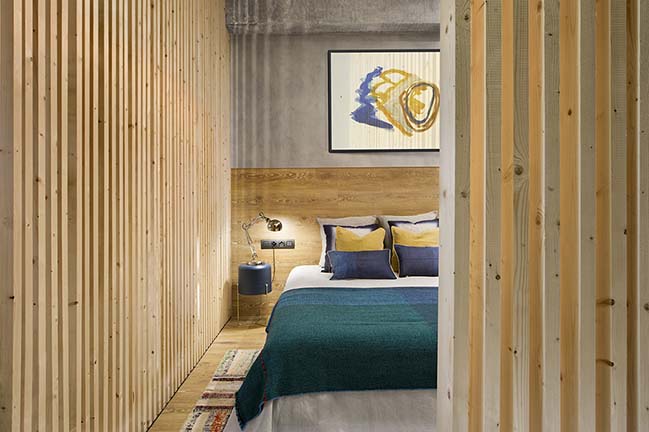 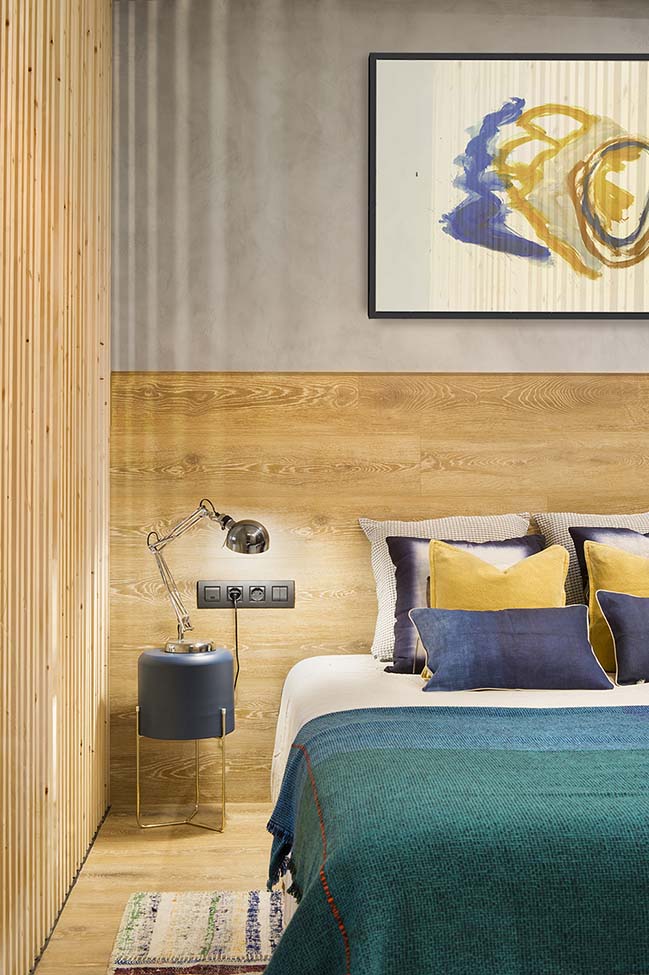 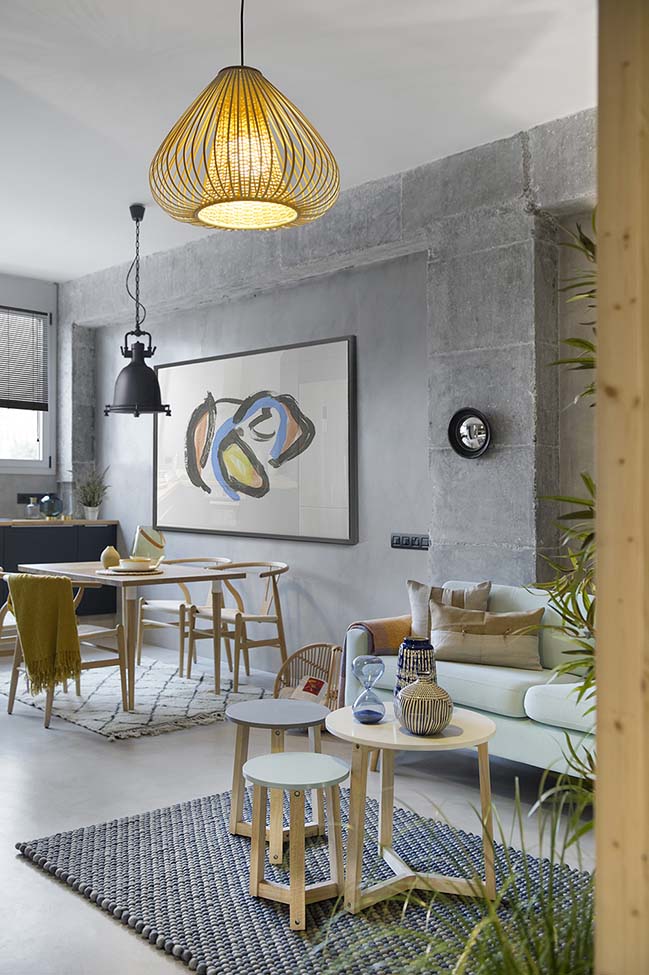 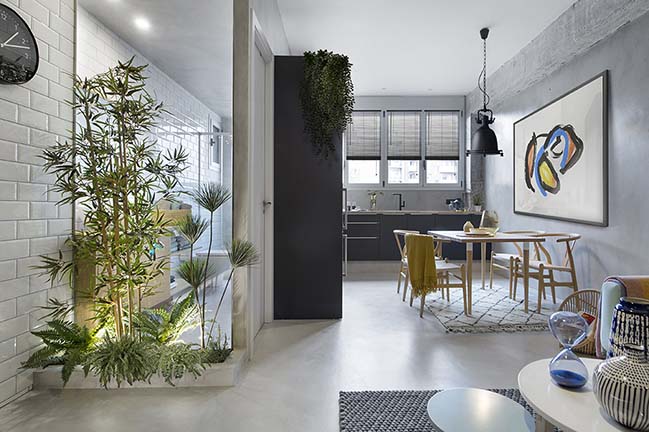 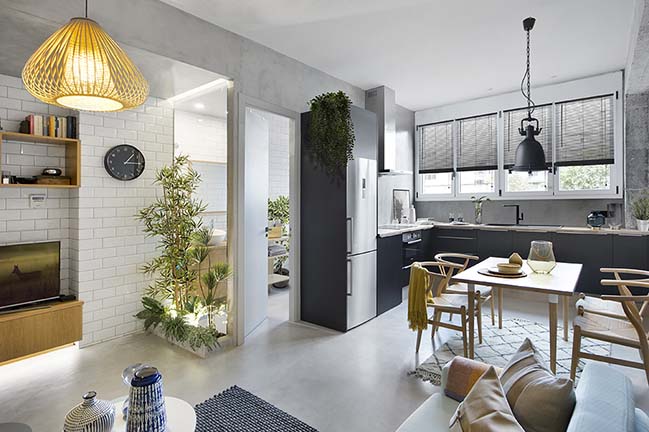 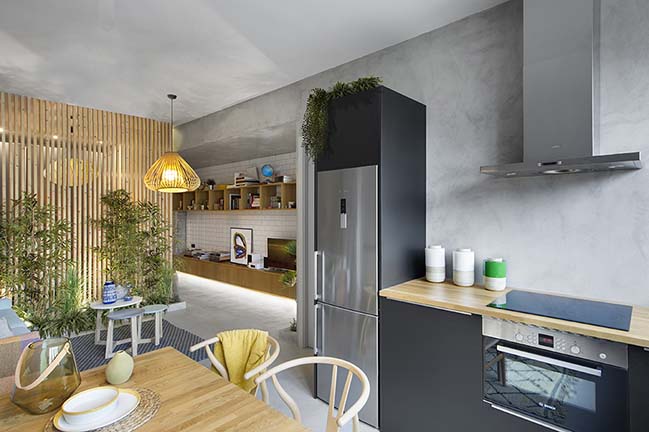 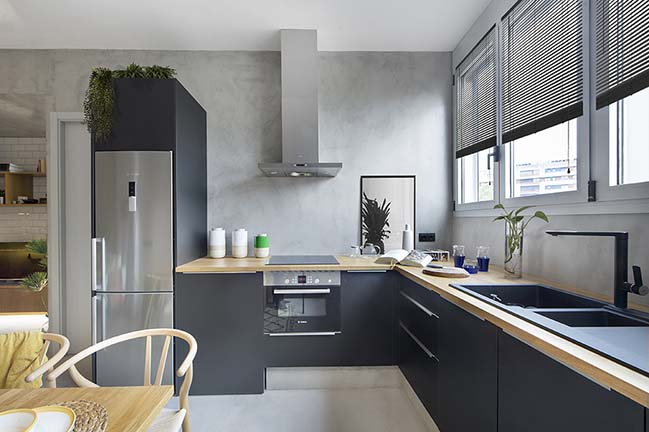 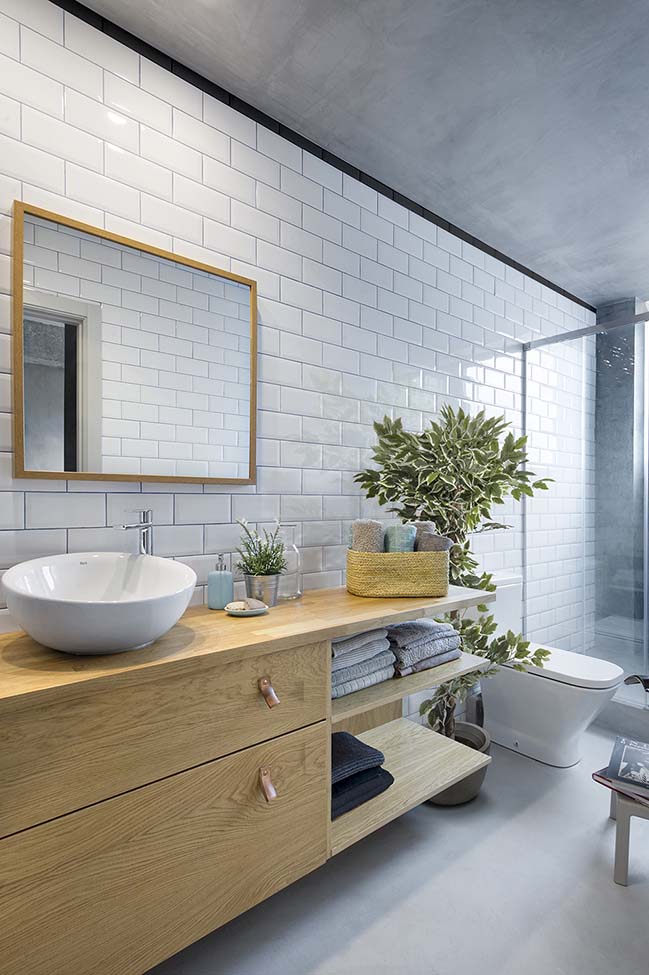 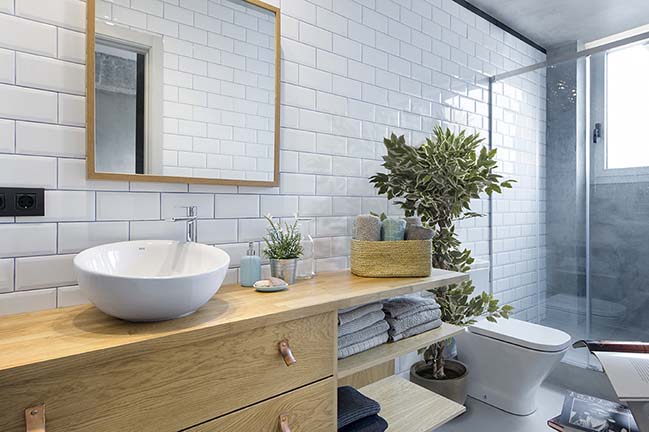 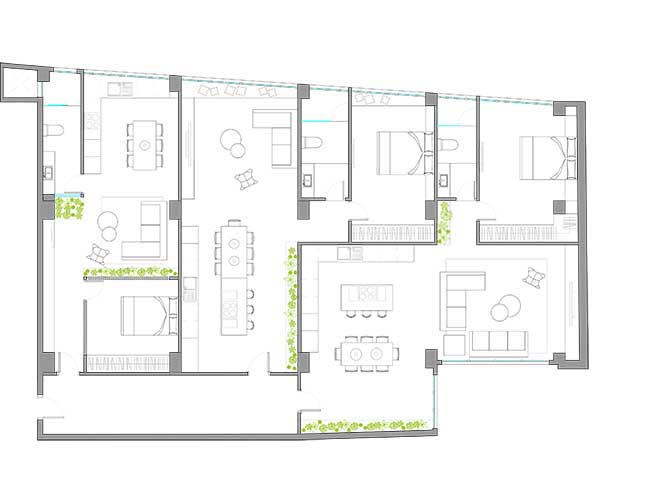