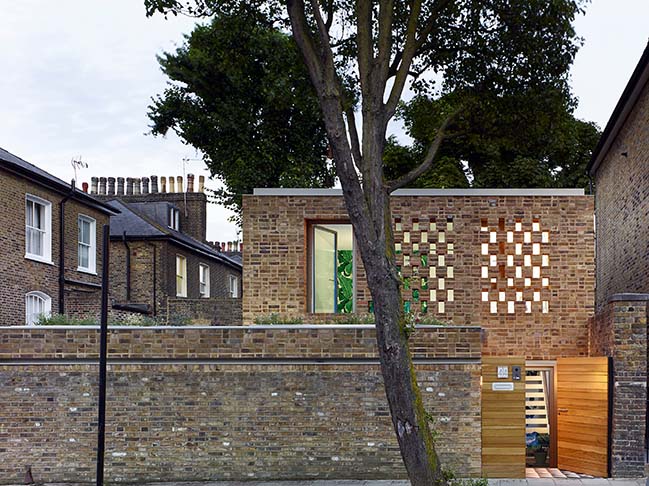 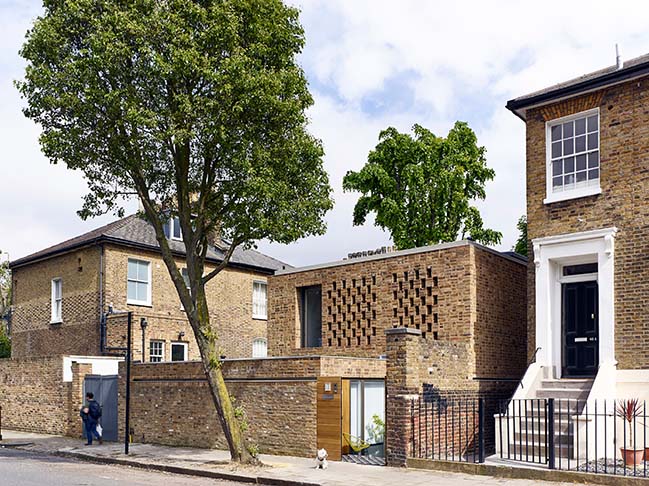 From the architect: The site was previously occupied by a domestic garage, enclosed by brick walls from various eras along almost three quarters of the boundary. Most of the original boundary brickwork has been retained, and Aperture House is inserted neatly behind it. 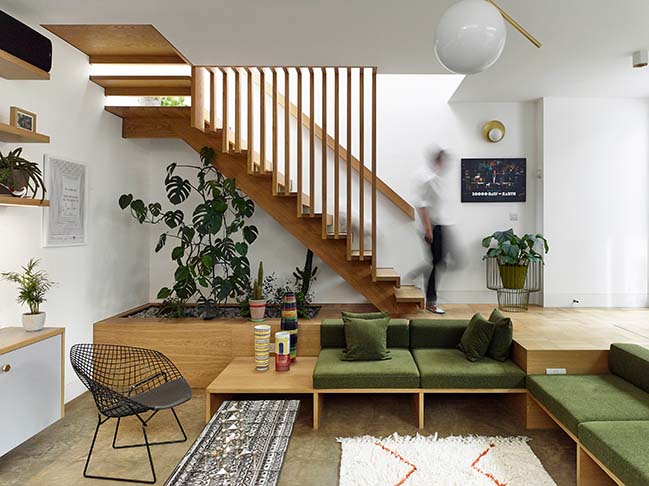 The ground floor, mostly hidden from the street, covers the whole site along with two courtyards. It is made of a concrete structure, as there was a great deal of retaining to do along the boundaries. The first floor, which is visible from the street, is a timber construction - completely clad in brick. The new and old brickwork is separated by an aluminium shadow gap detail to clearly distinguish new from old, equally, defining load bearing from 'hung' brickwork. 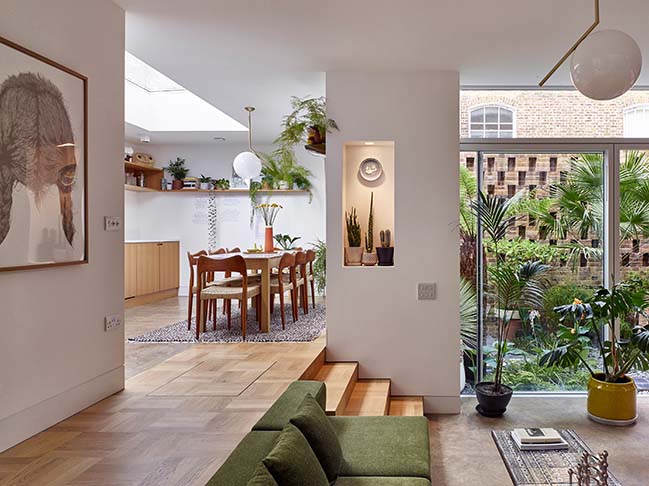 Funton Old Chelsea Yellow brick is used to directly pick up on the existing predominant yellow brick of the street. As well as a brick bond that has a resemblance to the Flemish bond of the older houses, but reflects the fact that it's not load bearing brickwork - but a modern cavity wall. 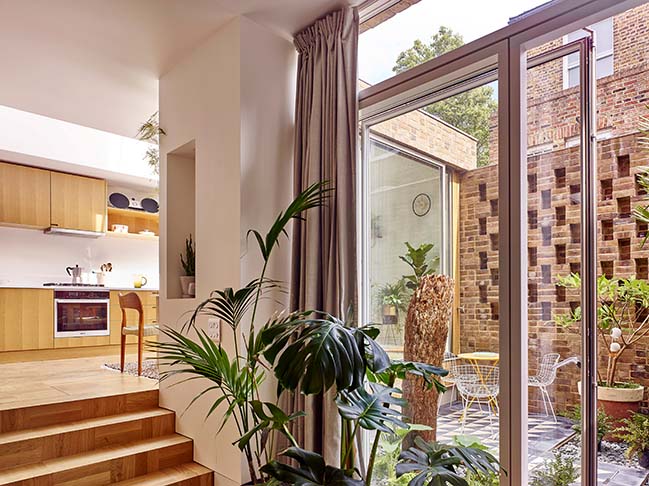 Perforated brickwork and set back glazing is designed to give a layering to the facade and a level of detail similar to the older houses, but by recessing rather than projecting from the main facade line.

Unlike the original houses on the street, having windows at the back of the property was not an option, as a result, some of the more private spaces are street facing. The brick perforations allow a privacy screen during the day to these areas, and offer an interesting glowing pattern when backlit at night. 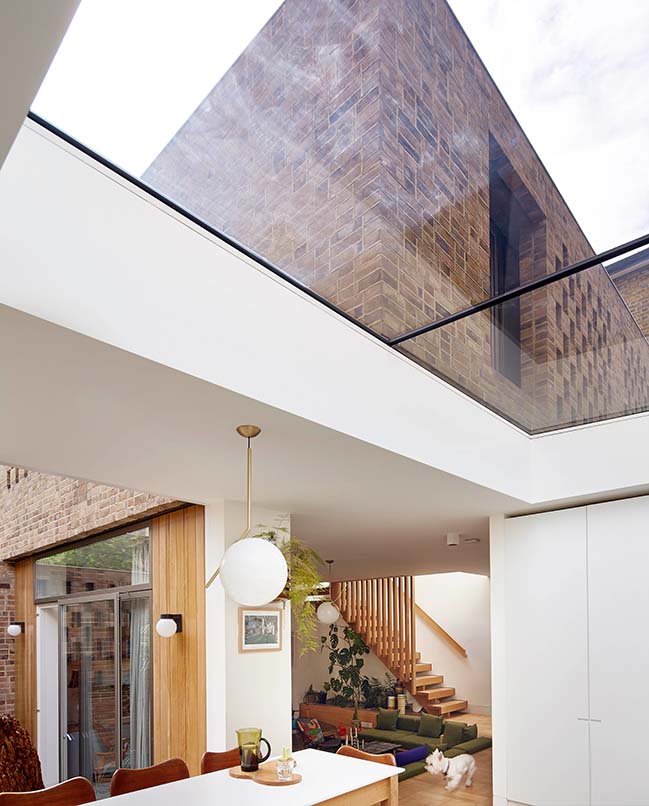 In order not to make the house feel small on this constrained site, the ground floor spaces are completely open plan, zoning areas with stepped level changes. The living space is 3m tall, making it feel generous and airy - despite being enclosed by the boundary wall. Light floods into the interior spaces through lower and upper floor skylights along with fully glazed courtyard doors.

> YOU MAY ALSO LIKE: Willowbrook by Paul Archer Design 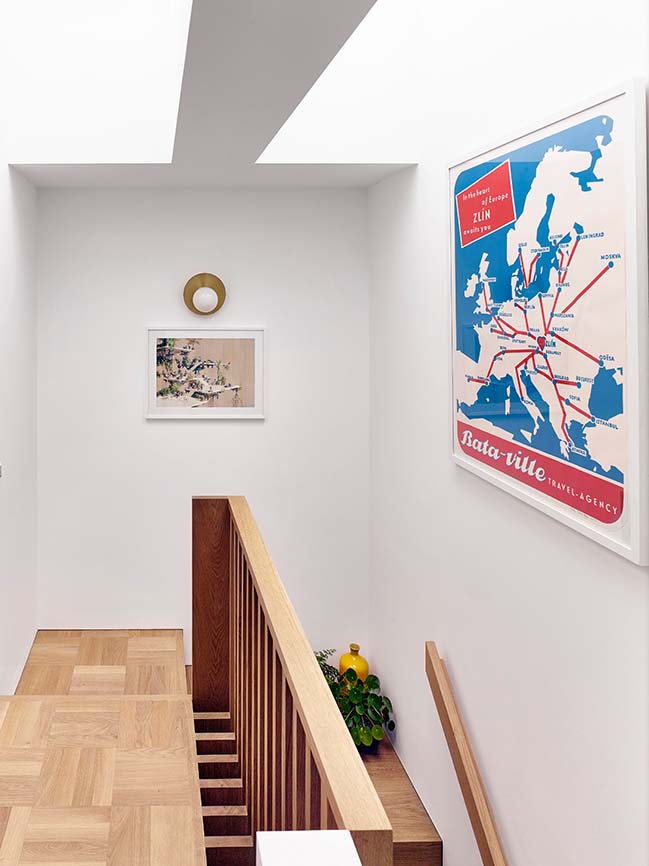 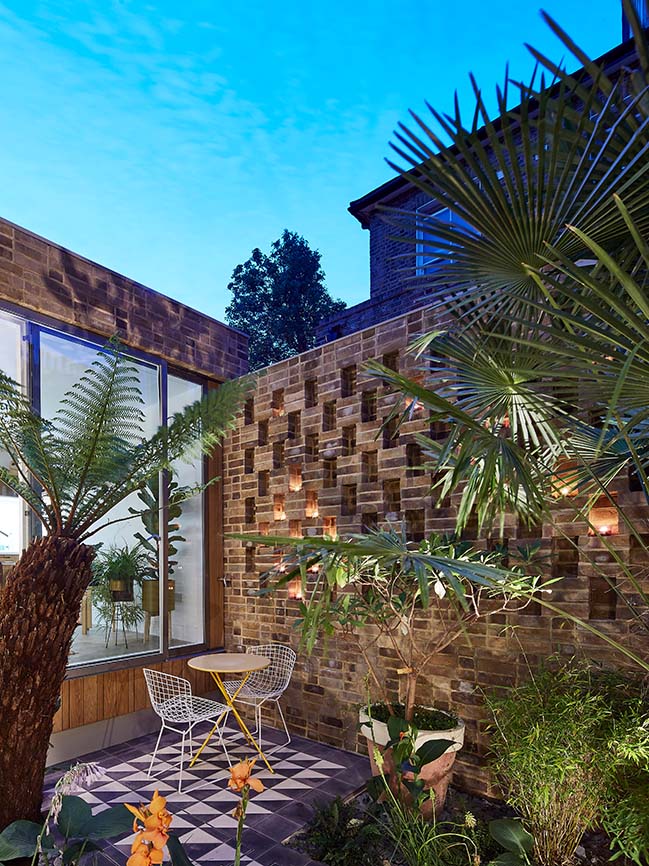 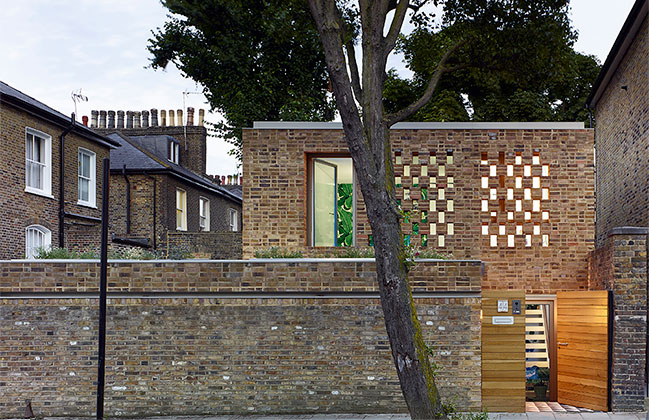