Parcel from Milan by Yuriy Zimenko

The success of this project, Yuri Zimenko, was convinced only a year later, a year of life for the clients in the apartment, the interior of which was completed last spring. 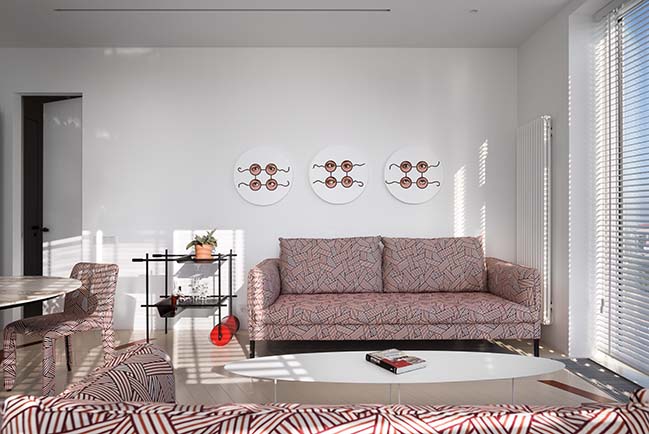 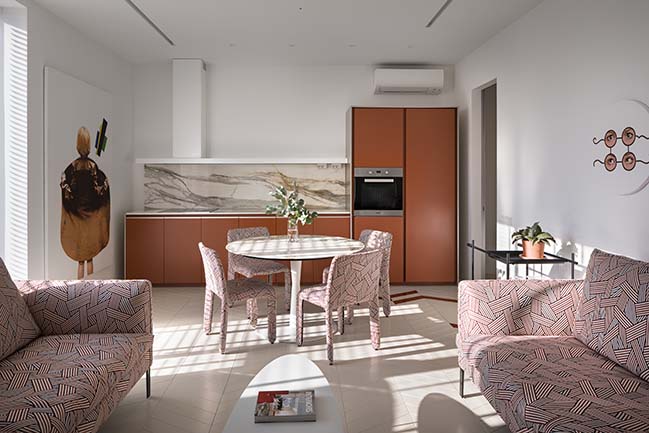 From the architect: Then the designer was worried about whether the space would be comfortable for life, whether the appropriate style was chosen, whether the overall design solution was correct. After a pause and having waited a year, I made sure that the experiment was a success, because the customer does not have the slightest desire to change anything. 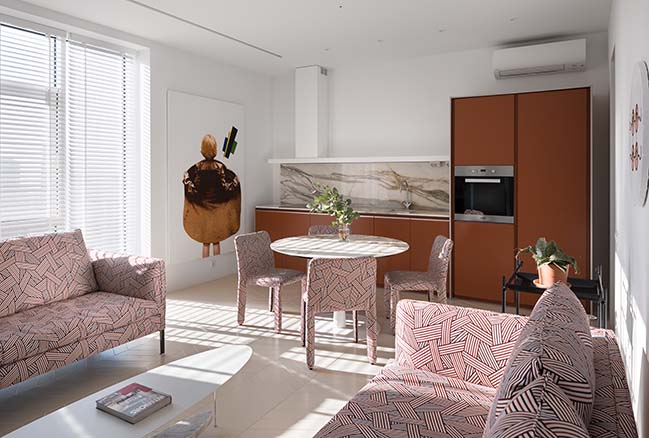 This bold and somewhat radical in style interior Yuri Zimenko created for a family with a child. An open-plan apartment with 120 squares is located in one of the capital's new buildings. From the first day, customers knew what they wanted, were principled in decisions and did not tolerate compromises. Perhaps, precisely because of such an unambiguous position of clients, Yuri managed to take a correct and unwavering vector in the process. 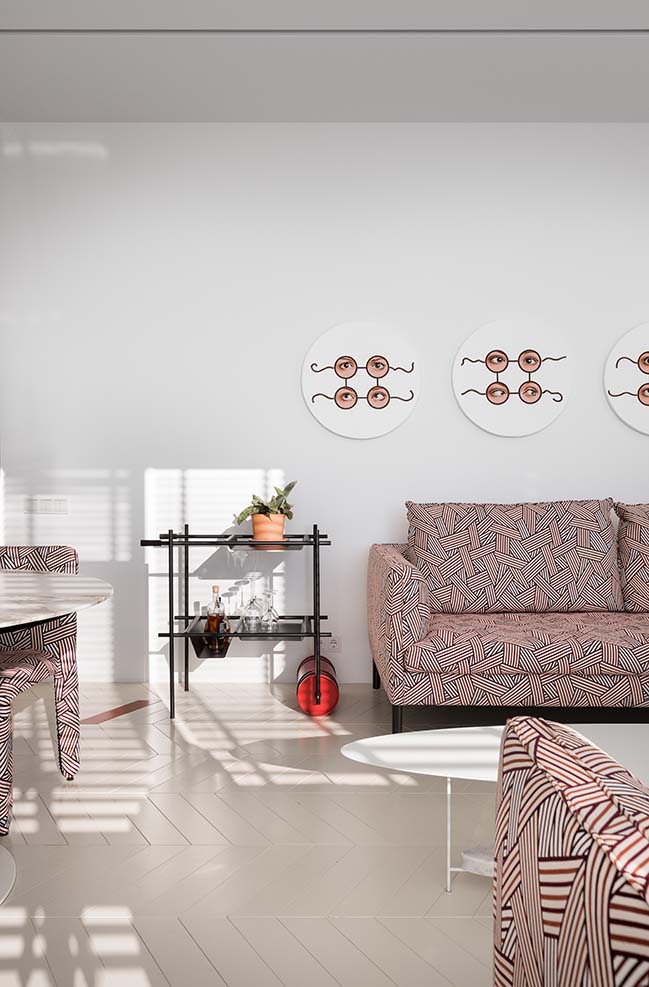 White color, the rejection of unnecessary details, as well as the visual ease in everything - the task at hand, which, of course, was solved. But not without art, so to speak, an experiment. Ascetic and minimalistic design concept is well seasoned with a portion of delicately selected modern art. 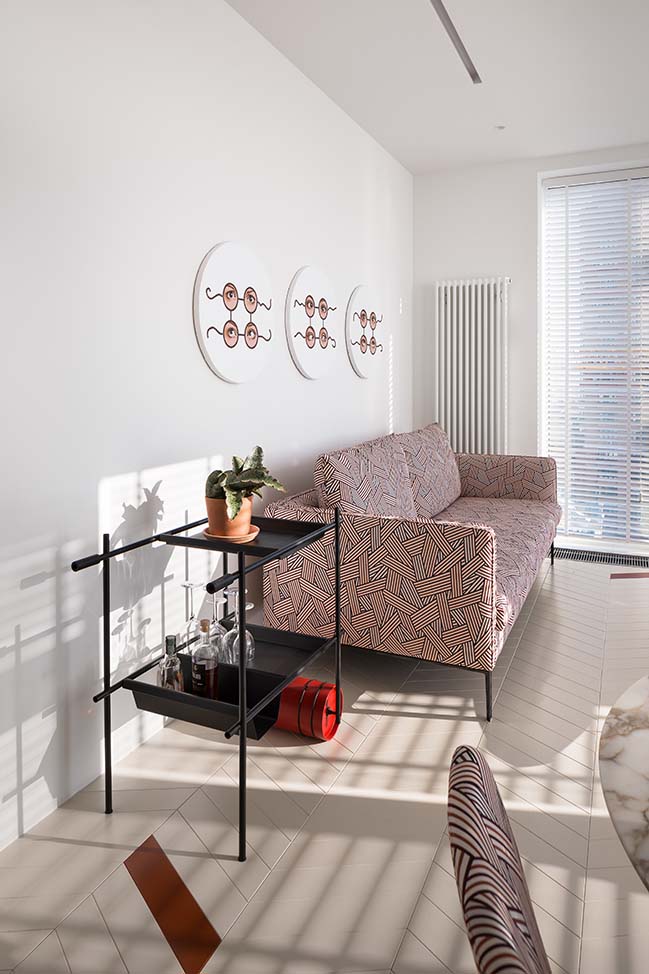 All rooms of the apartment “stitches” into a single canvas, no matter how strange it may sound, floor covering. The choice fell on natural parquet, which is painted in milk. The method of laying is a classic herringbone, but fantasy also played here. 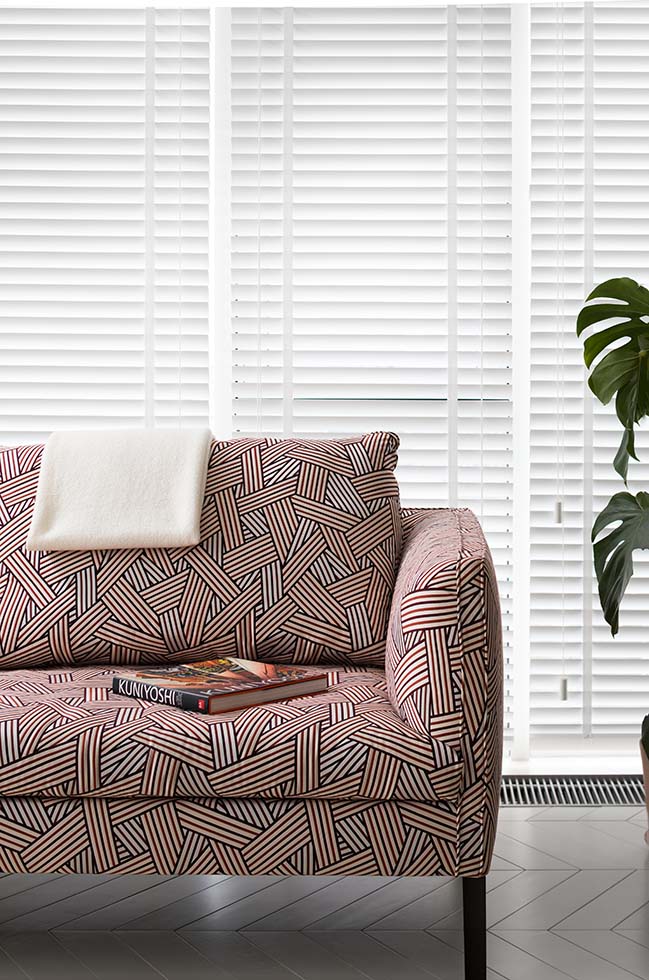 On the floor of each room, like brush strokes of the artist, accent points appeared - bright floor segments that correspond to the dominant tone of a particular zone. In the corridor it is red, in the bedroom it is green, for the living room we chose orange. In order to enhance this artistic technique, the furniture was “raised” on graceful legs, and the space was decorated with ceramics by Ukrainian artist Lesya Padun and painting by the Belarusian artist Ruslan Vashkevich. 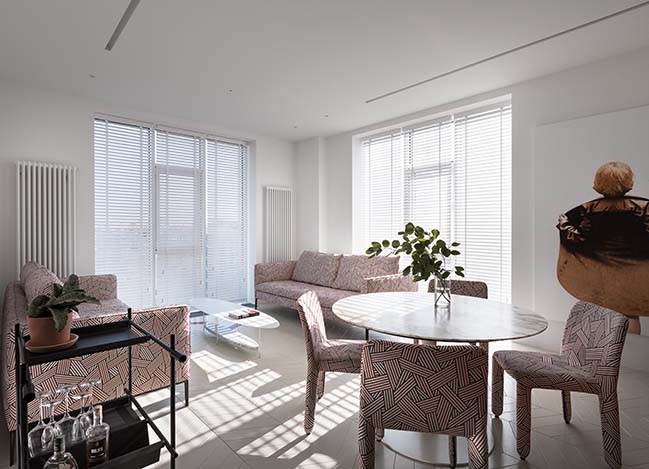 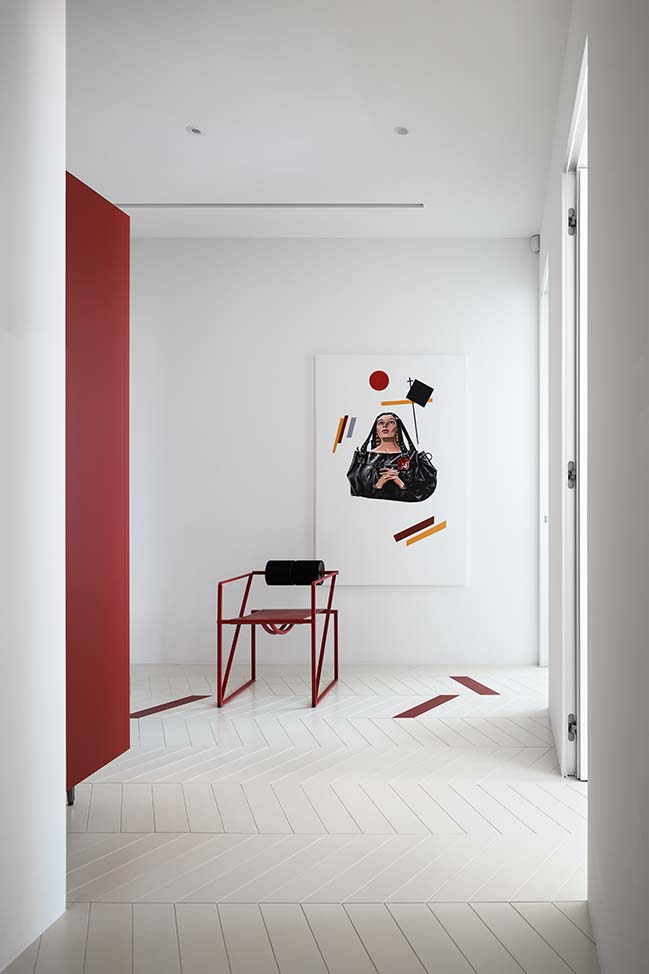 YOU MAY ALSO LIKE: House extention in Lviv by RE + design bureau 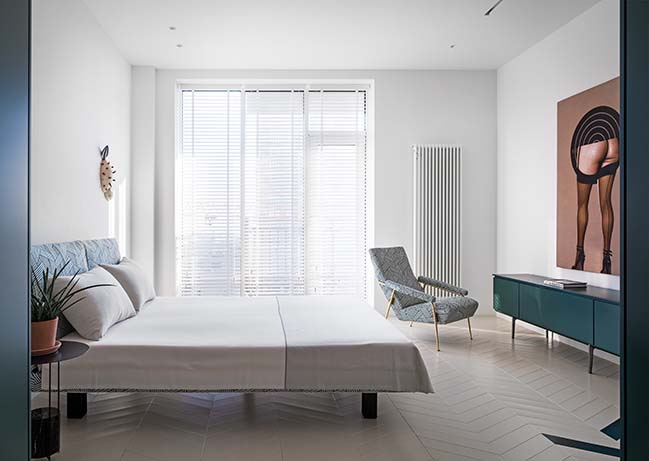 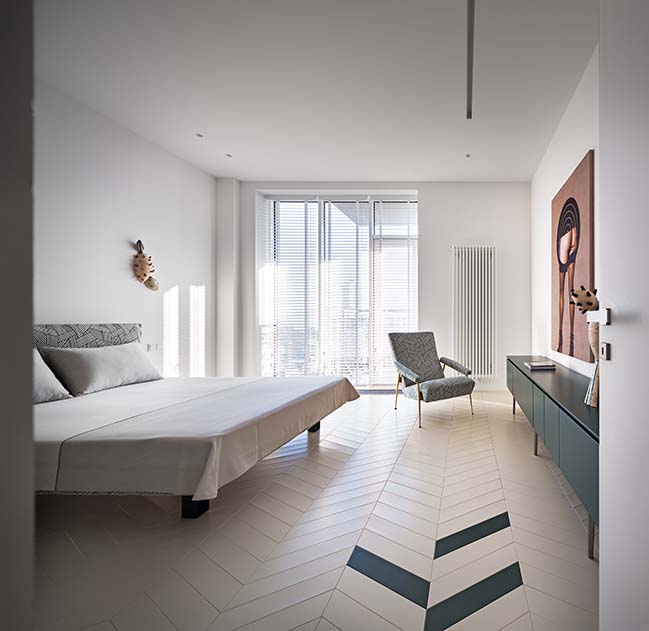 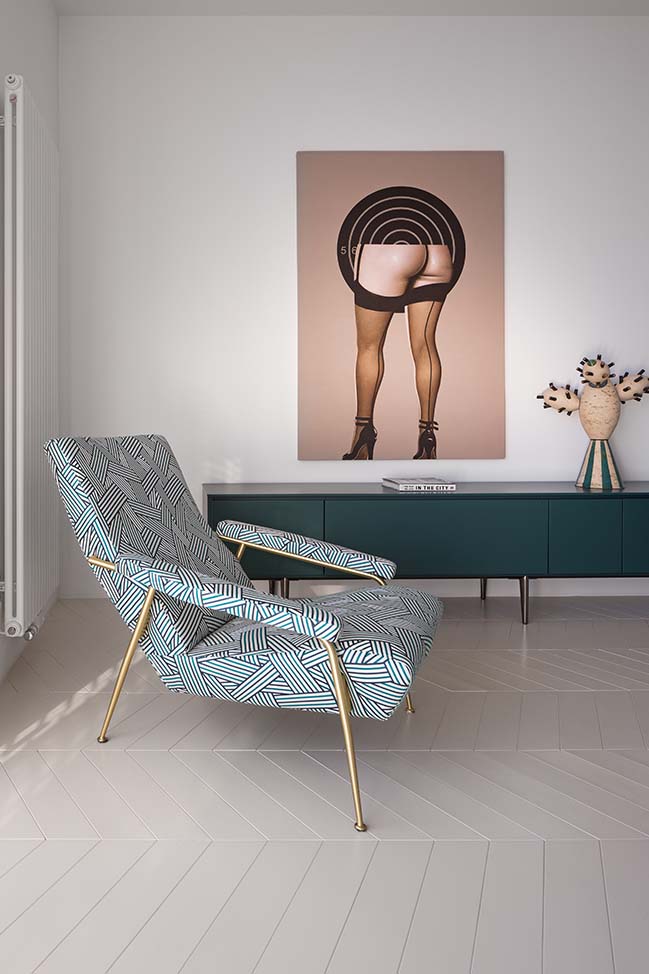 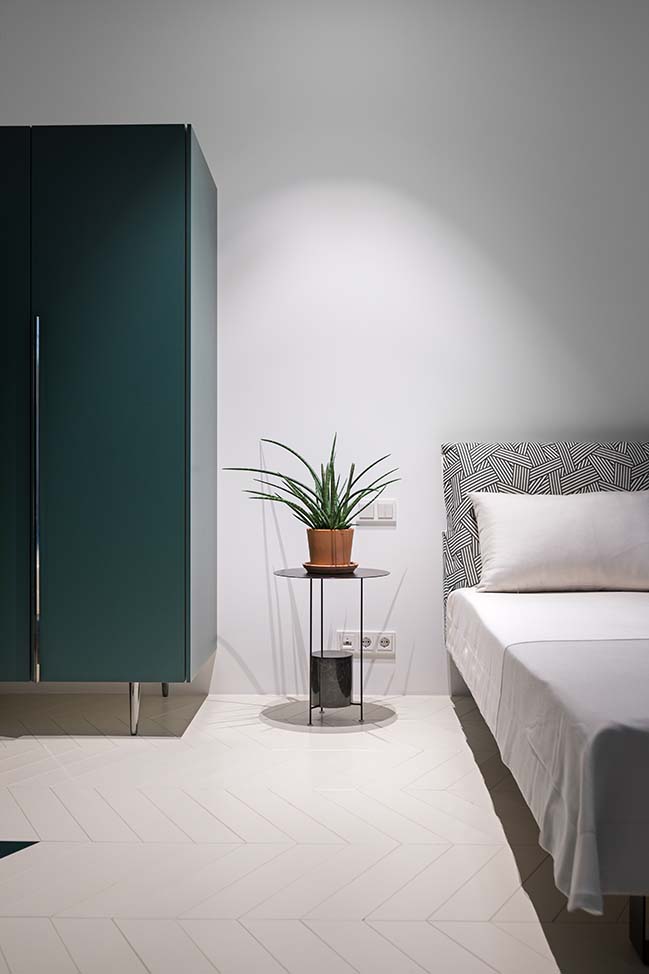 YOU MAY ALSO LIKE: Sheet Apartment in Milano by ITCH studio 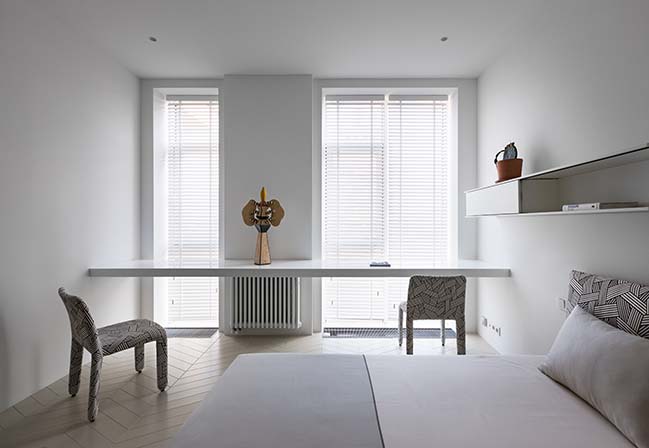 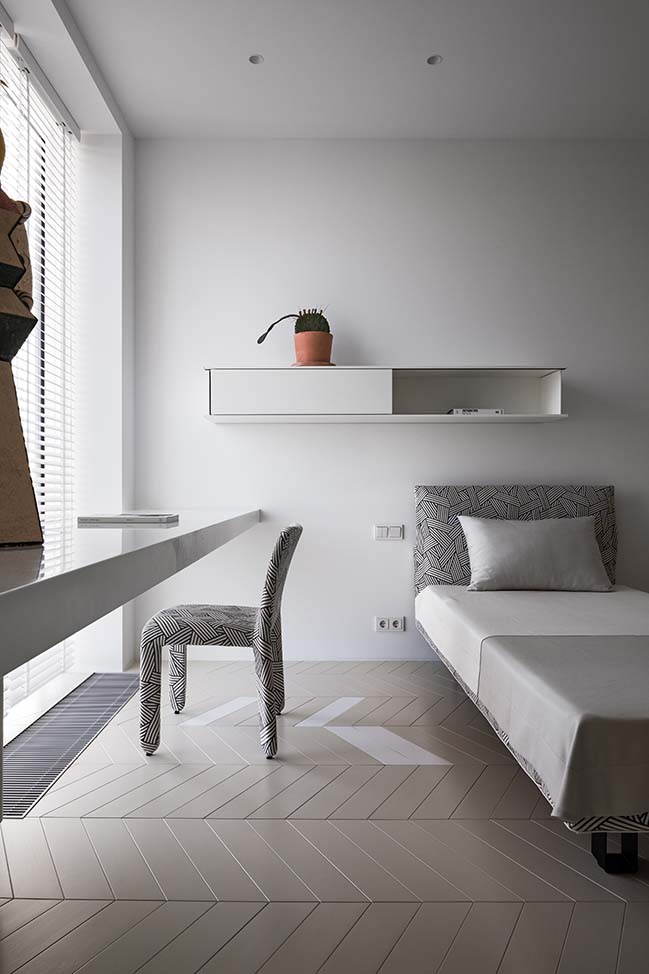 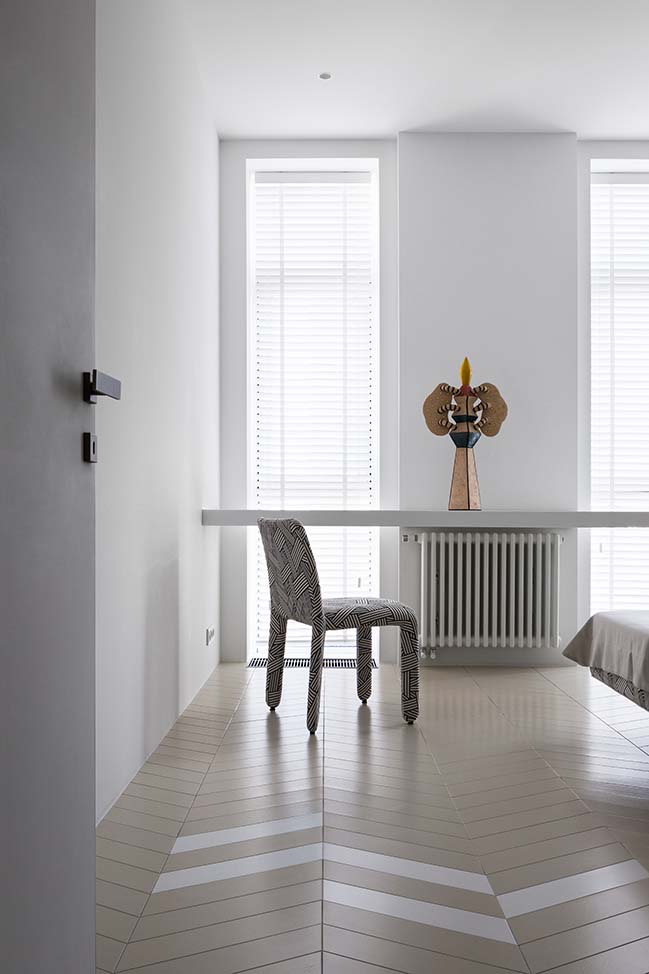 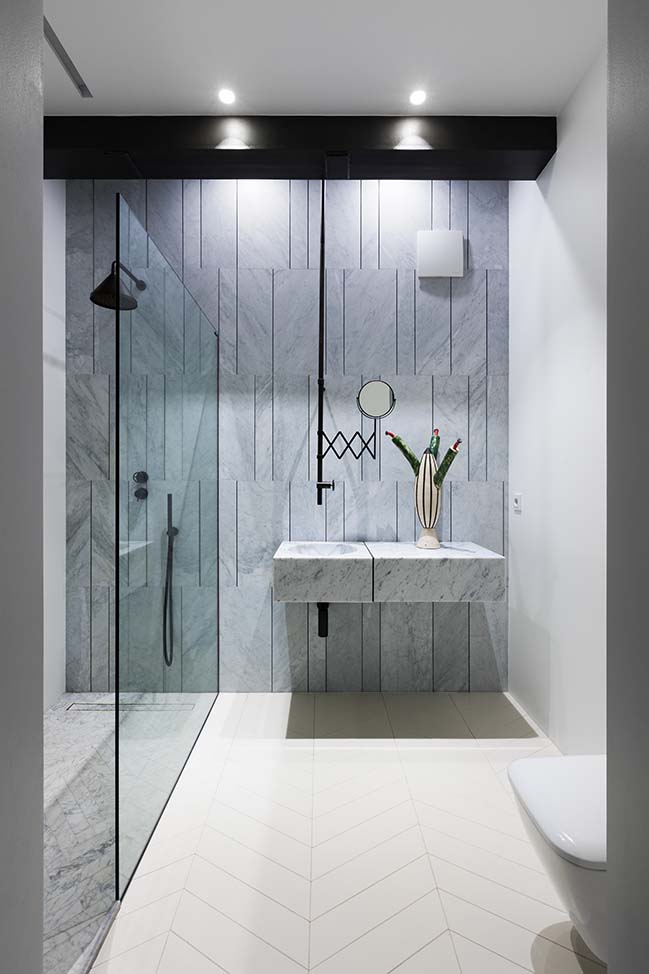 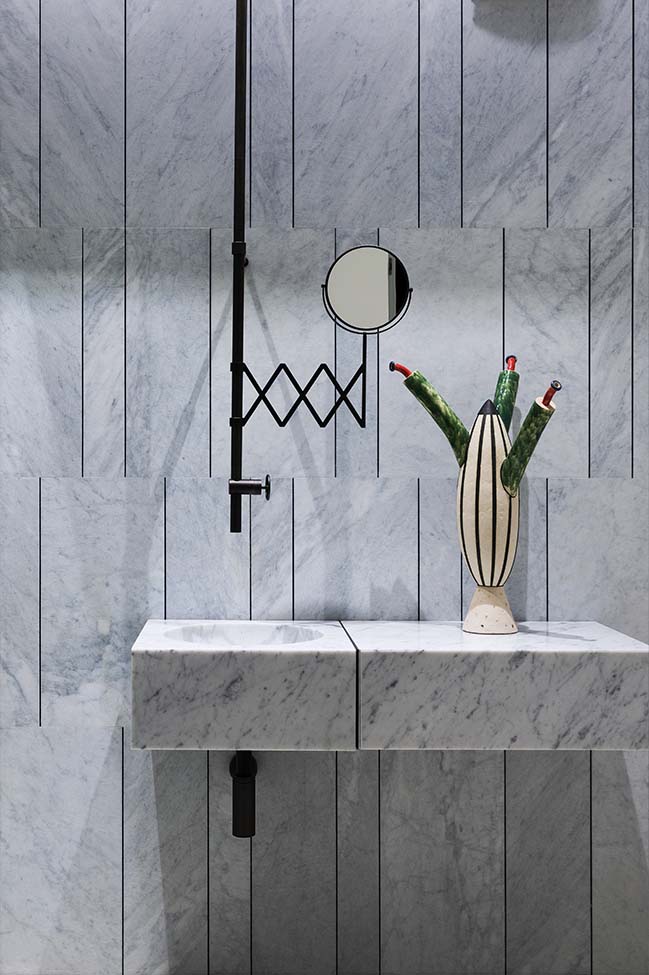 YOU MAY ALSO LIKE: 35m2 apartment in Lviv by RE + design bureau

Parcel from Milan by Yuriy Zimenko

04 / 20 / 2019 The success of this project, Yuri Zimenko, was convinced only a year later, a year of life for the clients in the apartment, the interior of which was completed last spring