Tailored House by Liddicoat and Goldhill

The Tailored House is a five-bedroom townhouse in London that the owners drew an analogy between their new house and a tailored suit - recognisable, elegant and simple when viewed as a whole, but revealing individuality and material opulence in detail. 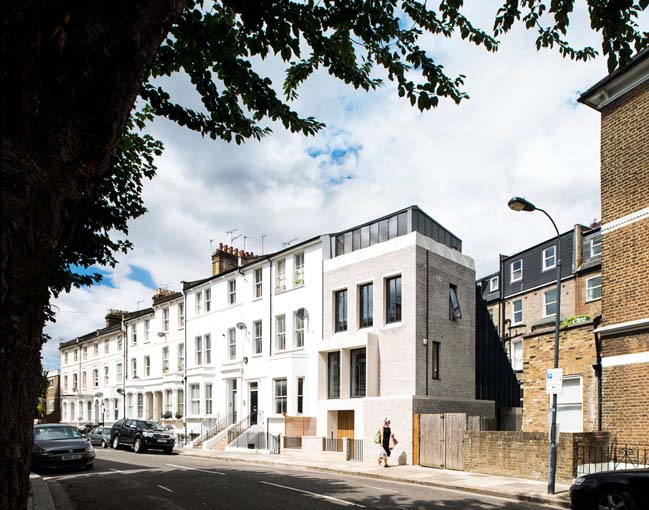 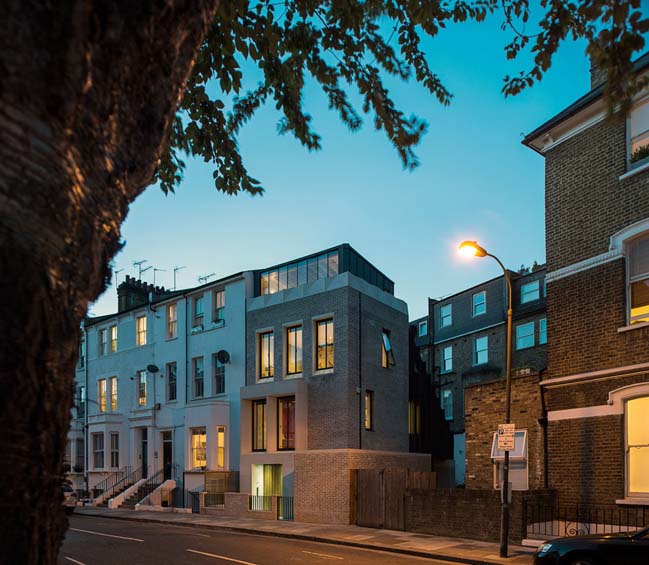 According to the architects: The brief called for a variety of spaces, offering expansive settings for gathering, and inviting inner sanctums for moments of solitude or contemplation. This was all to be set within a house of sufficient stature and repose to address the massive mid-Victorian townhouses on all sides. 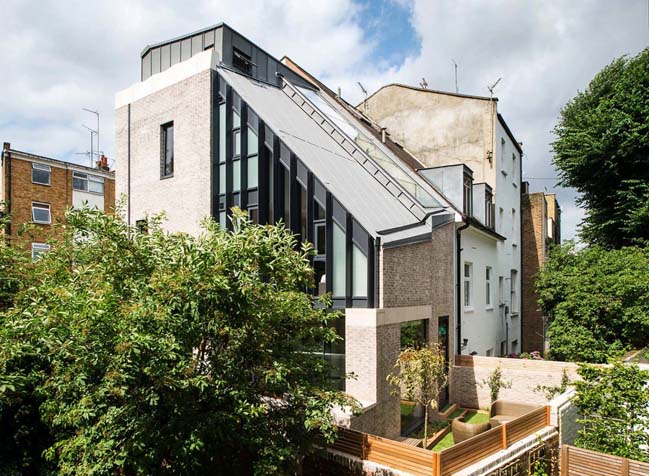 A house previously stood on the site but was destroyed by bombing in WW2. Since then, the locality has been designated a Conservation Area and neighbouring buildings have acquired Rights to Light. Winning Planning Permission therefore involved delicate and protracted multilateral negotiation. 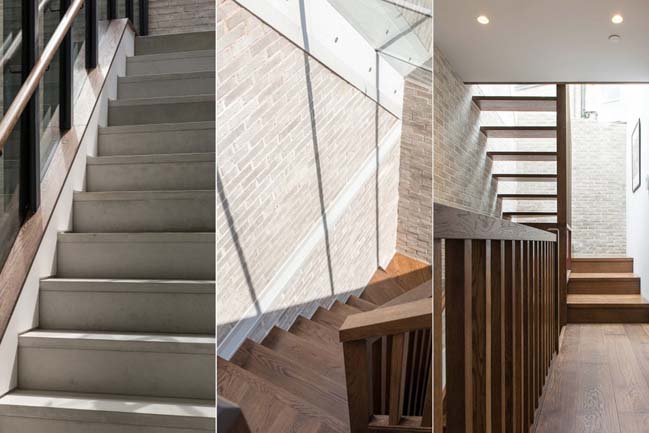 A series of models were produced to develop the building’s complex, beveled form and its stone and render façade. A selection of these studies were recently exhibited by the RIBA at the ‘Architecture Open’ Exhibition and the ‘Guerrilla Tactics’ event; they are now permanently on display at Portland Place. 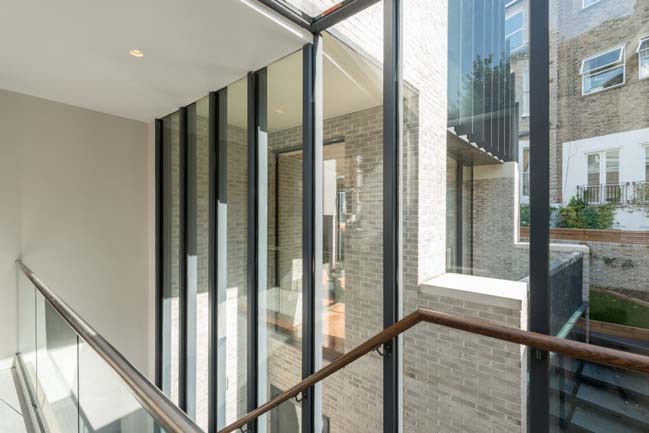 Despite the local sensitivities, the five-bedroom house is neither a resurrection of the pre-existing building, nor an aggregation of responses to different legislative requirements. Instead, the project seeks to reconcile a new London house type, subtly differentiated from its forbears. Conceived as a series of layers receding from the street, the house’s façades are variously lifted, punctured or fanned open to allow light to the interior. 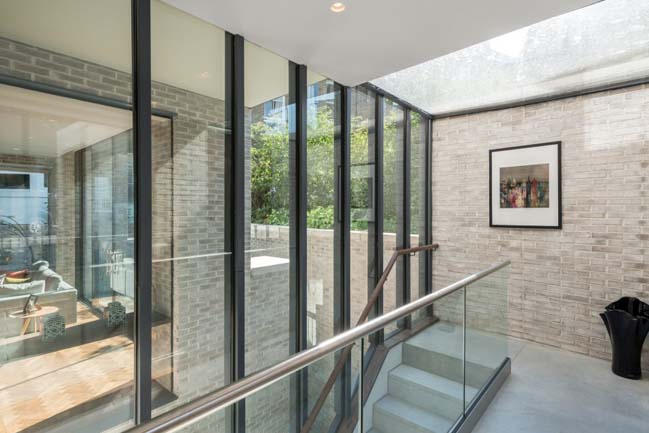 The street façade - in overlaid planes of loadbearing Roman-format brick, render and Carrara Arabescato marble – refers to its classic neighbours’ proportions. The massive treatment of the front part of the house is dissolved along the flank façade, which is cranked outwards to gather light, tracing a fault line in the urban grain. The sheer, brickwork wall gives way to a screen of stone fins that conceal sheer glazing behind. This barrier affords privacy and filtered light to both the occupants and their neighbours. 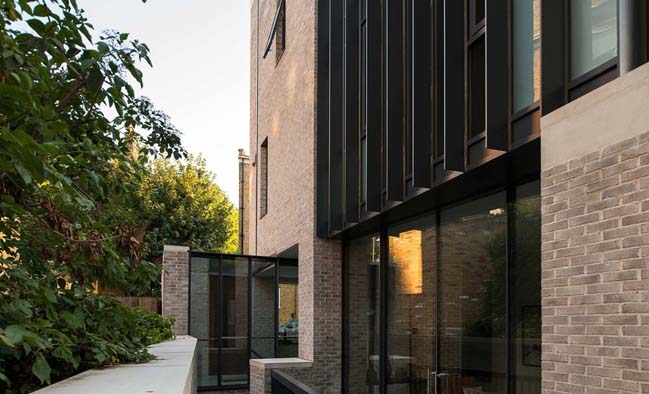 Tall, bronze-framed windows interrupt these contrasting planes of striated, abrasive textures and sumptuous, textured stone. Fitted with either sheer glazing or solid bronze ventilation panels and backed by internal shutters, they reveal the depth of the construction. 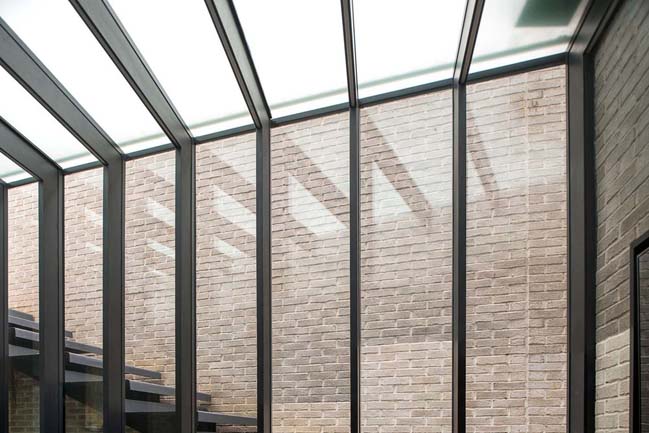 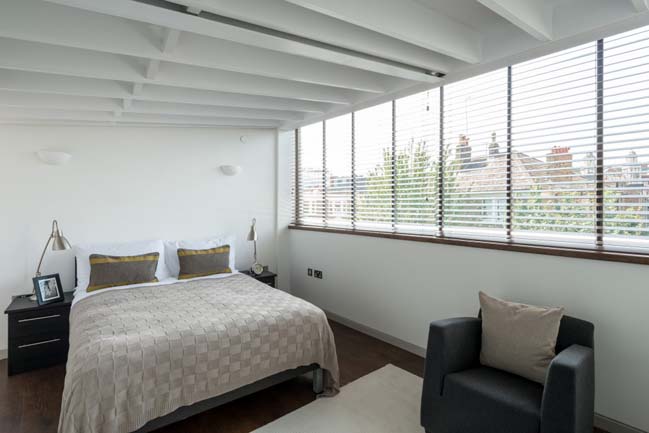 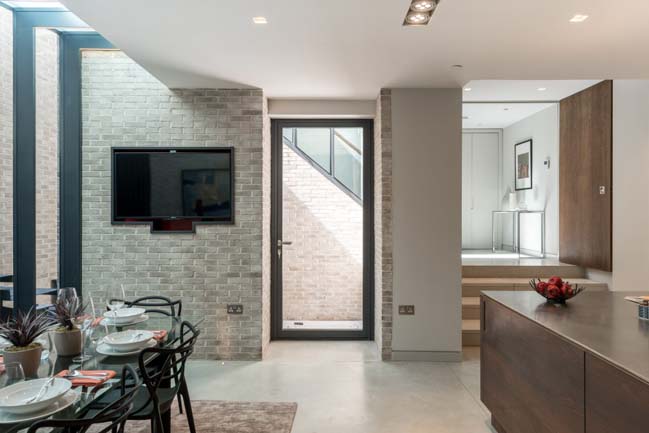 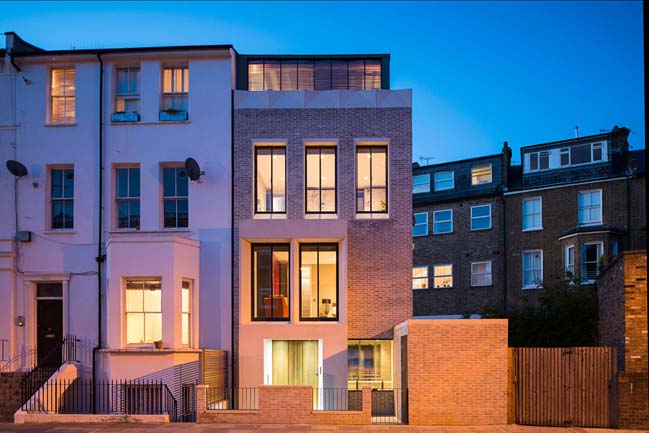 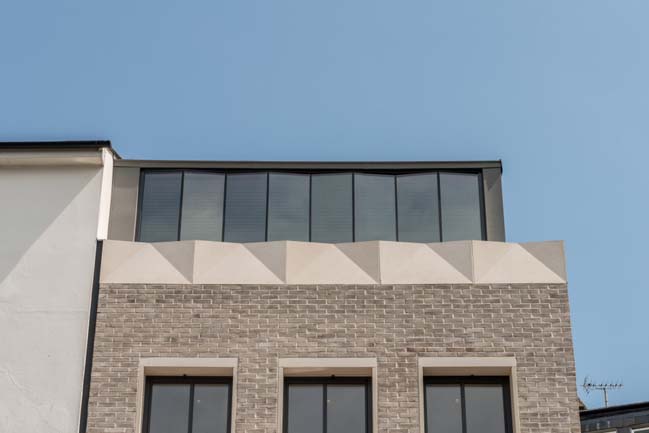 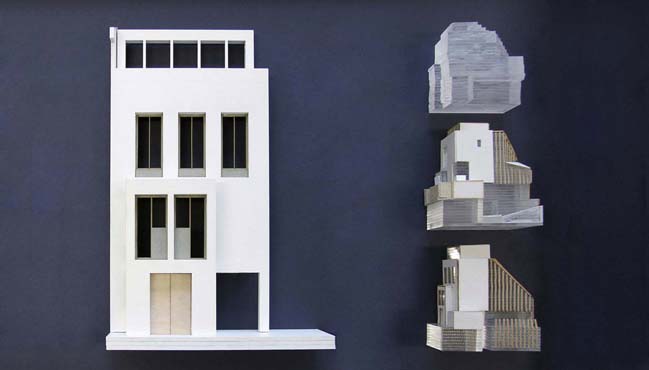 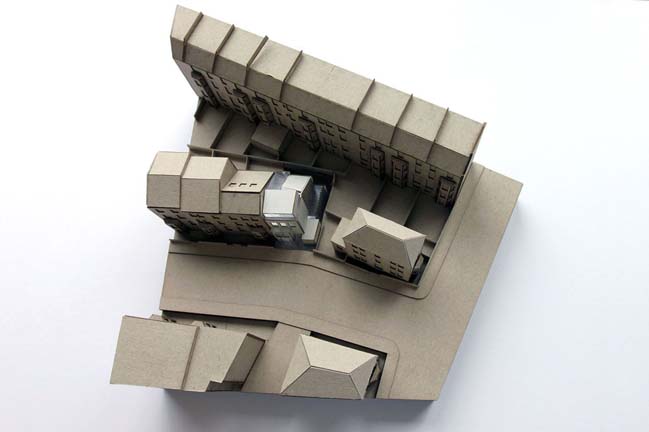 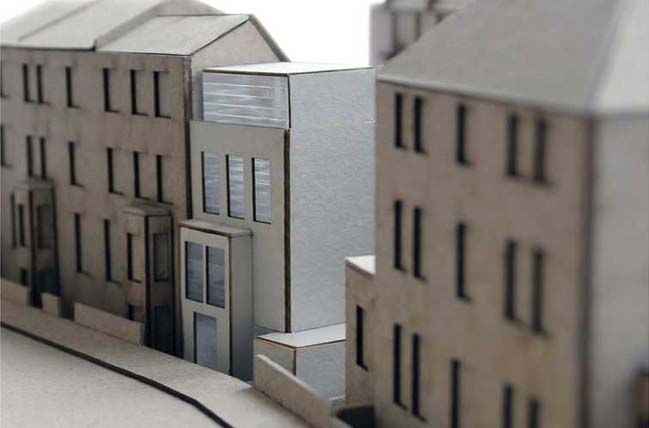 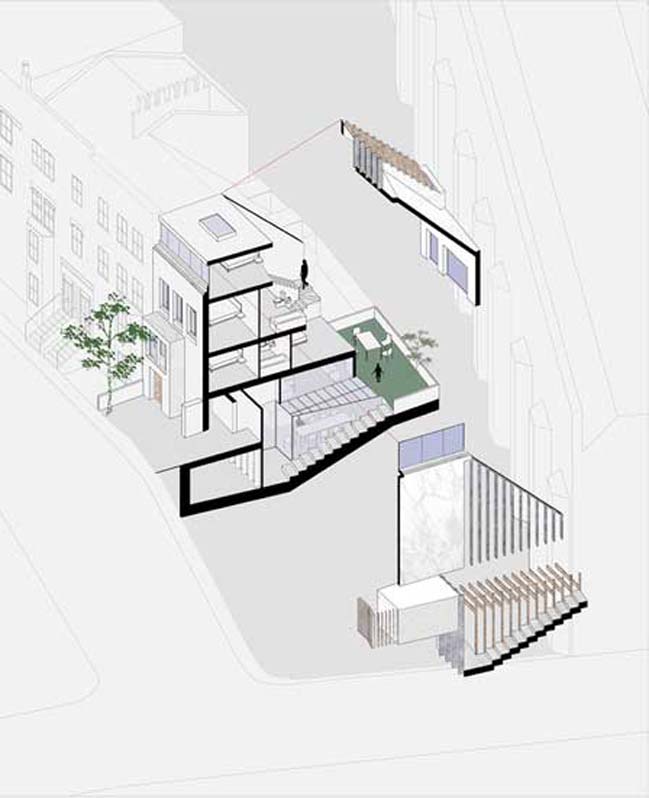 Tailored House by Liddicoat and Goldhill

03 / 13 / 2016 The Tailored House is a five-bedroom townhouse in London that the owners drew an analogy between their new house and a tailored suit... 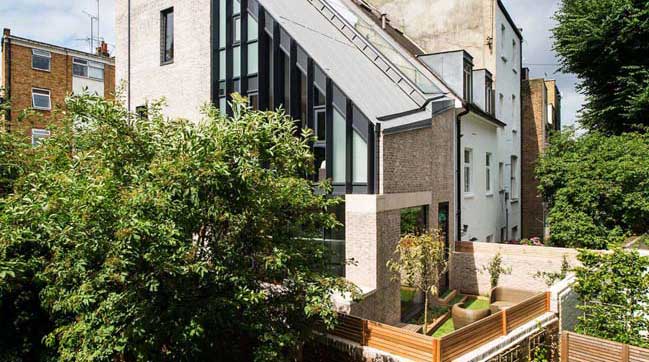