The House for contemporary art by F.A.D.S

This contemporary townhouse was designed by Ryumei Fujiki and Yukiko Sato/F.A.D.S for an art appreciator and amateur artist who wanted a house like an art museum. 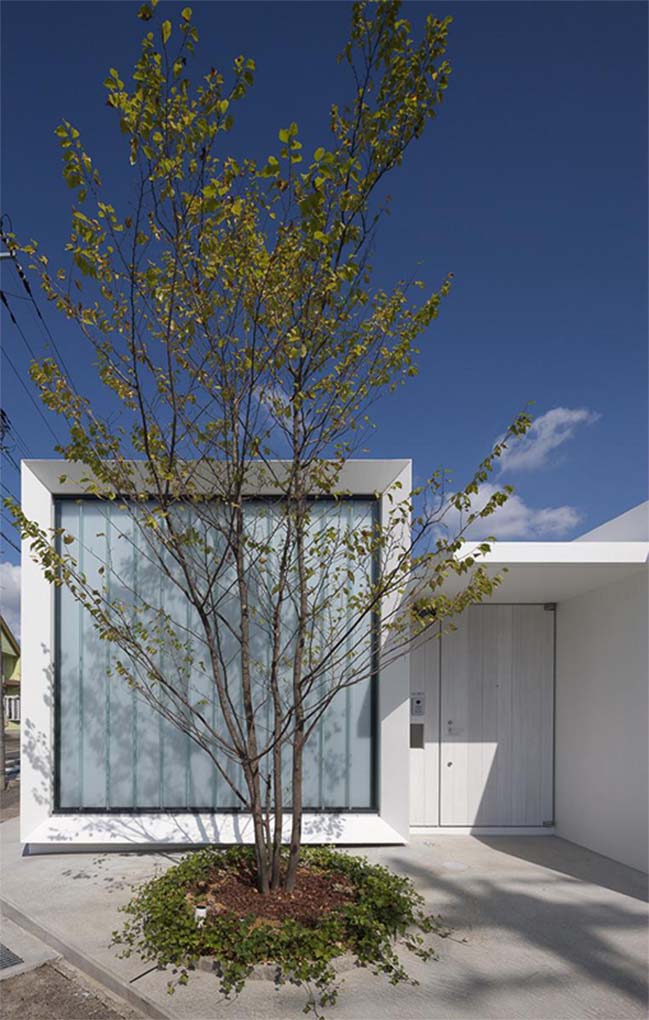 According the architects: Planned with careful consideration for air circulation as well as for the harsh, snowy climate of the Japan Sea coast, the structure is composed of white boxes of varying scale that frame spaces like pictures. 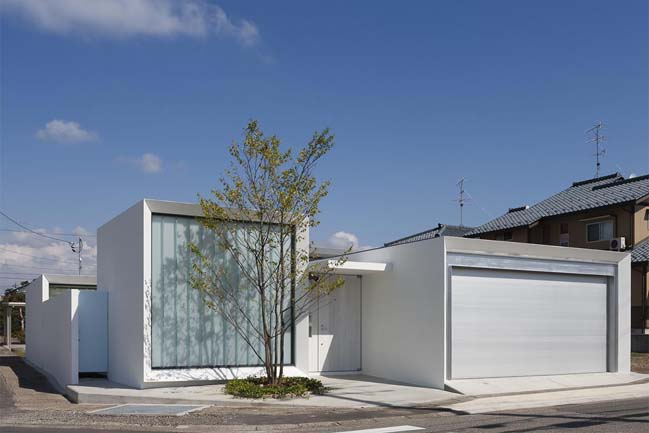 Response to the Environment (Nature)
We considered very well the response to and interaction with the environment. The first thing was dealing with the snow. In regions with heavy snow, the shape of the roof is very important. Many homes are built on the assumption that someone will shovel the snow off the roof, but that’s a lot of heavy work, and dangerous. Our initial proposal was for a budget-conscious, wood-framed structure with a gently-sloping roof that would naturally shed snow. In the end, however—and in part because of the client’s input—we decided on a flat roof with no parapet that would stay relatively snow-free because of wind action. 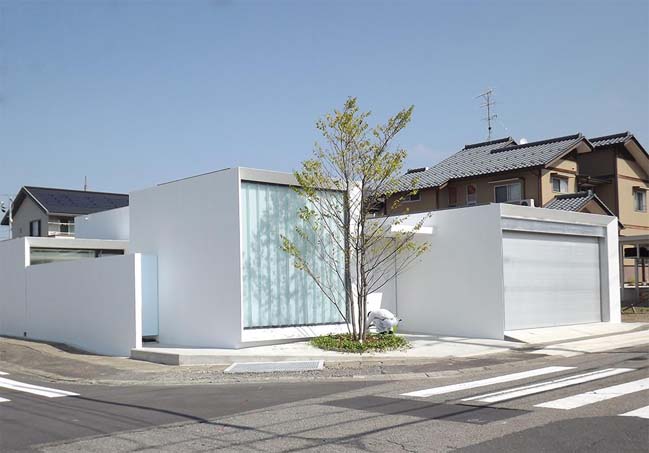 Our second challenge was coming up with a plan that would create good airflow within the structure. To encourage natural ventilation, we created a temperature differential by designing two gardens, one on the south side that would warm up easily, and one on the north side that would remain cool. This is a traditional design method used in Kyoto townhouses (Please see the attached images). 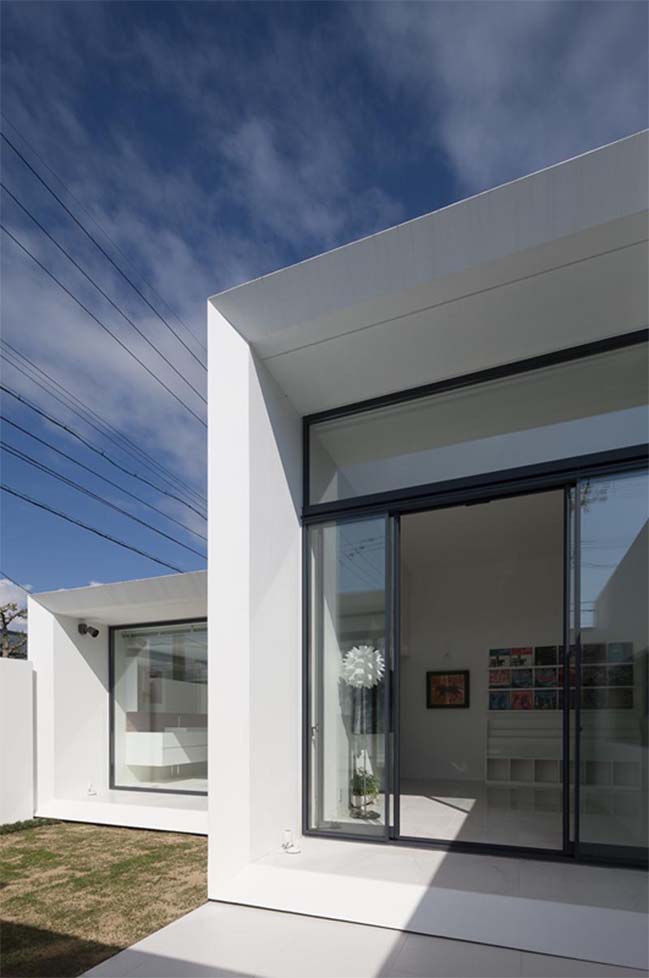 Our Philosophy
In this project, our first priority was fulfilling the client’s wishes, but we don’t believe the architect’s role stops there. Architects must also respond to various societal problems with bold imagination. For example, we need to fundamentally rethink architectural practices in response to the world’s worsening environmental problems. We are looking to nature, or natural systems, for hints as to how to do that. It’s not simply about finding clever ways to reduce energy use, but rather about architecture itself growing closer to nature. It’s impossible to fully realize this ideal in a single project, but what we hope to do in our future work is to steadily experiment with a variety of approaches, and through that process to approach a new kind of architecture. 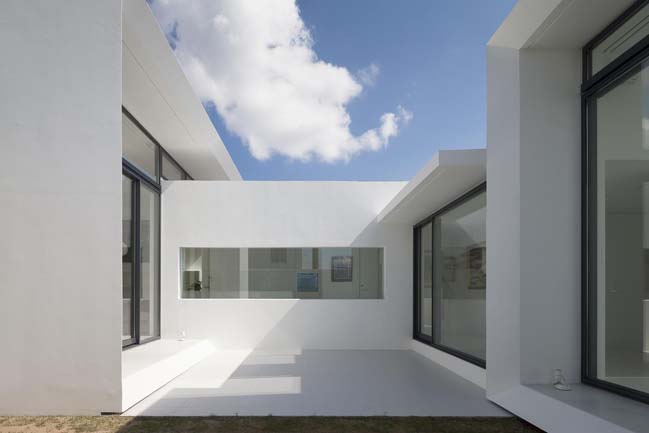 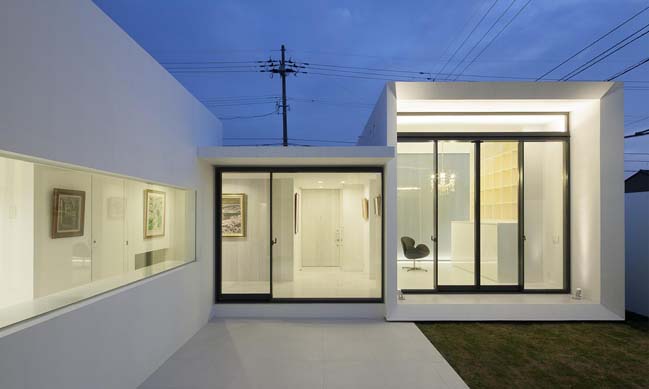 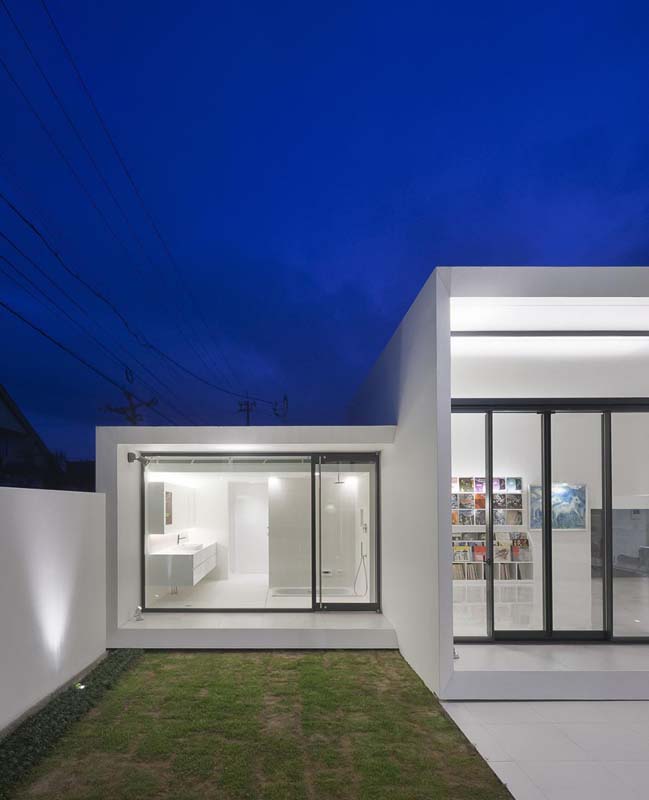 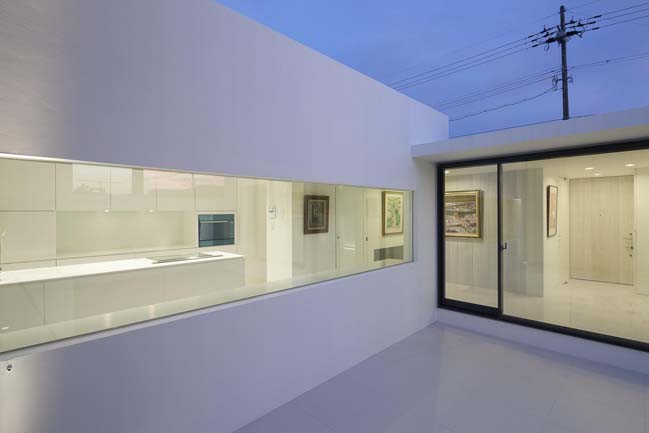 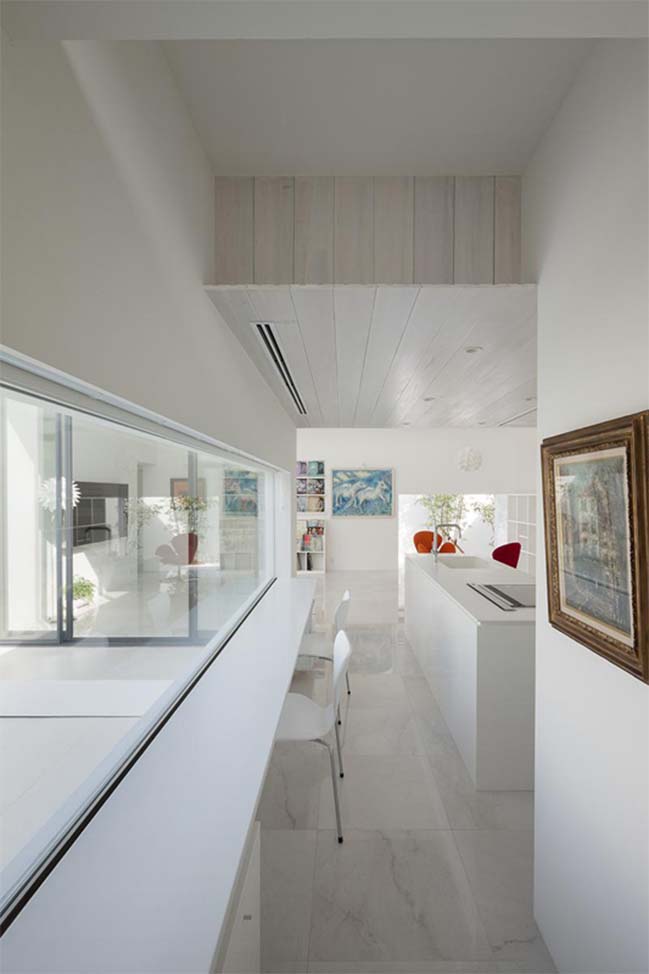 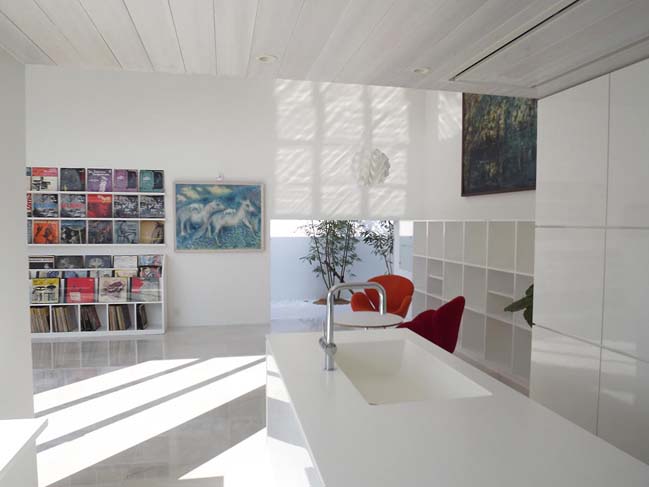 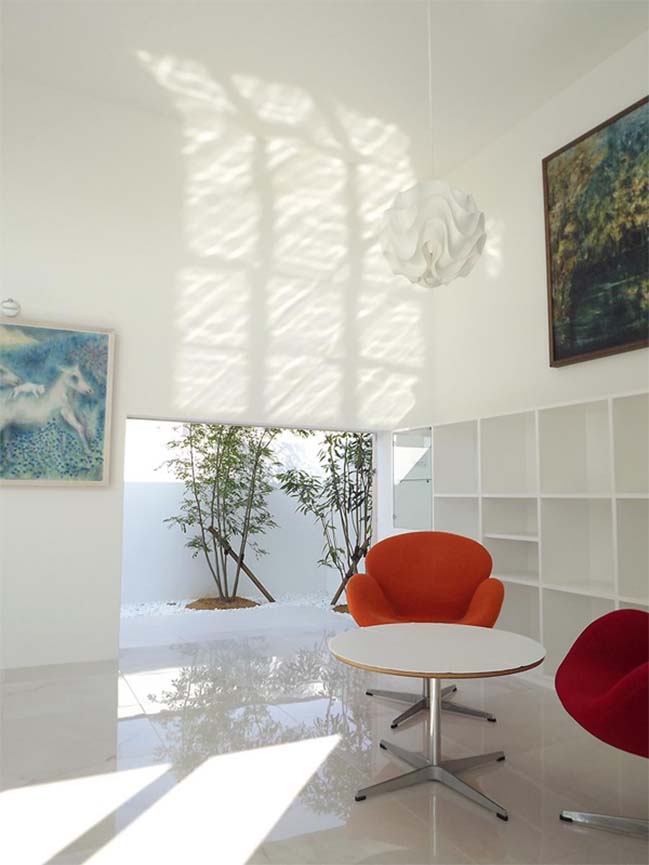 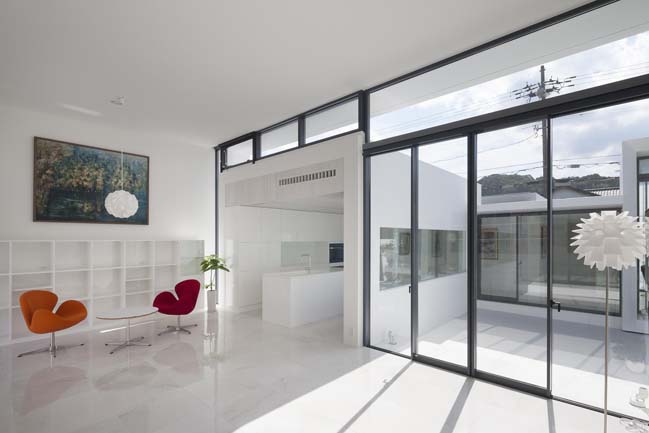 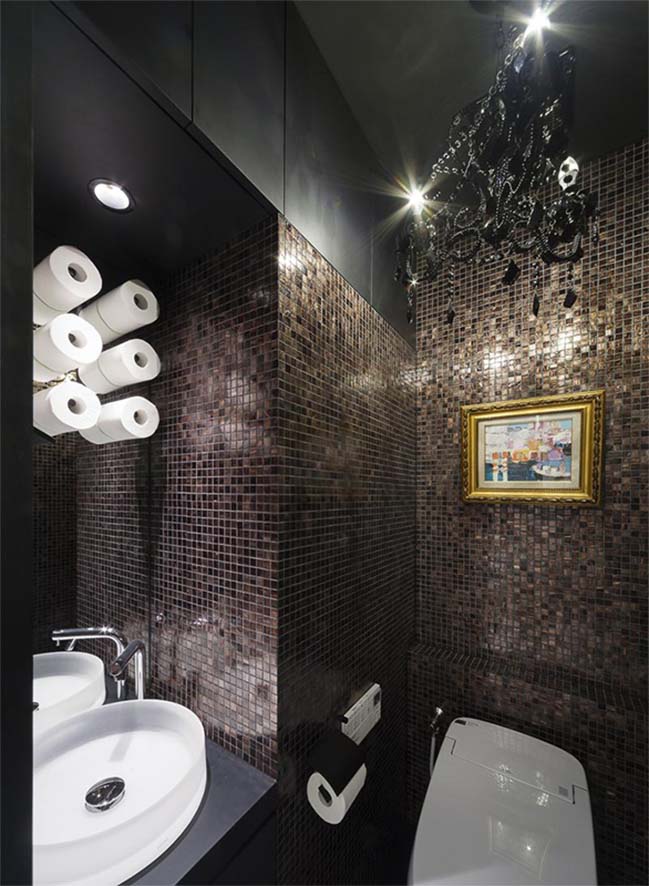 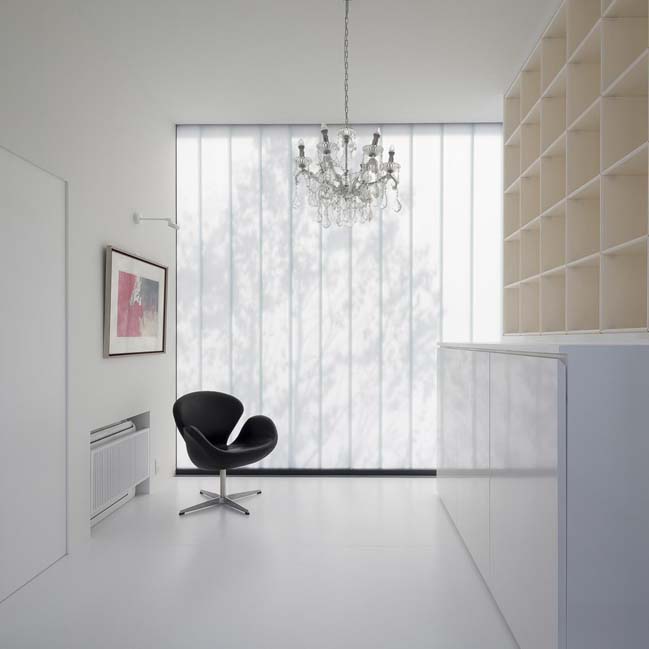 The House for contemporary art by F.A.D.S

05 / 21 / 2015 This contemporary townhouse was designed by Ryumei Fujiki and Yukiko Sato/F.A.D.S for an art appreciator and amateur artist who wanted a house like an art museum