commercial interior design, architecture in us

Situated in a 1950s-era, single-story building on Main Street in downtown Edmonds (a waterfront bedroom community north of Seattle), Leftcraft is a casual yet distinct local taproom... 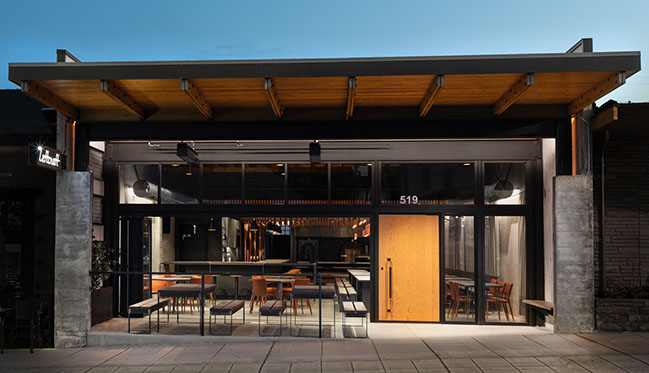 From the architect: Situated in a 1950s-era, single-story building on Main Street in downtown Edmonds, Leftcraft is casual and approachable, yet distinct from local restaurant and bar establishments. Rich materiality and an embrace of time-worn patina set the venue apart from other establishments in town.

The latest in a series of restaurants developed by the same owner, Leftcraft evolves the exploration of themes established in the most recent iteration. Here, the design explores and plays with themes of materiality, color, and texture and the contrast between new and old. 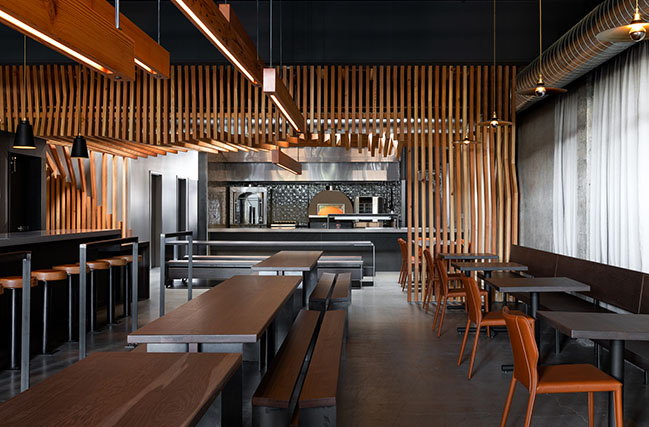 The infill building, modified at various times during its existence, features concrete walls and floors and a tongue-and-groove Douglas fir ceiling, all of which were cleaned and left exposed to express the building’s character. Eighty feet deep and just twenty-nine feet wide, the south façade features a fifteen-foot roof overhang which shelters an eight-foot-deep outdoor patio. The existing fixed front facade was replaced with bi-fold wood-and-glass doors to enhance the connection between the patio with the interior space. A clerestory band of windows runs across the top of the north, alley side of the building.

Seating for ninety is handled through a mix of bar stools, communal tables made of folded steel, and wood benches and small tables with chairs. Tables tops are also made of wood. Prominent in the space is a faceted wood screen that serves as a scale device, visually and physically dividing the space and breaking it down into cozier sized volumes.

Built from nearly two hundred two-by-six pieces of rough-sawn Douglas fir, the screen connects to the floor and extends up to the ceiling, folding, wrapping, and concealing the HVAC ductwork. Three sky lights were added to the ceiling to bring natural light deep into the space. Shadows, cast by light passing through the screen, animate the interiors, adding another level of drama to the space. Subtle decorative patterns are etched into Richlite panels, which makes up the vertical portions of the bar.

The patterns reference the lines defined by the wood screen, as well as a nod to the waves of nearby Puget Sound and the distant outlines of mountains. Custom-designed lights are suspended above the three central tables. The light fixtures, attached to the ceiling by delicate metal rods, are made from the same fir as the screen and feature LED strip lighting. 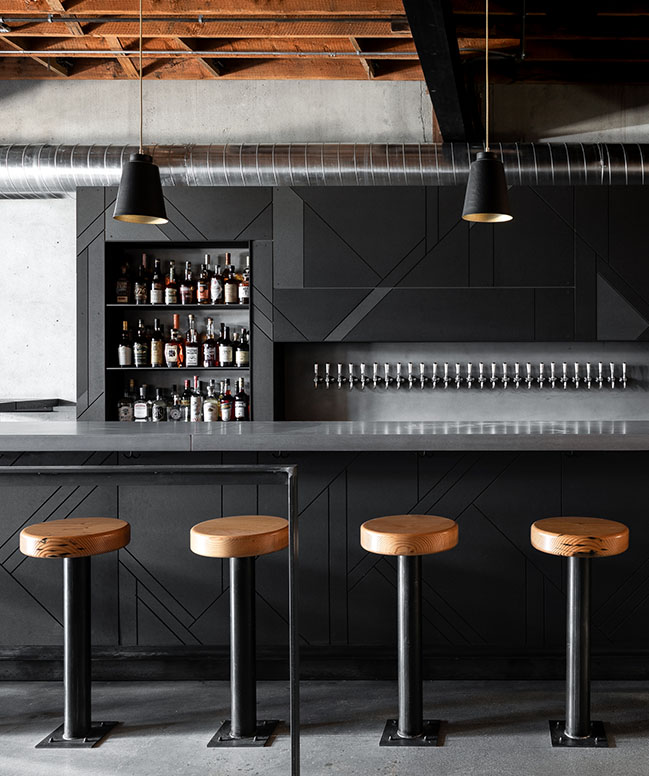 YOU MAY ALSO LIKE: GATXUPA bar-restaurant by Pura Arquitectura 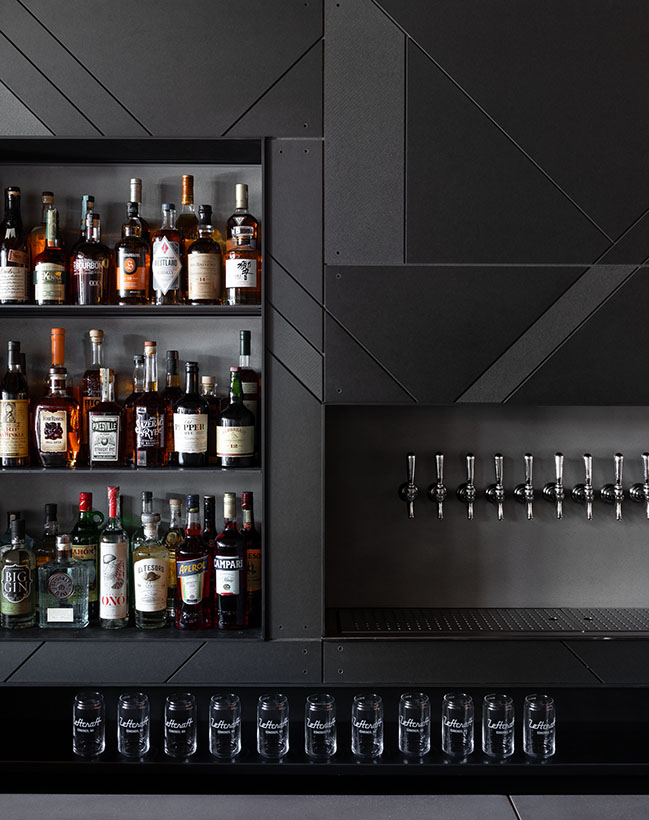 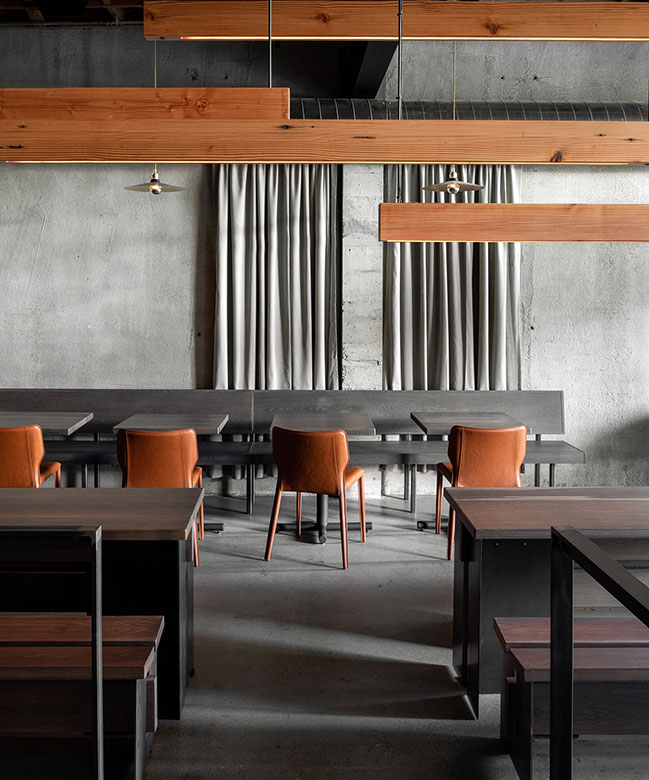 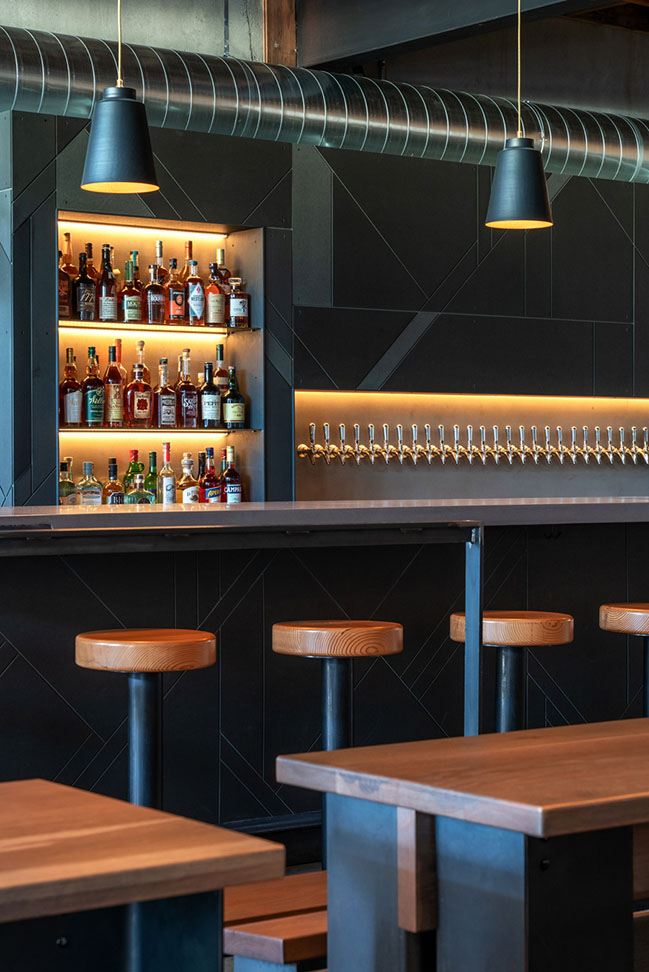 YOU MAY ALSO LIKE: Agostina Gennaro designs a bar in the city of Cruz del Eje 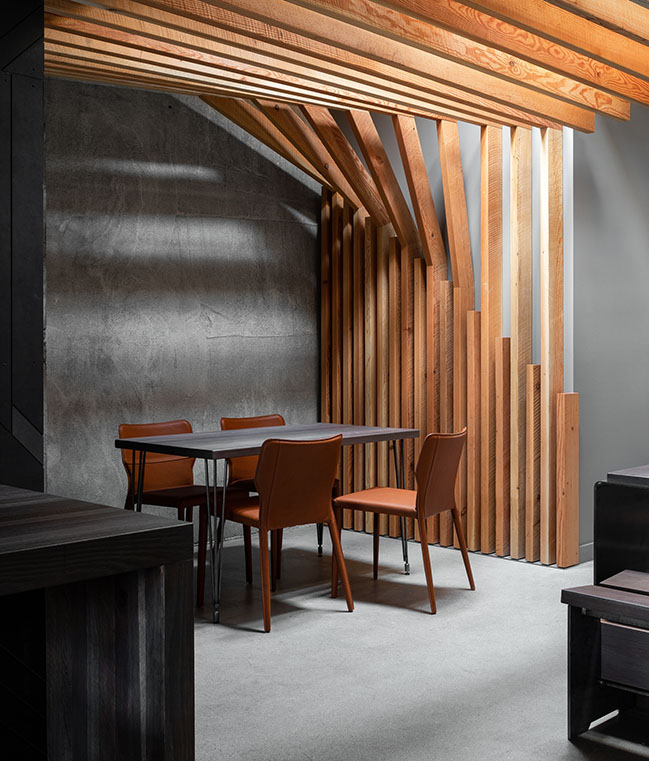 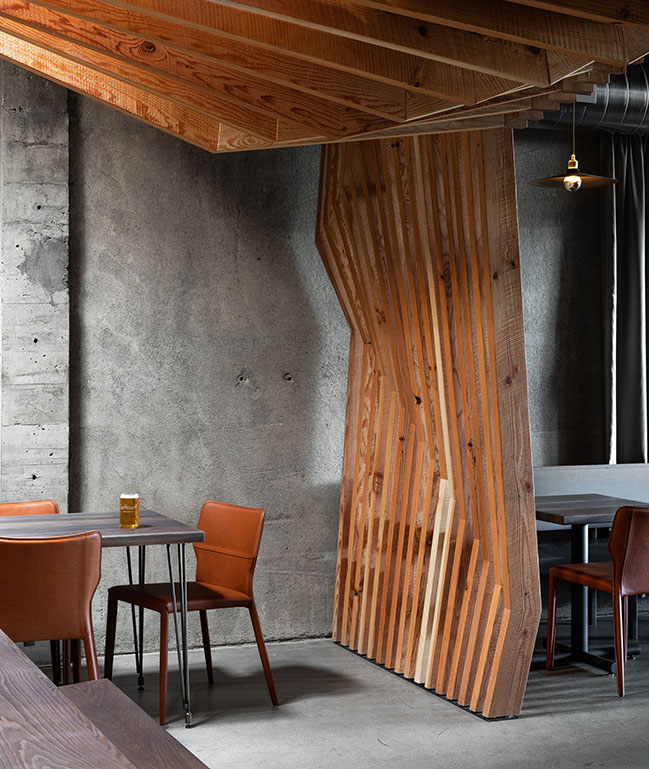 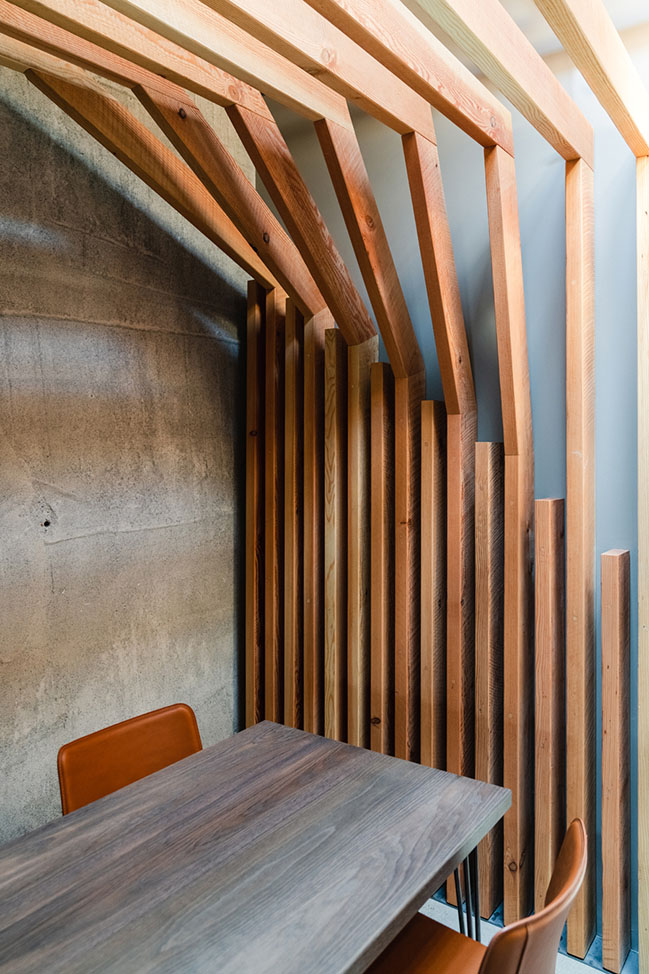 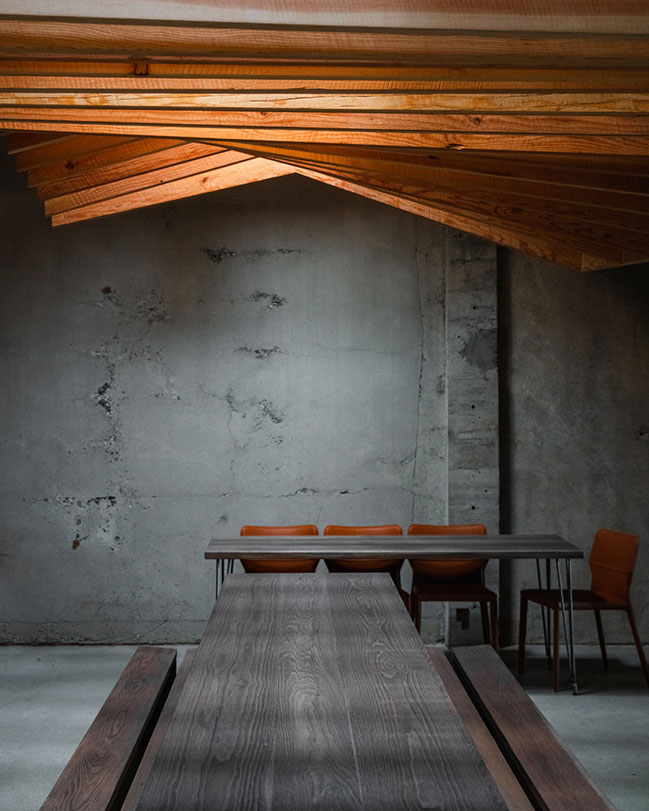 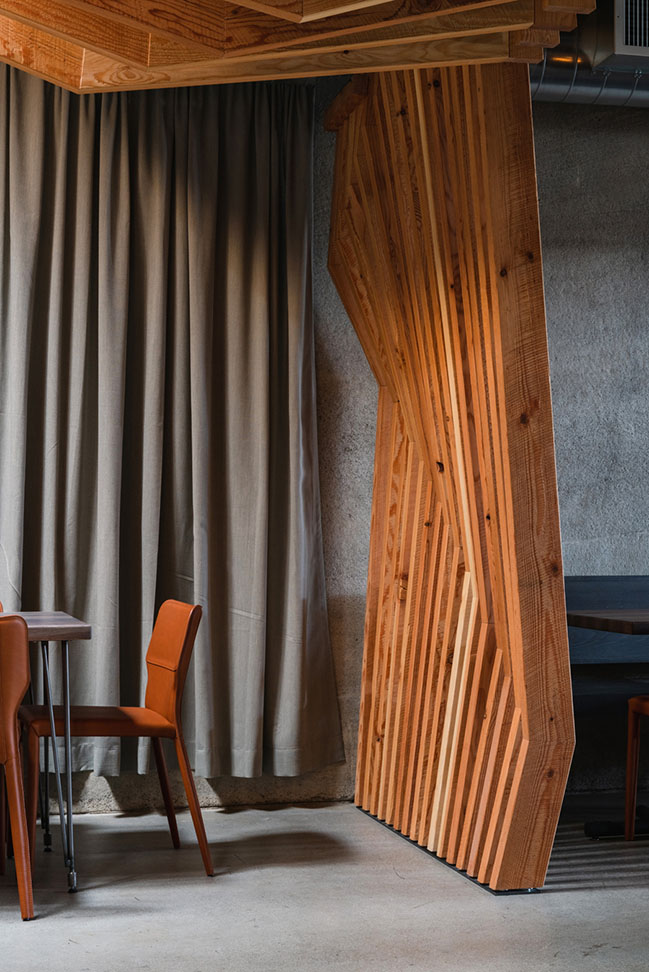 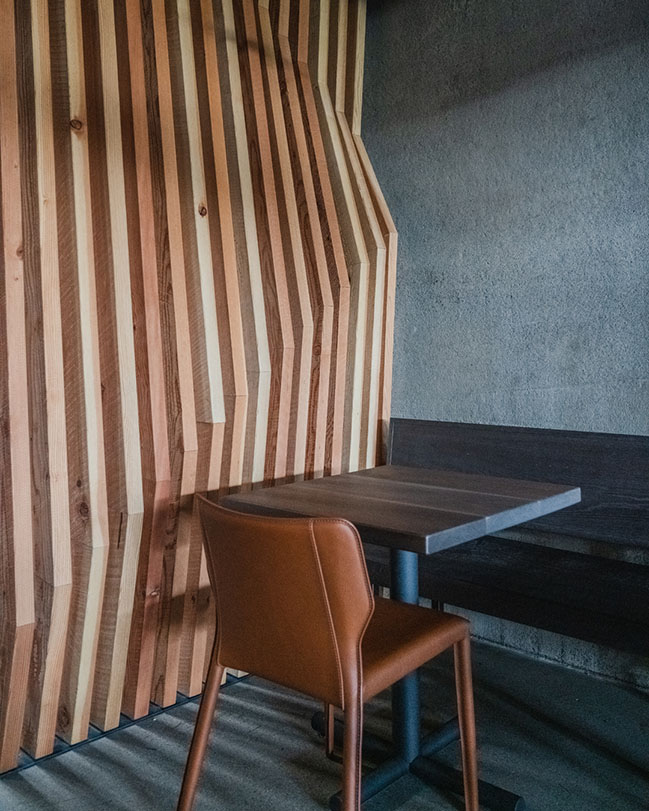 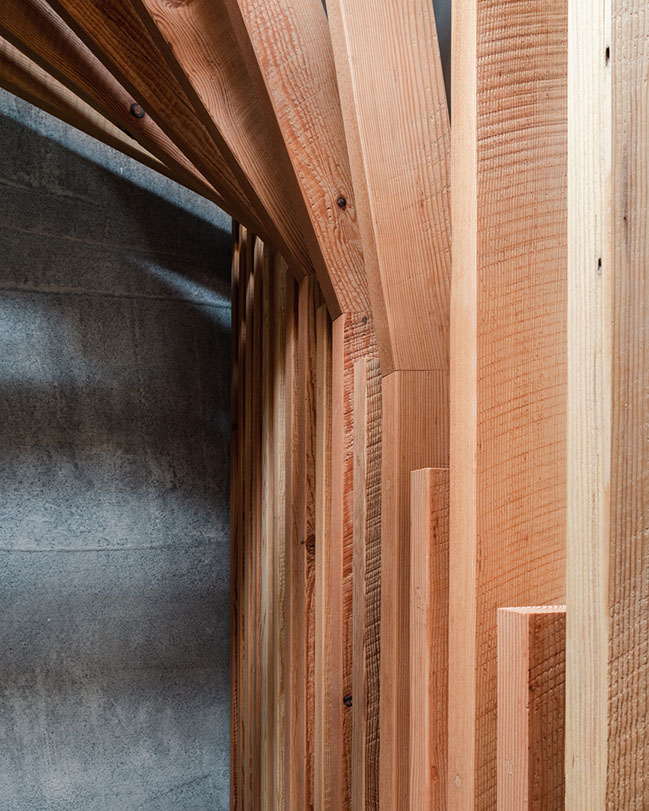 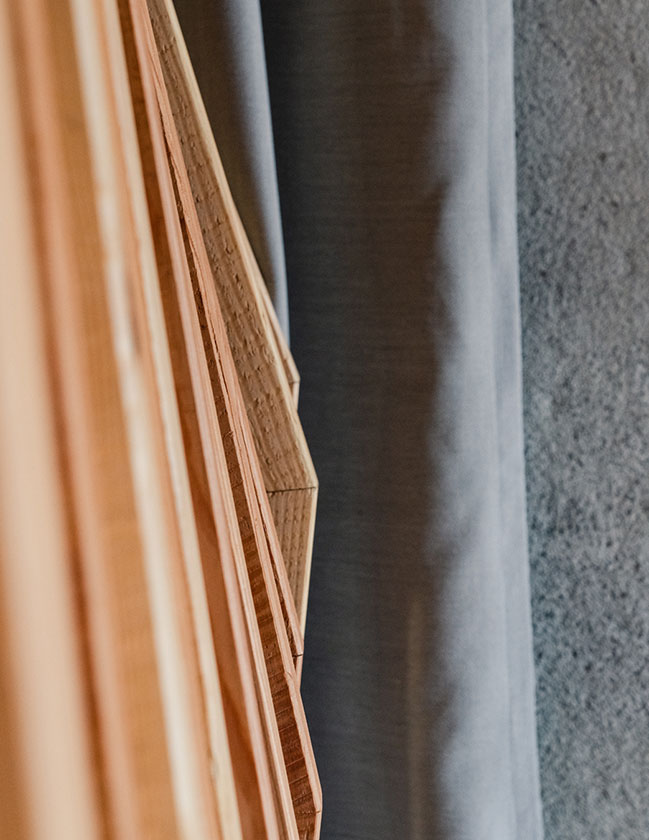 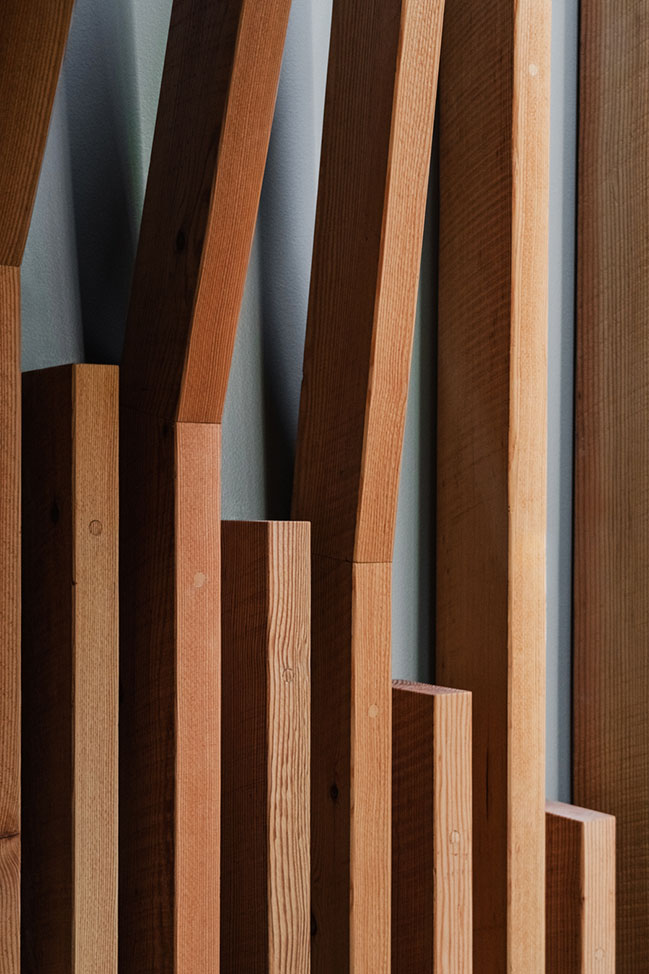 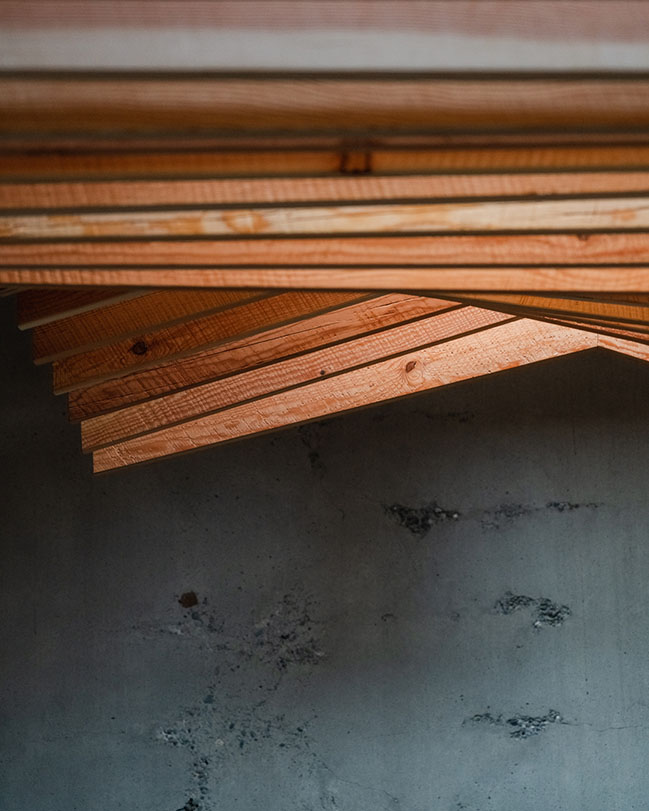 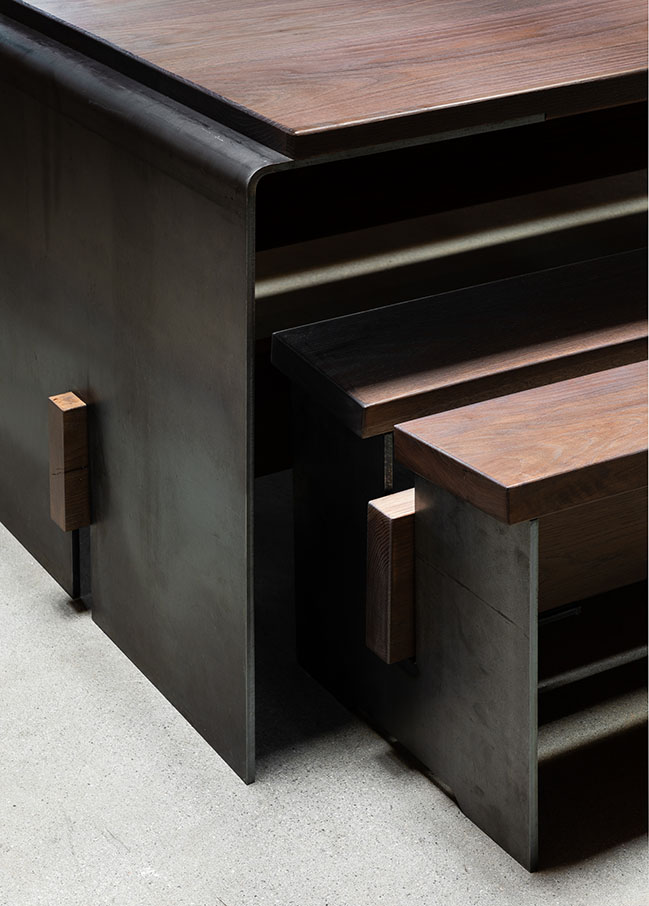 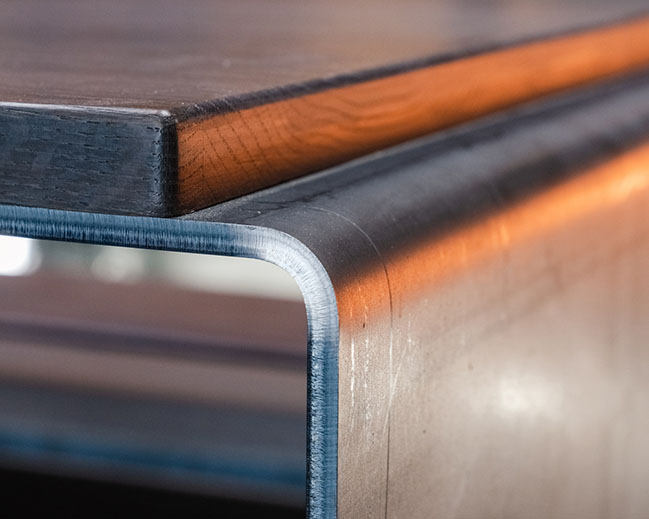 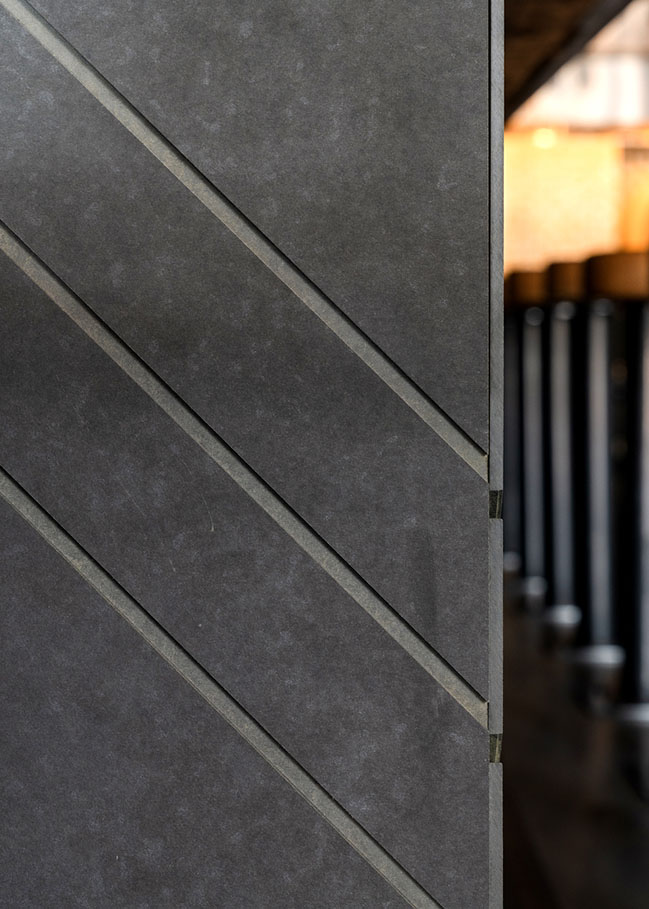 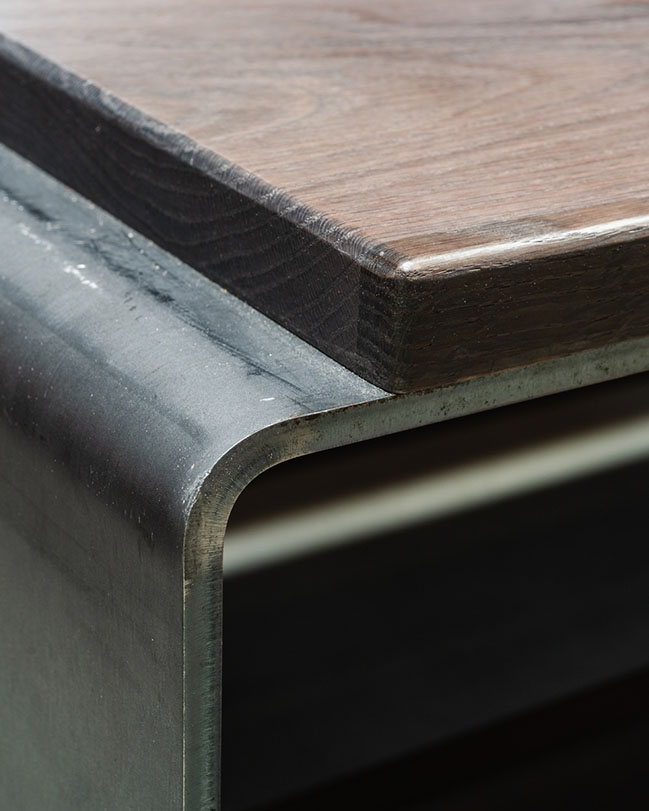 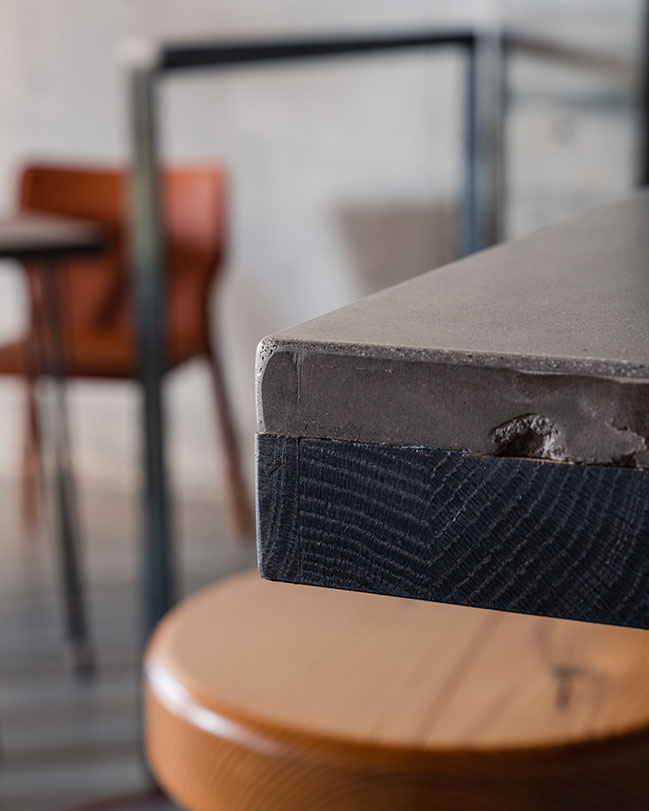 09 / 15 / 2021 Situated in a 1950s-era, single-story building on Main Street in downtown Edmonds (a waterfront bedroom community north of Seattle), Leftcraft is a casual yet distinct local taproom... 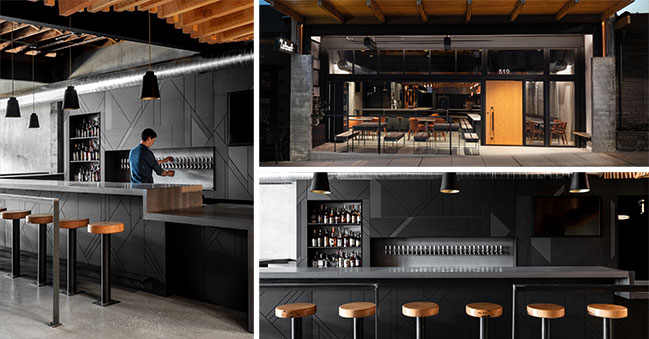