UNStudio has partnered with Monopol Colors, the paint specialists from Switzerland, to develop 'The Coolest White’, an ultra-durable paint that protects buildings and urban structures from excessive solar radiation – thus slowing down the urban heat island effect. 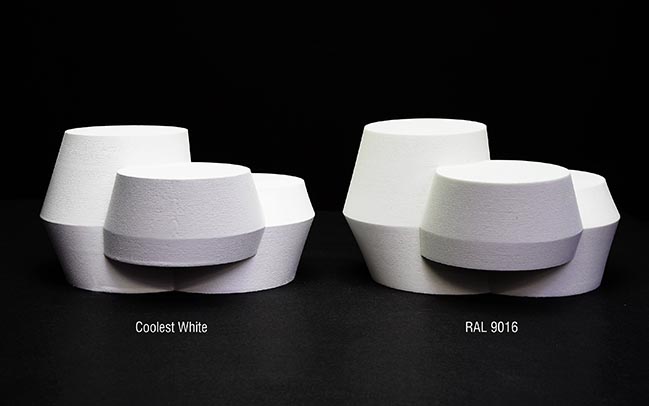 The dark-colored materials that are used to construct the buildings in our cities are one of the main causes of heat accumulation in urban areas. Buildings absorb solar radiation and store heat from the sun, which means they not only require large amounts of energy to achieve adequate interior cooling, but that the absorbed heat is also released into the surrounding urban environment. As global warming threatens to exacerbate this problem there is a pressing need for intelligent solar heat management solutions for our cities. 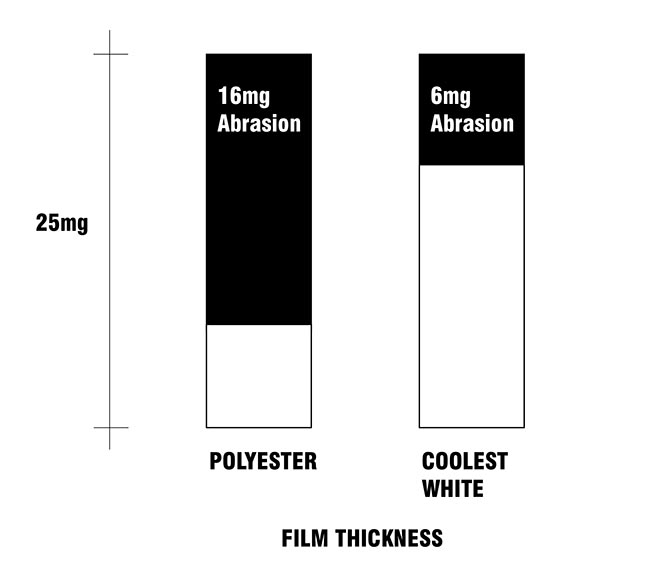 The Coolest White
The Coolest White’ provides not only remarkable protection against corrosion, but also achieves a TSR value which sets entirely new standards. TSR stands for ‘Total Solar Reflectance’, which, in simplified terms, designates the powers of resistance of a coating to the effects of sunlight. 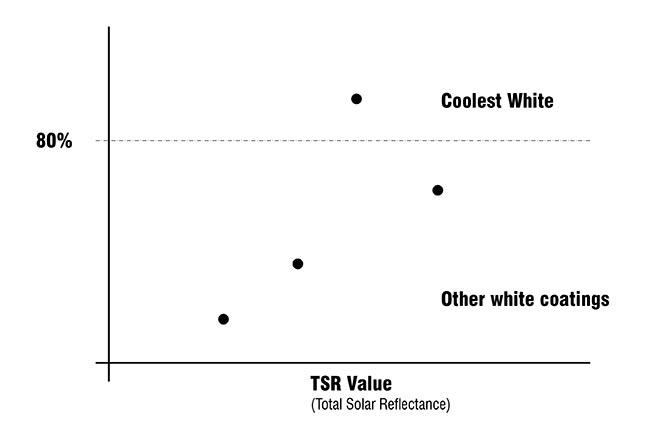 While darker materials absorb up to 95% of the sun’s rays and release them straight back into the atmosphere, this value can be reduced to 25% with a normal white surface. Now, with ‘The Coolest White’, for the first time ever, it is possible to reduce absorption and emission to 12%.

Ben van Berkel: “It is undisputed that our cities are rapidly getting hotter, so we have to ask ourselves how we can stop this trend. On the one hand, ’The Coolest White’ makes buildings more resilient, and on the other hand it can drastically reduce the urban heat load.”

Resistance
‘The Coolest White’ is based on fluoropolymer technology. It has long lasting and ultra-durable properties, such as improved abrasion resistance up to 75%, exceptional weatherability and excellent colour as well as gloss retention, which increases the lifecycle of the coating up to 30 years. The multilayered coating system was developed for high-quality metallic facade elements and aluminium, steel or fiberglass structures, such as those used mainly for industrial and commercial buildings, shopping centers, hospitals, factories, bridges or residential buildings.

Lionel Schlessinger, Owner and Managing Director of Monopol Colors: “On the one hand, heat from buildings is released into the environment, while at the same time the necessary cooling of the building increases energy consumption. In view of global warming, this is a vicious cycle we have to break out of as a matter of urgency. When you think that, after only the next 30 years, 68% of the world’s population will be living in towns and cities, it is certainly not wrong to tackle this issue very specifically in the urban environment.”

02 / 28 / 2019 UNStudio has partnered with Monopol Colors, the paint specialists from Switzerland, to develop The Coolest White, an ultra-durable paint that protects buildings...