For the renovation of Bennington College's Commons building, originally built in 1932, Christoff:Finio Architecture (C:FA) transformed the campus's beloved but dated centerpiece into a contemporary hub for academic and student life. The first substantial upgrade to the building since the 1930s, the renovation reinforces Commons' Beaux-Arts character while updating it to meet the performance and programmatic needs of the college community for decades to come. 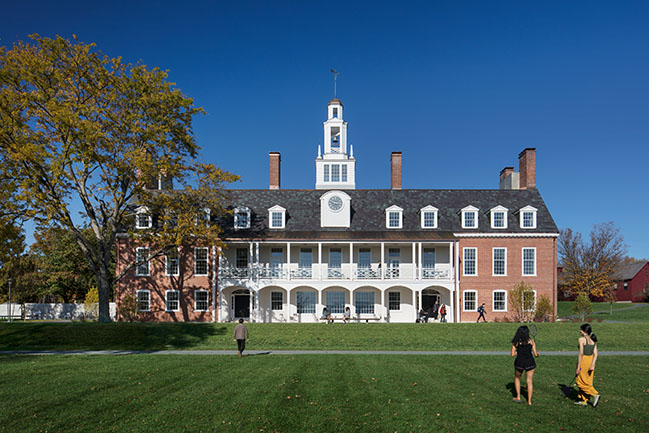 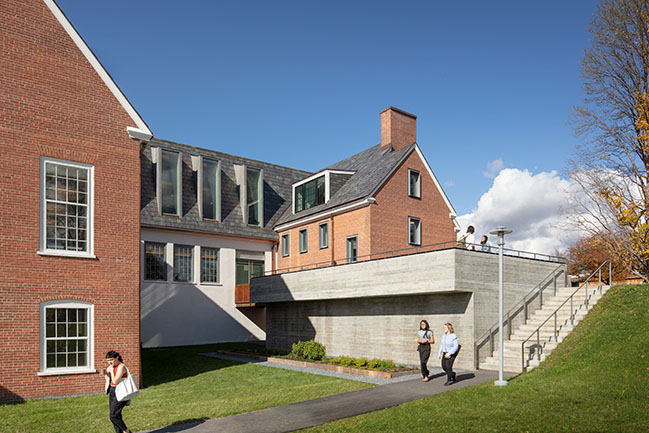 From the architect: To achieve this, the renovation maintains the historic southern facade, adds a contemporary new entryway on the northern facade, cuts a pedestrian pathway through the building to connect the halves of campus it stands between, brings 16 new classrooms online, and doubles dining capacity—all without expanding the building's footprint. 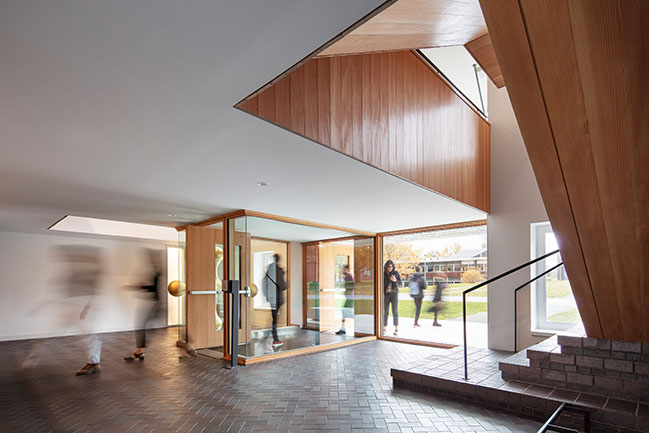 Historically the core of both social and academic life at the small liberal arts college, Commons remains the only building at Bennington that combines social areas, study lounges, and classroom space into a single center for learning and student life. As the only place on campus that serves meals, the entire college community—from students to faculty and administrators—convenes at Commons throughout the day for breakfast, lunch, and dinner. But, as Bennington College expanded, Commons could no longer adequately serve the growing student body. 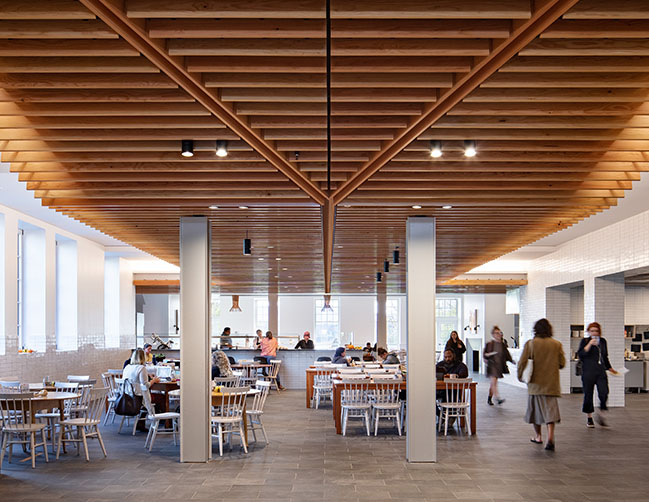 The renovation restores Commons to its historic role as a campus hub, drastically enhancing programming by bringing 12,000 square feet of space online that had sat unused for decades because of building code restrictions. By implementing a new mechanical system and adding new elevators and accessible entryways, C:FA brought this space up to code and used it to introduce 16 new classrooms and the Peer Learning Lab. This signature cross-disciplinary center supports peer-to-peer instruction, group collaboration, and individual study. 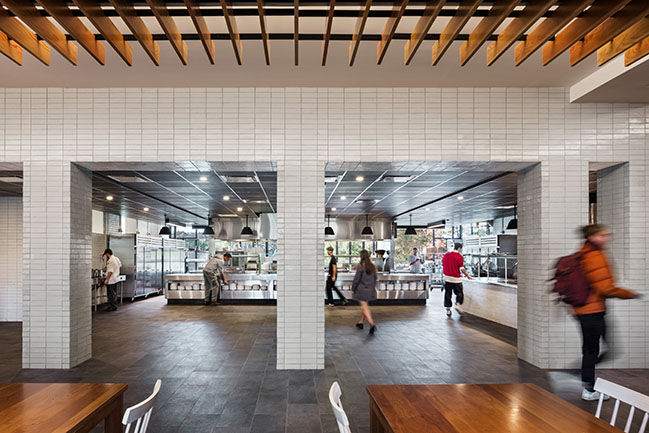 The renovation also adds gathering spaces throughout the building, including a new bookstore, a cafe and bakery, and several lounges. These spaces, combined with new classrooms and an enlarged dining facility that increases capacity from 450 to 1000, remakes Commons into a vibrant campus center where students and faculty gather to convene, study, eat, and socialize. 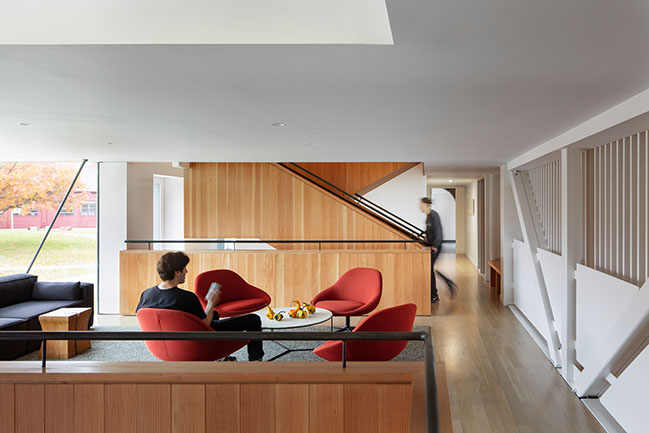 Further, C:FA cut a new pathway through the building, linking the two halves of campus it stands between into a single cohesive landscape. In the original 1932 campus plan, Commons defined what was then the College's northern edge. Flanked by colonial houses, Commons' monumental southern facade anchored the Great Lawn, while the smaller north wing was initially used only as a service entry for back-of-house operations. 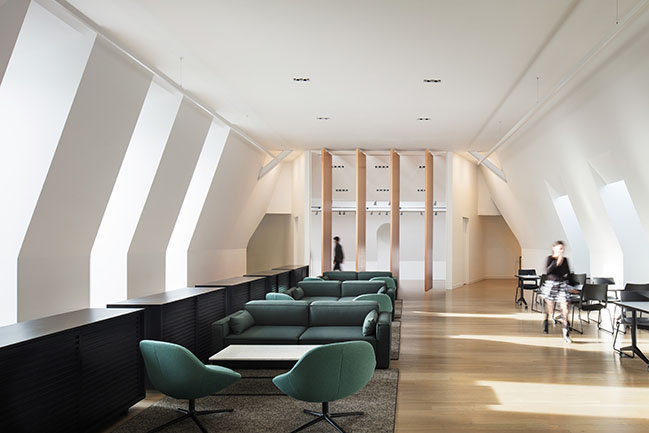 But as the college expanded northwards, Commons became the geographic center of campus—a condition at odds with its original design as a bookend building. The small back-of-house entry now featured prominently in the Bennington landscape, and the building—never meant to be transversed from north to south—had convoluted interior pathways that impeded pedestrian circulation between the campus's two halves. 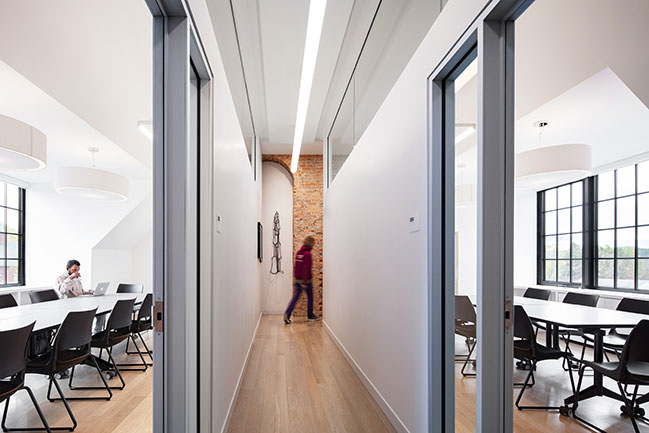 The renovation resolves this, remaking Commons as a gateway that joins the two halves of campus and establishes connections between the interior life of the building and the surrounding landscape in all four cardinal directions. By adapting the back-of-house food preparation spaces into front-of-house open kitchens, C:FA opened up central north/south and east/west passages through the building. A new double-height glazed entry on the north side acts as a beacon that ushers visitors into the central spine. The design of the entryway reinterprets the building's original Beaux-Arts geometries in a contemporary architectural language, paying homage to the building's heritage while lending it a distinctive new presence. 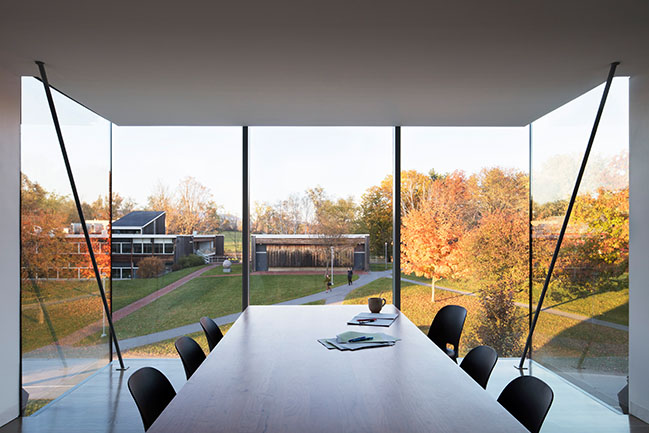 Throughout, C:FA also upgraded the mechanical systems and introduced 21st-century sustainability measures to maximize energy efficiency and prepare the building to transition to geothermal energy sources. Before the renovation, there had been no cooling capacity in the building. The renovation introduces these systems, improving the building envelope to allow two large energy recovery ventilators to be used. These ventilators—which currently run off the campus's biomass steam plant—are configured to transition seamlessly to geothermal energy sources. Further sustainability measures include heat pumps on a single water loop that allow energy to be shared throughout the building, and low flow fixtures in the gender-neutral bathrooms. 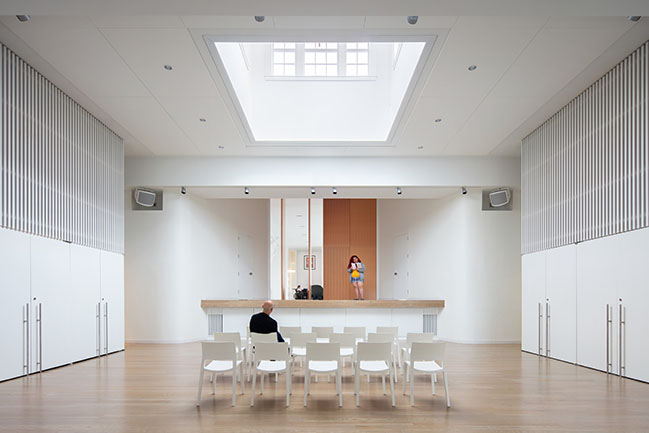 YOU MAY ALSO LIKE: Brighton College School of Science and Sport by OMA / Ellen van Loon 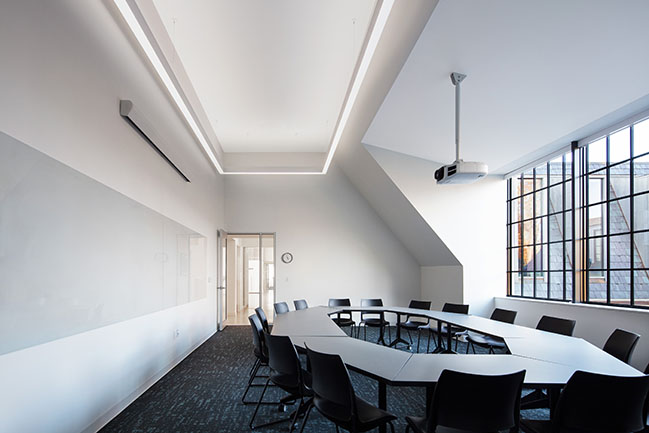 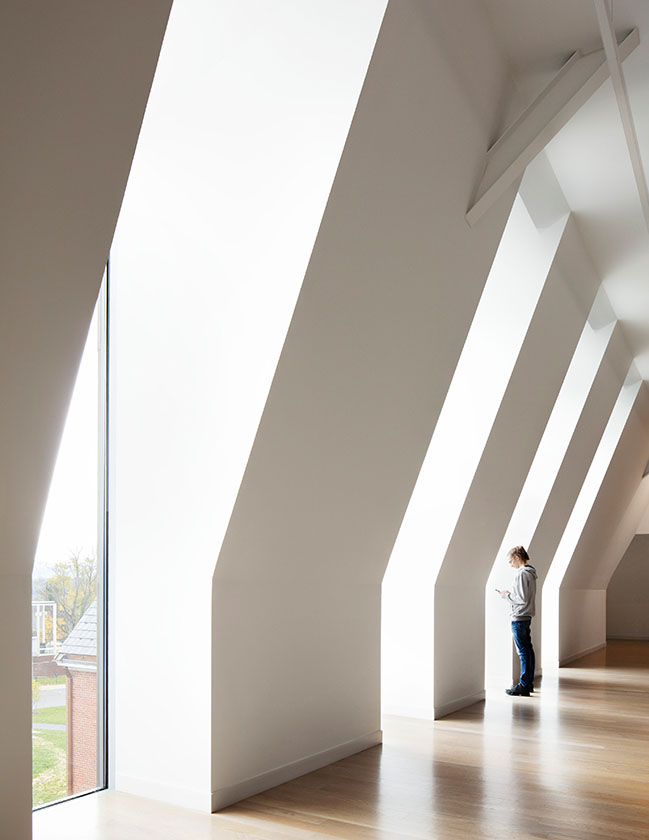 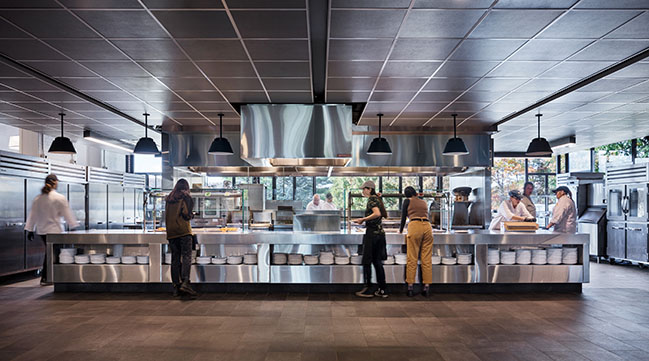 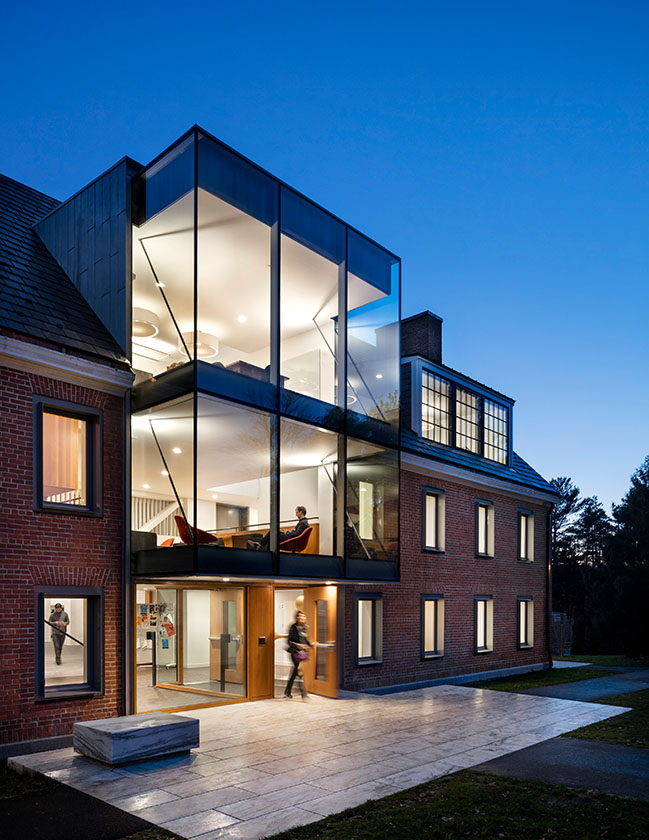 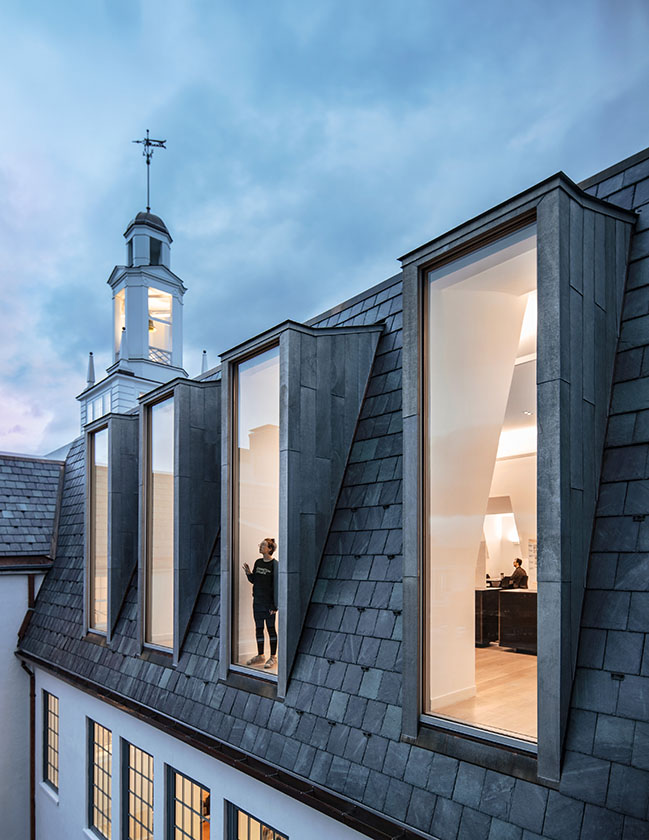 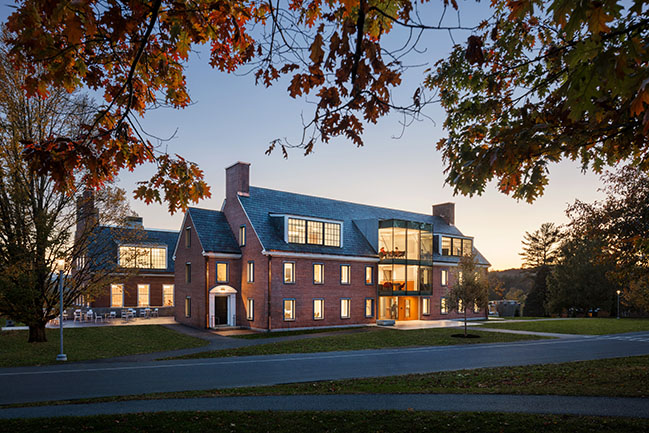 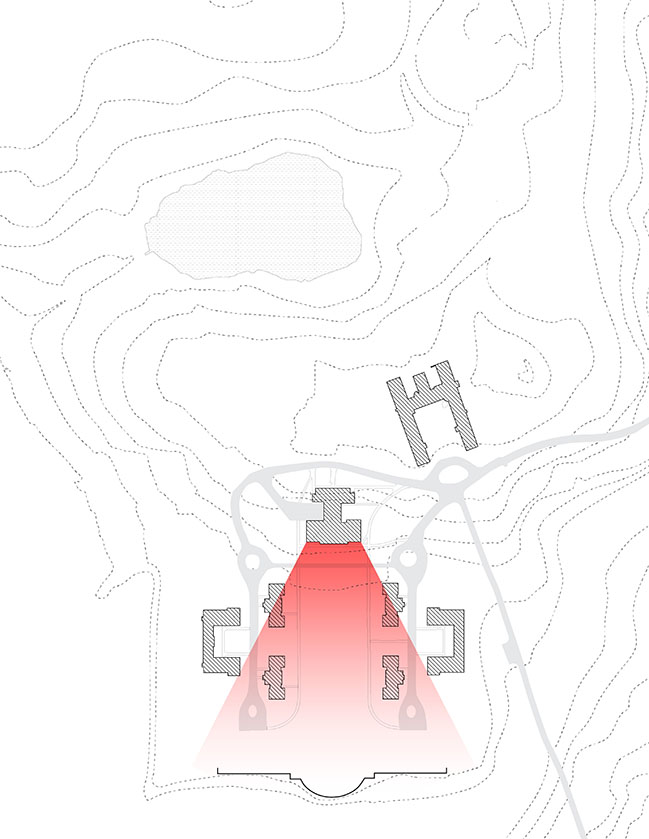 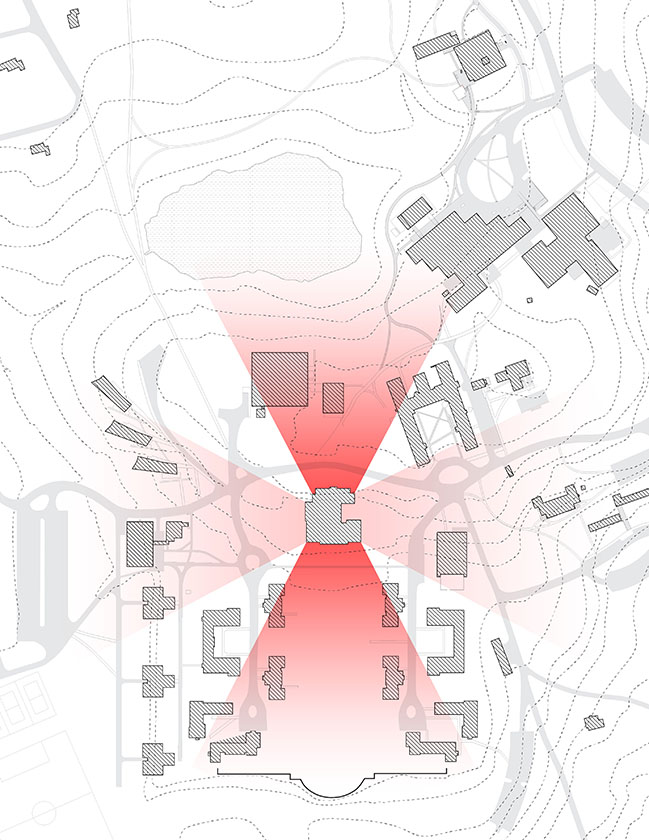 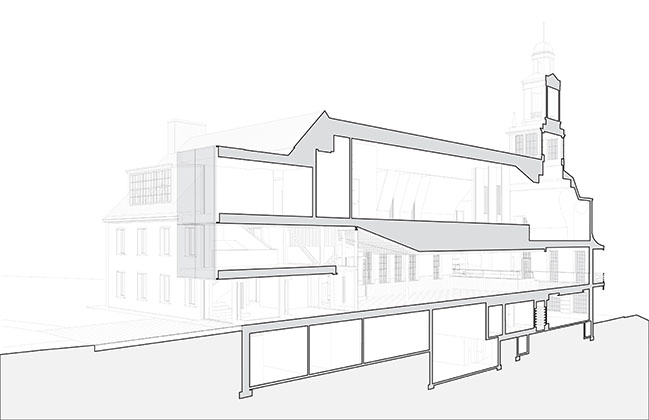 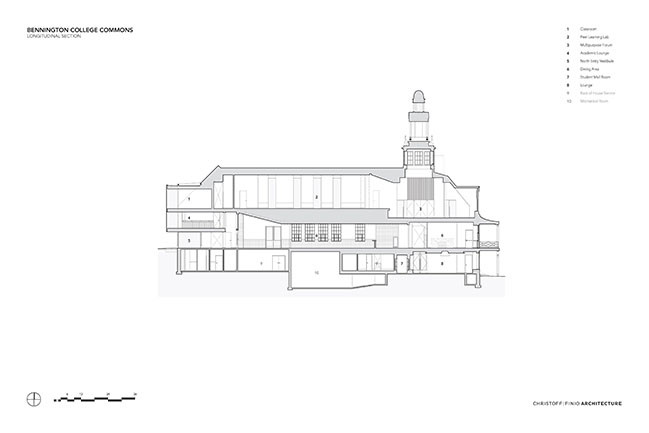 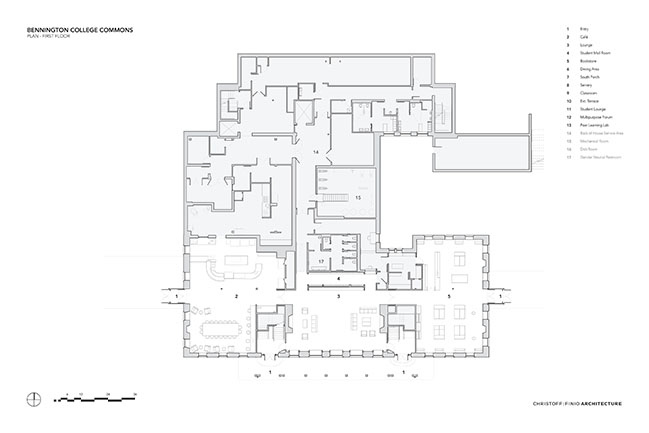 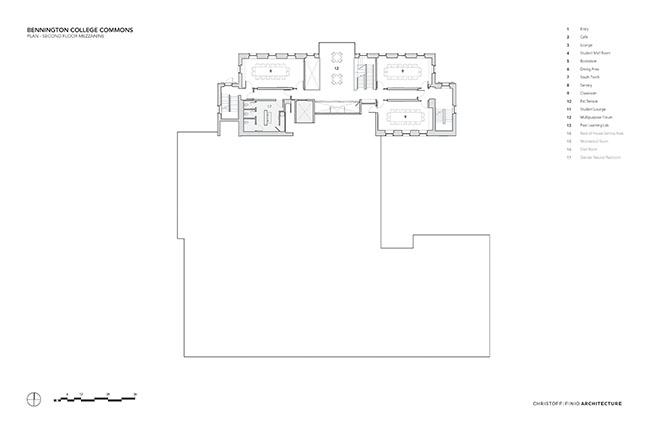 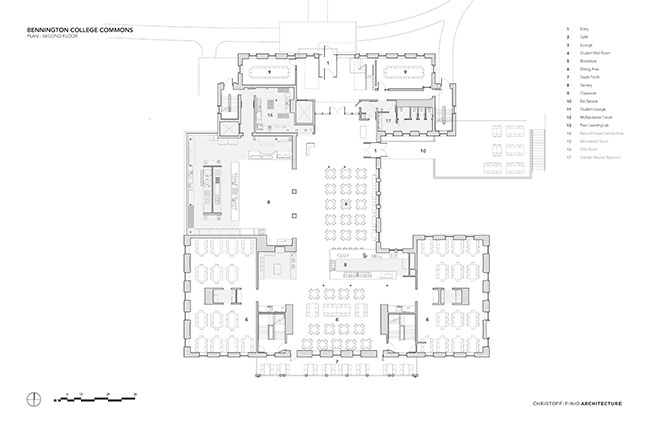 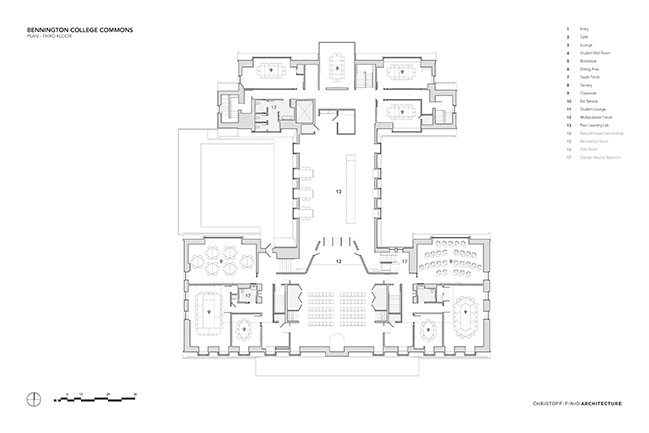