The Italian Studio Vudafieri-Saverino Partners has developed a new concept for the China’s leader in the sale of high-end furnishings: 4 new Flagship Stores, where architecture and interiors become symbols of Italian elegance and style. 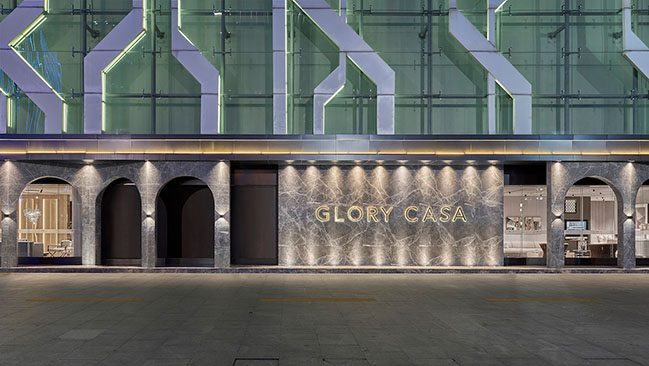 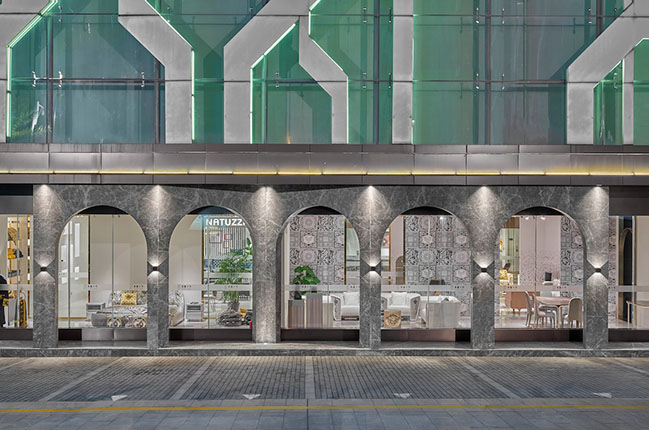 The Italian sprit and atmosphere are the leitmotif of the 4 new Flagship Stores in Beijing, Shanghai, Shenzhen and Kunming, recently opened in four prestigious Shopping Malls.

The Milan and Shanghai-based architecture Studio - which has great experience in fashion retail, having worked for brands such as Delvaux, Pucci, Tod's, Roger Vivier, Moschino, Sonia Rykiel... - has been called on to create an unequivocal aesthetic register for the new Glory Casa addresses. The aim was to design distinctive, signature spaces, capable of expressing instantly the savoir-faire and aesthetic essence of Made in Italy. 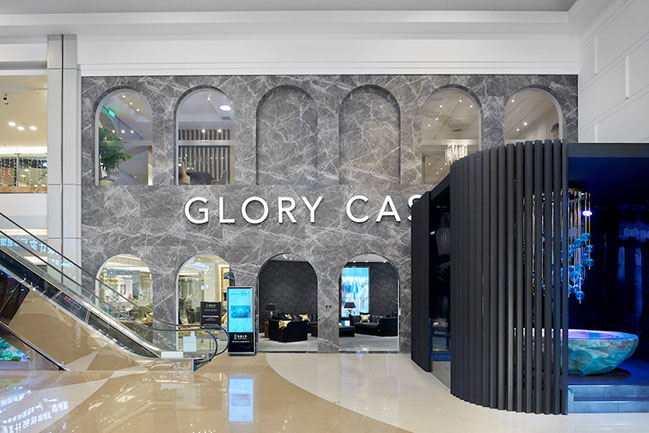 "Italian style, passion for beauty and high craftsmanship: these are the keystones of our project for Glory Casa. The showroom needed a soul, a space suitable for hosting some of the most prestigious Italian furniture manufacturers: the idea was to use an Italian architectural code to represent the values of the brand”, said architects Tiziano Vudafieri and Claudio Saverino. 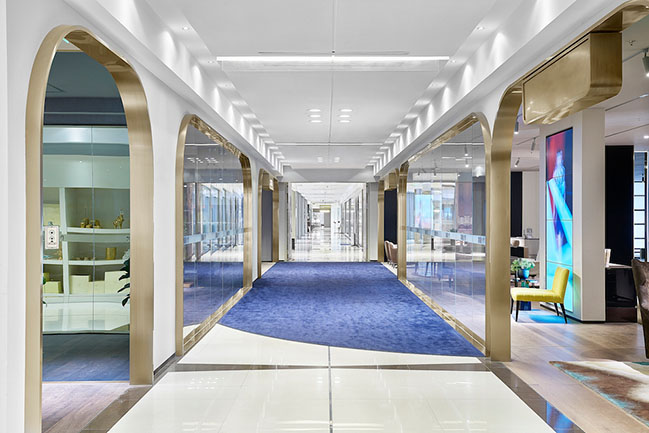 The iconic element of the new Glory Casa flagship stores thus becomes the round arch, which characterises the spaces: from facades to interiors. The purest of structural elements, an archetype chosen as a symbol of Italian architecture, from ancient times to the present day. 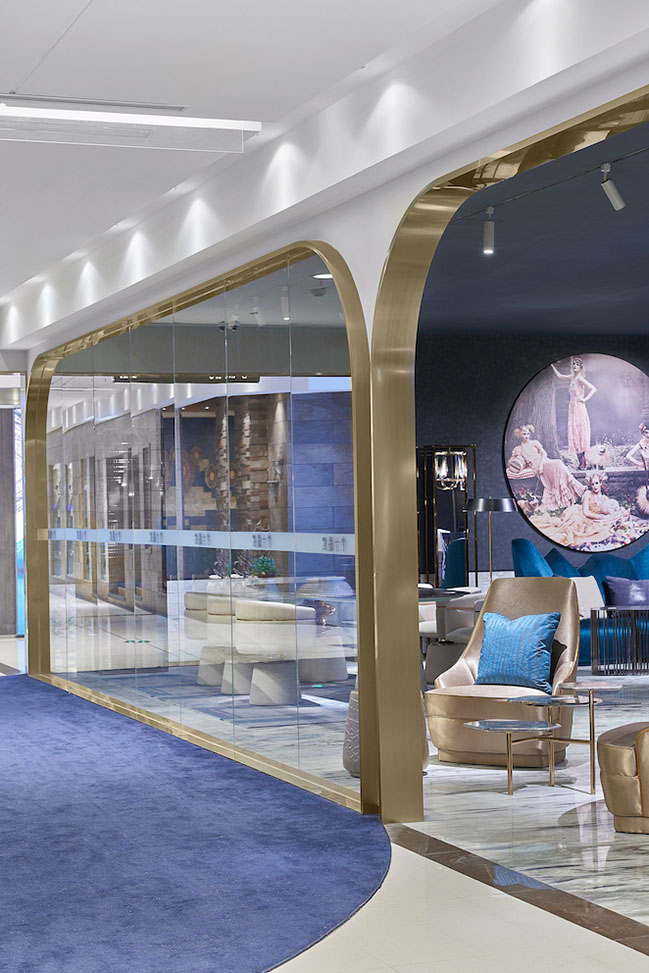 Clad entirely in grey marble, the arches of the exterior facade mark out wide porticos of striking visual impact, creating an ideal walking space. The aim is to recreate the porticoed streets typical of Italian towns, giving people the feeling of being in Italy and, at the same time, inviting them to have a look in the windows. The large shop windows, which give a good view of the collections inside, are interrupted by solid marble walls: a solution adopted to preserve a certain level of privacy and exclusivity for customers inside the store. The same arches are also found in the interior facades - which define Glory Casa spaces in the Mall - allowing to stand out from other brands with outlets in the Centre. 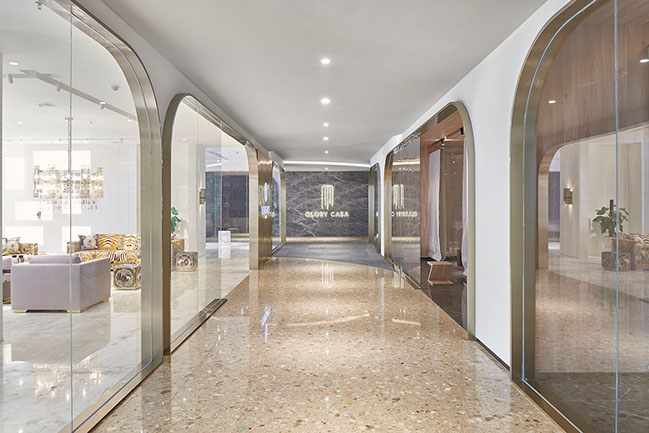 Vudafieri-Saverino Partners also designed the interiors layout and the distribution of spaces that cover surfaces from 1100 to 3800 square metres. The floor plan allows customers to visit different commercial areas flexibly and without the feeling of following a forced route, as if the layout were the background landscape for a walk between places and stories redolent of distant evocations. The common areas (reception, VIP room, information desk and shopping services) alternate with a series of mono-brand rooms: "architectural boxes" customised by each furniture company. Glory Casa's visual identity is expressed through suggestive metal arches marking the passage from one space to another. The brand thus preserves its DNA, allowing the visitor to inhabit the space naturally.

By using an Italian architectural code, the Glory Casa concept has given soul and identity to a showroom that non only aims to sell luxury products, but to offer Chinese customers a different lifestyle. 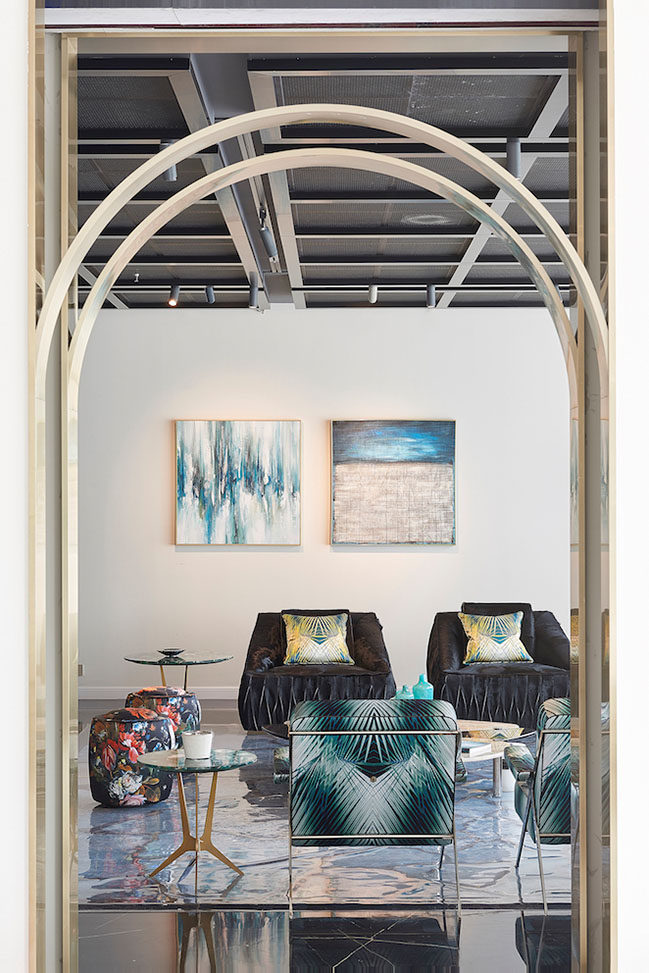 YOU MAY ALSO LIKE: Latteria restaurant by Vudafieri-Saverino Partners 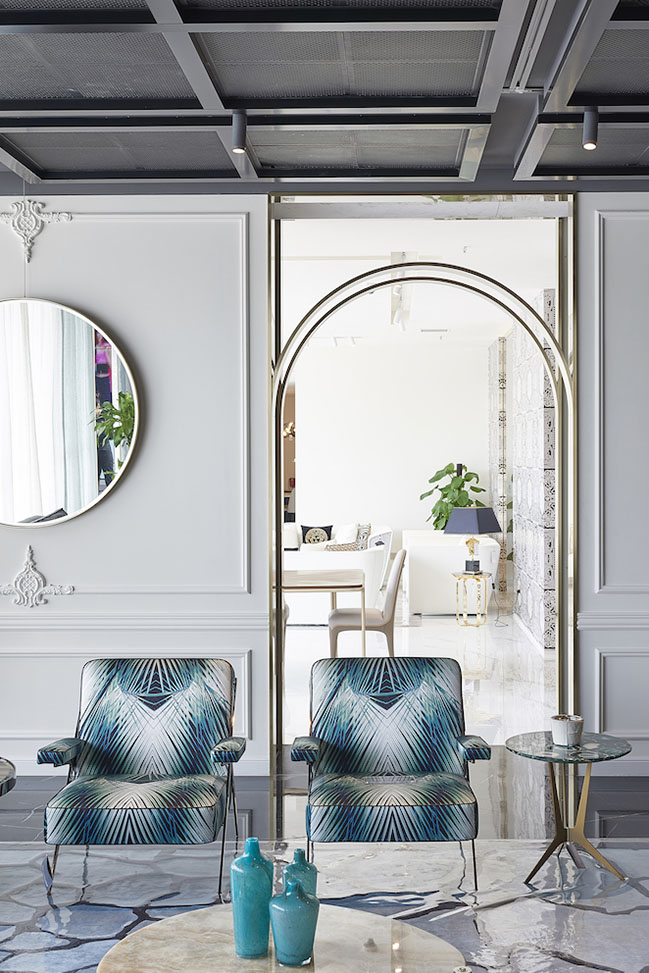 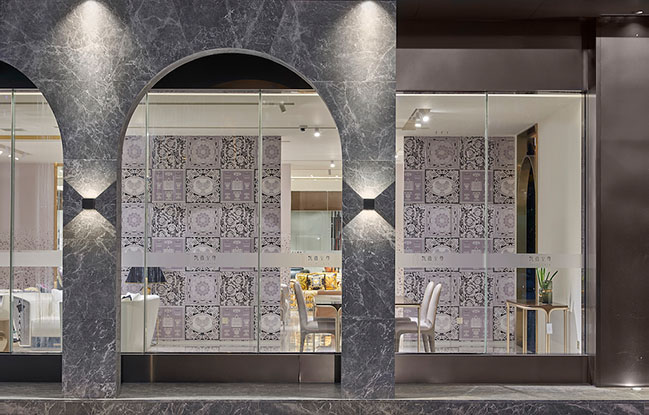 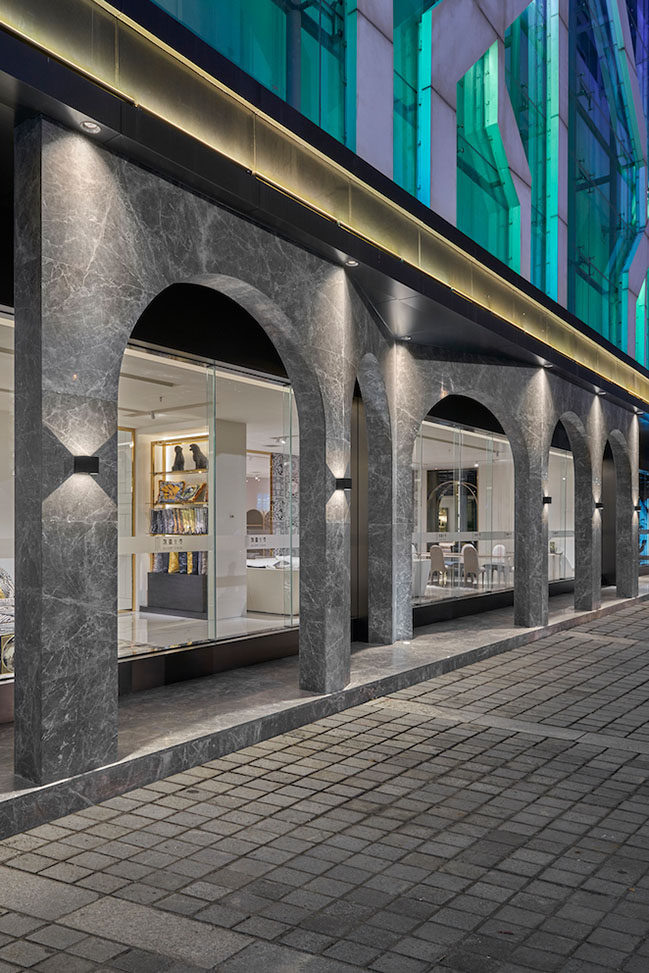 YOU MAY ALSO LIKE: Delvaux Le 27 by Vudafieri-Saverino Partners wins the Prix Versailles 2019 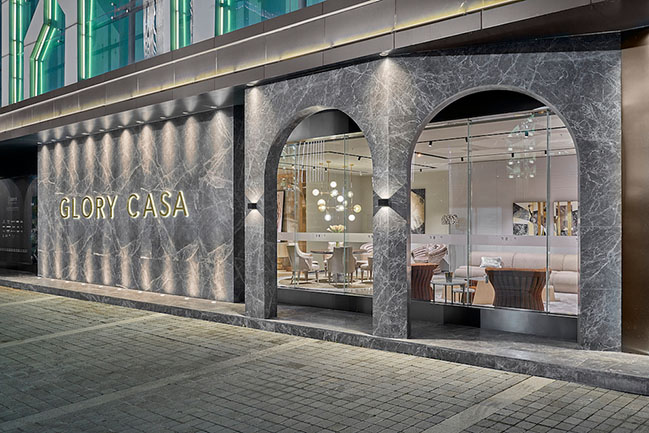 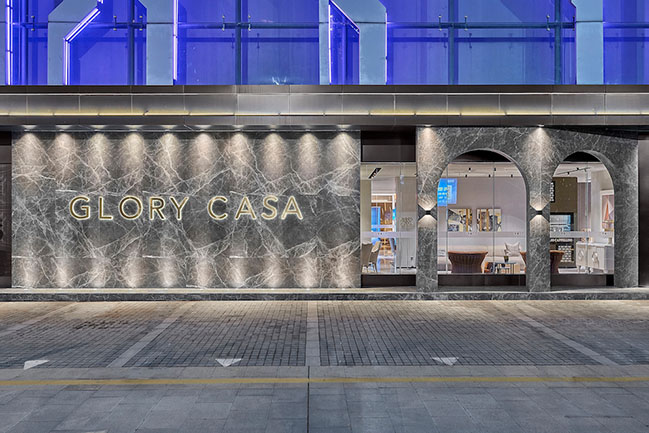 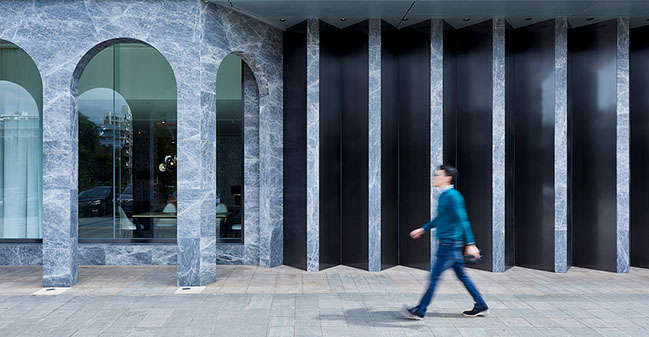 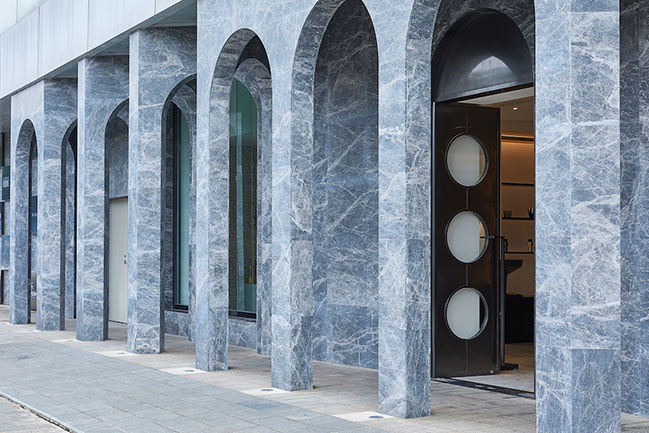 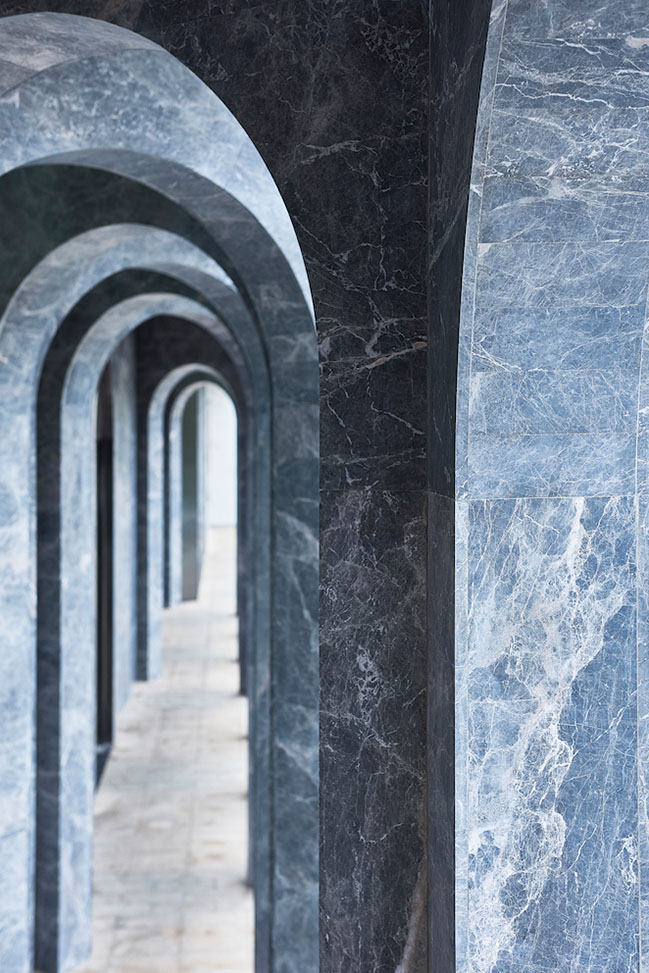 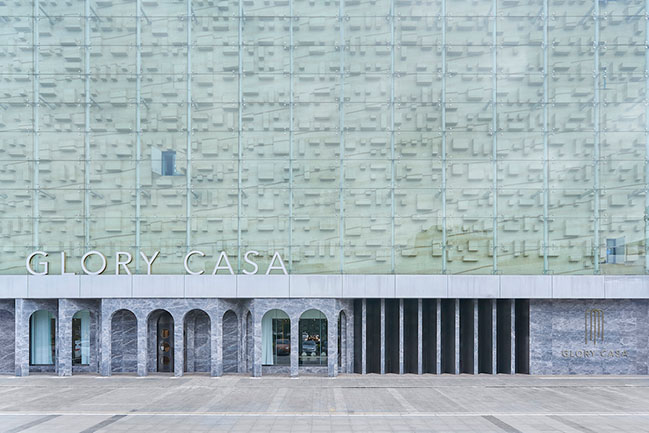 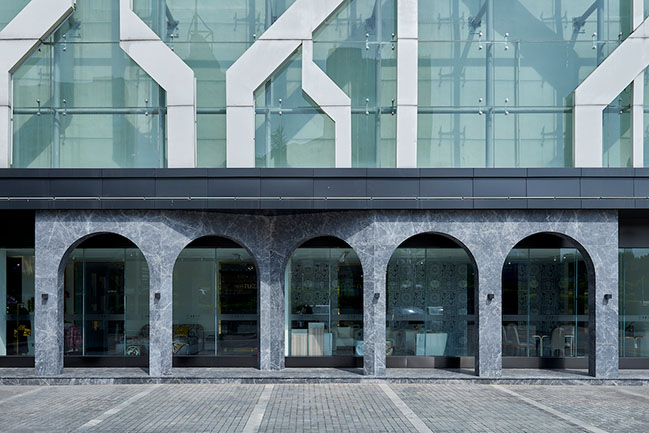 01 / 19 / 2020 The Italian Studio Vudafieri-Saverino Partners has developed a new concept for the China's leader in the sale of high-end furnishings: 4 new Flagship Stores...