İki Pınar Mosque is proposed as a multi-functional and “usage-oriented" place of worship in the Çayyolu area of Ankara. 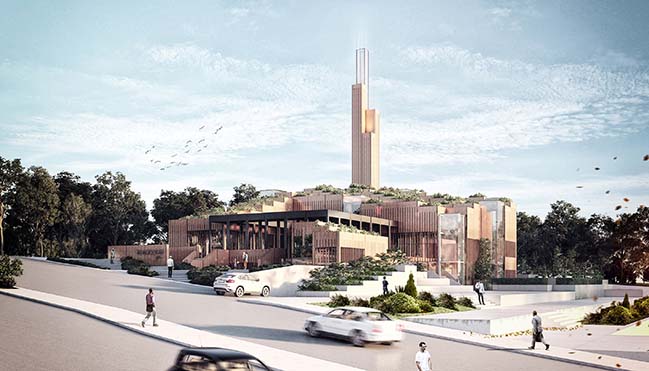 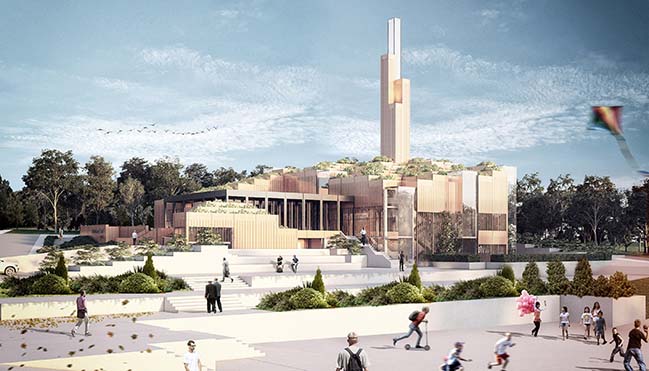 From the architect: The İki Pınar Mosque, which have been proposed by expanding the typological context of traditional places of worship, are designed to explore the relations of the city scale and to rethink and reconstruct the internal program of the place of worship. The mosque was considered as a whole together with the parks around the project area. 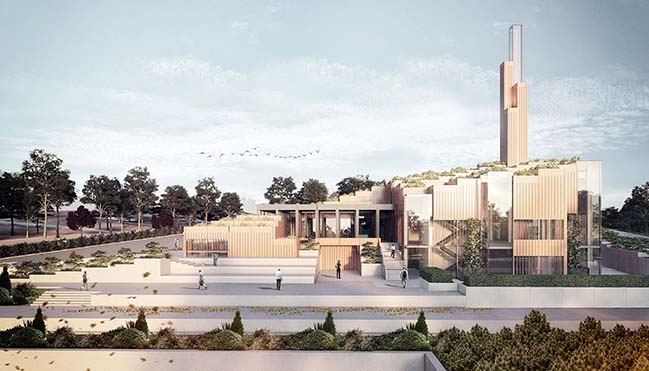 İki Pınar Mosque provides the project plot to act as a transitional area within the city with its own simple program and proposed additional functions. The design is inspired by the flexibility of different uses, without relying on formal and symbolic references of a tradiitonal mosque, excluding the mandatory elements required by Islamic architecture. The proposed urban grid allows different material techniques to be applied and its fractal solution allows for flexible uses of the elements of the structure by adding, decomposing, re-inserting, or removing. In this way, the structure is not a symbolic object that is perceived in the distance of the city, but it is transformed into a structure which is circulated in and around and transforms into another form in every hour according to the movement of the sun. 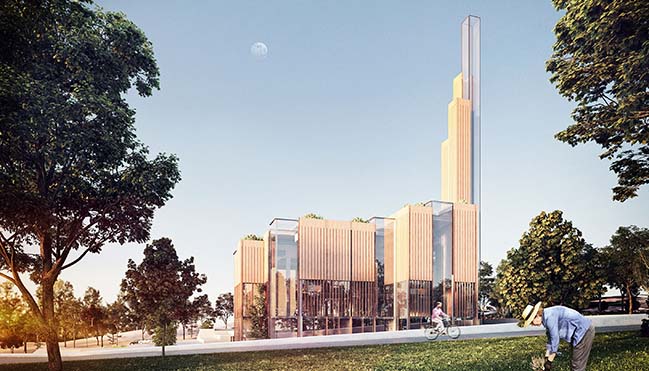 Addition of other functions to mosques is evaluated, as a mandatory part of the program, in terms of two aspects. First, the structure can be more actively integrated into the city’s daily life, and the second is the optimization of the space according to the changing needs. In addition to the functions demanded in the program of needs of the place of worship, the conference hall, meeting rooms and the education center have been proposed as a sustainable element that contributes to the economy of the structure. In addition, a tea house, a family counseling center, a book reading room and a sales center were designed in different volumes, scattered in the main building’s courtyard entrance. The courtyard is an important element in the traditional typology of the mosque, and it has been described as an intermediate space before entering the place of worship, and as an open place of worship where the capacity of the interior space is not enough. 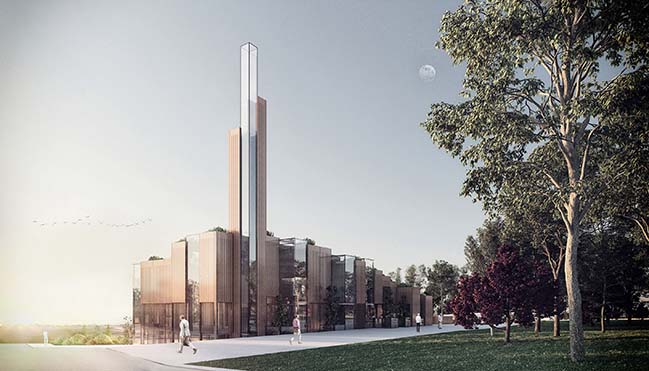 Thanks to the level differences found in the height of a floor around the land, each function is designed to be directly accessible from the minimum point and not to interrupt the usage scenarios. While the main hall of the mosque is defined at the entrance level, worship place for women is designed on the mezzanine floor, and a kindergarten, playground, conference hall and parking lot are placed at the lower levels. The minaret, defined as the most important symbolic and functional element of the mosques, has been elevated here as the highest module of the main hall and has become a part of the structure tectonics by breaking away from the traditional minaret perception in the structure integrity. The interior spaces are designed to receive natural light from all directions and have different effects with the shadows of the recommended vertical elements. 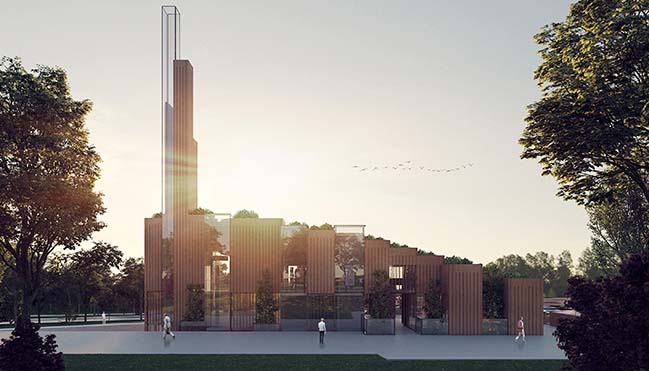 The structural system of the structure is made of steel and reinforced concrete. Composite elements with high insulation value, consisting of metal and wood, will be used on the façade, except for the glass surfaces designed between the steel carriers as wall material. These composite elements designed in bronze-toned color palette, which makes vague of the impression of where the building begins and where it ends, also changes the structure dramatically with changing daylight at different times of the day. It is aimed to maximize the life of the building by implementing passive air conditioning strategies in the structure. Structural elements with high insulation values, high performance glasses, the use of herbal soil to prevent the formation of heat islands, the sandwich panels used in the walls, the double-walled facades used in the walls are the factors that contribute to the quality and high performance of the building. 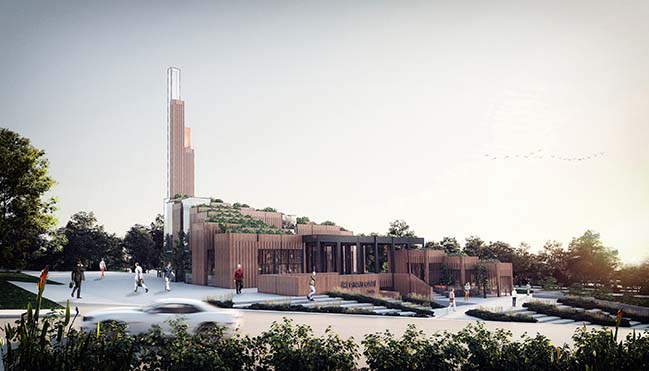 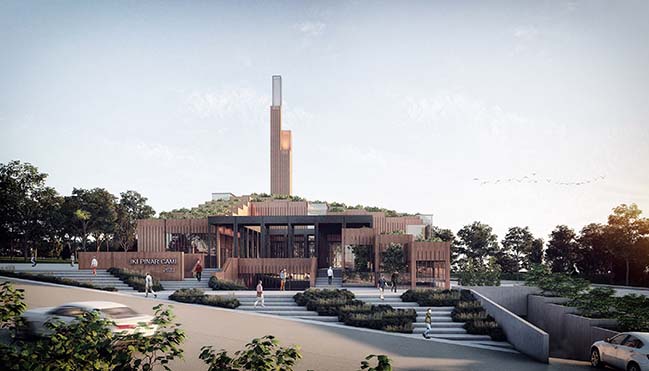 YOU MAY ALSO LIKE:
> Dubai Nhabitat by rgg Architects
> Karle Town Centre in Bangalore by UNStudio 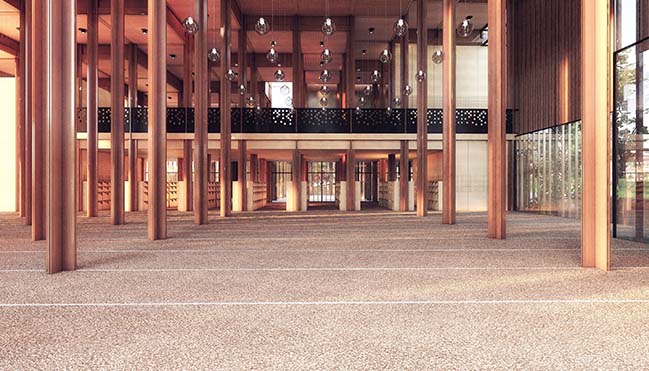 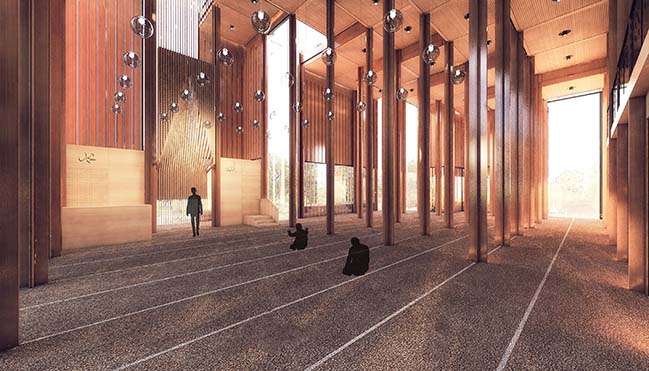 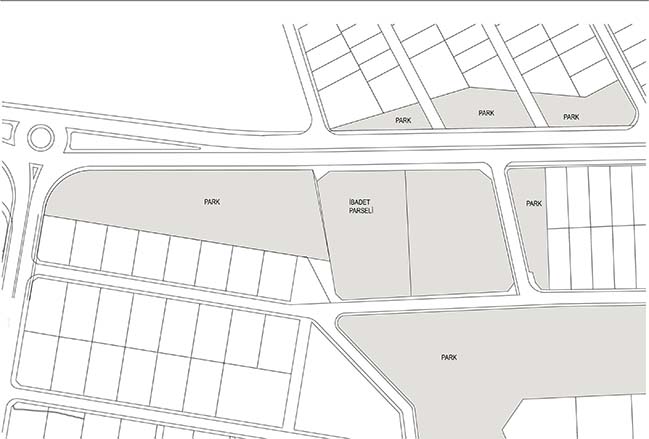 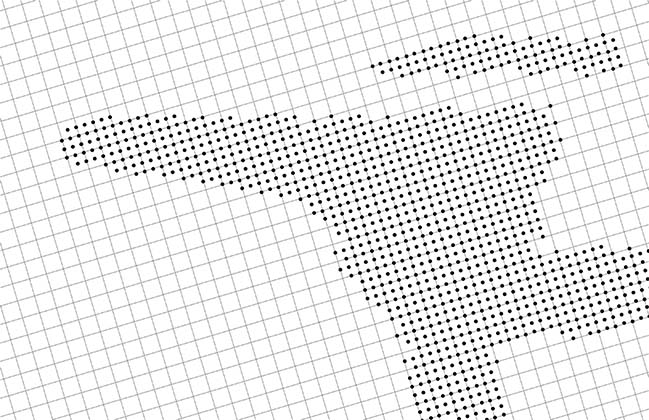 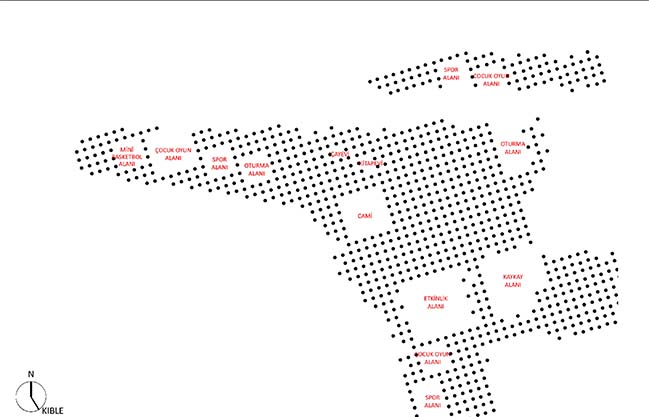 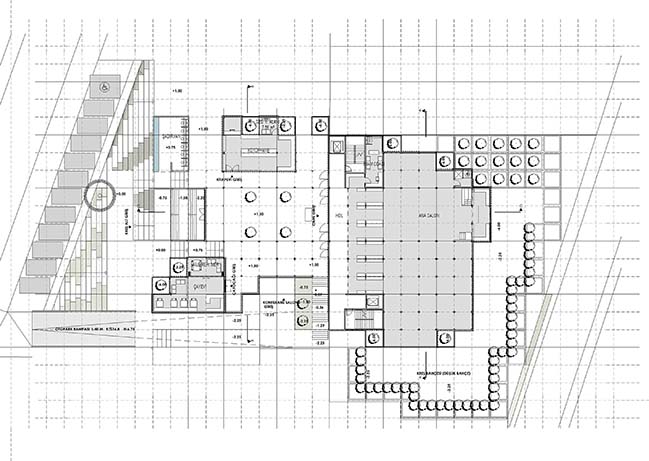 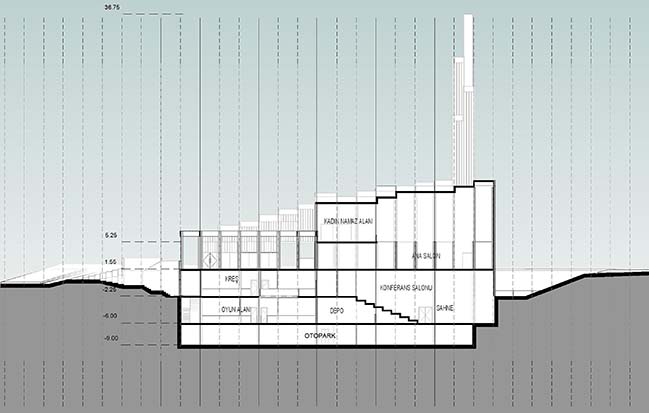