Located by the river Korana. This project's architectural concept was inspired by the city's historic center "Karlovac star" surrounded by defensive earthen walls and mounds. 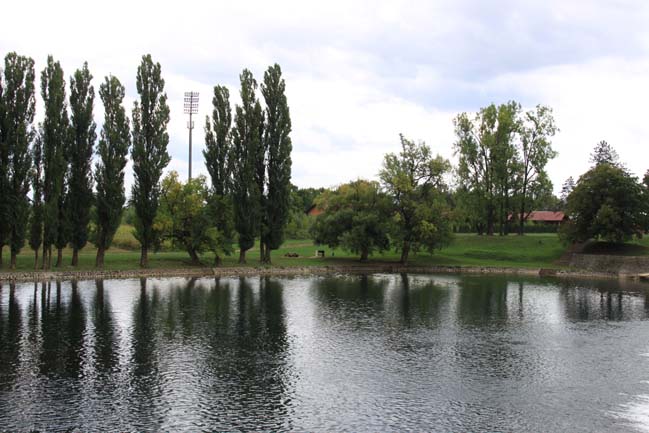 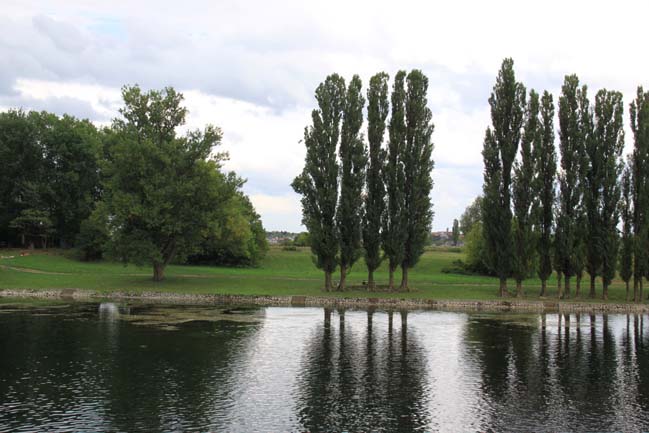 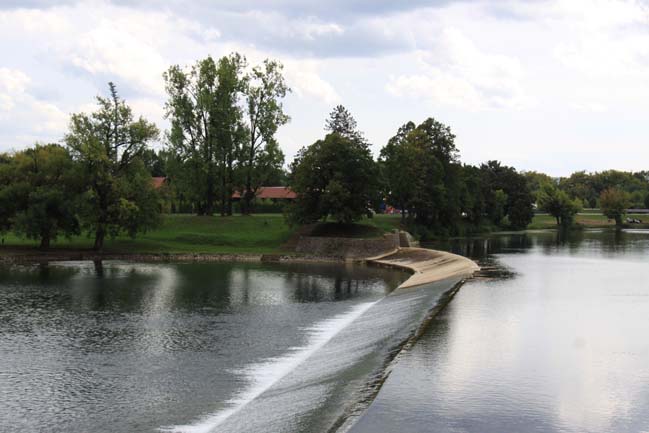 All three parts of the building can be entered from the square: the exhibition, the reading room with a cafe bar and the office spaces. Each part has one façade - the one oriented towards the square; the facades oriented towards the plot edges are covered with earthen material and act as part of the park, playgrounds and walkways. 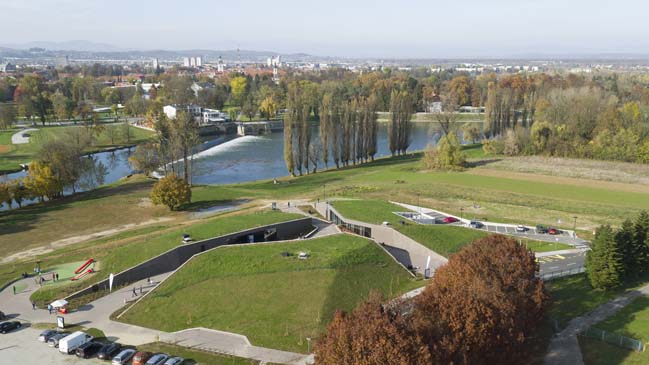 The aquarium exhibition displays the flow of a karst river, its flora, fauna and biodiversity. It starts with a water surface on the square, and continues inside the building with a system of ramps that wind like a river down into the basement level because specific plant and animal species require complete control of lighting conditions in order to survive. Aquariums are placed along, above and below the visitor paths. After the headwaters (upper part of a river) the sounds of the flowing river quiet down and visitors plunge into caves that feature endemic species. Subsequently, the visitors arrive to an aquarium with larger specimens of rare species that have disappeared from their natural habitats in Croatia. The symbolic river emerges from the underground to the surface. The visitors can observe the fish and aquatic plants that live in warmer parts of the riverbed from the sides and then from underneath as they walk into a tunnel that evokes immersion into a river. After the tunnel a series of aquariums with water lilies and rushes represent marshy habitats of a river. The exhibition ends with a system of cascading aquariums whose biotopes display waterfalls and a travertine barrier. 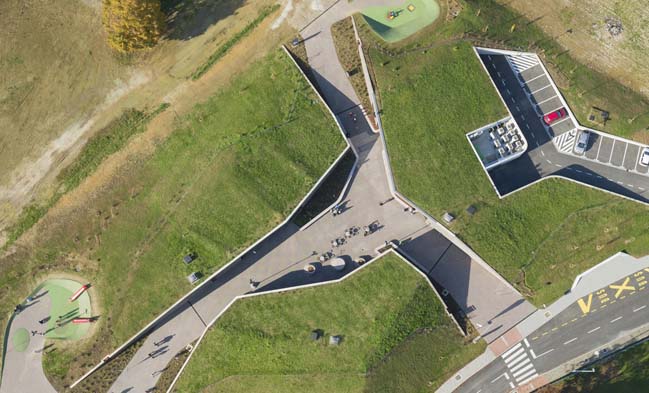 Finally, a stairway and an elevator return the visitors to the entrance hall through the gift shop. A space for analysis of the technological parameters of water, a scientific research center and fish acclimatization spaces are located in the center of the layout. 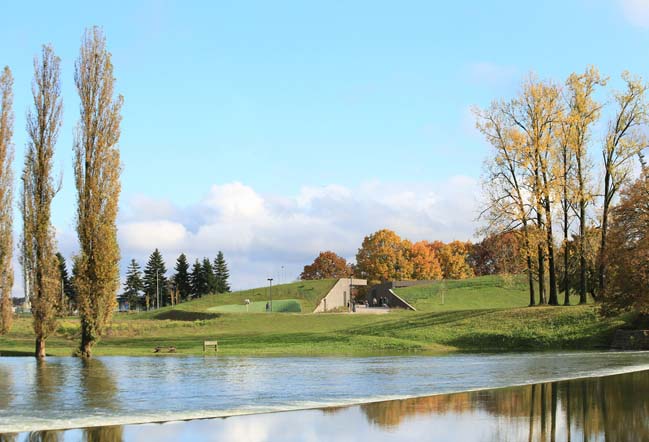 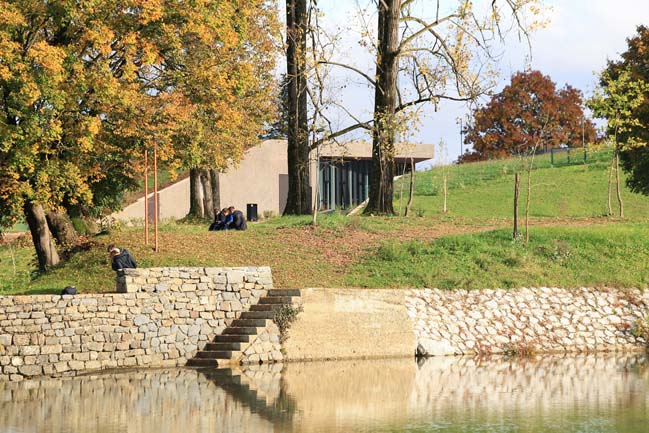 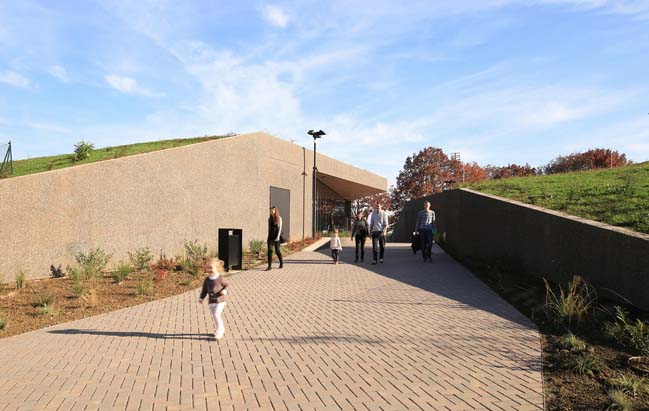 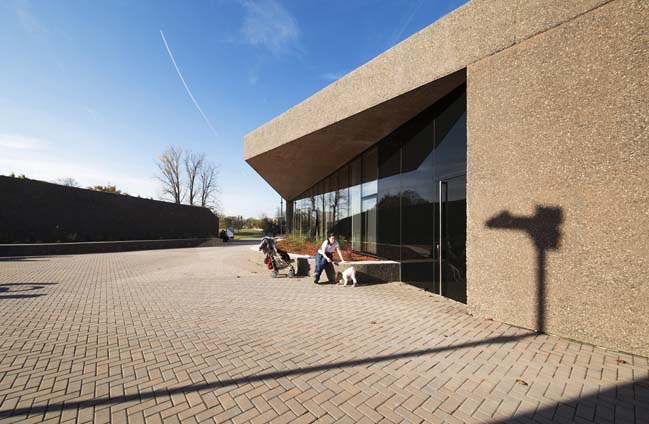 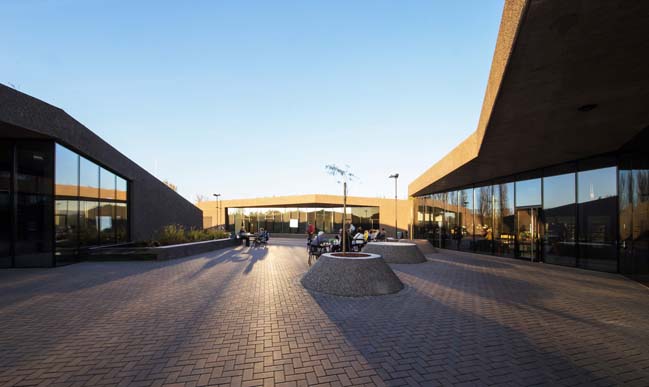 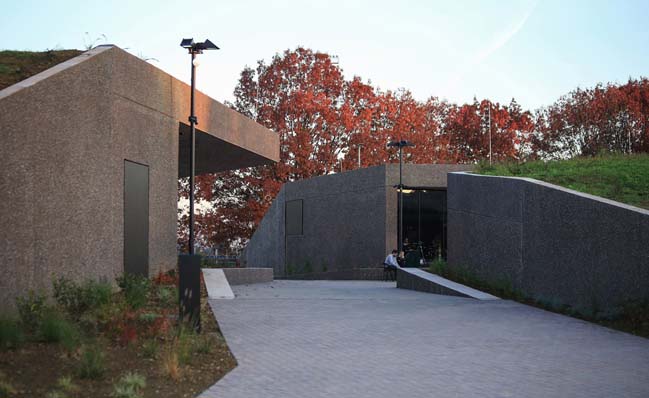 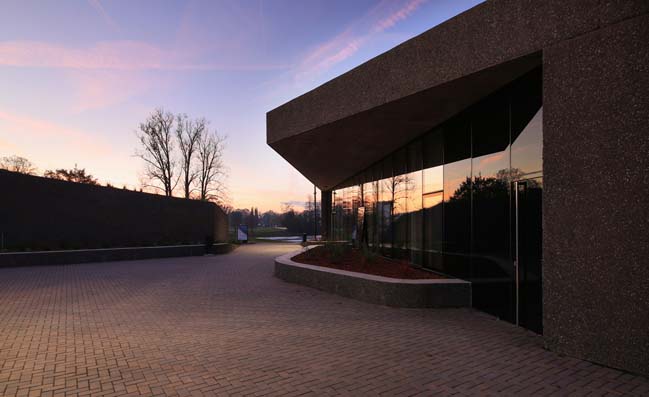 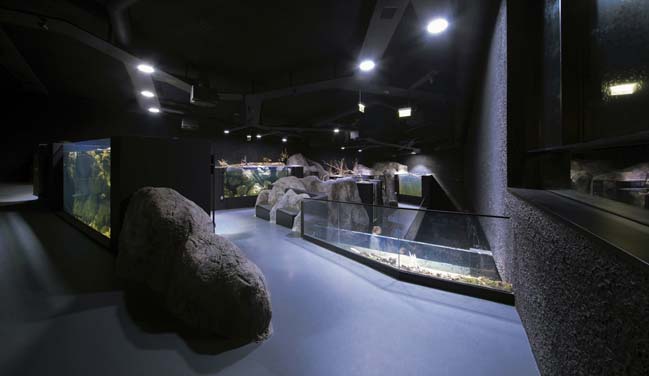 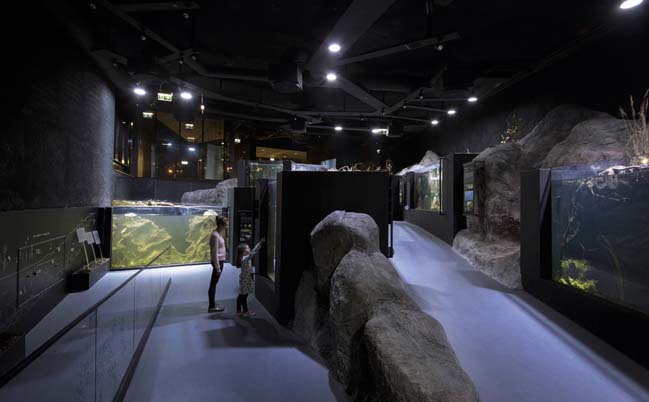 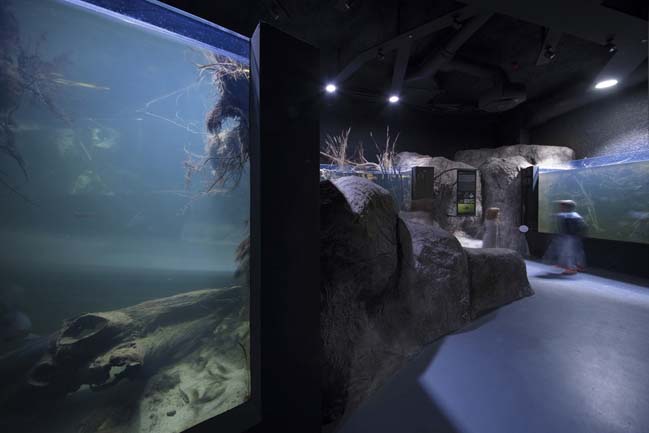 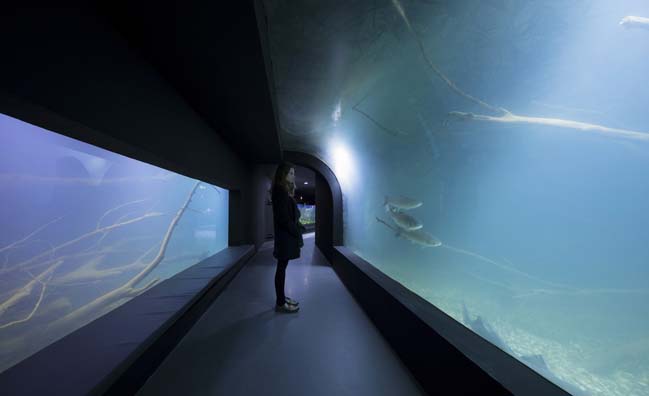 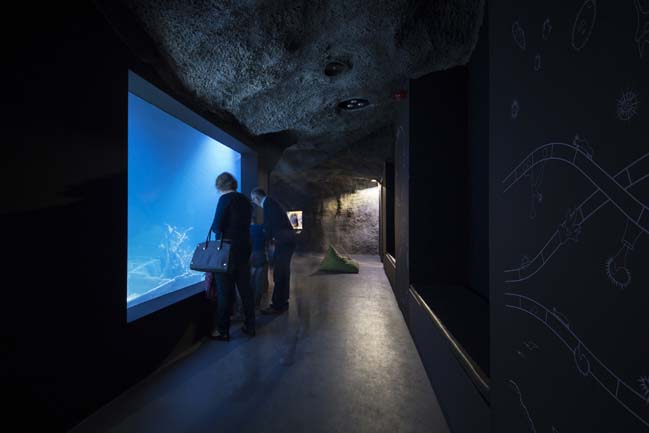 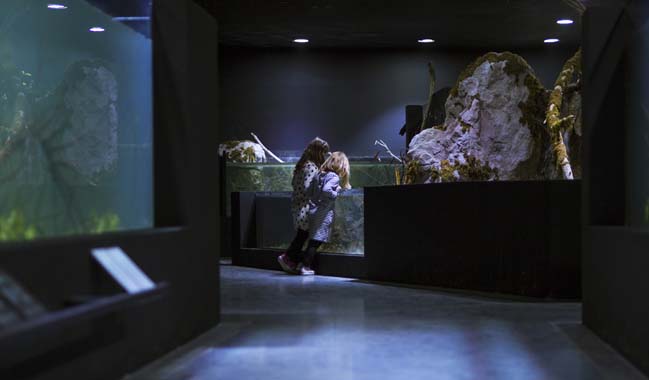 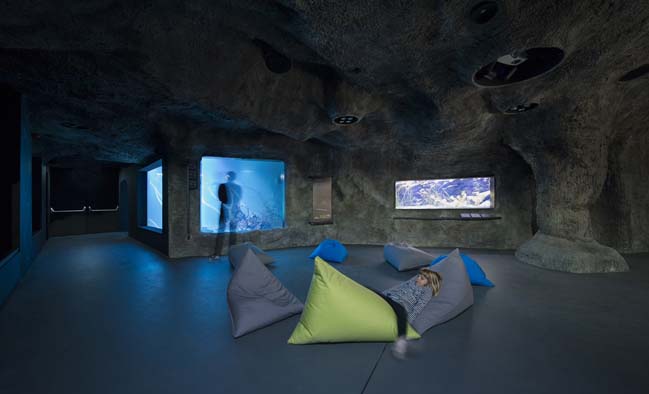 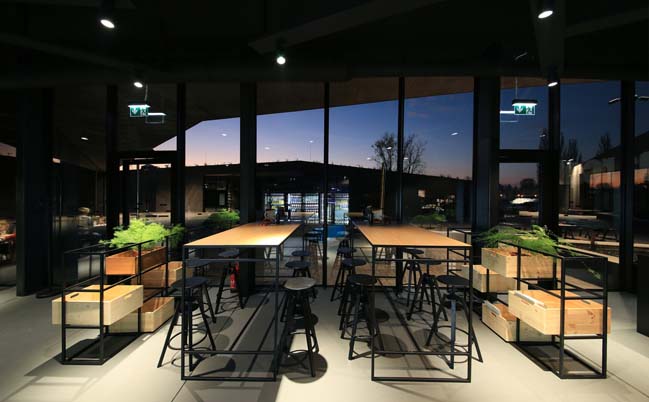 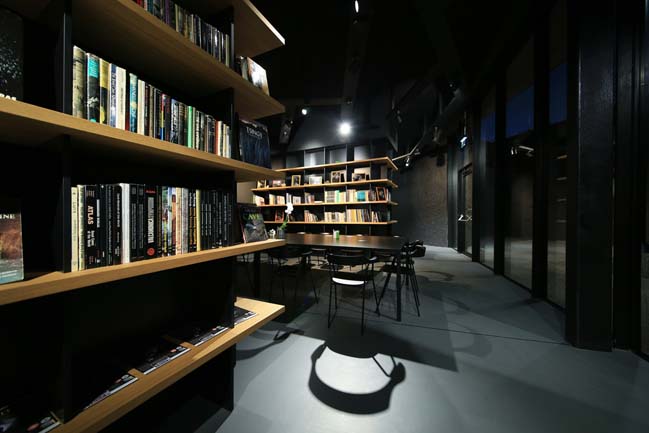 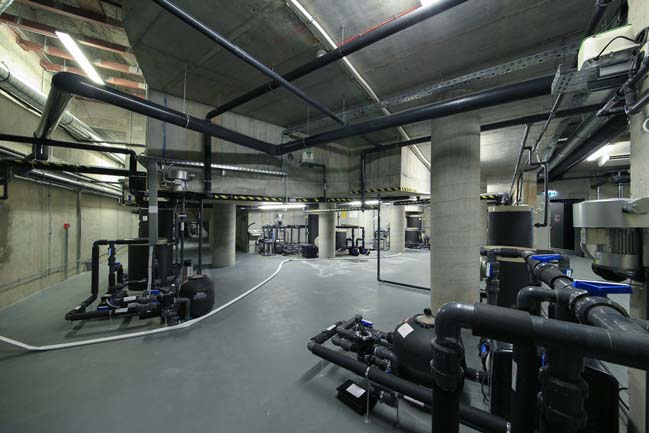 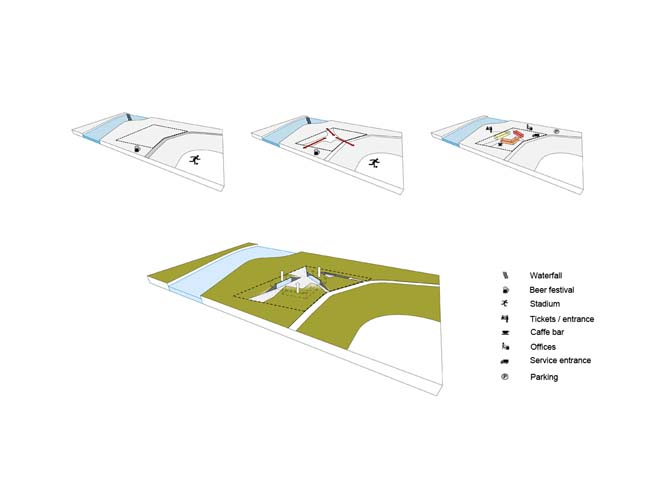 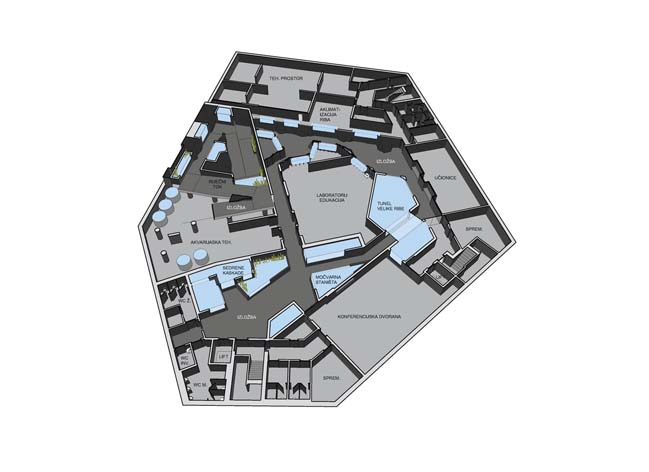 > Science Museum by Architects of Invention
> Guggenheim Museum: A connection of architecture and nature

11 / 21 / 2016 Located by the river Korana. This project's architectural concept was inspired by the city's historic center "Karlovac star" surrounded by defensive earthen walls and mounds