Snøhetta, along with fellow Australian design partners Liminal Studio and Rush Wright Associates have developed a design that unravels the stories that have shaped the Cascades Female Factory and the development of the colony. 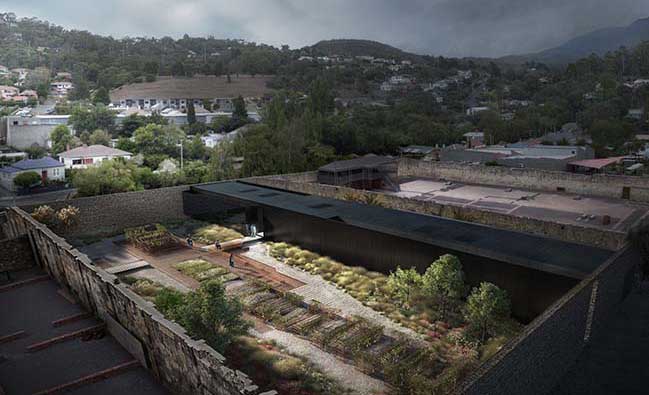 The Cascades Female Factory in Hobart, Tasmania is one of Australia’s most historically significant sites related to female convicts, dating back to the time when Australia was a penal colony. It is one of three Tasmanian penal sites managed by The Port Arthur Historic Sites Management Authority (PAHSMA) and part of the Australian Convict Sites UNESCO World Heritage property. The historic function of the Female Factories was to put women to work, and today the factories are associated with the segregation of female criminals during the 19th century.

More than just a means of remembering, the new Centre will fulfil an empowering and educational role recognizing the social, cultural and political foundations laid by the convict women, building upon their legacy, connecting to the past to inform the future.

Design concept
Snøhetta, along with fellow Australian design partners Liminal Studio and Rush Wright Associates have developed a design that unravels the stories that have shaped the Cascades Female Factory and the development of the colony. The proposed design concept, which comprises a holistic and integrated architectural and landscape design, is a powerful reminder of the struggle between light and dark, imprisonment and liberty, punishment and reform, threat and opportunity, horror and hope. These dualities have informed an experience that is revelatory and transformative, culminating in an open forum, dubbed “The empatheatre” [empathy amphitheatre].

It is envisaged that the empatheatre will be used for open forums, performance, re-enactments, education, and events where current social issues can be discussed, while reflecting on the past, and inspire a call to action.

The History and Interpretation Centre
The journey into the History and Interpretation Centre is guided through a long, isolated walk with only the sky as the connection to the outside. Removed from reach and slowly stripped of the natural world, visitors are disconnected from the familiarity of their everyday environment and are confronted by the despair of the female convicts.

Through the educational exhibition space, visitors are guided through a labyrinth, the proportions of which replicate those of the cells in the Female Factory. The intention is not to oppress, but to aid understanding and acknowledgement of what has previously taken place at this site. Opportunities to reveal the past are taken through interpretive spaces and transparent floors offering glimpses to the existing excavated foundations below.

The remains of the Female Factory are surrounded by a wild garden, an abstracted landscape, where the traces of the former cell building are brought to the surface as fragmented “models”, only to be covered again with fresh new growth as a powerful metaphor for the ability of nature to heal. 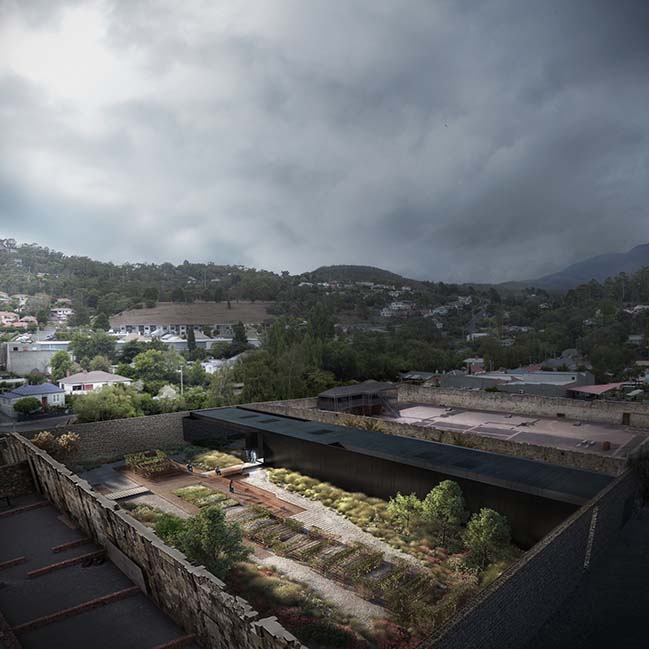 03 / 02 / 2018 Snøhetta, along with fellow Australian design partners Liminal Studio and Rush Wright Associates have developed a design that unravels the stories