Wolfsburg is the ideal of a modern garden city: sprawling and green, with vast boulevards and a network of iconic structures and wide streets. But like in so many cities, growth has moved some of the city’s buzz to the outskirts, and Wolfsburg’s core is in need of new energy.

From the architect: Henning Larsen’s design for Wolfsburg’s Nordkopf district, Wolfsburg Connect, proposes just that, tying the city together with active and livable urban infrastructure. Selected by client and developer SIGNA, and with input from Stadt Wolfsburg, and Wolfsburg AG, Henning Larsen’s design for the 13.6 hectare masterplan (just over 1.5 times the size of Berlin’s famed Museuminsel) creates a prototype for small-scale urbanism, an increasingly crucial typology as the world’s population continues to move towards cities.

“We are designing an inclusive city on human terms – an approach that means putting emphasis on social life and accessibility,” explains Louis Becker, Henning Larsen Design Principal. “Together with Volkswagen, there is the opportunity to create a city that is the testing ground for the most cutting edge mobility technology in the world – but what underpins the design is the goal to create a place that people want to be in and stay in.” 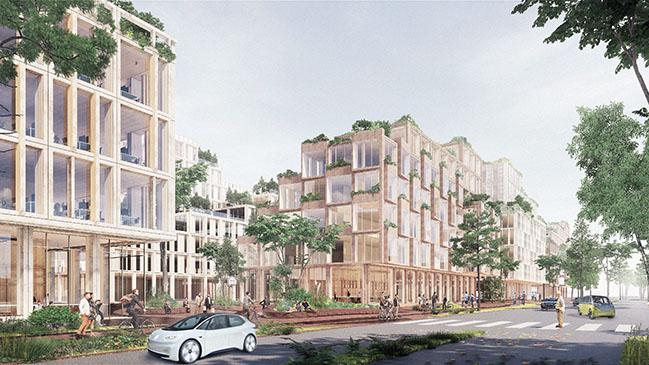 From Auto-Stadt to Mobilität-Stadt
Located between Hannover, Hamburg, and Berlin, Wolfsburg sits slightly in the shadow of its larger, more cosmopolitan neighbors. For Volkswagen, whose agenda-setting mobility technology research will be conducted will be in Wolfsburg, luring top talent means not just offering the best workplace, but the most attractive city. It means creating the framework for a city as diverse as the talents and minds it hopes to attract.

"More than ever before, skilled workers pay attention to an attractive living environment,” says Volkswagen Human Resources Director and Chairman of the Supervisory Board of Wolfsburg AG, Gunnar Kilian. “Wolfsburg already has a lot to offer, but in competing for the best minds with other major cities, it’s important we stand out.”

Wolfsburg Connect hones in on this by prioritizing connection, mobility, diversity, and choice. The masterplan is located within the center of the city, a long, triangular site bordered by rail lines and a major boulevard. Included within its bounds are Wolfsburg Hauptbanhof and an existing bus station, both of which are to be expanded in the new plan. This mobility hub, is geographically and conceptually central to the project, linking people within the city and across the region. From there, visitors are presented with numerous mobility options: bus, taxi, city bicycles, and walking paths all fan out from this hub. 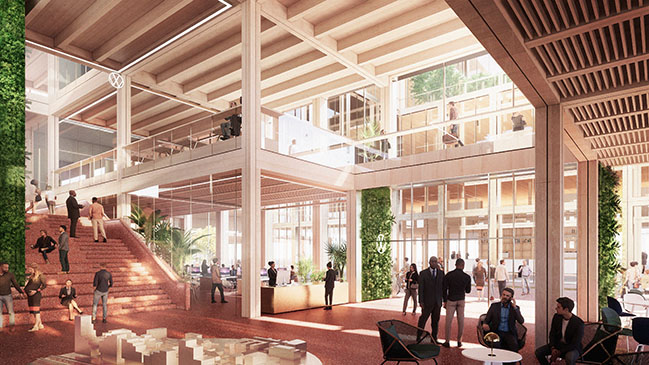 Layered Livability
The range of mobility options results in a layered city fabric, tied more to the scale of the person than the scale of the car. Ground level retail, tech, and creative workshops woven together with greenery and outdoor amenities create an active public realm throughout the day. The design clusters activity around major public spaces, creating ripples of activity that cross and overlap each other.

Courtyards between blocks will be open public thoroughfares, creating an inside-out urban experience that rewards pedestrians and cyclists. A few levels up, offices and residential program spread throughout the district and are crowned by roof gardens, decks, restaurants, and bars. The diverse mix of program (which includes office, residential, hotel, retail, F+B, and leisure spaces) creates a city that is alive throughout the day -- even after commuters have left the cafes and innovation hubs, locals will fill the district’s public plazas and restaurants. Layered livability is a key concept to Wolfsburg Connect and it is a truly mixed-use district. There are no single purpose structures. 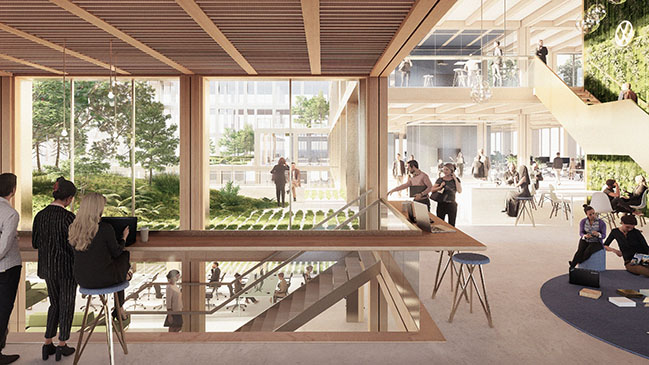 "Sustainability and quality of life are at the core of Henning Larsen Architects' work – this approach was very compelling for realizing our vision [for Wolfsburg Nordkopf,]" explains Timo Herzberg, CEO of SIGNA Real Estate Germany.

“We see Wolfsburg Connect as a standard bearer for what sustainable urbanism must be in the future: not just green but connected, social, and diverse,” says Louis Becker. “It is a privilege to share this vision and collaborate with such engaged and open-minded partners.” 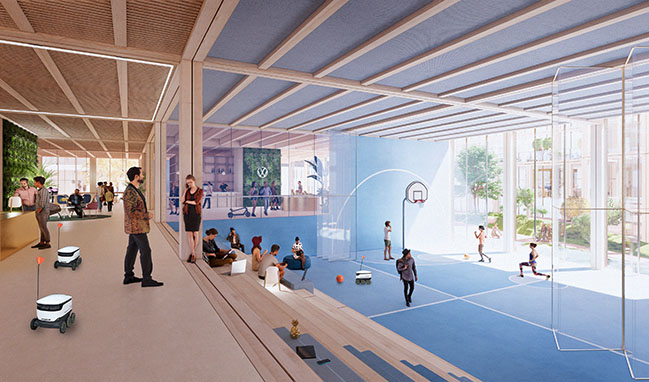 Wolfsburg Connect will be the latest addition to – and connective tissue linking - a long line of urban and architectural gems for the city, among them the Phaeno Science Center by Zaha Hadid, the Wolfsburg Theatre by Hans Scharoun (designer of the Berliner Philharmonic), The Heilig Geist Kirche and Kulturhaus by Alvar Aalto, and the famed AutoTurme by Henn.

Henning Larsen was selected to design the project in a competition in 2019 that included competitors UNStudio and Bjarke Ingels Group. Wolfsburg Connect is designed in collaboration with client partners SIGNA, Stadt Wolfsburg, Volkswagen AG, and Wolfsburg AG and with creative consultants Gehl Urban Design, Arup and Wordsearch. Phase 1 of the masterplan is expected to reach completion by 2023. 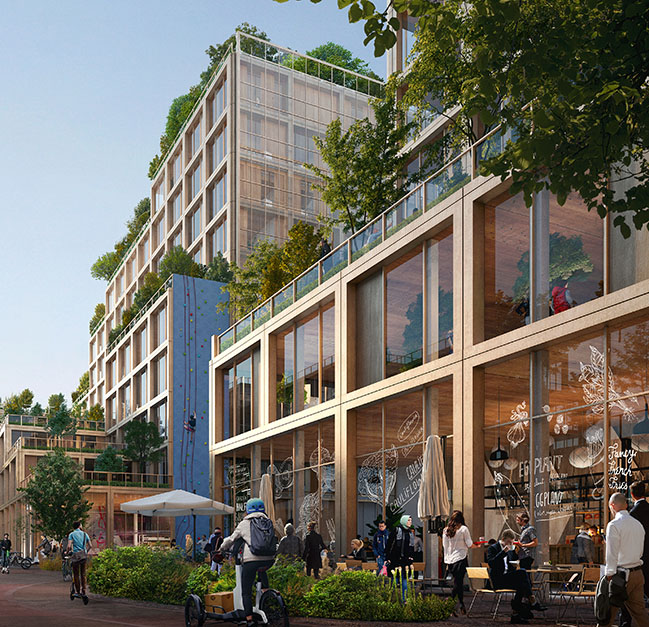