Completed by Jos Tan Architects. This brick home is one of a pair, built side-by-side c.1930. The brief was for a new bathroom and laundry, and a new kitchen and dining area that could entertain a large gathering while opening up to the backyard. 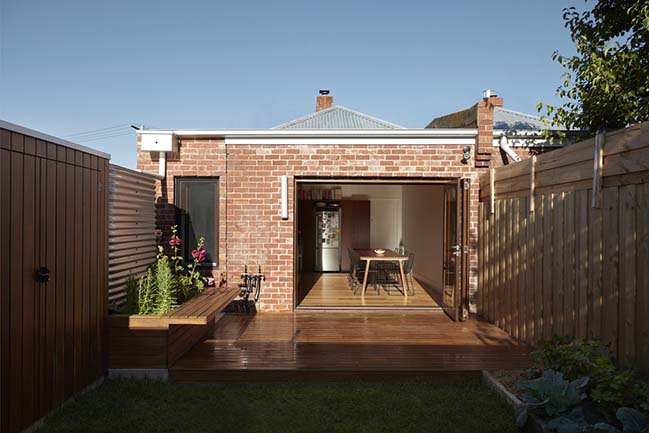 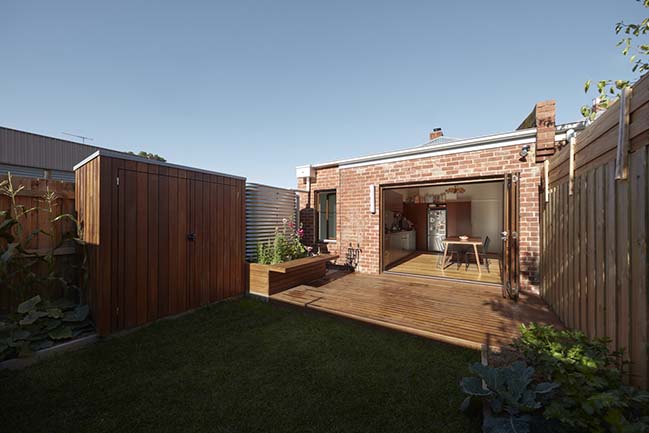 From the architect: The first option we considered was to demolish the rear of the building to make way for a new addition, but it soon became apparent that the available budget would fall short of this plan. Instead, a decision was made to retain much of the existing brick structure, and pop out a small extension to the side. 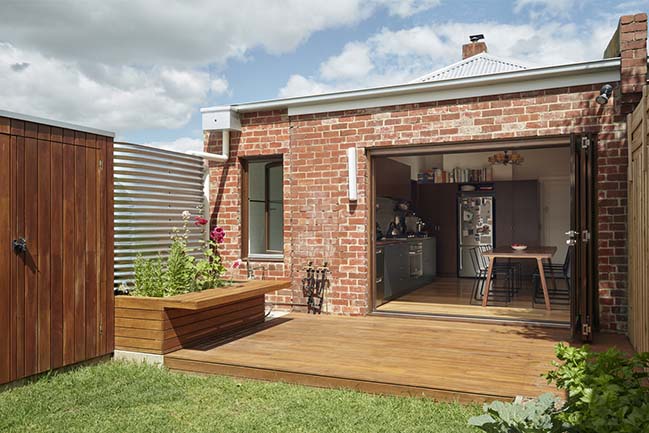 This saved money in new structure and roofing while still allowing the entire back section to be reconfigured. We also liked how the home’s physical connection its twin next door was maintained. Bricks were salvaged from demolition, and re-used in the extension. In the bathroom, fittings and fixtures were located in former door openings to increase effective width while preserving a memory of house’s past. 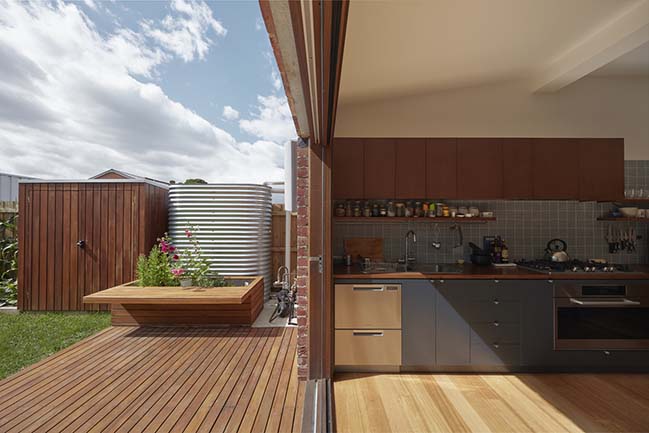 One of our tenets is that bigger is not necessarily better. Witnessing the huge difference in function and amenity achieved through this compact renovation has been very rewarding, as was sharing our client’s joy in the reinvigorated space. 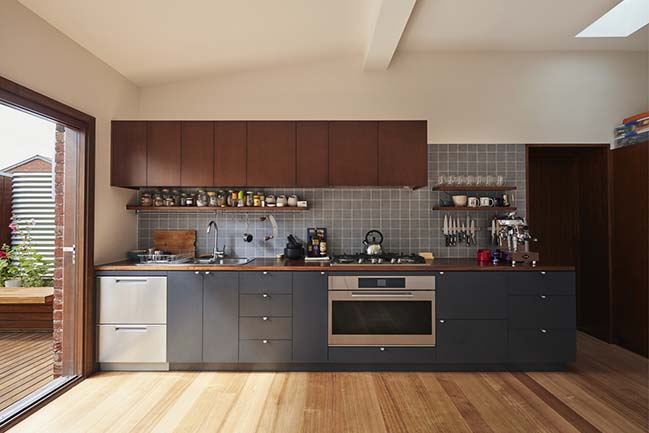 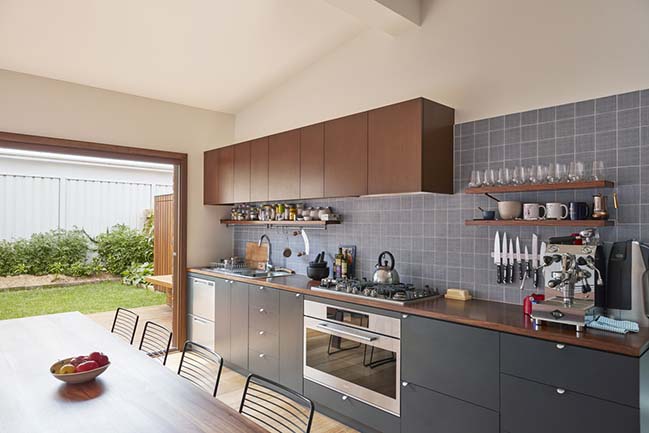 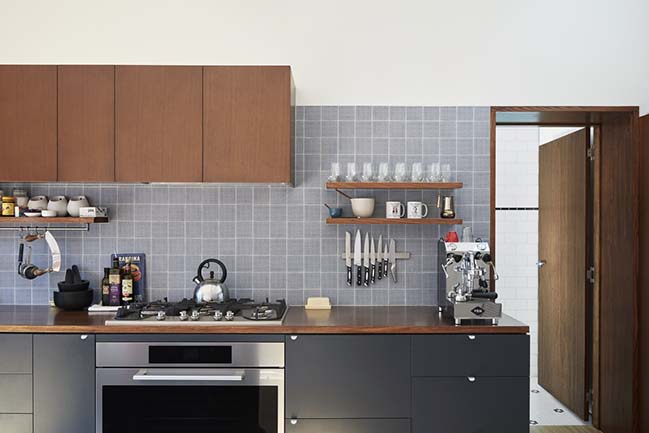 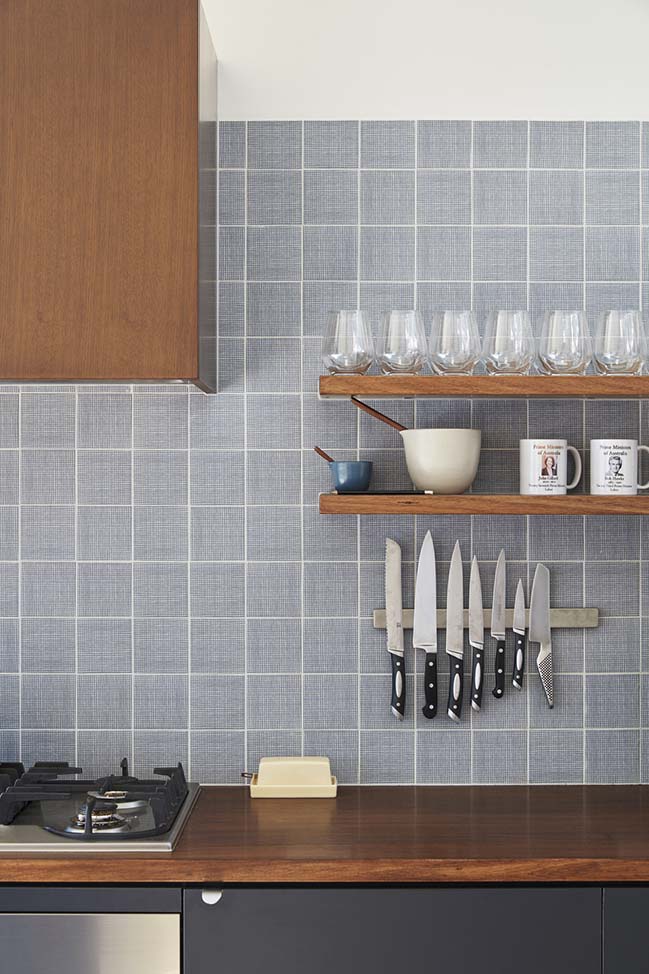 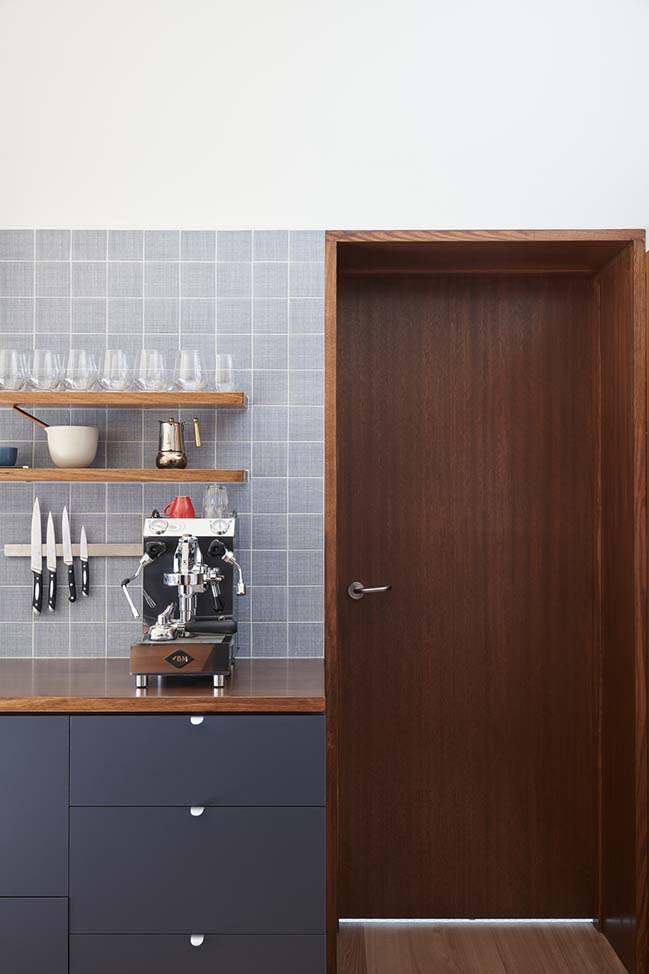 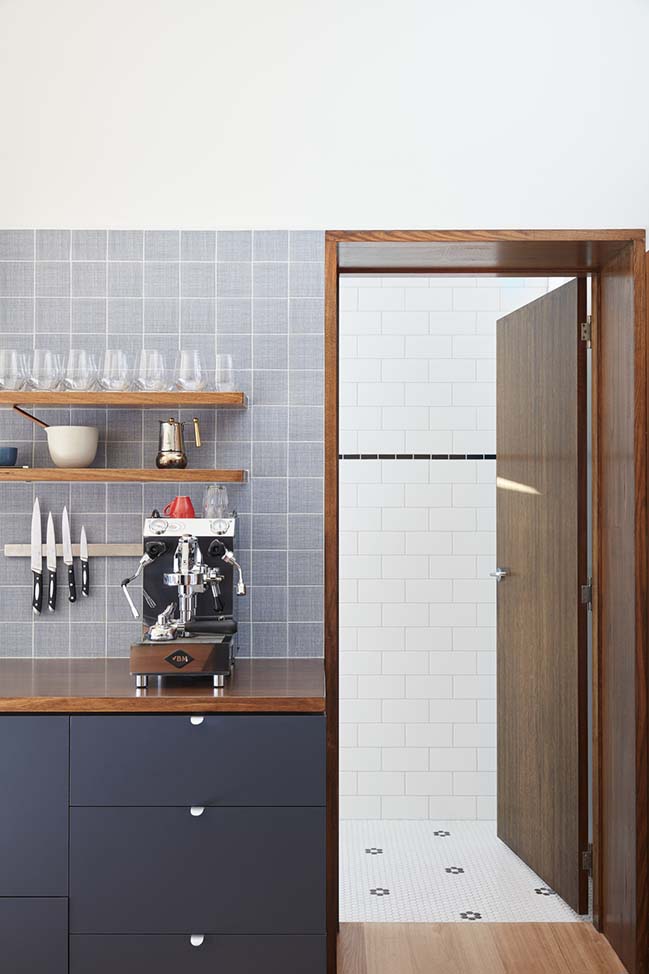 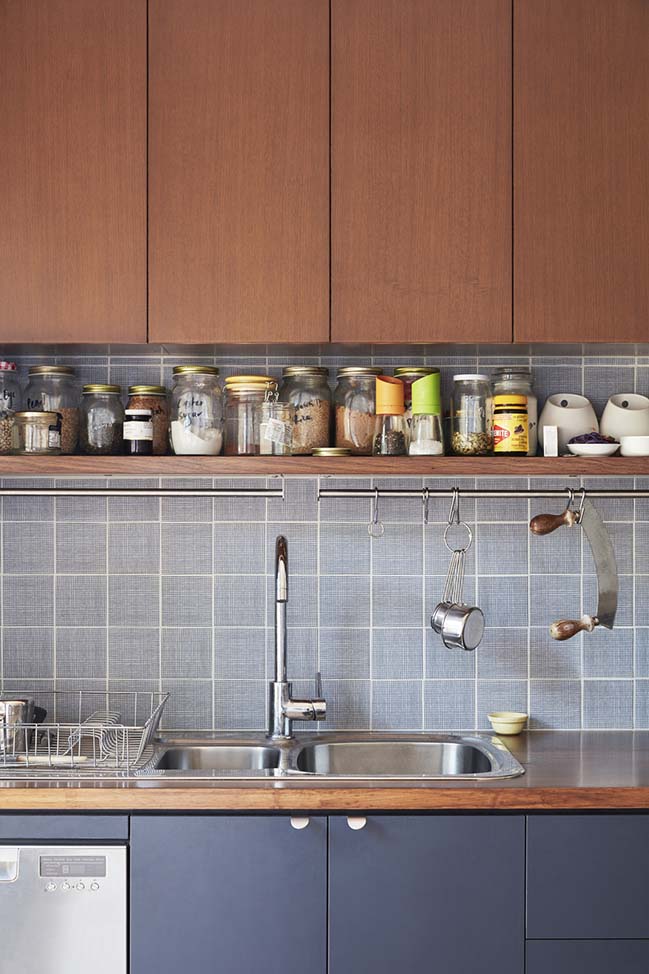 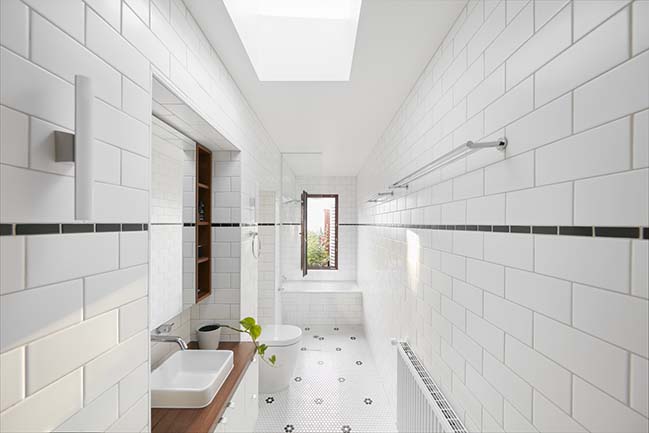 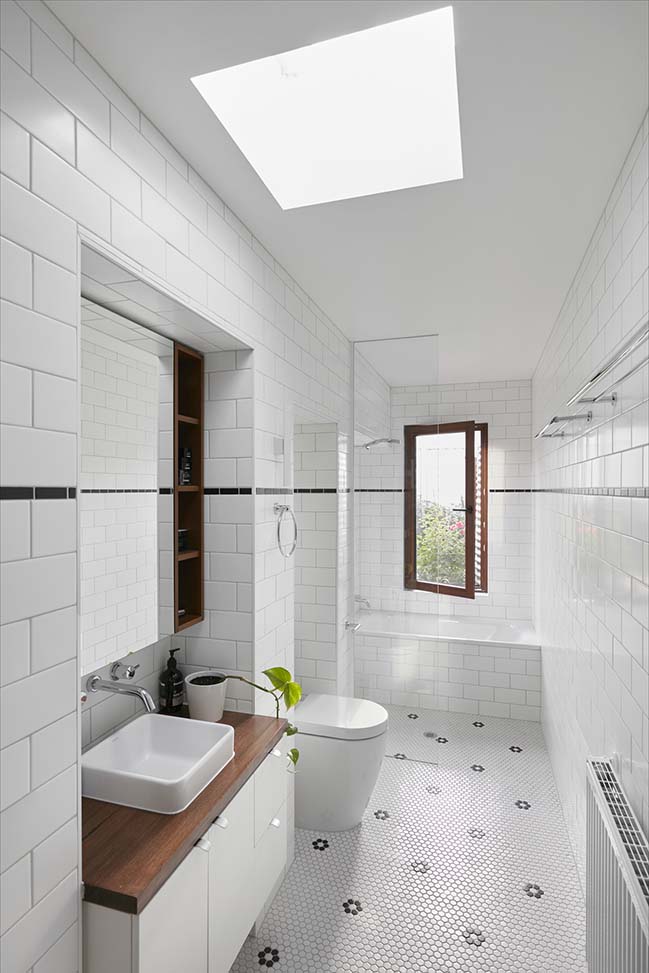 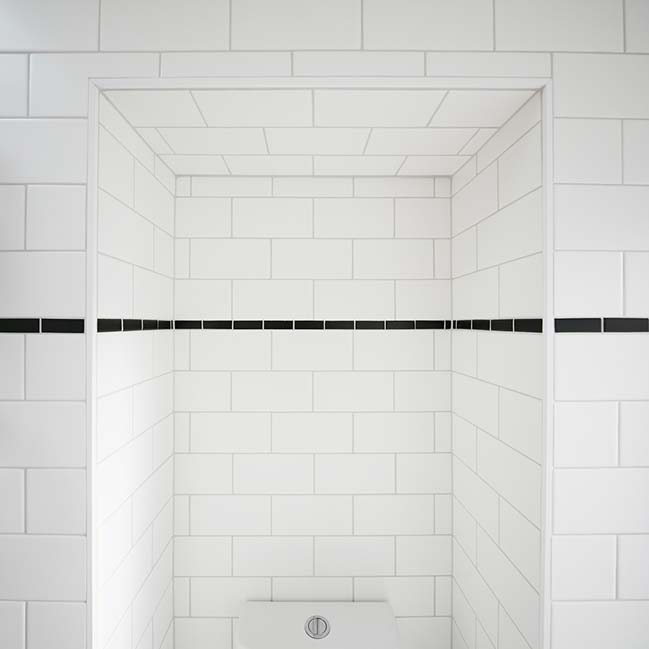 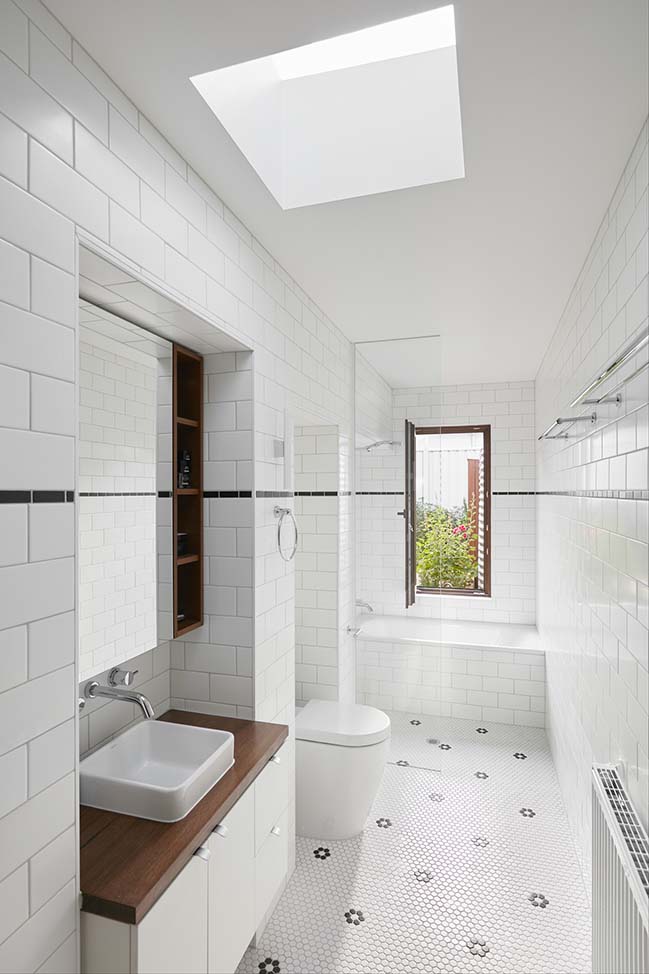