The Port Melbourne residence is a modern redesign by Finnis Architects which celebrates and responds to the charm of the original design details to cater for the current and future needs of a family in Melbourne’s South. 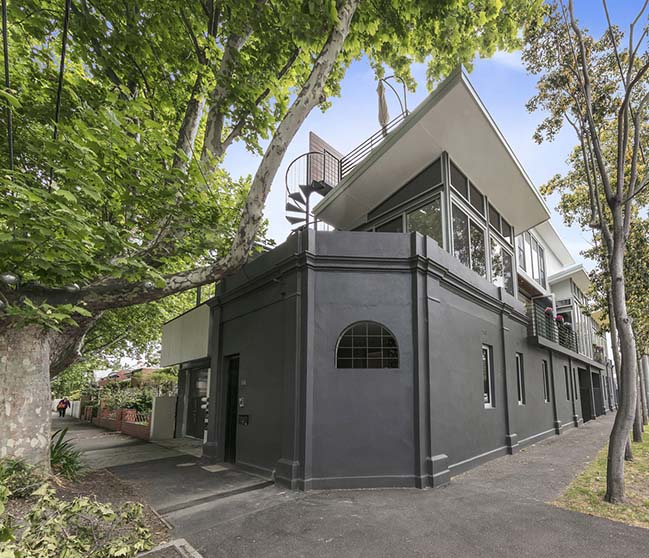 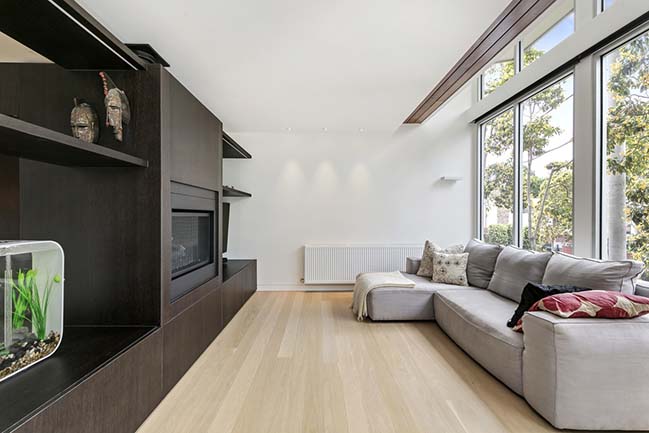 From the architect: Originally designed and used as a milk bar, the background of this residence adds to the charm as the site has undergone multiple renovations over its history. The original skeleton and framework were inherited by Finnis Architects and developed by the firm in 1999 as two dwellings. The brief given to Finnis included a desire to create a contemporary floorplan utilising and expanding all internal spaces and catering for the family’s current and future needs. 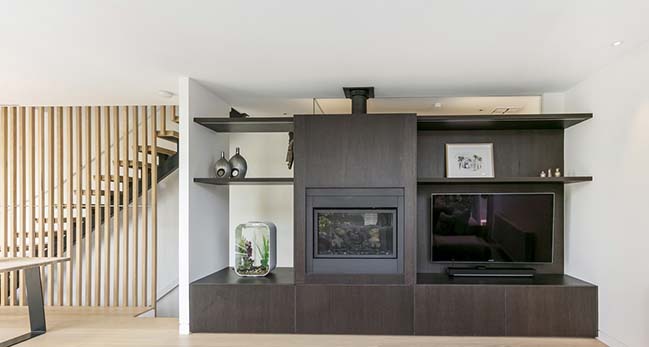 Propped amongst neighbouring trees, one of the primary design aspects was to capture a sense of movement throughout the home. By opening up the first floor level and incorporating full height glazing to the living and kitchen areas, we were able to frame the lush green nature of the surrounding environment. This worked in harmony with the lightness of the interiors, creating a calm tranquillity, resonating throughout the design. The movement of the trees in the breeze is carried throughout the dwelling, via the detailing and incorporation of lightly textured tiling and careful consideration to the complete material and colour palette. 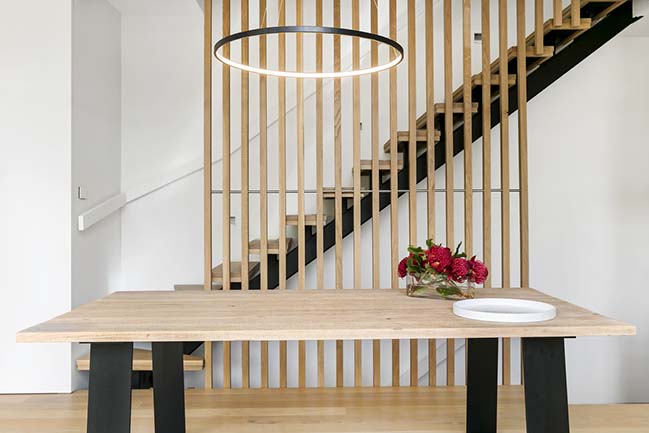 It was crucial throughout the design process not to denote or lose some of the original qualities of the home but rather celebrate and adapt certain details into the contemporary design. For example, the original spotted gum which lines the soffit was retained and exposed. A detail which is visible from the balcony and flows through into the living room. It was important to ensure these elements where on show via subtle architectural gestures that being to develop a clear character for the residence. 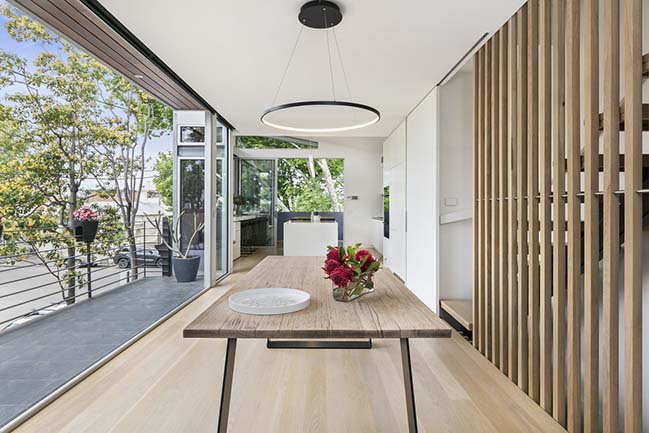 It is with the interiors and joinery where the design really comes into its own. Working closely with both Builder (Rock City Building Group) and Interior Designer (Catherine Francis) ensured that quality was never compromised. The custom joinery and furniture which has been integrated into the design typifies the level of attention by creating space and functional features. 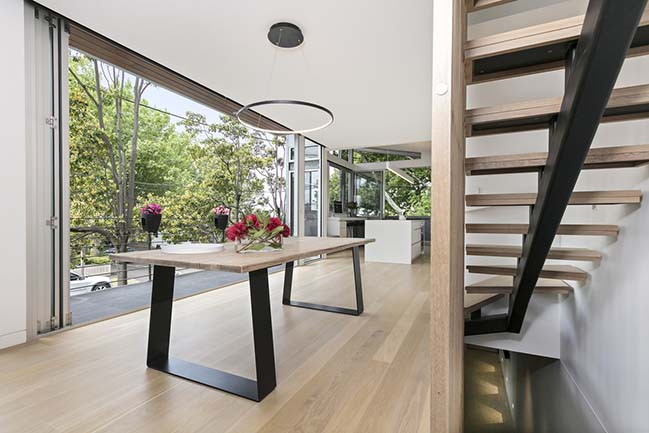 It was a well-considered decision to retain the original spiral staircase enhancing an original feature of the home and being a link from the second storey deck to the rooftop terrace. The third storey component is occupied by a master bed suite inclusive of large robe and bathroom facilities, appropriately separated from the remainder of the dwelling. This tranquil space with scenic city views is perched high enough that one could almost forget its immediate context and feeling a world away from the children’s area on the ground floor. 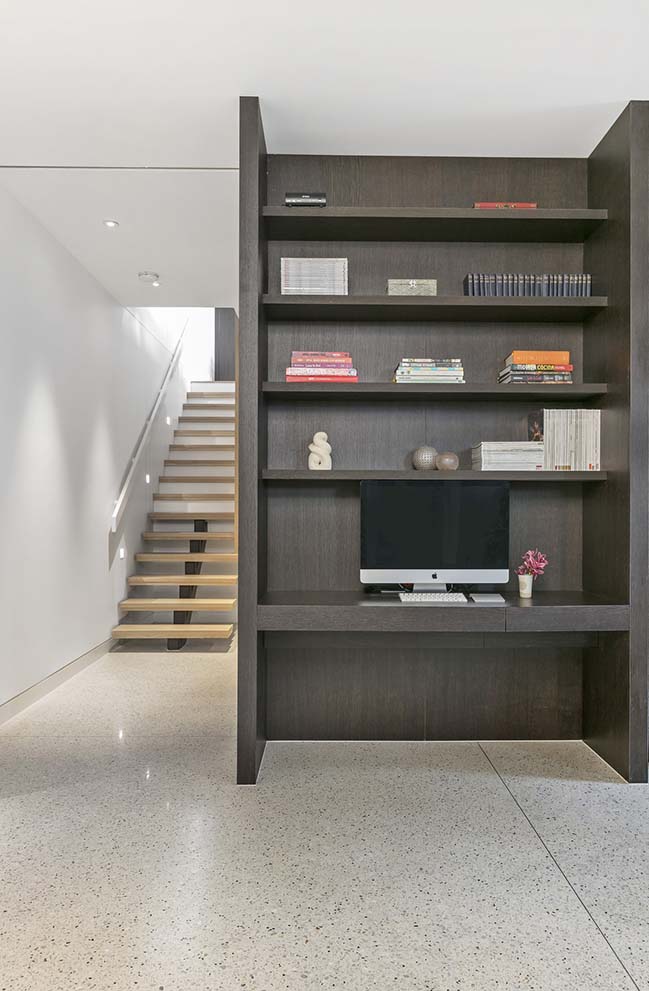 By embracing the sites history and context, the design effortlessly integrates itself within its surrounds. Every spare centimetre has been designed meticulously to provide functional modern spaces for a young and growing family. 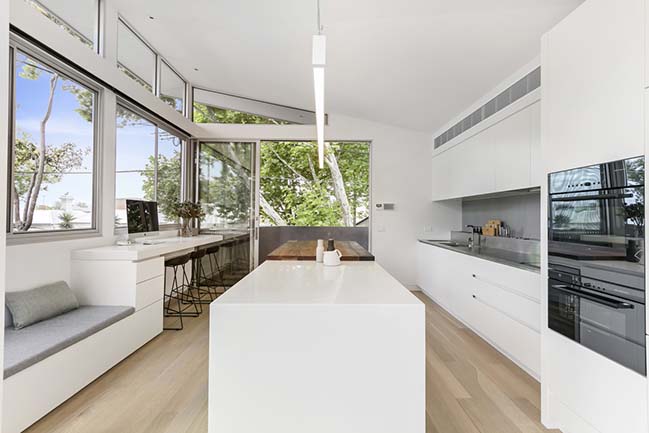 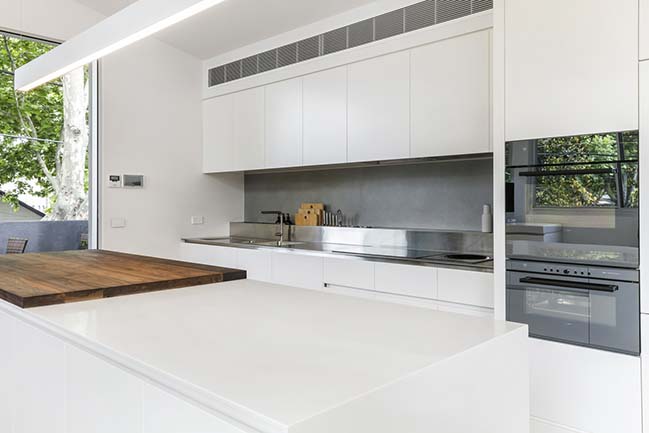 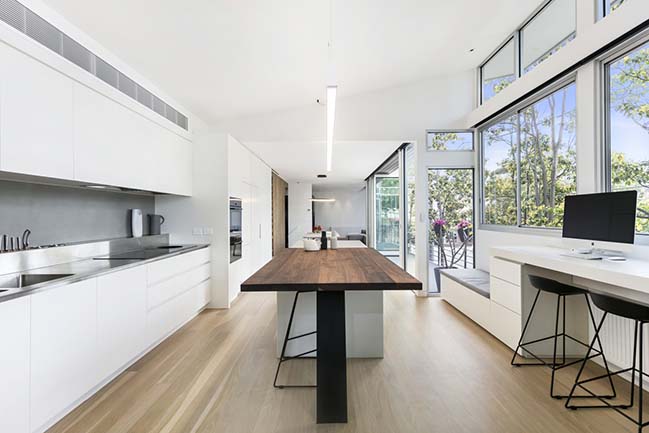 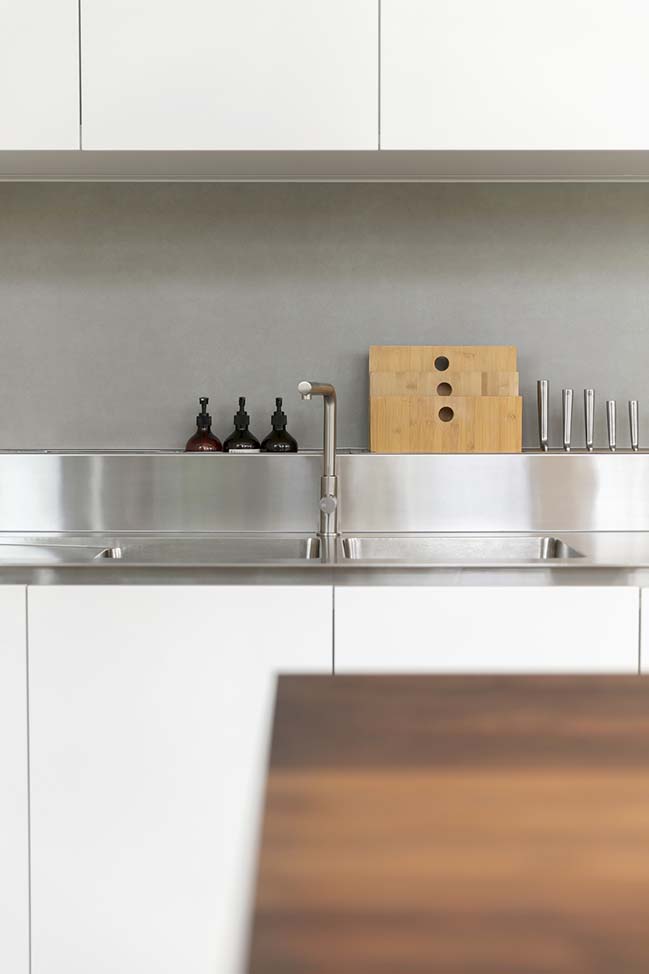 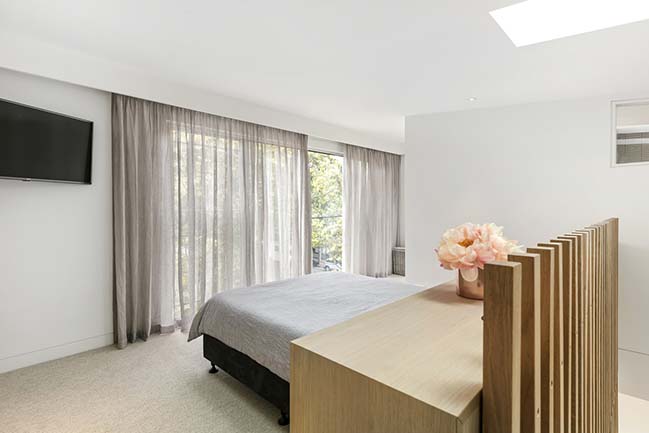 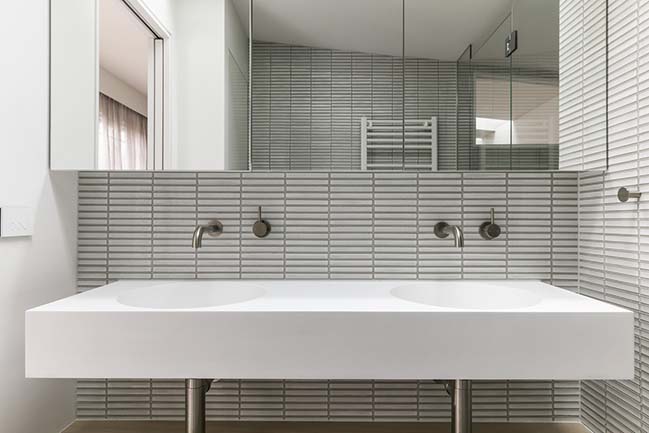 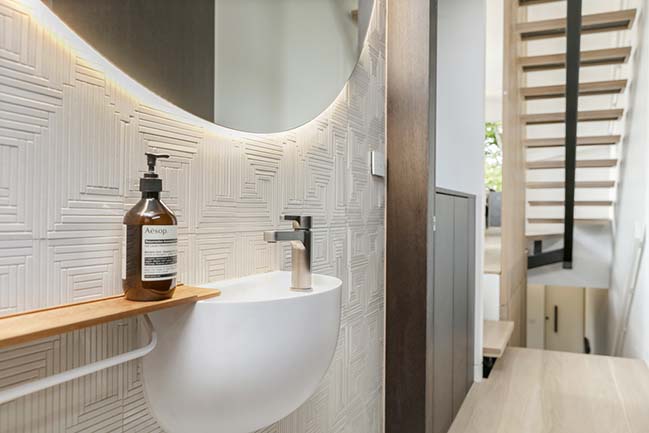 03 / 28 / 2018 The Port Melbourne residence is a modern redesign by Finnis Architects which celebrates and responds to the charm of the original design details...