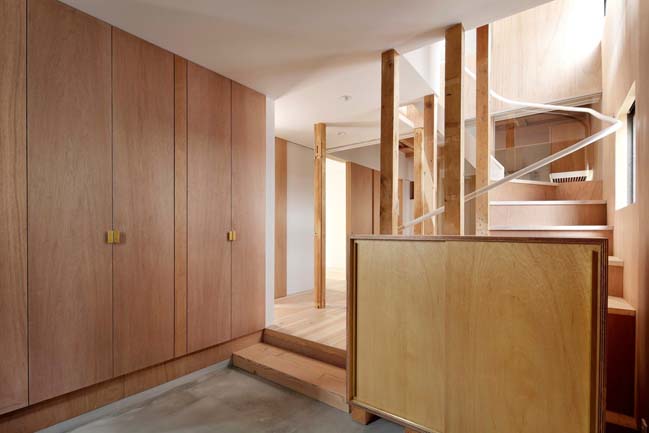 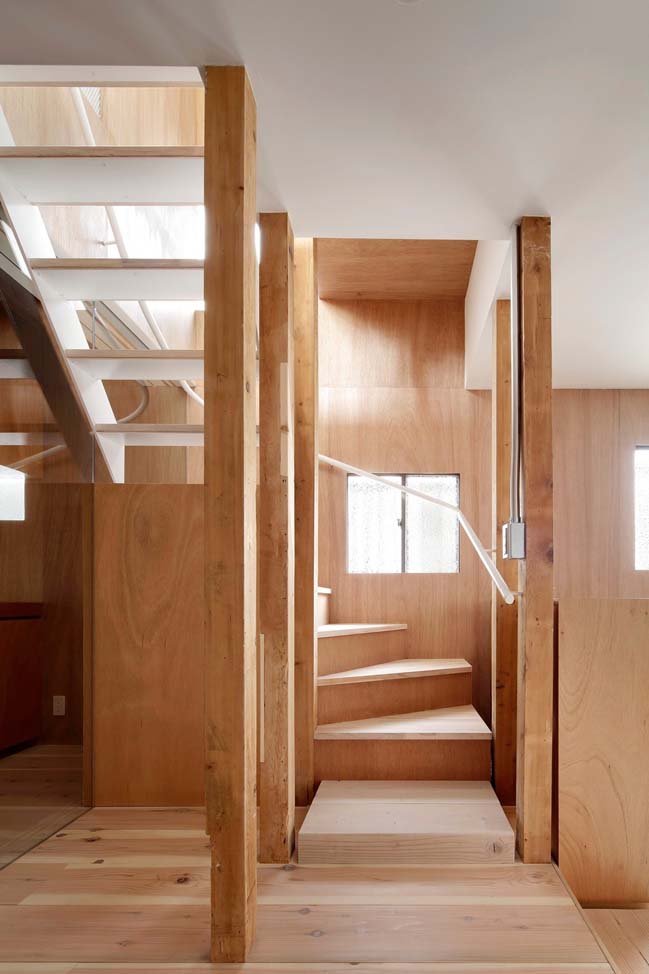 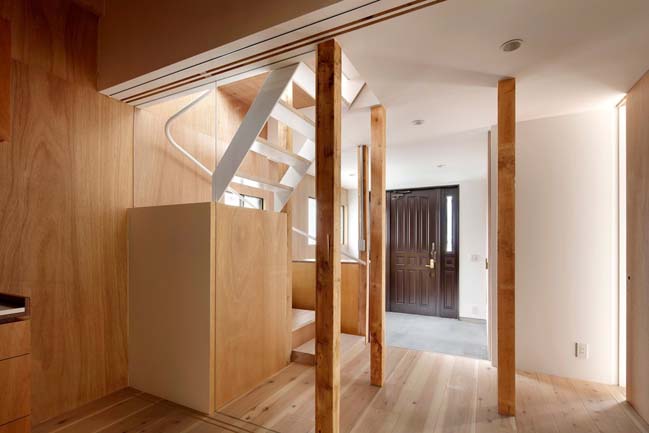 As the age as well as daily living rhythm of each family member are different, creating a space to promote a comfortable connection among them was one of the major challenges of the project. 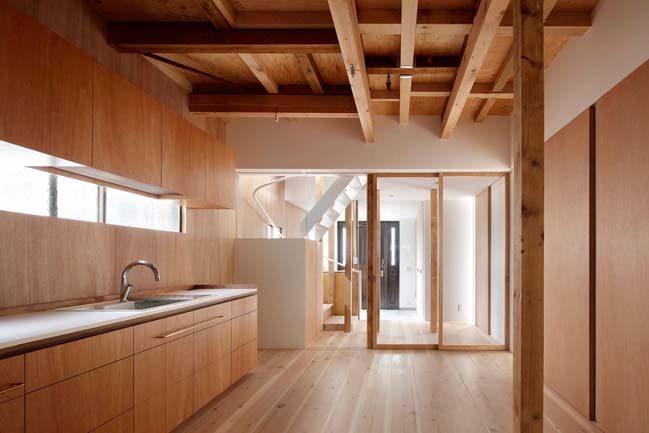 Another focus was the provision of a comfortable living environment. The existing conditions of daylight and ventilation were not preferable since the existing rooms were split into smaller functions and as such they were not open to the exterior environment nor to each other, which led to poor daylight and natural ventilation. 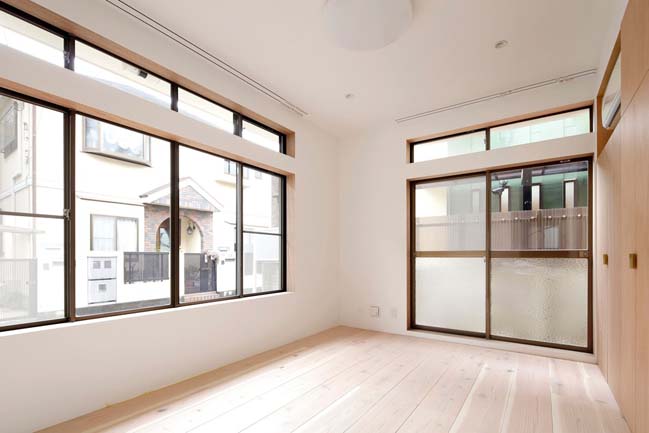 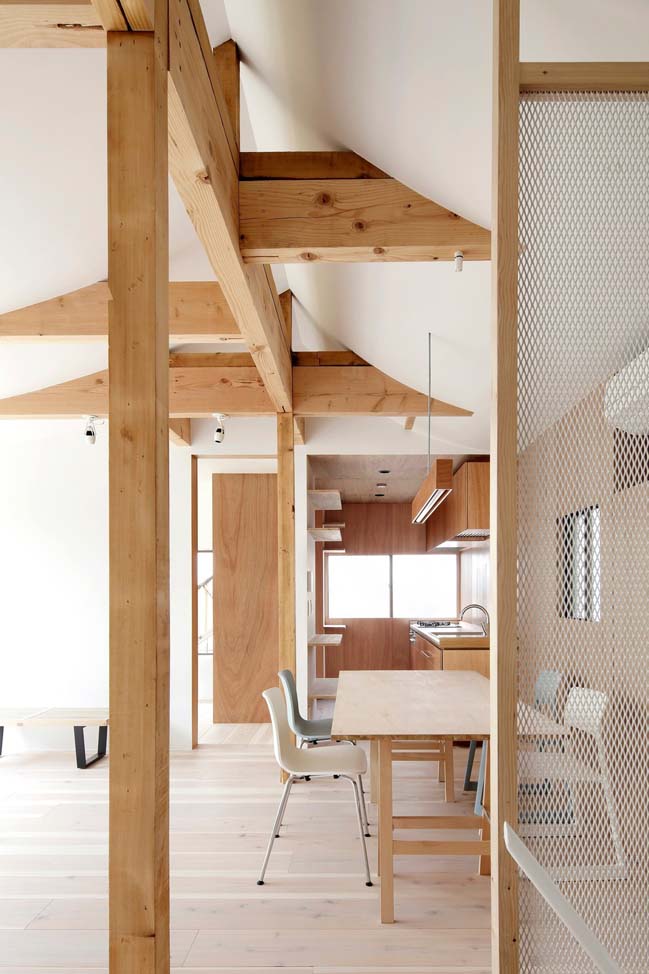 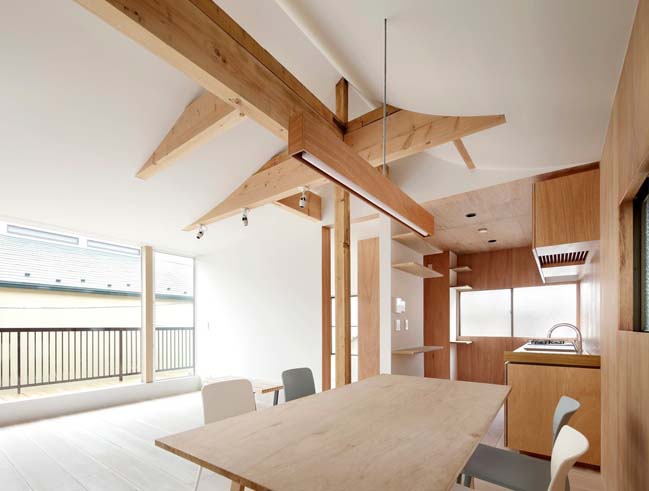 However, since private rooms were prioritized in planning, securing enough natural daylight in the common space on the 1st floor became another challenge; particularly as it faces north. Consequently, a catenary ceiling was designed on the 2nd floor to better reflect daylight into the 1st floor; this became a distinguishing feature of the house. 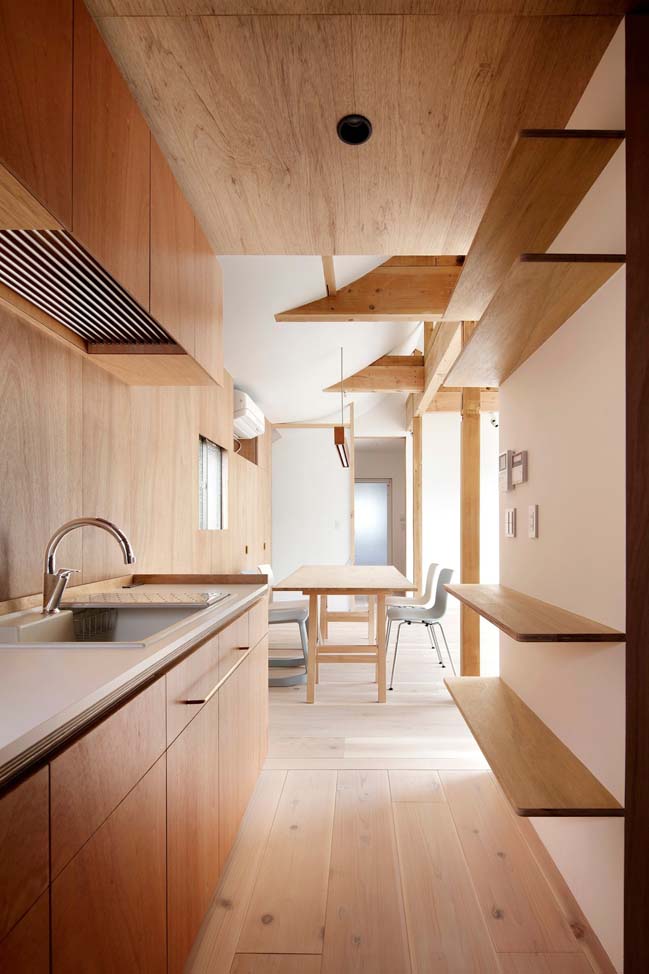 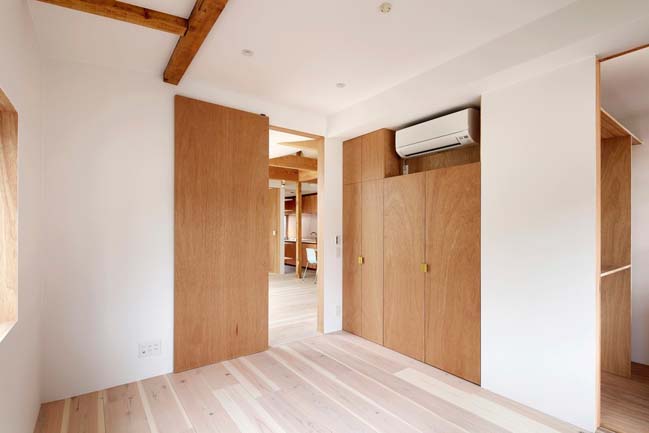 The catenary-shaped ceiling now gently envelopes all 4 generations of the family who ultimately enjoy living in a space abundant of natural daylight and ventilation. 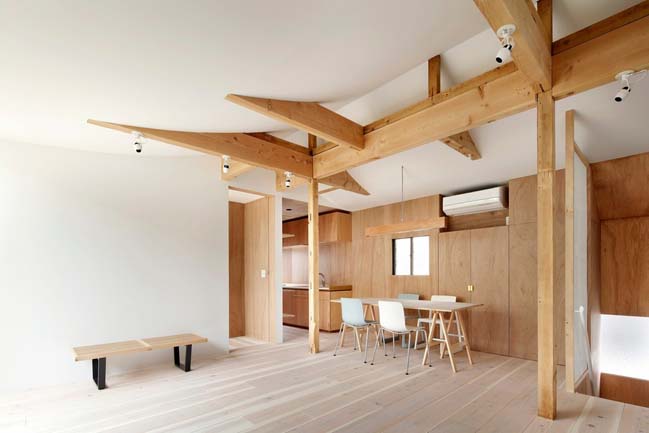 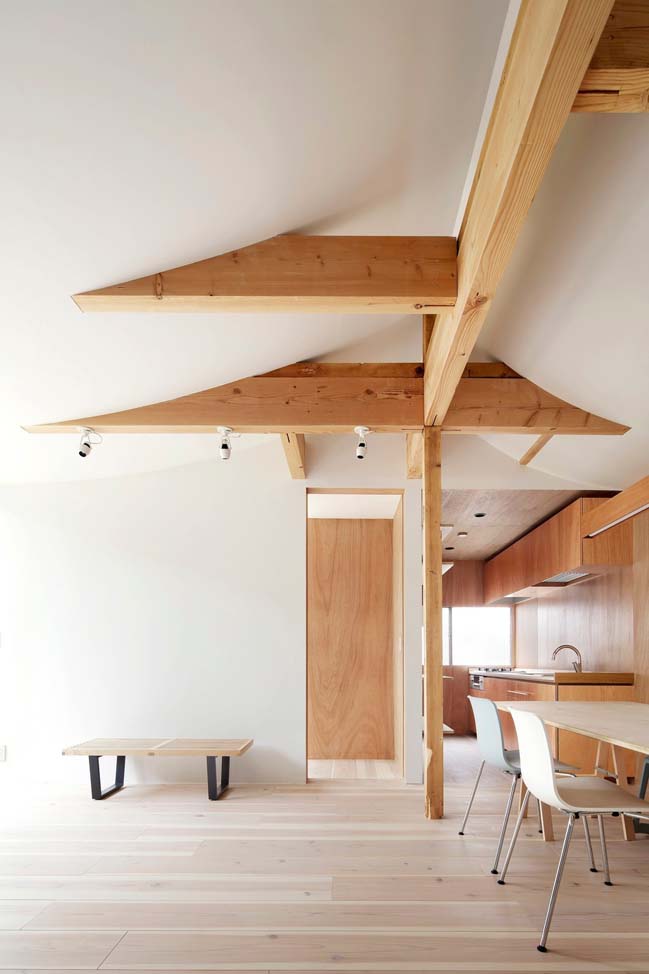 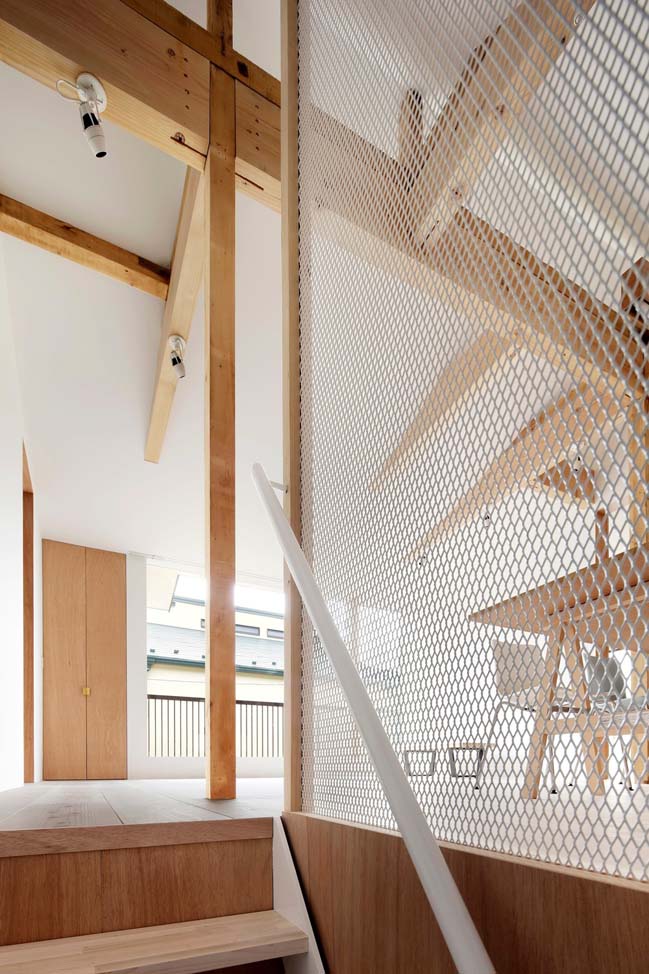 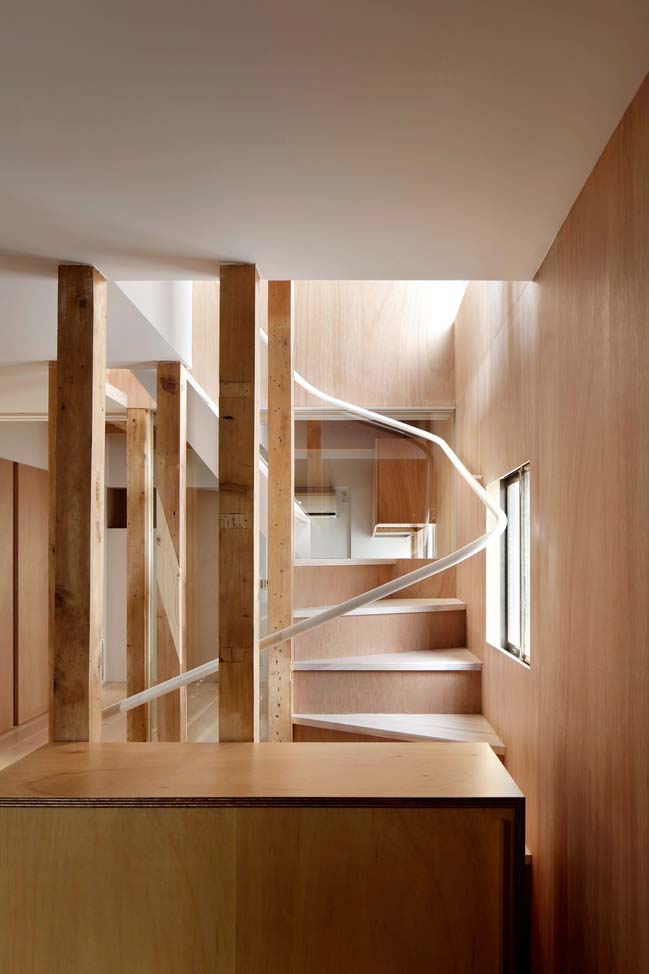 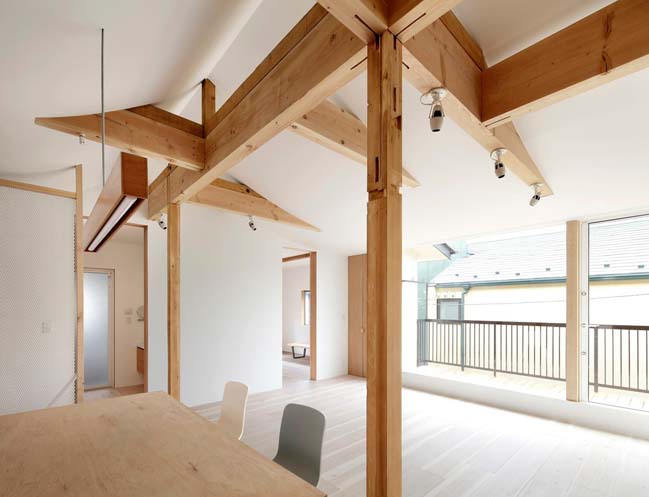 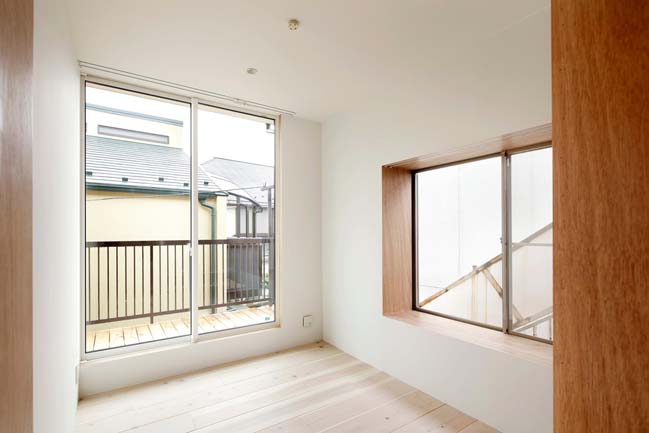 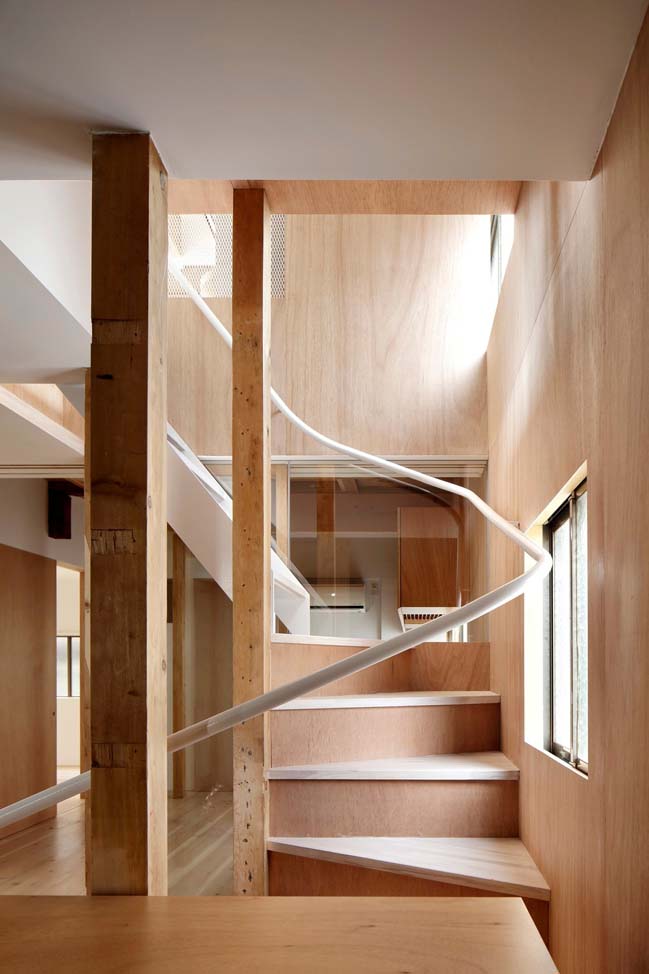 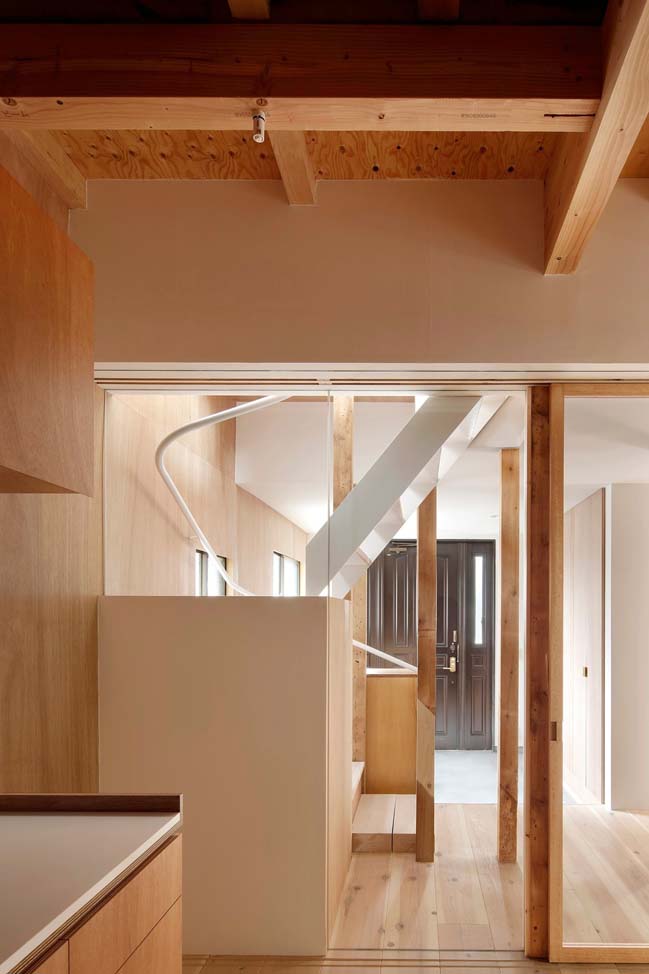