New York based design studio SOFTlab has completed a permanent installation, Stratus, in the historic lobby of 315 Montgomery in San Francisco, commissioned by Vornado Realty Trust. 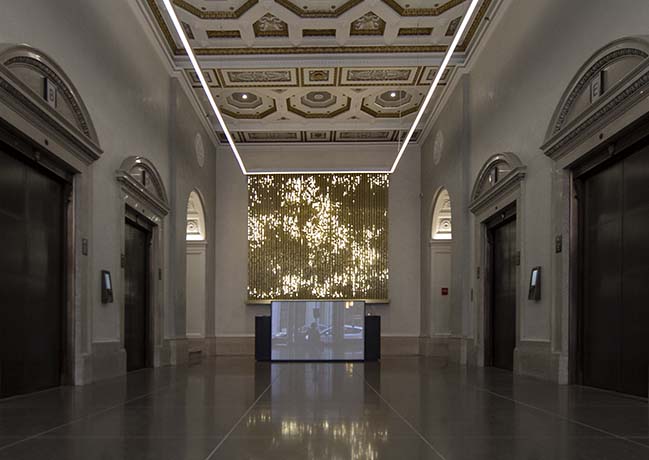 Stratus, on view from the street 24 hours a day, consists of a layered array of brass tubes that contrast with the ornate architecture of the lobby in its simplicity. The brass tubes are punctuated by a cloud like pattern of lasercut holes; each tube houses a custom LED and diffuser assembly and is programmed with a subtle light pattern that simulates air flow. The two layers of brass tubes are staggered, giving the animated light a three dimensional effect, which is enhanced as the light from one tube reflects off of its neighbors. During the day the assembly comes together in the shape of a light organ, while at night, the tubes fade into the background and the cloudlike LEDs appear to flow through the back wall of the lobby.

315 Montgomery Street, part of the Bank of America complex, is a 16story office tower in the financial district of San Francisco which was originally built in 1922. 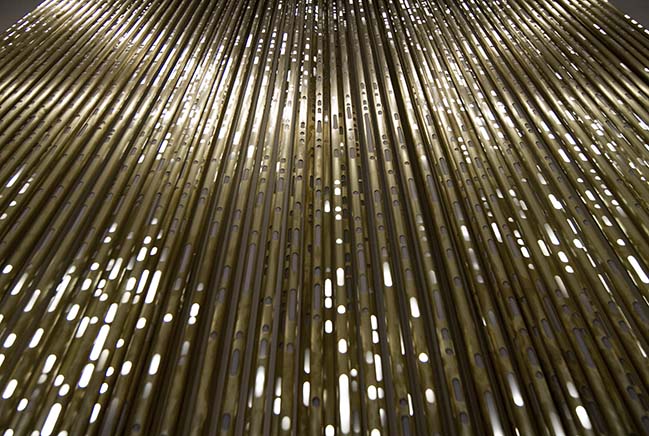 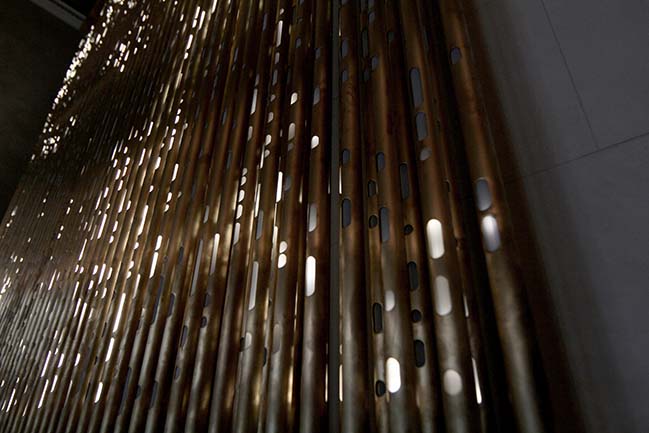 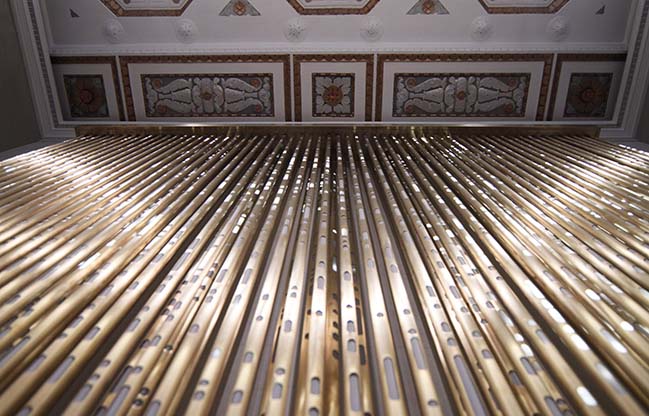 07 / 20 / 2018 New York based design studio SOFTlab has completed a permanent installation, Stratus, in the historic lobby of 315 Montgomery in San Francisco