Approved by the Landmarks Preservation committee in 2015, ODA has recently finished reconstruction of the former sugar refinery at 10 Jay in DUMBO. The sparkling jewel box on the Brooklyn waterfront pays homage to its history as the Arbuckle Brothers sugar refinery. 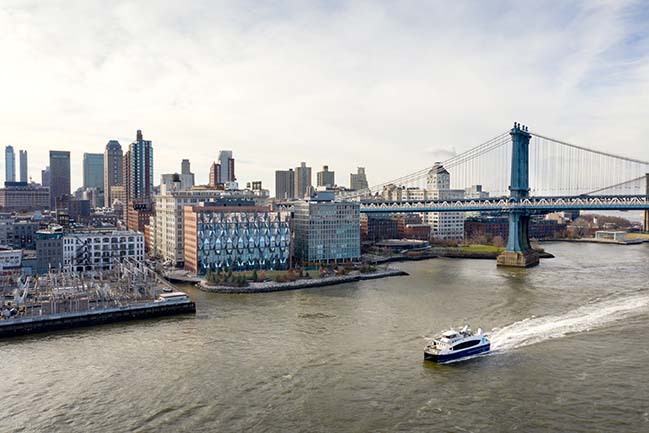 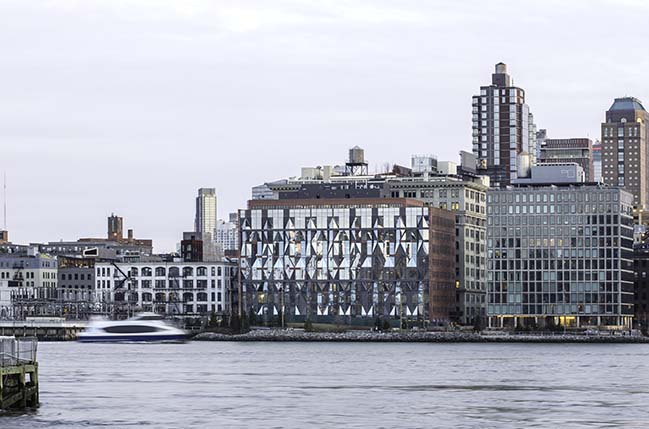 From the architect: Built in partnership with Triangle Assets, the 230,000 square foot property includes 10 stories of open floor plates, each with original detailing and characteristics that bring you back to the industrial age. A delicate balance of glass, steel, brick, and spandrels give the building a modern sensibility without compromising its industrial heritage, while the reflective facade engages people far and wide, making it a new landmark along the water’s edge. 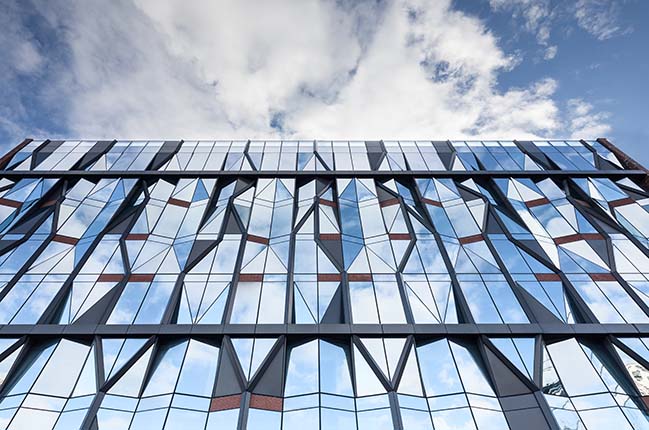 Formerly, the Arbuckle Brothers sugar refinery, which dates back to 1898 and was originally designed by the George M. Newhall Engineering Co., the building was a massive structure that reached all the way to the water, where boats could dock for deliveries and services. In 1925 it was converted into a winery, and later that decade, the front structure was torn off, leaving three of the original facades and an interior party wall exposed to the East River shore. For 50 years it was left vacant and fell into disrepair until purchased by family owned Triangle Assets in 1991. 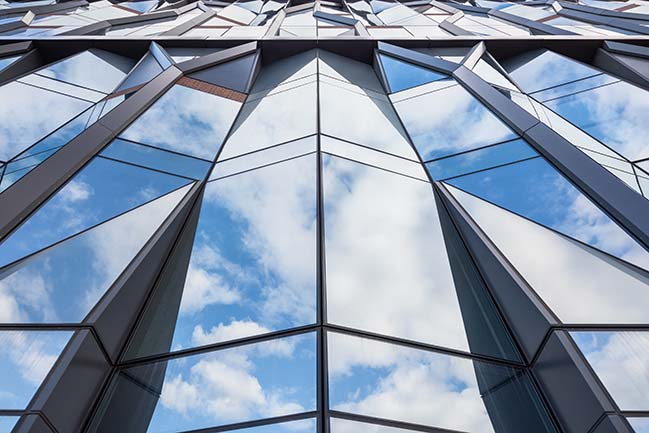 “With this design we really felt we were giving back to our community,” said Benjamin Stavrach of Triangle Assets. When it came time to renovate, they wanted a design that would preserve the unique history of the building while integrating into the 21st century fabric of DUMBO. “They just don’t make buildings like this anymore,” said Stavrach referencing the exterior brickwork, the interior terracotta arches, and the 23,000 square foot floor plates. The Stavrach’s fell in love with ODA’s design, as did Landmarks. The facade and interior earned 15 permits from New York City’s Landmarks Preservation Commission, which can hold jewel-box designs to intense scrutiny. 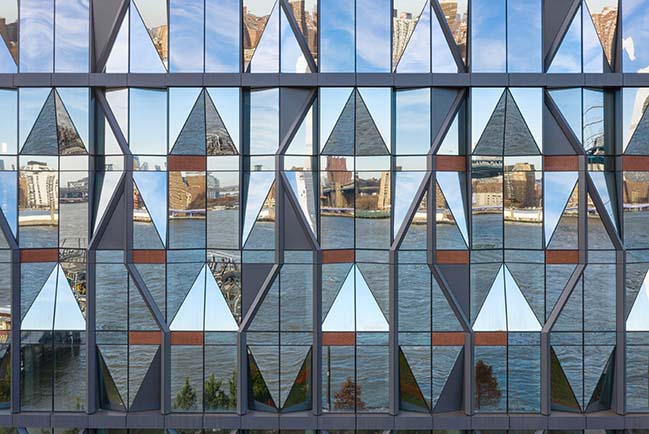 The owners donated almost 15,000 SF of land to Brooklyn Bridge Park, which is now manicured walkways and green lawns. The Stavrach’s originally planned to develop the building as condominiums, but when they saw the iconic design by ODA they couldn’t part with the property. “We fell in love with it, and we said, there’s no way we’re selling this.” Designer and developer went back to the drawing board with HPC, DOB, LPC and changed the design to commercial leases. Triangle Assets challenged ODA to reimagine the building for commercial tenants that would appeal to larger commercial businesses. “It was important to us that our building was hugged by the park. As the only privately own building in all of Brooklyn Bridge Park (all other waterfront buildings hold 99-year leases) we wanted to make sure that we were making a statement that we could stand by for years to come. You can see this building from every direction, from land and sea, it’s definitely the crown jewel of DUMBO.” 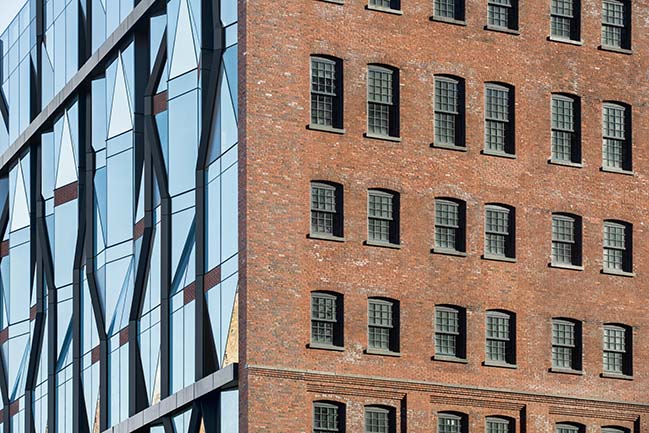 ODA dug into the site’s history, drawing a series of skins that evoke sugar crystals, broken geodes and crystalline surface that now serve to reflect the park, and the river sunsets that define its surroundings. The renovations restore the three east, north and south original facades to their historical masonry condition, plus the interior brick vault ceilings and columns. The proposed spaces offer open floors for dynamic office arrangements to enjoy wide open views of Manhattan and Williamsburg’s waterfront. Vaulted ceilings and exposed brick meet the full height glass curtain wall. In the lobby the Manhattan Bridge detail is a 12’ by 13’ drawing by artist Andrew Antonaccio made with moss. The elevator 17’ by 13’ wall is a stone interpretation of the waterfront facade. 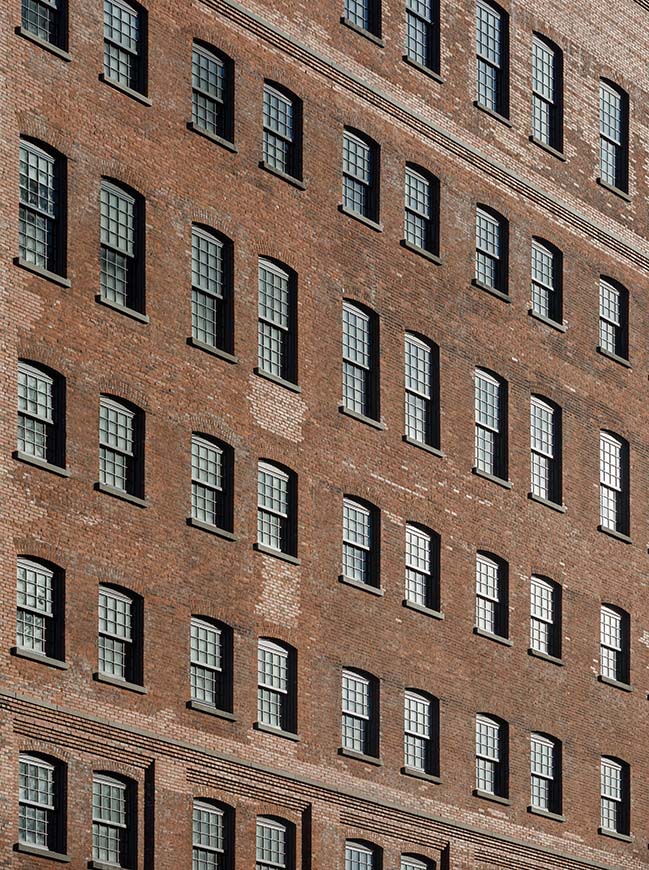 As the conversation surrounding heritage and preservation grows, 10 Jay Street is a prime example of how cities around the world recover and readapt buildings. The design dared to challenge the way landmark buildings are seen and, in doing so, created unique threads to link old with new, the industrial age with the digital era, and create a product for the modern age. 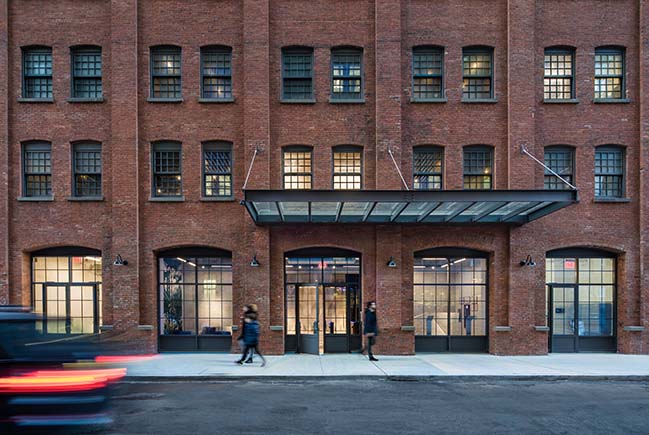 “10 Jay Street is a great example of the guiding principles that should steer the development our future cities,” said ODA founder and architect Eran Chen. “It’s a fresh approach to preservation, the mixed-use program gives the building a new purpose, shifting business hubs from city centers to peripheral neighborhoods, making Dumbo a place to live, work and play. The outcome is intended to be both beautiful and provocative. I believe 10 Jay will stand as an example for growing cities around the world.” 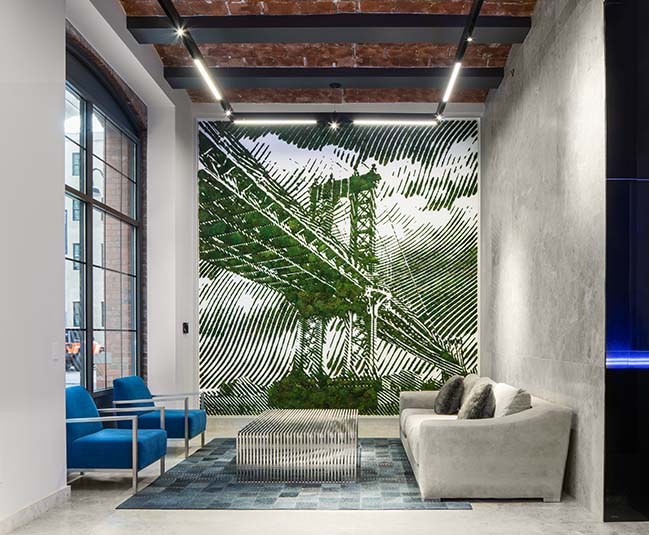 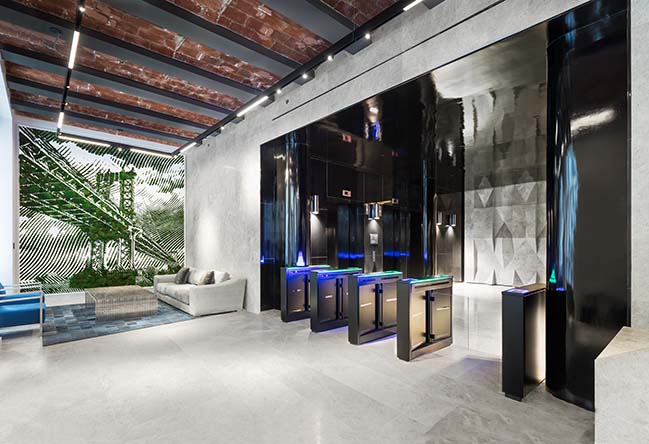 YOU MAY ALSO LIKE: ODA New York tapped for Rotterdam's Historical Postkantoor 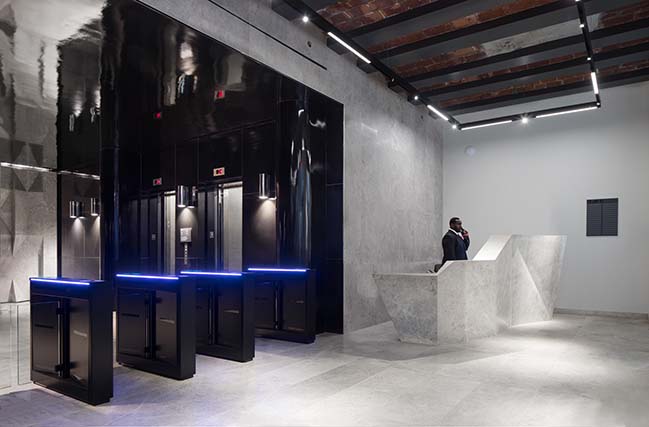 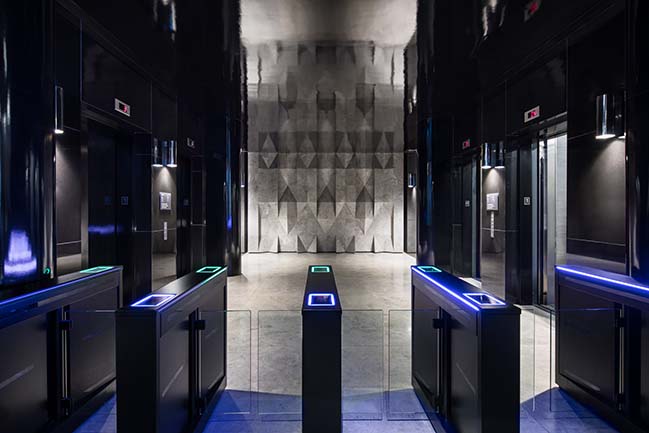 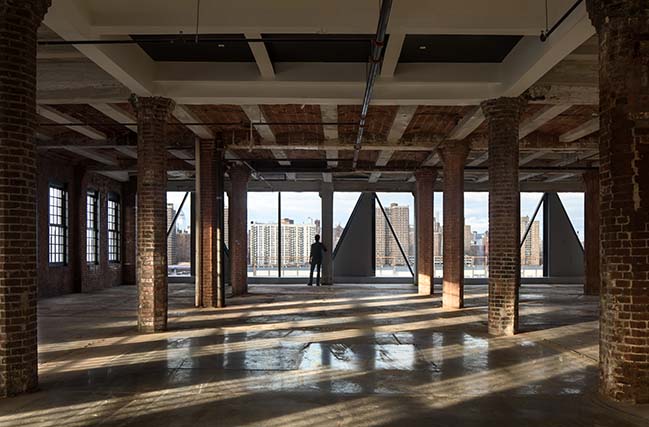 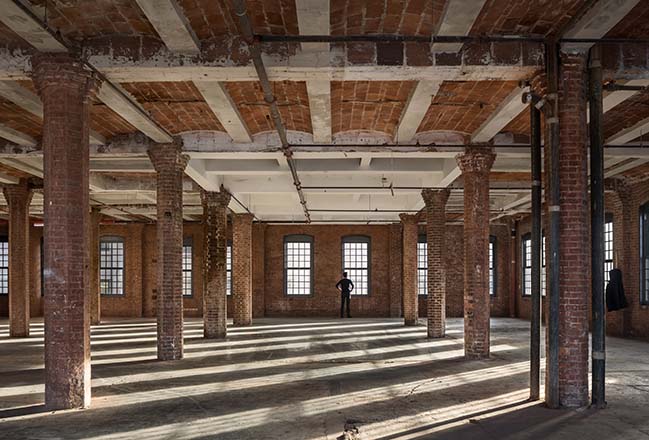 YOU MAY ALSO LIKE: Vessel by Heatherwick Studio opens in New York 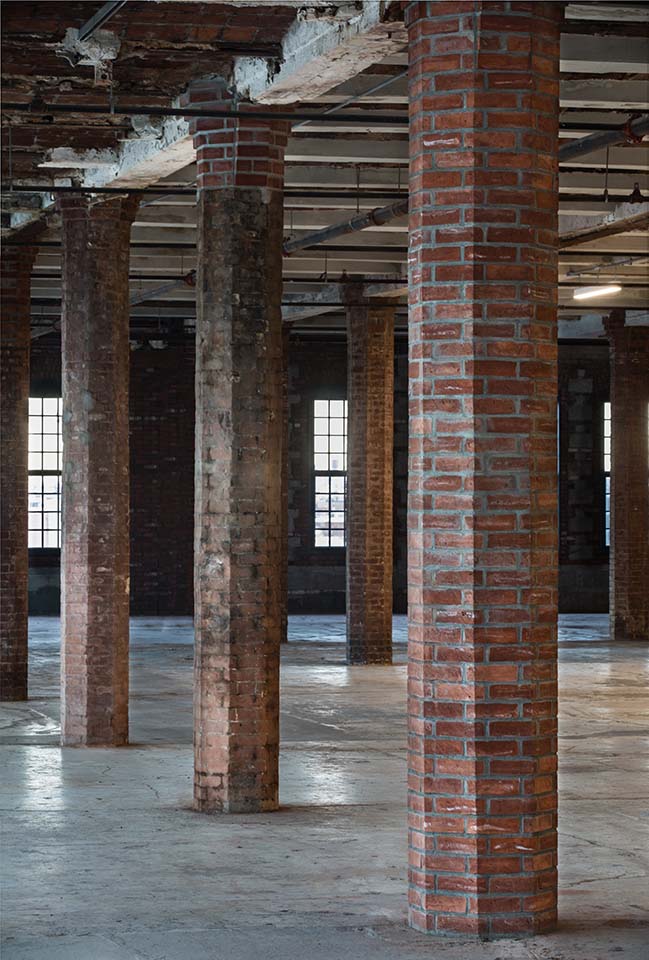 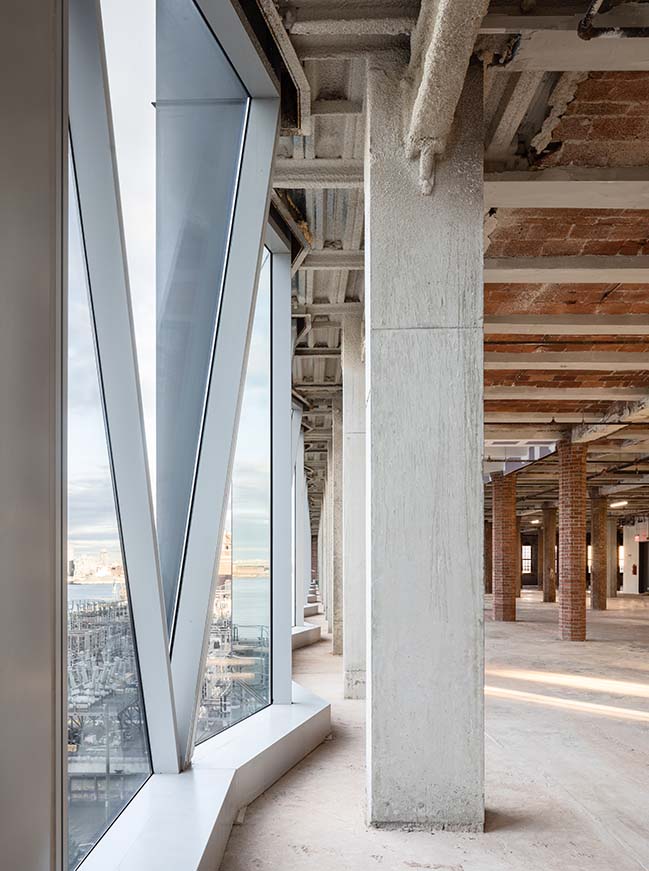 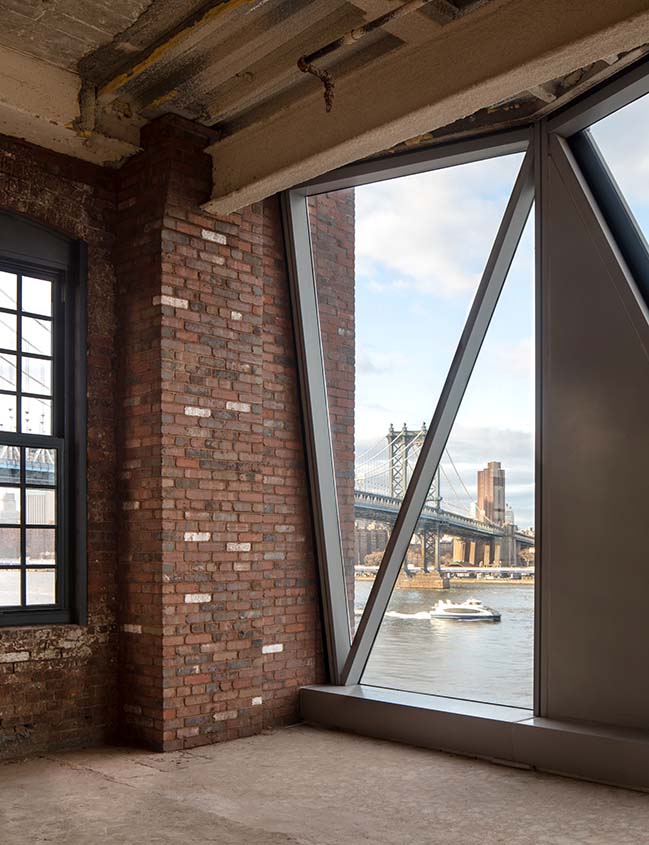 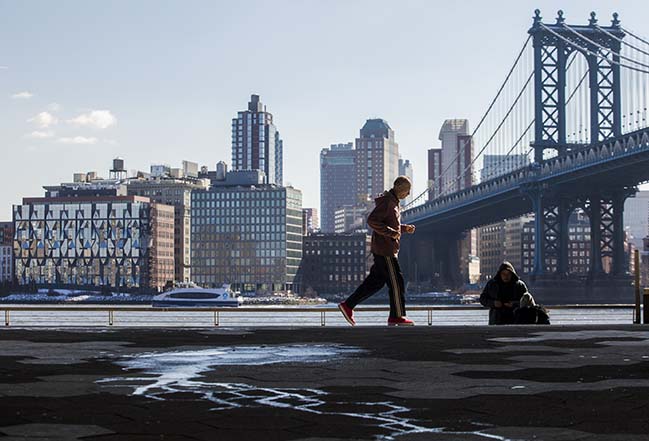 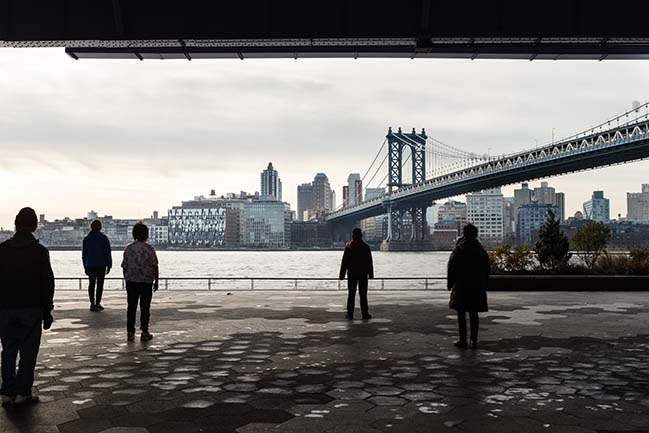 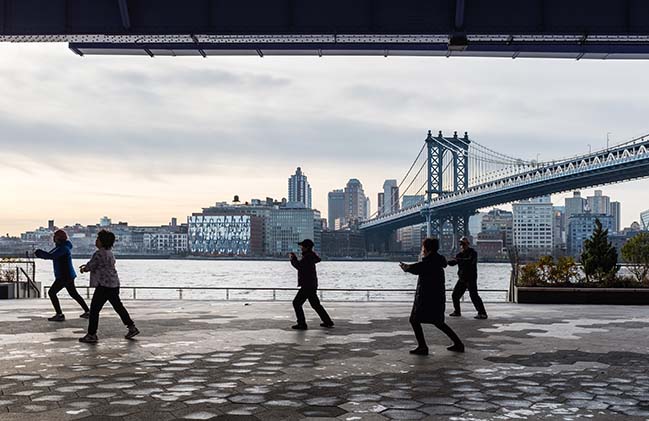 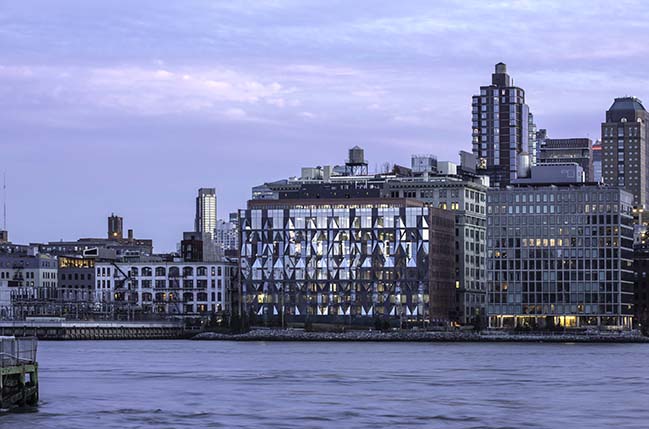 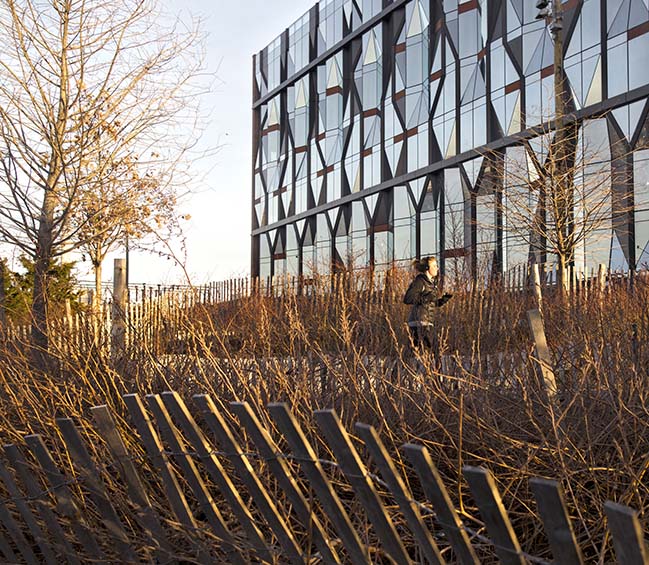 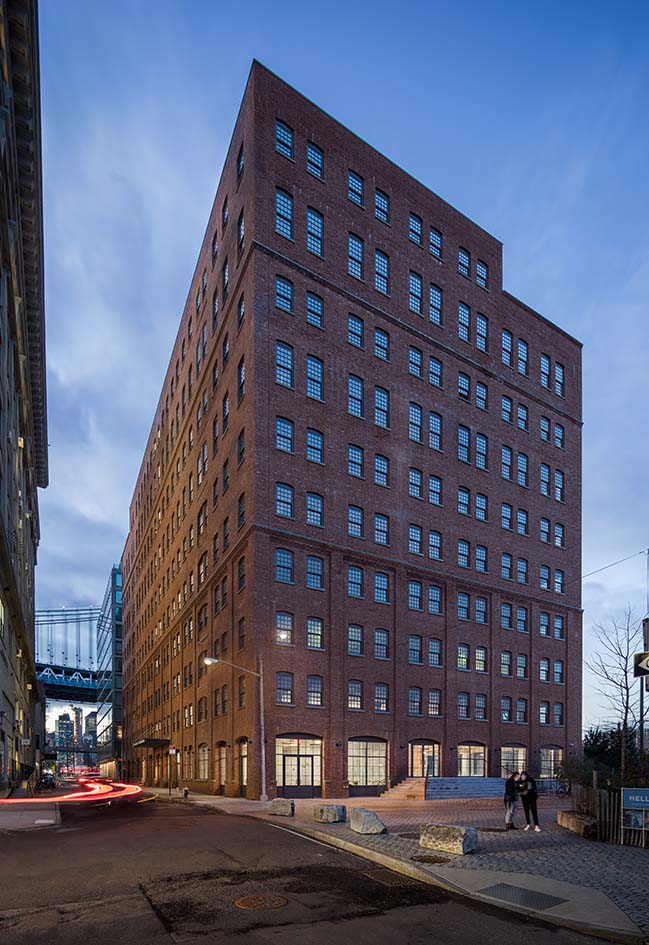 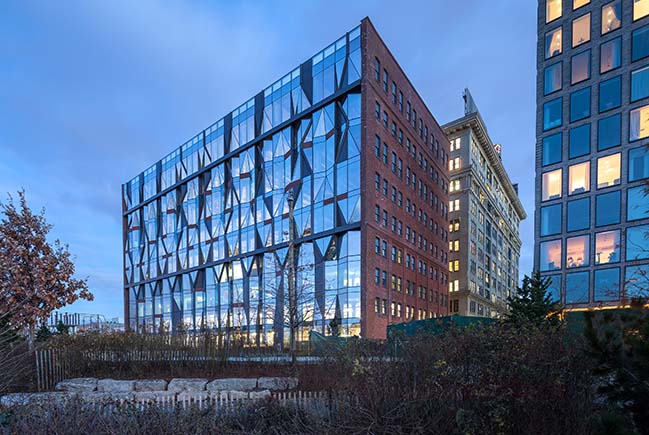 04 / 07 / 2019 Approved by the Landmarks Preservation committee in 2015, ODA has recently finished reconstruction of the former sugar refinery at 10 Jay in DUMBO