This is a beautiful architectural concept by Snøhetta with a futuristic design for the Makkah Metro C-Line Stations in Makka, Saudi Arabia. The project is the future vision and goals of the city. 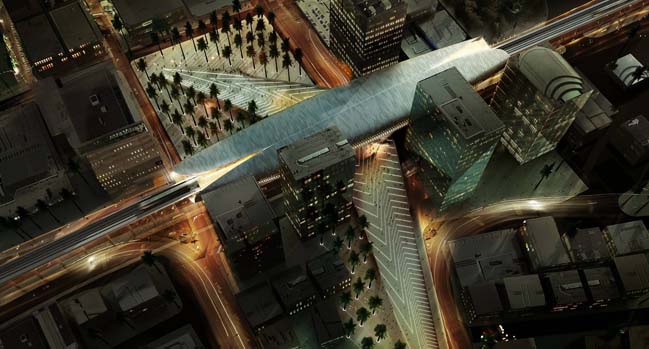 From the architects: The Makkah Metro C-Line Stations envision the unique fusion between the ultra-modern technology of the metro system and the historical richness of Makkah. In this way the architecture acts as a framework - both for understanding and enriching the places it meets along the metro line - and for projecting the future vision and goals of the city. 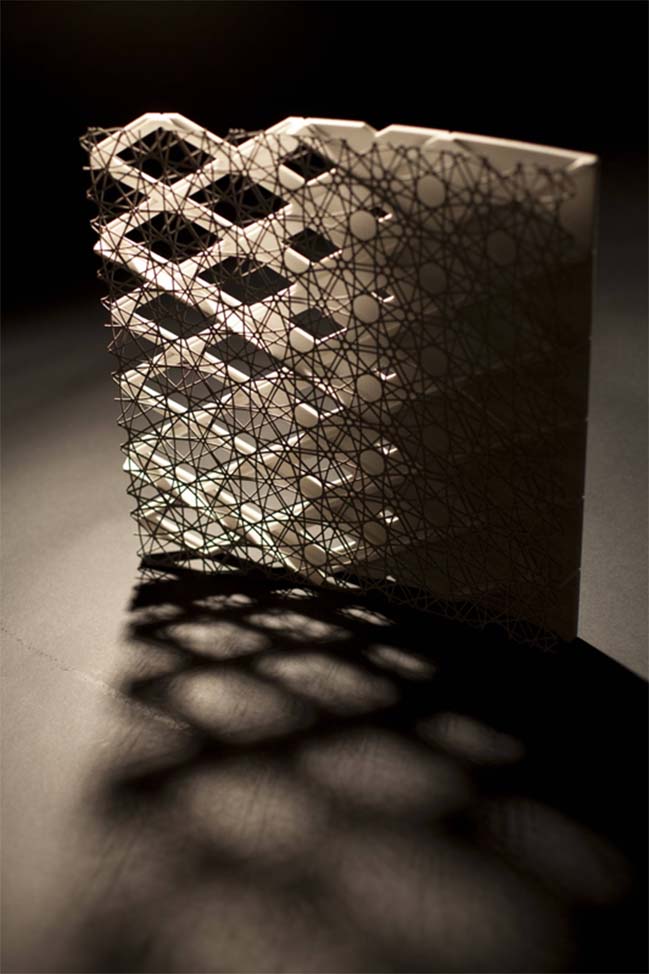 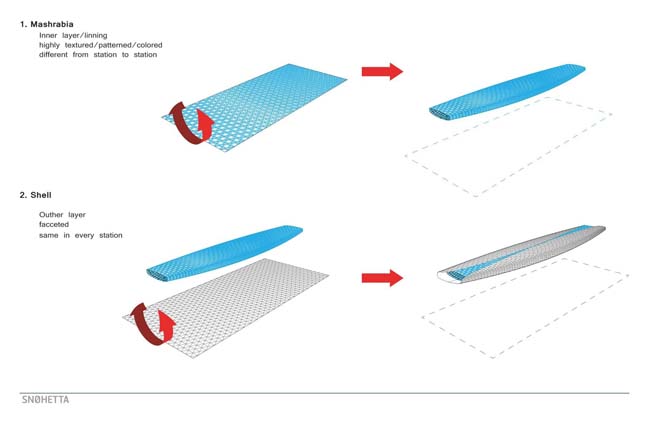 The station – a sleek skin of the future, hovers delicately above the rising urban landscape of the city, creating a new public arena in the space between the ground and the sky. Linking again with tradition, the wrap is a unique ceramic tile with varying degrees of textures and signatures developed in cooperation with local artists. 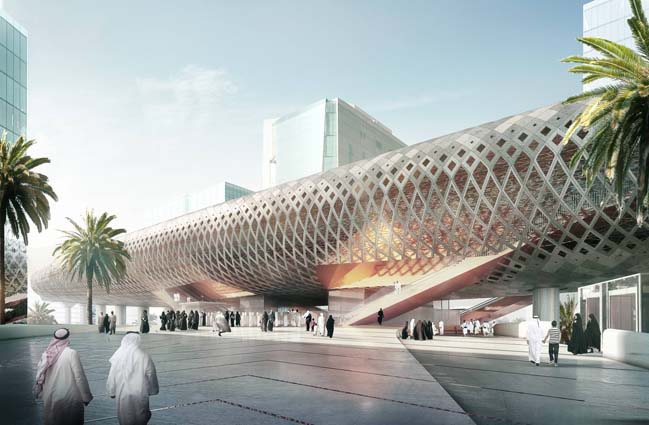 On the inside, the hard shell of the station is revealed to have a soft and ornamented interior consisting of a complex yet contextual mashrabiya screen. The screen links both history and technology, consisting of traditional patterns applied through the latest of computer and fabrication technologies – symbolizing the duality between the future and the past. ​From station to station the mashrabiya screen changes again in color and material offering each station a personal signature whilst retaining a coherent identity throughout the line.

The meeting point, suspended between these two moments, as the plaza rises and the station reaches down, represents the common link between these two distinct elements within the public realm. Creating a bold yet elegant icon for each station – the design defines the network as a coherent unit changing slightly from station to station, because of the different city pattern. 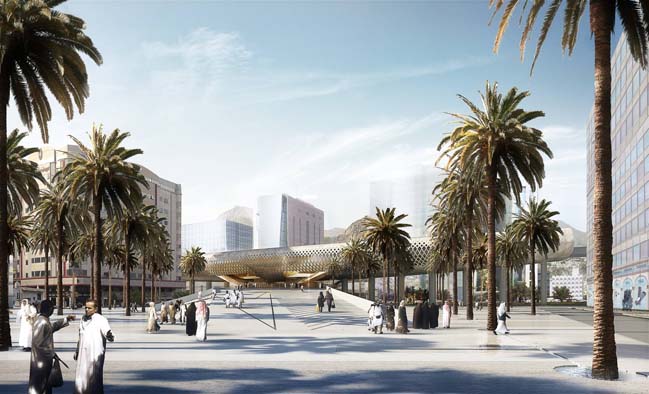 Utilizing a highly adaptable strategy for the demands and constraints of the site on the landscape, the new urban plaza connects, orients and safely manages both large and small groups of commuters and pilgrims from all parts of the city and the world - whether departing and arriving on a daily basis or for the first time.

08 / 10 / 2015 This is a beautiful architectural concept by Snøhetta with a futuristic design for the Makkah Metro C-Line Stations in Makka, Saudi Arabia